How can a texture converted to be tileable (seamless)?

When using photos as textures they are usually not tileable and create patterns like: 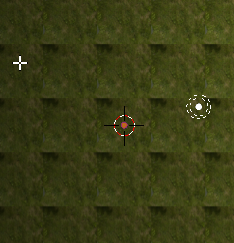 Is there any method in Blender to make images tileable?

I started this with a picture of some bushes and used the Import Images As Planes Addon(bundled with Blender) to load the image in. This Addon automatically handles the UV and Material generation however you should redo the UV's by choosing the Reset option because the Import Images as Planes Addon leaves a margin that will create artifacts for painting seamless textures.(That may not be true anymore, this post is very old).

Definitely set "Bleed" to "0 px" in the Texture Paint options. It will cause artifacts at the seams. 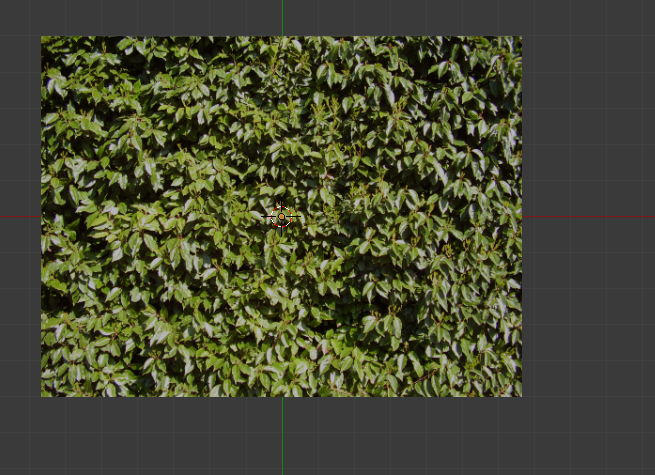 Next, I added 2 separate Array Modifiers. One for the X direction and one for the Y axis. Each modifier used mostly default settings but with the Count set to 3 and Merge activated. 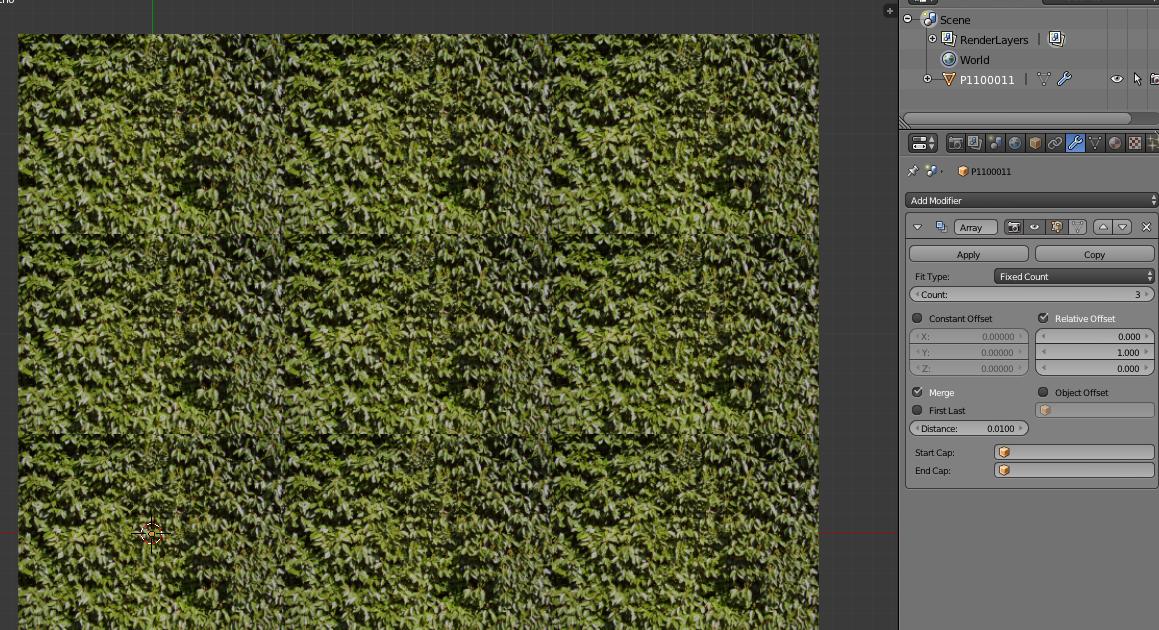 This setup uses a duplicate of the image on the hard-drive to avoid painting both to and from the same image at the same time.

The second copy is loaded onto another plane using the same Addon from step 1.
I used this image as the Clone source by moving the 3D cursor onto it and Painting on the planes that were Arrayed.
You may have to join them together to get this to work depending on your setup. 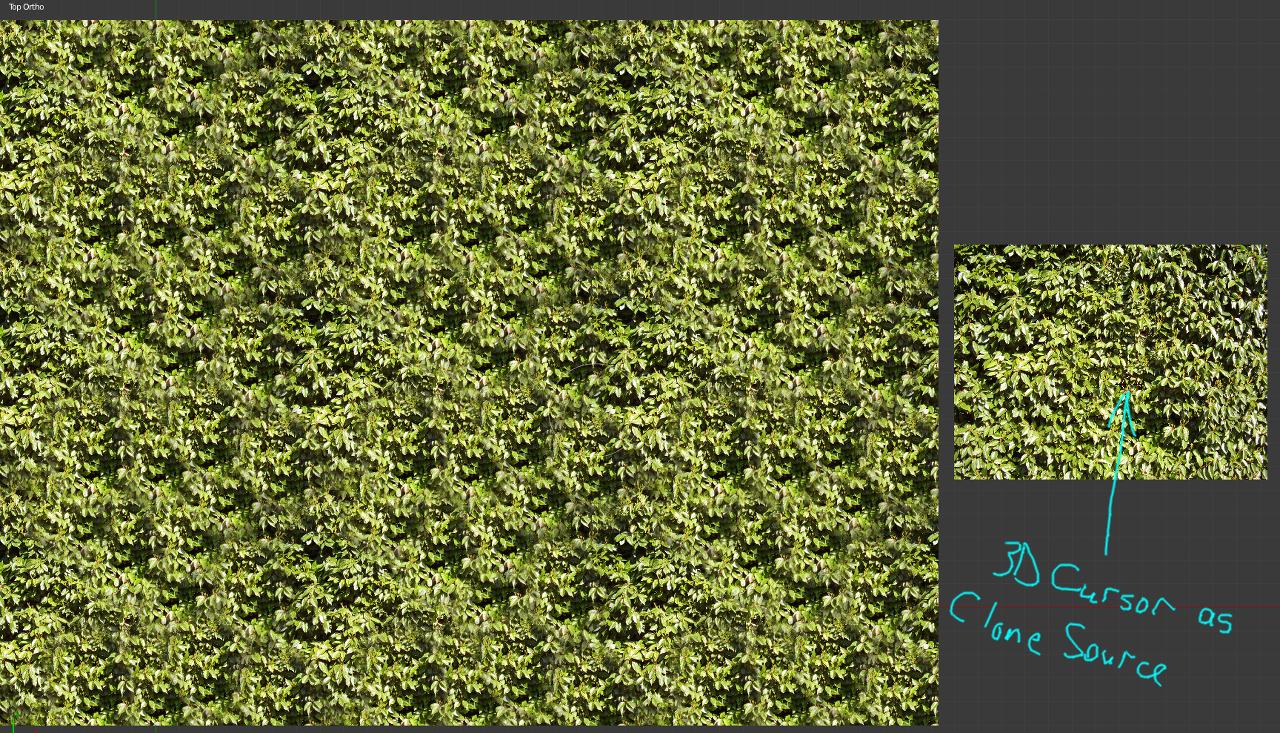 So long as you only paint on the center tile, everything you paint at one edge will be automatically tiled across to the opposite edge because both the left edge and the right edge are attached by virtue of the Array modifier. Since they all have the same UVs, you really are painting on both the left and right sides simultaneously so far as the Image Editor and the painted image are concerned. The top and bottom edges are also attached by the second Array modifier so the same thing is true for those two edges.

The advantage of using Blender for this is that we can also paint-out the areas that show an obvious repeating pattern.

Because I used a round brush with that has a falloff curve, there is a noticeable blurriness due to the mixing at the edges of the brush. Some of the old image remains and is mixed in with the clone brush results.

You can avoid this blurriness entirely by using the far-right preset that is basically a binary type thing; it's either on or off. There is no mixing at the edges but this now creates a sharp circular pattern when using a round brush. You can hid this by creating a mask texture that has a random pattern and setting the Mask Mapping Option to Random. These settings are shown in the next image. 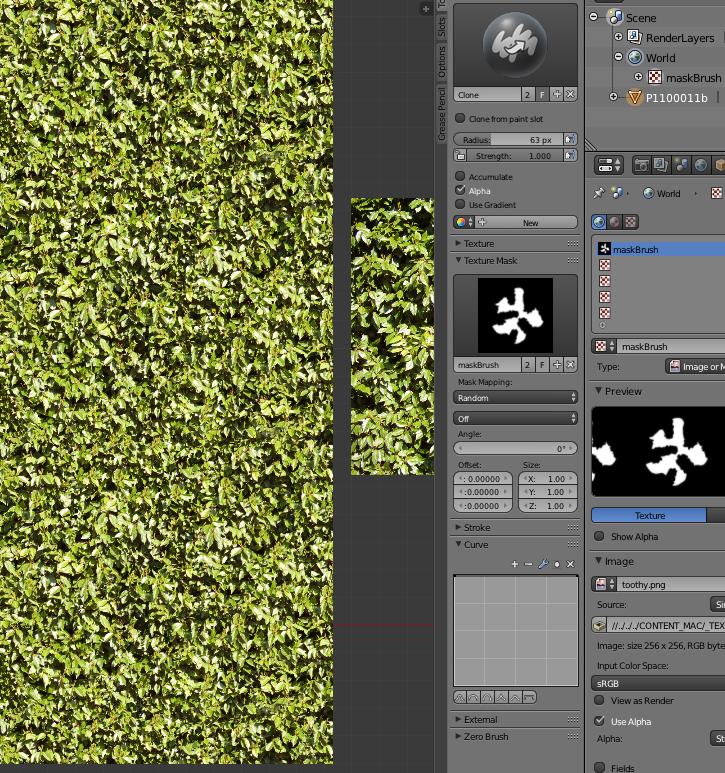 Blender's UV / Image does not provide such a functionality (AFAIK). This can easily achieved by GIMP.

After copying a region from the photo into a new image (preferably with dimensions as a power of two e.g. 1024x1024 pixel) 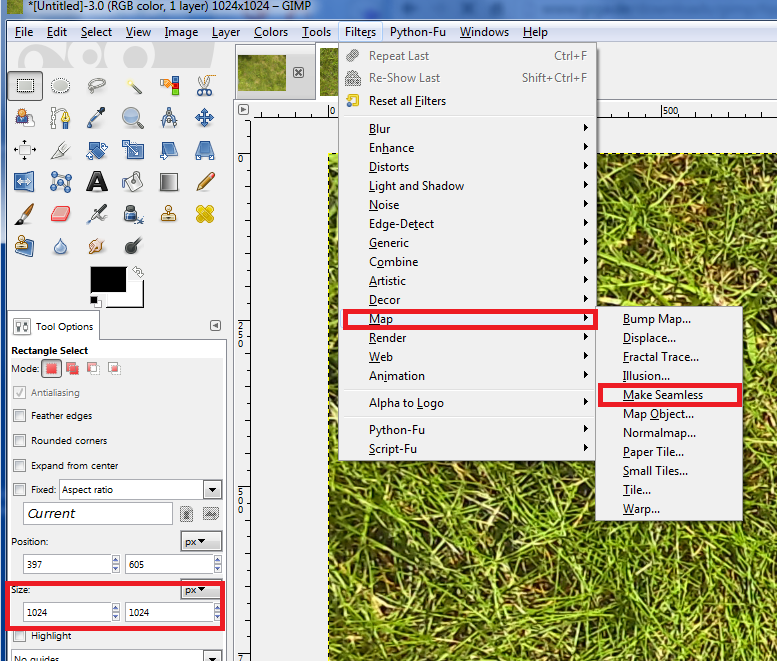 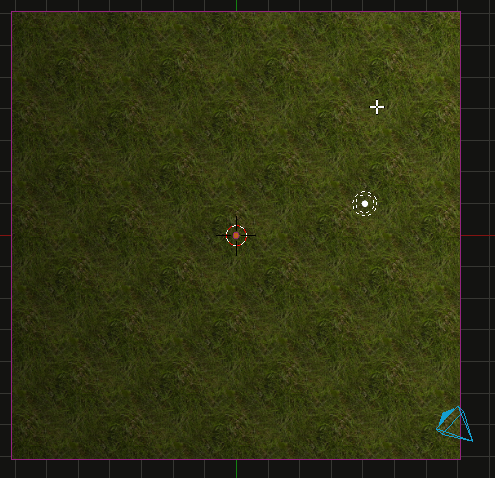 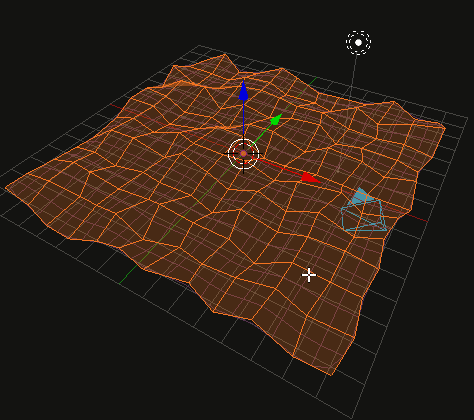 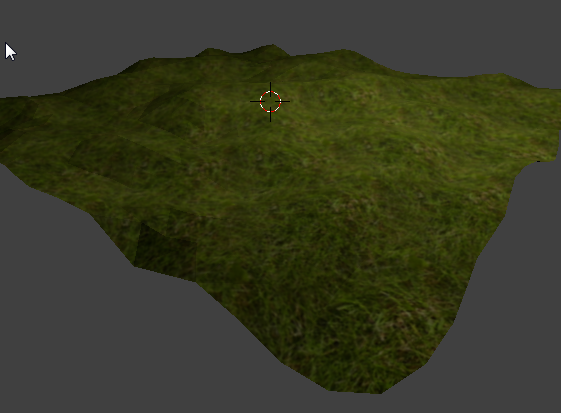 0
Texturing a sphere with a tiled texture
19
Unwanted patterns in texture from repeated, seamless image
6
Need Texture To Fade Around the Edges
11
Why should texture resolutions be powers of 2?
5
Is it possible to blend a tiled texture with itself?
2
Blender Texture/Model Seam Problems
0
seamless texture in blender
1
Repetitive Texturing

1
Smart UV project unmapping outside of UV space
58
How do I create repeating patterns with cycles' procedural textures
0
i want to create empty texture slots so i can add texture images later on
0
seamless texture in blender
3
Rock PBR Texture Creation within Blender (Procedural) for export in game engines
9
How to make tileable procedural noise texture?