As per the instruction, if we want the camera to capture the viewport we have to press ctrl+alt+numbpad[0]. This works for native blender geometry. But when i import the object in .obj format to blender, everything seems ok but the camera doesnt capture viewport using the shortcut.

Is this a known issue?

From trying to replicate the described problem, I found this potential pitfall (which has been confusing new users for years). The camera actually does move to the new viewpoint, but only shows grey. If that is the problem you're having... it's because each Camera has its own Clipping Distance limits. 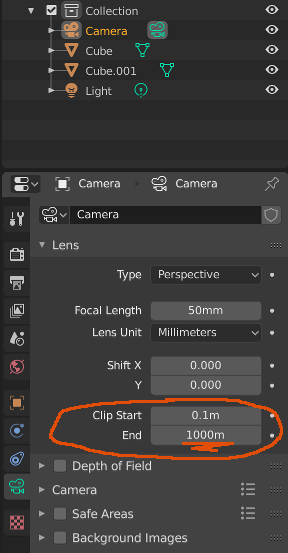 Once you've moved it far enough out, make sure the Camera's Clip End is increased enough so it encloses the distance back to the origin.

Not the answer you're looking for? Browse other questions tagged 3d-view camera or ask your own question.

-1
whatever I do , I can't change camera view