How to create more realistic shadows?

Obligatory disclaimer: This is my first post on blender.stackexchange so forgive me if my post isn't on par with what's usually asked here.

I'm running v.2.80 of Blender currently and I have a video that's already been tracked, and my scene has been set up so that this tile sits on the wall of the building. 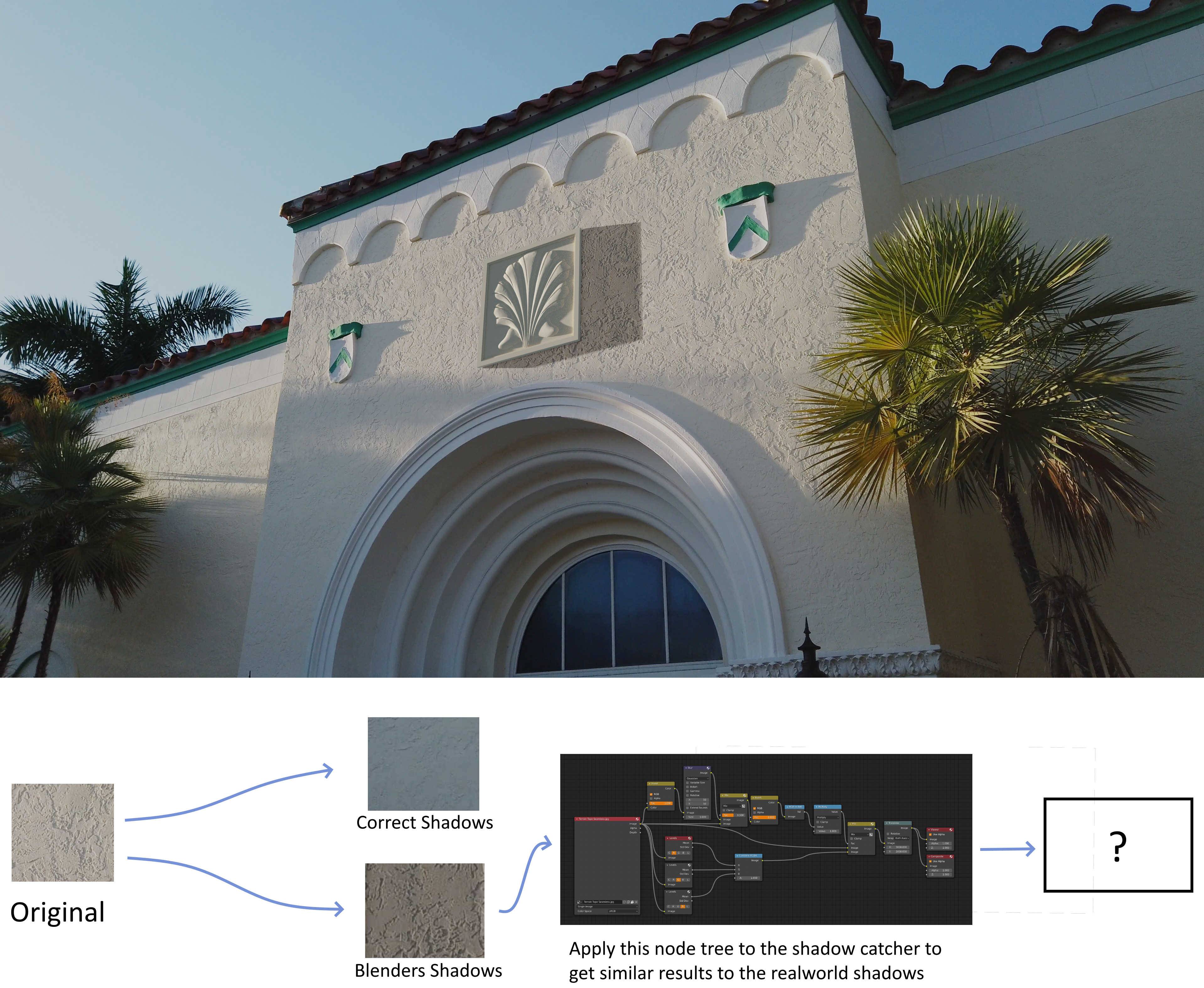 However the shadow of the tile doesn't match up with the rest of the scene (which is just the default shadow catcher). I currently have a compositor node set up in another file that I want to use in order to get the following result:

How can I set up the shadow catcher so that only the part of the video that it's casting over will be affected by the compositor node?

Edit 1: The scene has been set up with a Sun, and the world's color has been set to blue those are the only two sources of light. I've tried using a area light instead of global lighting and the results are the same.

Browse other questions tagged node-editor transparency shadows or ask your own question.

8
Is there a way to utilize emissions in VFX?

15
Render shadows over a transparent background in cycles
0
Create "Floor" plane in cycles?
3
Smoke Domain casts grayish box
3
Is there a way to keep the shadow but turn off the light in EEVEE render
3
Material that receives shadows but no shading
2
Realistic folded transparent/translucent shadows