How do I fix line in character? [duplicate]

Ask Question
Asked 7 months ago
Active 7 months ago
Viewed 30 times
0
$\begingroup$
This question already has answers here:
How can I fix the non-stitched seam that is present after applying mirror modifier? (2 answers)
Closed 7 months ago.

I was trying to smoothen my character by pressing Ctrl + 5 ; it made it smoother but I ended up with a line and a crease in my character. 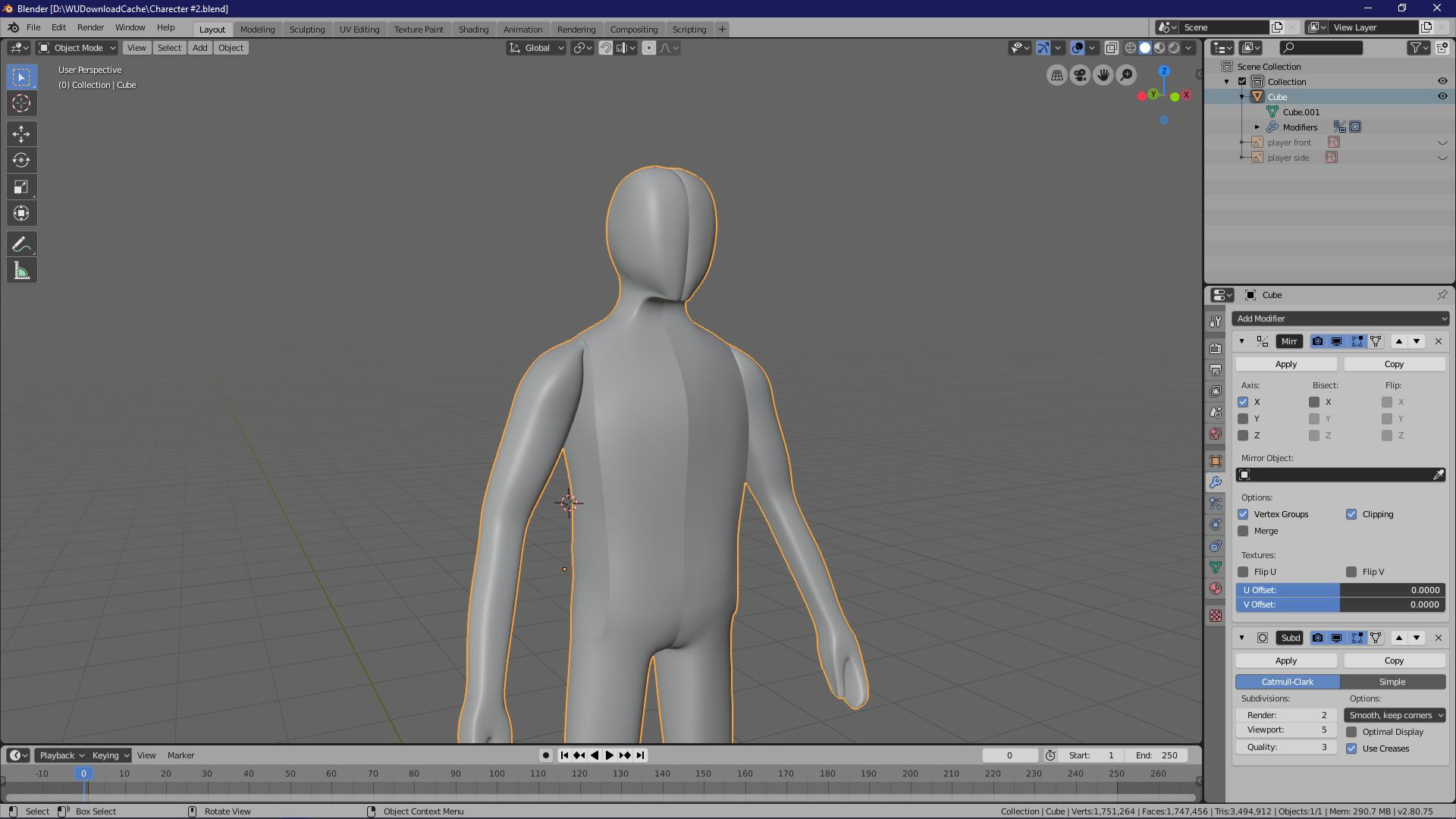 The first thing to try is enabling "merge" on the mirror modifier.

(Corrected/updated answer - initially had misread the question assuming you had applied 'smooth' operation, which actually changes the base mesh. Ctrl-5 does not actually change the underlying mesh.)

What's happened is that the smoothing is averaging vertex positions inwards, but the 'clipping' option of the mirror modifier is keeping vertices on the centre-line in place, so the center-line vertices don't move.

Note that pressing Ctrl-5 is shorthand for adding a Subdivision Surface modifier with 5 subdivisions in the Viewport (which is usually overkill). That Subsurf Modifier has a 'Render' level of 2 - which means you are seeing more smoothing in the viewport (5 levels) than you will when you actually render an image.

0
How to make character-mesh deform naturally when animating?
4
Line between two 'empty's
1
How to straighten a jumbled line?
0
How can I fix this SubSurf Modifier issue?
2
Weird line between mesh connections
0
Soft body for a round character