How to get really defined plane changes? 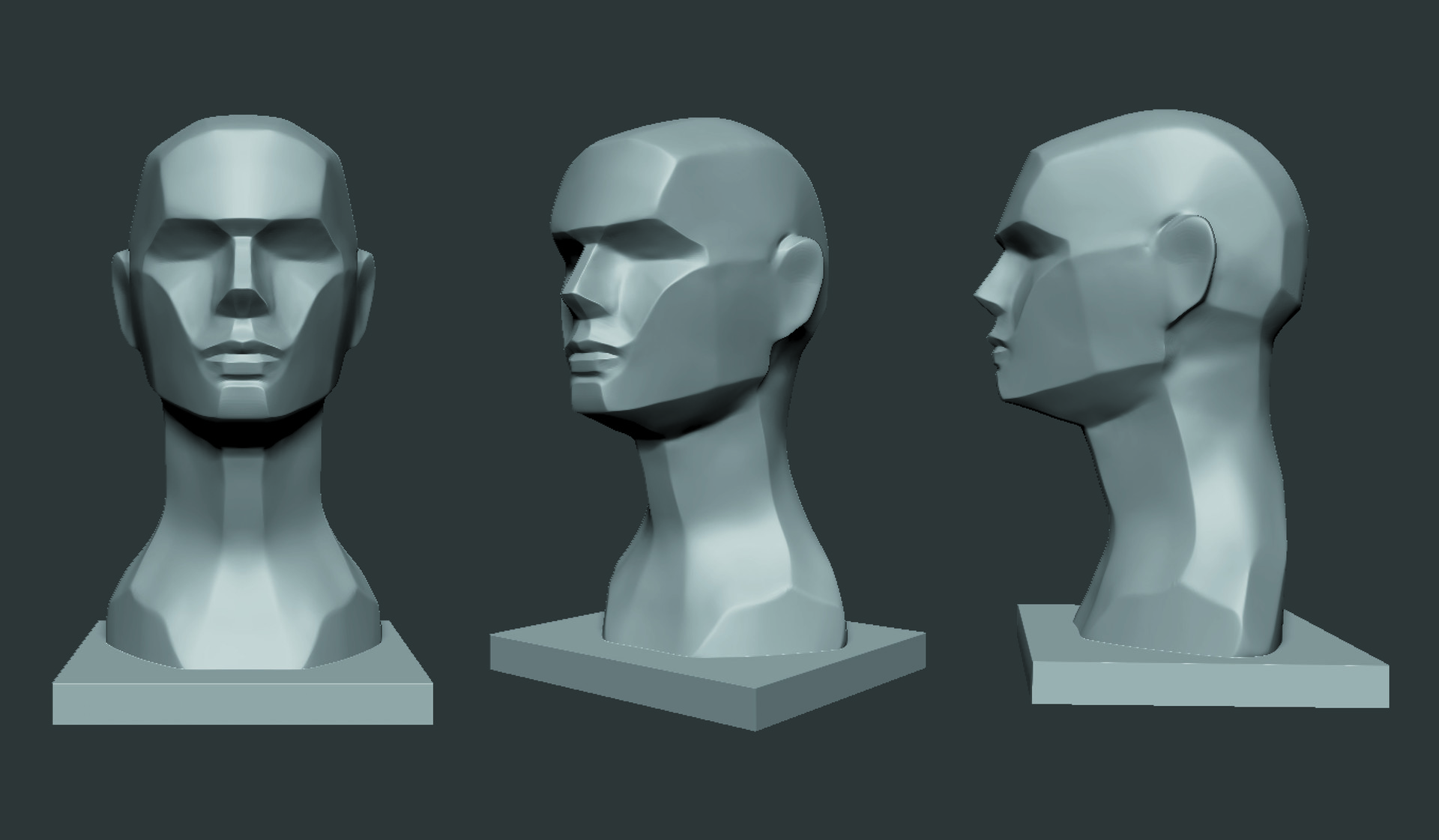 I think I have the anatomy and topology right but I can't figure out how to bring out those sharp edges and obvious plane shifts. Anyone know how to do this? 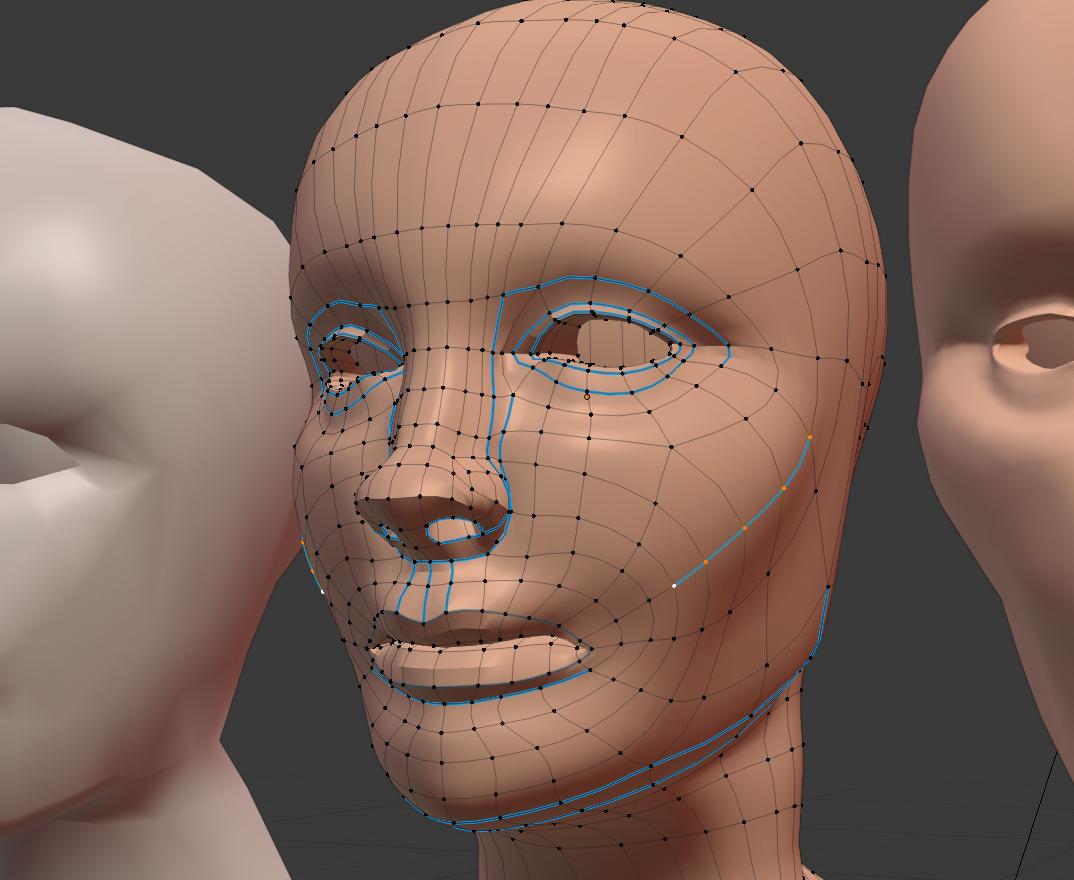 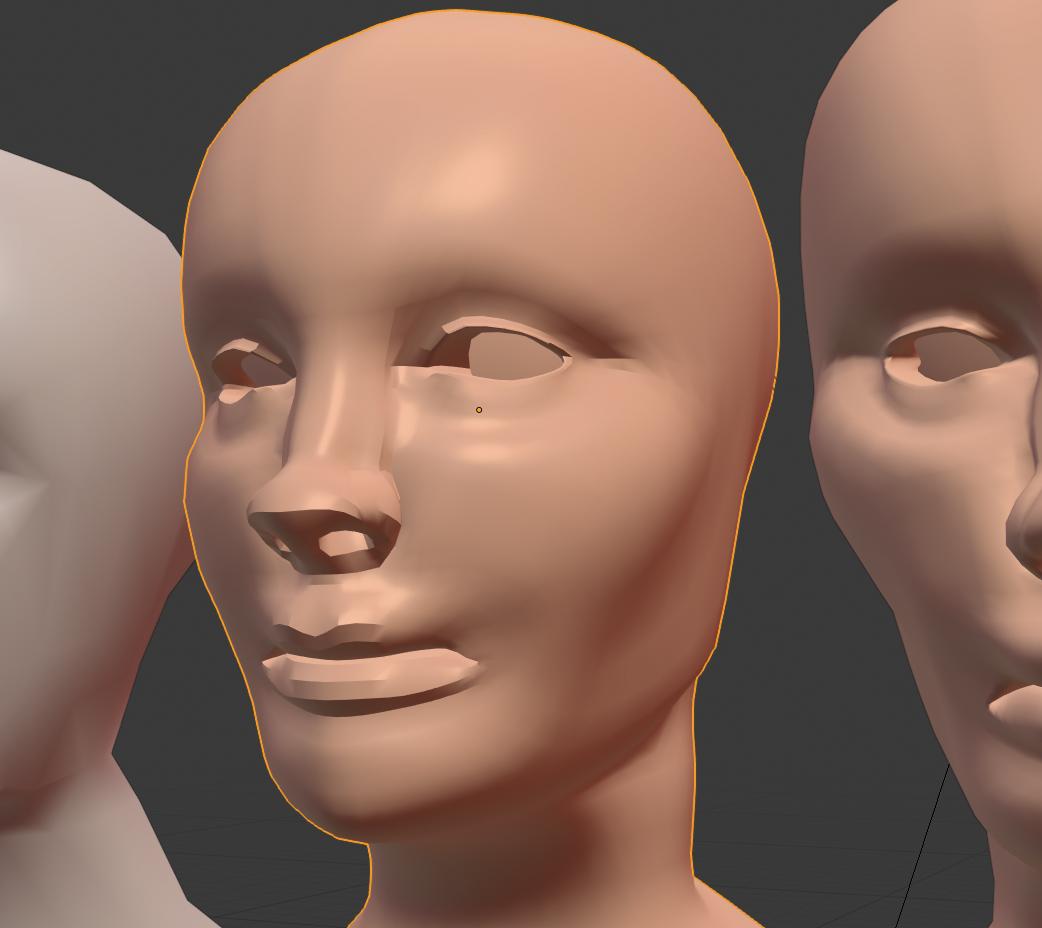 Edit: I mostly box module so a non sculpt mode solution would be preferred

Even though you are using subsurf and manually poly modelling, you can still use sculpt mode and its tools to shape/edit the mesh, without damaging the topology at all, so long as you don't enable DynTopo.

Maybe you've not ventured into 'hard surface modelling', but perhaps surprisingly, that's where I found the kind of techniques you seem to be looking for - i.e. high poly subsurfed machine shapes which have abrupt seams / holes with nice edging - you may find that's closely related to this question.

To create those crisp edges, you need to deliberately counteract the smoothness the subsurf is giving. So, first you need edgeloops running along the lines where you want that sharp delineation. Then, crucially, you need to sharpen that edge so it isn't rounded out by subsurf - either by adding another loop cut on either side of it, or by adding edge creasing.

Extra loop cuts: (pulled in close to define the turn) - are my favoured method. Typically you need two new loop cuts, one on either side of the corner loop, in order to 'pinch' it sharp enough. This does let you individually tweak either side of that corner individually, with edge slide (g,g). The downside is you do have more geometry to deal with, and 'less clear' topology in some sense.

Edge creasing: (shift-e, move cursor outward, click to confirm) can be more easily taken back out (and doesn't upset your other topology) but it doesn't offer as much control, and in order to create corners properly you often have to mess around setting crease amounts on loops that aren't really ones you'd want to crease.

I suggest that you select the edges you want sharpened, press n to access the panel it brings up (if anyone knows what it is called, that would be helpful) and under edge data you will find a value called crease. increase this, and you might get the effect your looking for.

3
How to really make it only “one object”
0
Really weird white highlights on mesh?
3
Separate distinct internal closed volume (automated)
1
Insetting a non-closed mesh into a solid object
0
Blender 2.8 Subsurf Modifier really weird
1
Is there really no delete or cut?