Every time I try to apply a Boolean Modifier, I get a "Report: Error" that reads "Modifier is disabled, skipping apply." Also, the Boolean button appears in red (is this normal?). I am just using two basic shapes, a cube and a cylinder, so the geometry can't be the problem (I guess).

Anyone know how to fix this? Have I disabled Boolean accidentally or am I just missing some step here?

Please be patient, I'm a total noob and would appreciate any input. 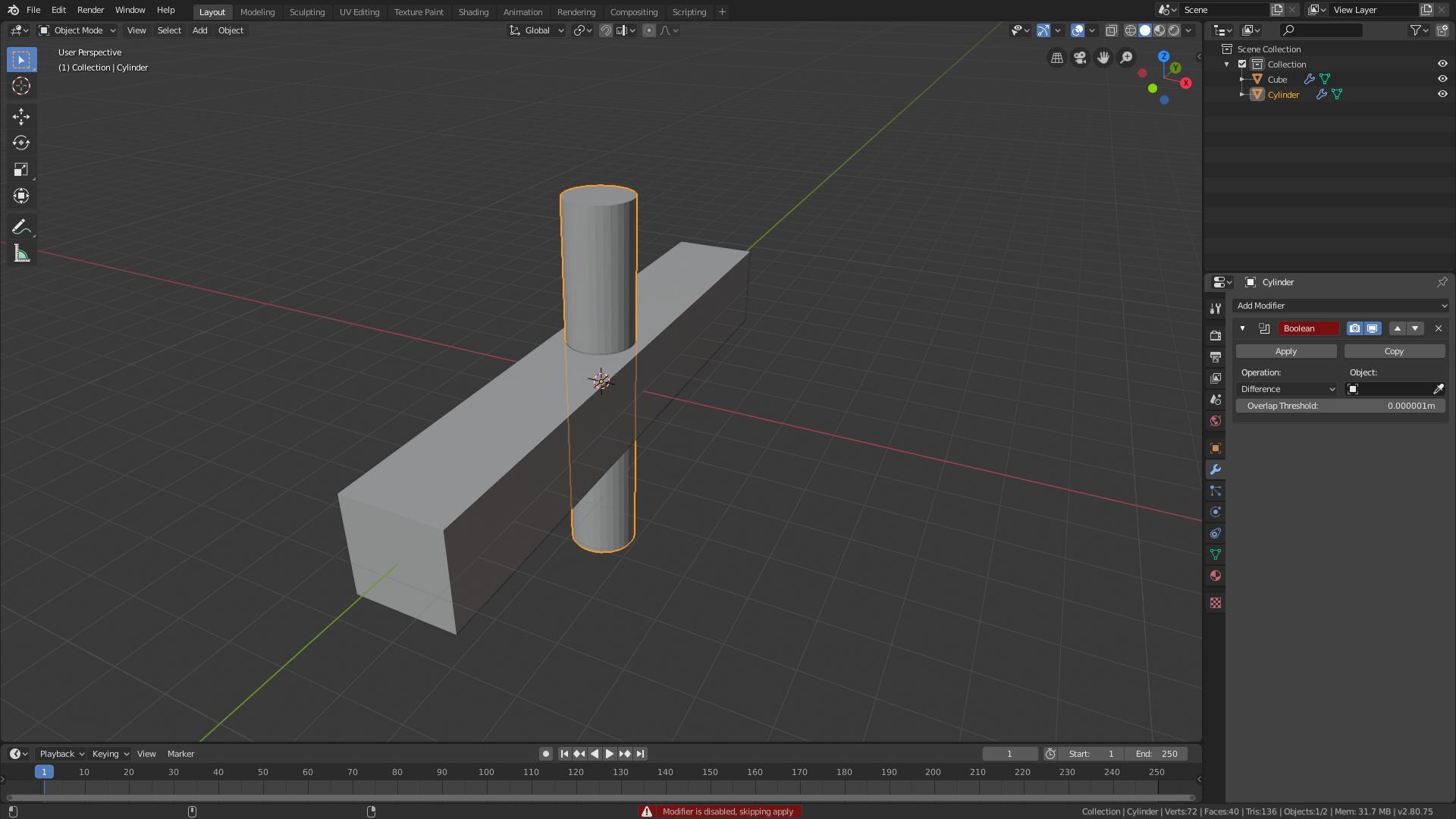 If a modifier header turns red, this basically means it is doing nothing at the moment because some input is either missing or not as expected. There is an action required by the user to make it work. Here are three examples of modifiers that show this behavior: 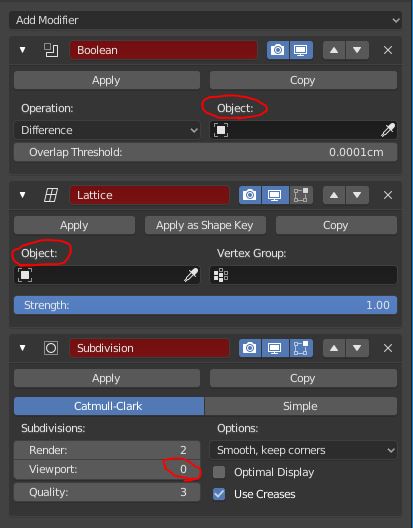 In each case I have circled the parameter that is causing the behavior in red. Most of the time, Blender requires a reference to another object to run the modifier.

These are not the only modifiers with such behavior, they are just listed here as examples. So red header means currently not doing anything at all, and as a result, clicking Apply will throw an error, because nothing can be done to the base object as a result.