Edit: I'm a beginner to Blender

Currently, a single bezier curve is used to make the curved shape of the bridge. I have tried: 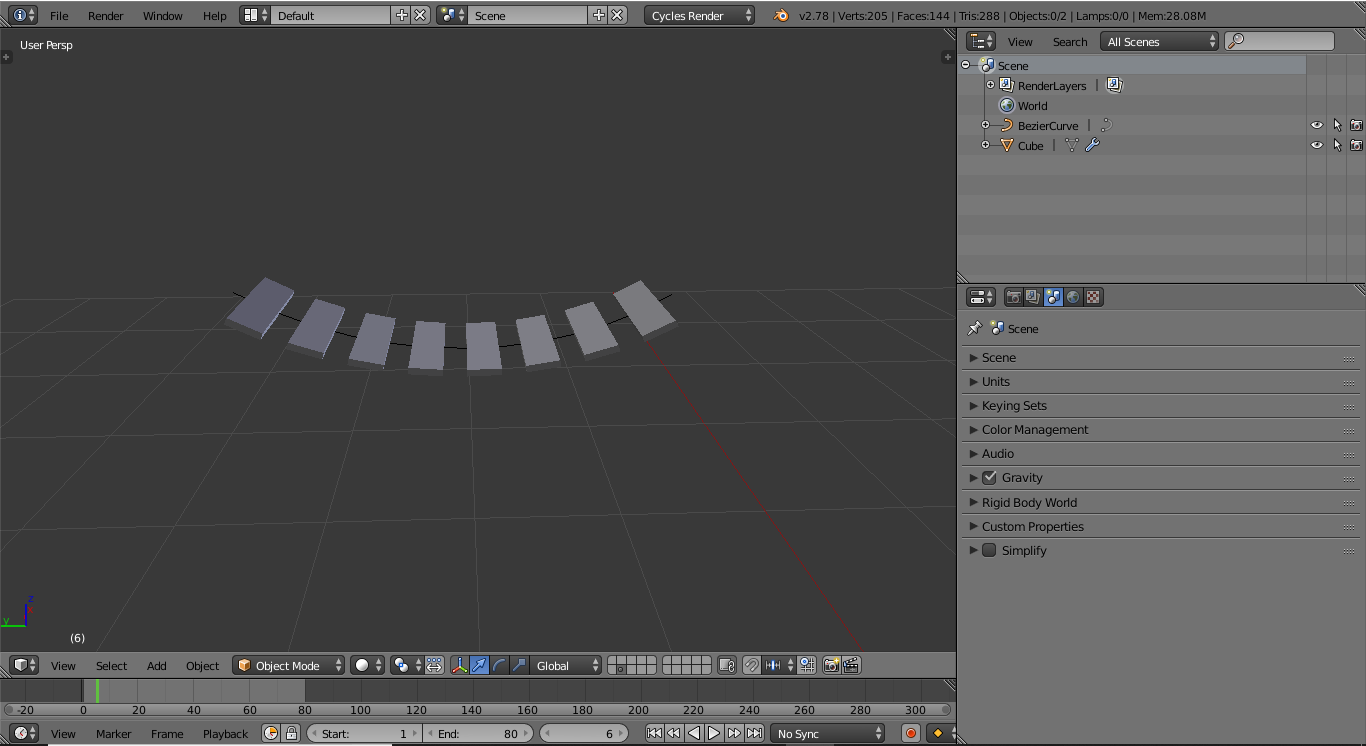 The eventual goal is to have it swing from side-to-side as if in strong winds and then split in the middle and fall down, hanging from each end. (Although I'll cross that bridge when I come to it).

Browse other questions tagged bezier-curves bezier or ask your own question.

2
Better way to join bezier curve to bezier (half) circle?
8
Outline Bezier curve in 2D mode
3
bezier curve loops are twisted
1
Get points of Bezier Curve in coordinate space of the scene
1
Rounded caps on a Bezier Curve pipe
0
Mirror multiple meshes with bezier curve
1
Creating a spiral along a bezier path