How to fill a hollow object to make it whole inside?

I have a model of tooth which is empty inside. I need it to be filled. Solidify modifier doesnt work correctly. How can I fill it?

I have a camera script which makes camera slowly move forward, so it makes a result similar to DICOM files. And to achieve more realistic result I need it to be filled

Polygonal models don't have an inside. They tell a renderer where their surfaces are.

If you want to slice an object as if it were solid, you have to reconstruct a surface where the slice cuts across it.

Here we have a cube inside a sphere inside a cube. All three objects have a Boolean modifier assigned to them. 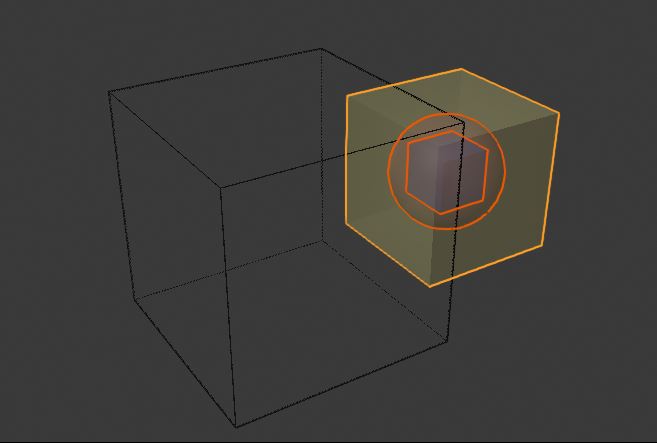 The other cube displayed in wireframe to the left is a cutter object, and will be used as a target in the Boolean modifiers, set to 'Difference'. This will cut away the objects inside its volume, an construct a surface at its intersection with them, making it look as if the objects are solid.

Actually, there are 3 separate cutter-cubes, one as a target for each modifier, with their leading faces just slightly displaced from one another. If all the objects were cut in exactly the same place, Blender wouldn't know which new cut surface was in front of which, and there would be rendering artefacts. So the outside cube is cut away slightly more than the sphere, which is cut away slightly more than the inner cube.

Now if you animate the cutter-cubes together, you can create the illusion that the objects are solid.

To Cut into the Tooth so you can use the Boolean Modifier. 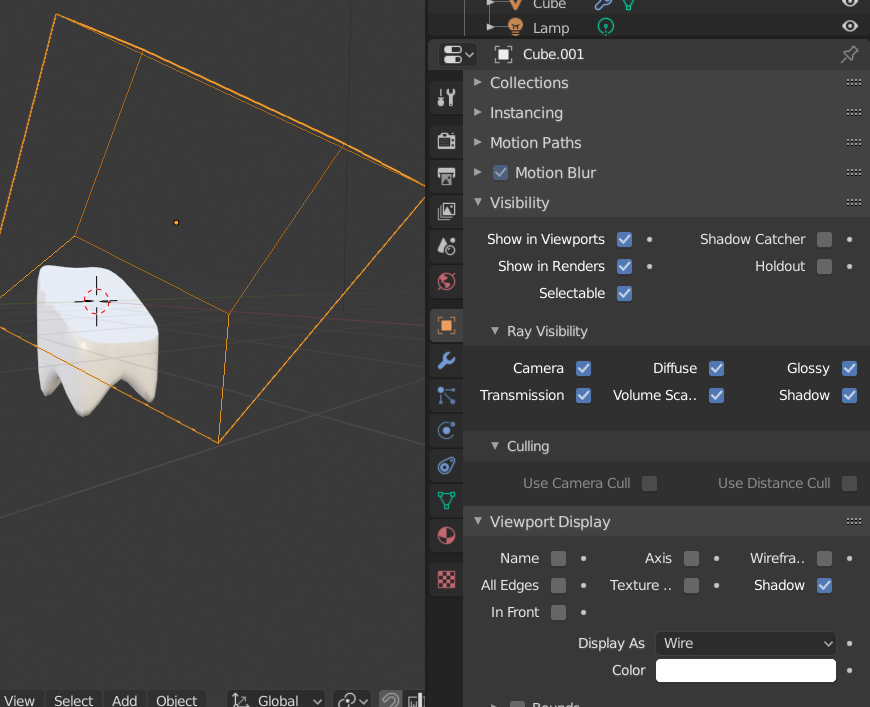 and set to Wireframe in the Viewport

Now add a Boolean Modifier to your Tooth and select the Cube. 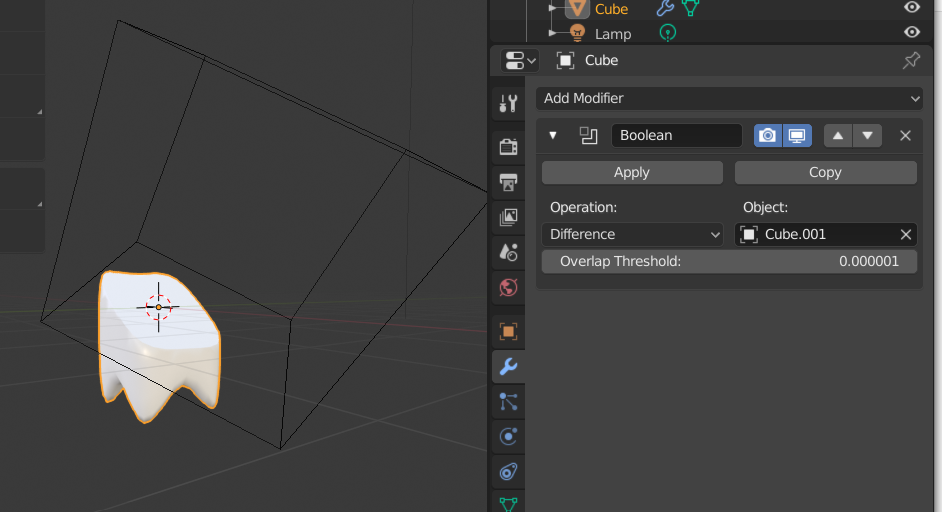 0
How to deform (randomize) object so it would look different?

2
Multiple array modifiers and object offset rotation
2
Array object in straight line but rotate object on z axis
0
Solidify a complex hollow object in Blender
2
How can I make my tank tracks thicker?