I'm trying to make a simulation in which Suzanne moves in a straight line through a piece of rubber cloth. Getting the settings of the cloth modifier right is quite hard due to the long rendering times in the viewport. It takes 3 minutes to (preview)render just 30 frames. I am trying to figure out whether these long rendering times are caused by (A) an underequipped CPU, or (B) by the polycount/settings of the cloth/cloth modifier.

Concerning option A (the CPU): my laptop has a i5-8250U, with 4 cores and a clockspeed of 1,60 GHz. This CPU has a benchmark of 7,679 (on https://www.cpubenchmark.net/), whereas the CPU of a recommended laptop for animation (e.g. the MSI GS65 Stealth THIN-050, acoording to https://www.cgdirector.com/best-laptop-for-animation/) has a benchmark of 12,446. No doubt a big difference, but I'm trying to animate a very basic scene, so shouldn't a CPU with half the power of a topnotch model suffice?

Concerning option B (the cloth settings/polycount): the 'cloth' consists of 576 squares. I have added a subsurf modifier with view/render set to 2. In the physics tab, under the 'cloth'-section, I have set the quality to 7 (in the screenshot below I put it to 20 to make it look better, but that increased the rendering time to 4 minutes). Under the 'cloth collision'-section, the quality is set to 2.

Question: Is it normal that with these settings and this CPU, it takes 3 minutes to render 30 frames in the viewport? If it is, I will postpone my project until I can afford a computer with a better CPU. If it is not, then what am I missing? 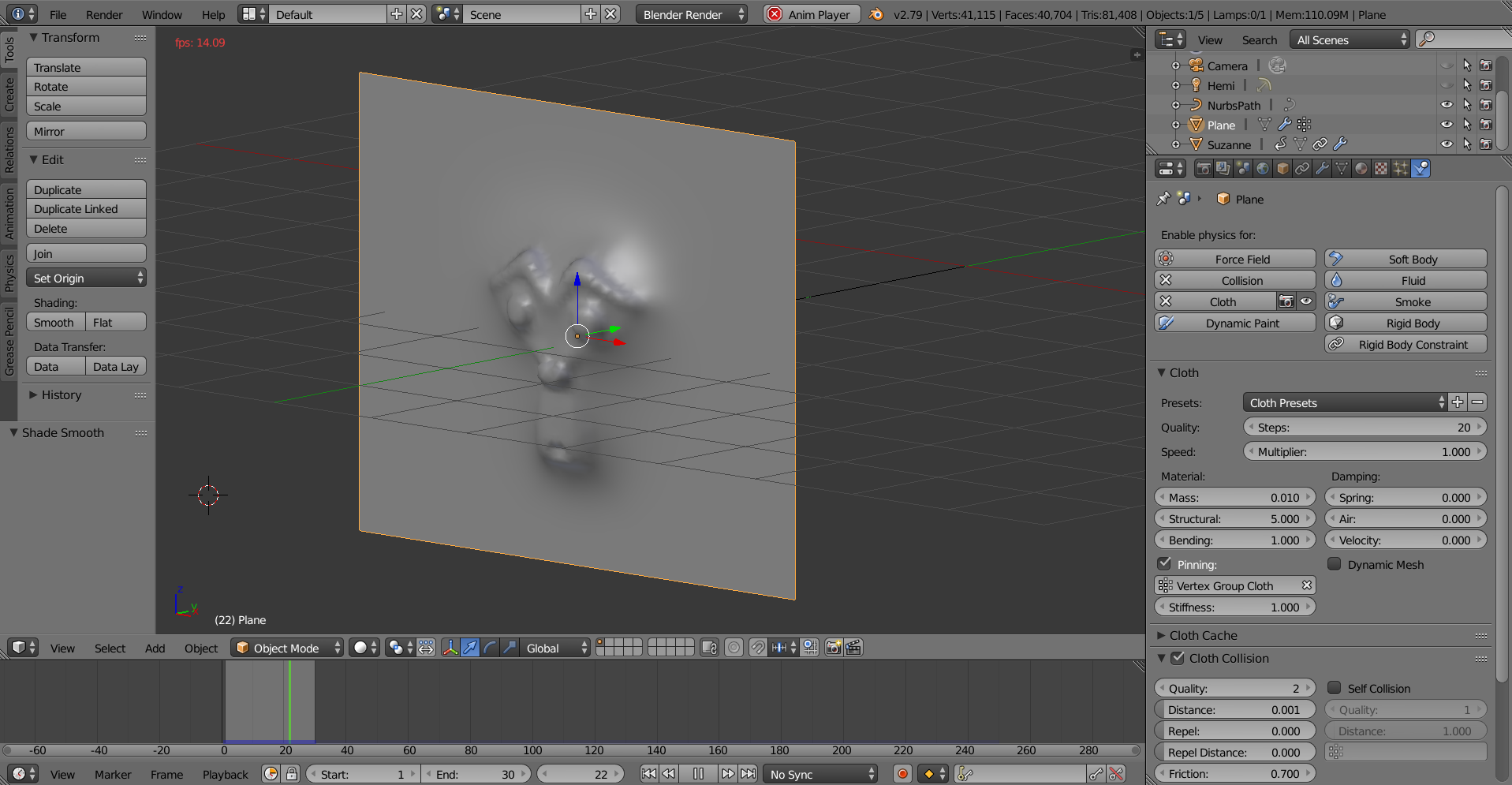 What I've Learned So Far

Yet the distinction is also important when trying to reduce the preview render time in the viewport. For instance, I tried to reduce it with the tips from this post:

but that did not significantly reduce my preview rendering times; although I'm sure these tips are important when it comes to final rendering (a stage which I have yet to reach).

Knowing this distinction does not immediately solve my problem, but it is at least a first step.

Cloth Simulation can be pretty heavy. The normal usage is to cache your cloth simulation first, then render using the cached data. 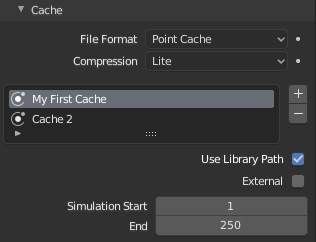 Once you have your cloth sim cached to disc, it doesn't take any extra time to render each frame. But caching/baking the simulation can still take a while so it's important to use settings that fit your system and needs.

All the rendering settings won't have any real impact on the time calculating the cloth simulation takes. That time it takes depends heavily on the mesh complexity and your cloth quality settings.

The first step you should take is to use as simple a mesh as possible. You can add an additional subdivision modifier AFTER your cloth simulation to make the mesh smoother, while not adding tons of extra detail to your simulation.

I asked whether the slow viewport rendering was caused mainly by a slow CPU or by bad settings. It think, in my case, it was mainly caused by 'bad settings', i.e. by settings that are too high for a viewport render. In my case a collision between the 32,000 vertices of Suzanne and 41,000 vertices of the cloth (after subdivison) was too much for my CPU. Although my CPU isn't the fastest, it's benchmarked somewhere halfway the benchmarklist (@ https://www.cpubenchmark.net/), so I don't think my CPU was the problem. In the end, the most succinct advice to my question was summarized by Hekete's remark: "start with a very simple mesh and low quality settings on the simulation."

A summary of other tips that helped me:

Although I haven't managed to get the right cloth-settings too simulate what I have in mind, I have at least found the right settings to render it fast enough in the viewport to play around with the settings. What I'm trying to achieve is probably a bridge too far a newbie, so I'll keep practicing and eventually I'll get it right.

Not the answer you're looking for? Browse other questions tagged cloth-simulation collision hardware or ask your own question.

2
What is fastest, rendering on a CPU or a GPU?
2
Does CPU matter when rendering with GPU?
7
Cloth collision with an object
3
Viewport Performance - CPU or GPU?