i've found an old video tutorial on youtube about creating Procedural Tile Material and been able to followed it.

not satisfied with the node setup without the Principled BSDF shader, i've tried to make another nodes setup. although it still bothers me on the comparison of results, with the glossy shader and roughness node in the Principled BSDF, i like the solid colours randomness in the material. 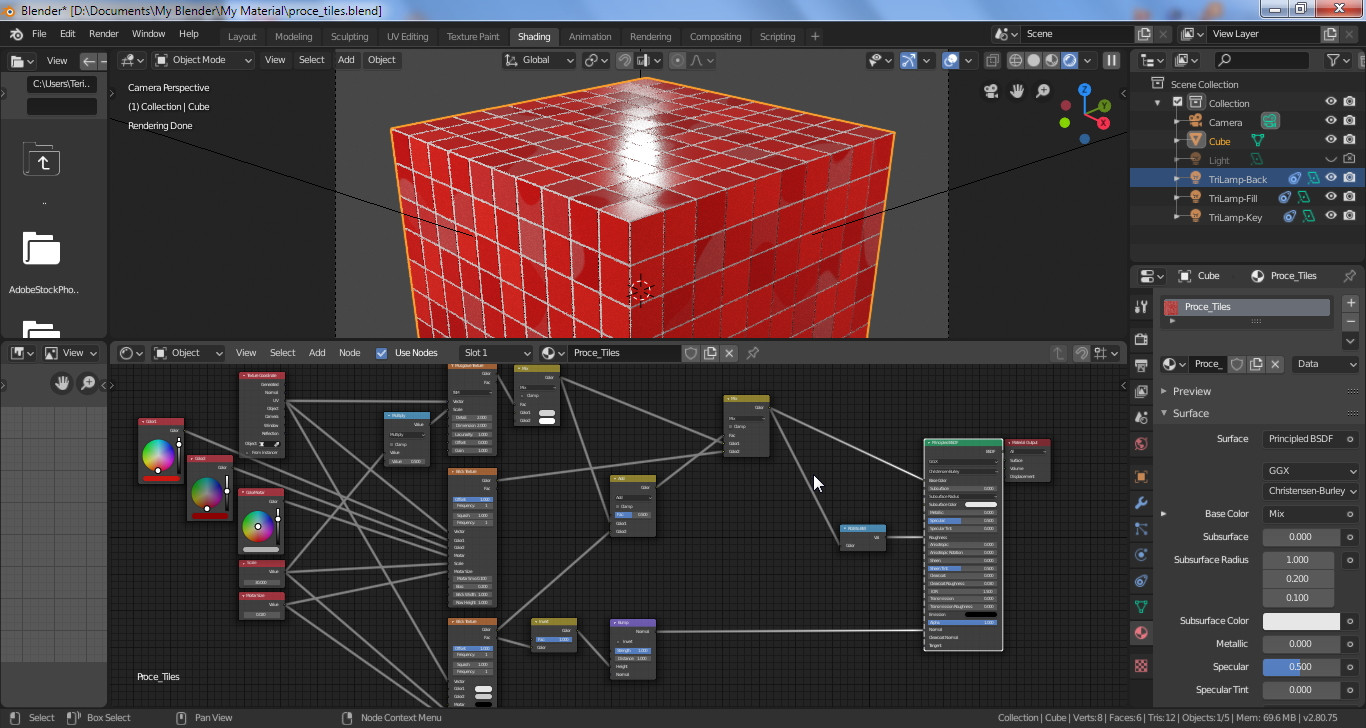 after that i went towards searching about making rounded corner tiles, procedurally.

and the only one i've found as a really good one was this of cgslav and Rich Sedman: Procedural square shape in Cycles (with similar effect to Gaussian blur)

problems for me, are; the discussion isn't started with procedural brick texture. i am not really that good to understand complex maths nodes setup yet. the setup in the discussion doesn't seem to show how to generate random tones/colours.

thus, i'd like to ask if there's anyway to adapt that method into this node setup with default procedural brick texture and principled bsdf. or, any other way as long as it could:

this is the blend file i've got so far;

Browse other questions tagged materials procedural or ask your own question.

6
Bevel a Procedural Texture?
2
How to make puddles with the Principled BSDF?
3
Transparent image like a decal on mesh with principled BSDF shader
3
Rock PBR Texture Creation within Blender (Procedural) for export in game engines
13
How can I make my procedural brick texture map correctly to both a cube and cylinder?
9
How to make tileable procedural noise texture?
1
What height method should I use