Texture shows up with bg

I have a metal pyramid which I'm trying to make slightly covered with sand dust. But I don't need it everywhere, so I decided to use a mask. I've never used masks before. I'm using a texture for this dust as shown in the video (https://www.youtube.com/watch?v=ZmrCoGj9m2Y) BUT: I have base metal material with normal displacement from a noise texture, I have a dust img, I have a mask. When everything is set up and I paint the texture I also paint black background. In the video he has clean dust only show up on the model. He has nodes to make it appear only in sertain places (I use paint for that) but he doesn't have anything that makes it show dust without black bg So how do I make it so when I paint only dust shows up and between it is my base metal material and not black bg of the texture? 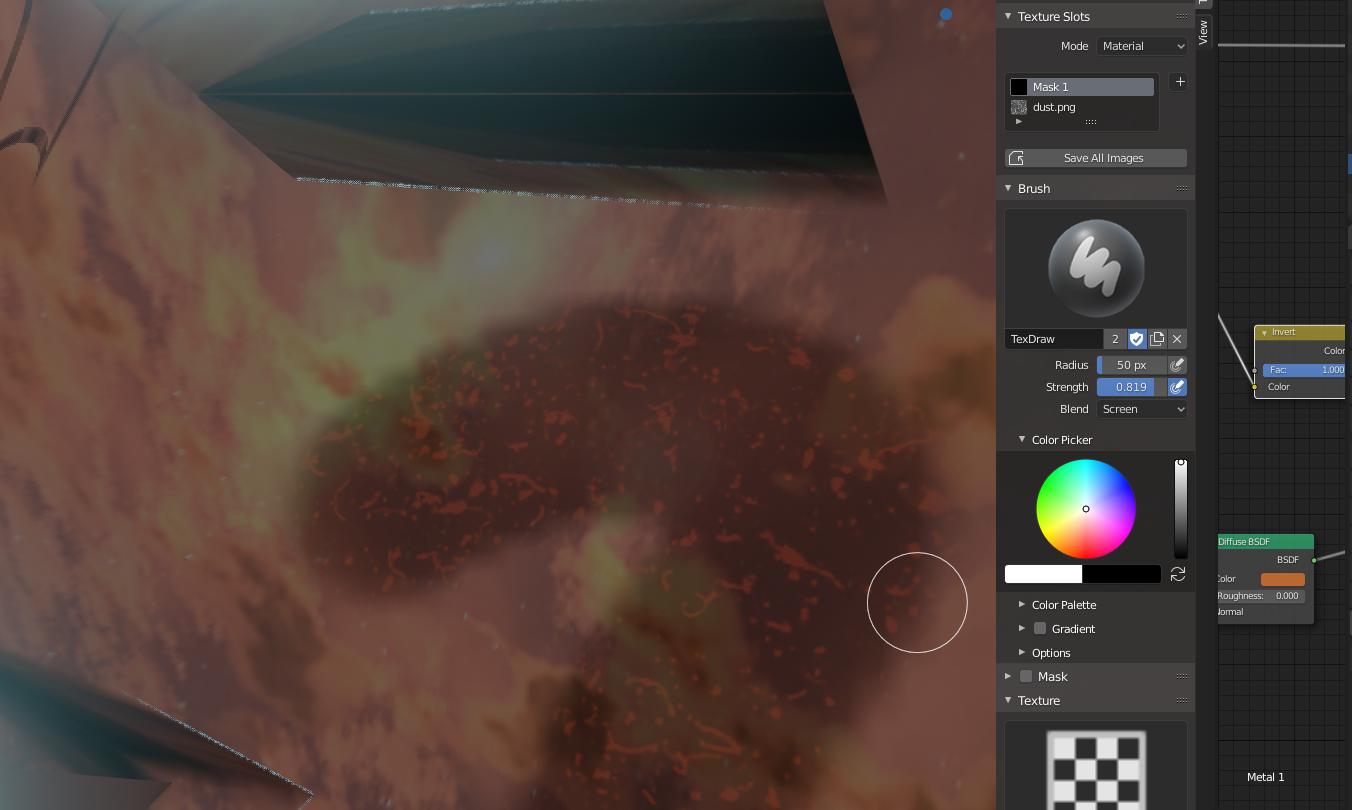 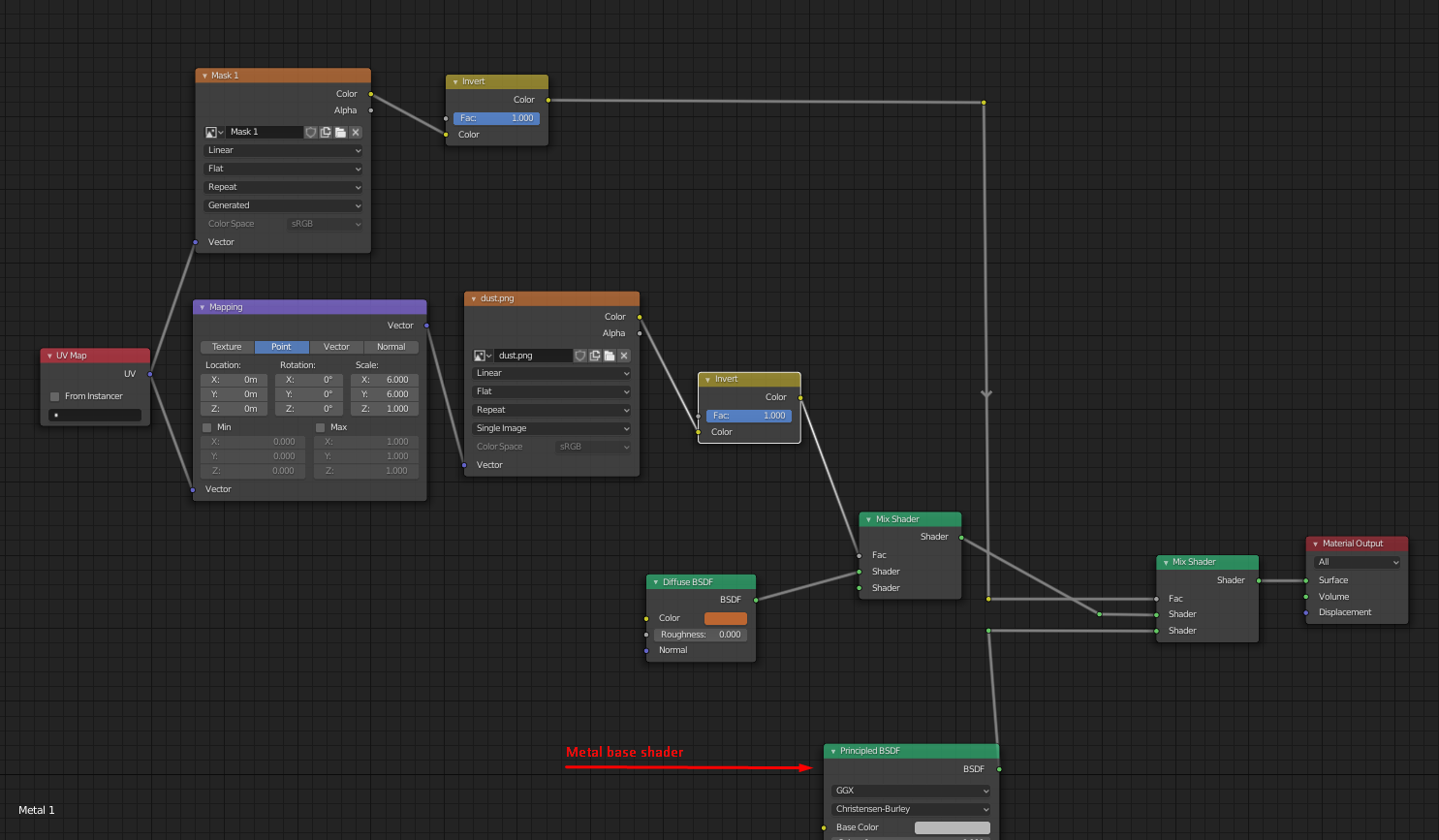 Your node setup is basically correct, however, I think the "Black background" that you are seeing is because the nodes that define your dust are a mix between a diffuse shader and... nothing!

To fix - plug another diffuse shader into the second socket on the first mix shader node. Give it a slightly different orange colour. You should get results more like what you wanted.