I'm very new to blender and 3d modeling in general. I'm mostly using it for 3d printing for lost PLA casting. I don't think I should post any actual files since I paid for the original STL. I think it would be ok to PM it someone though?

I have this nice stl file of a book pendant: 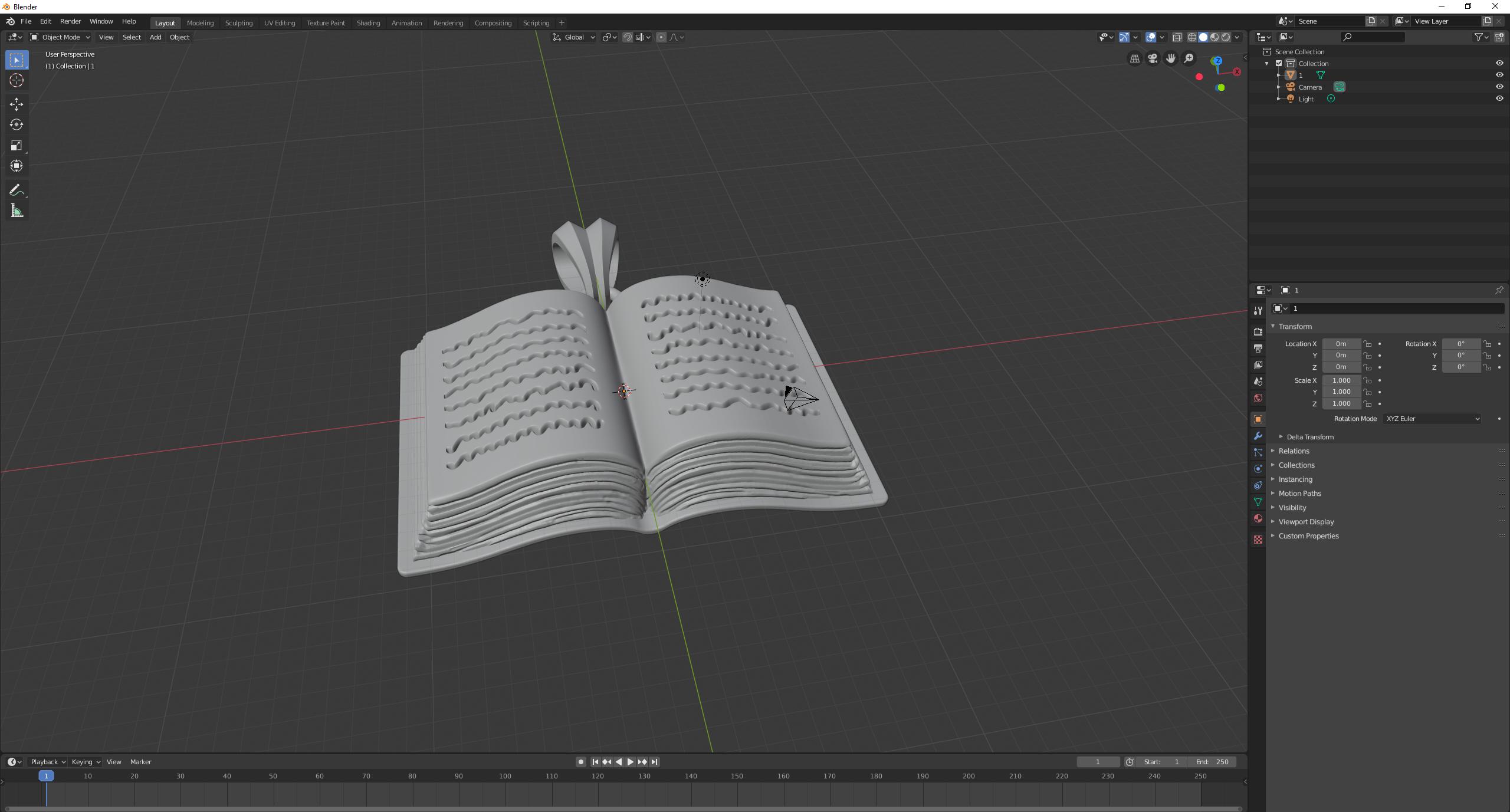 but it's open at the back 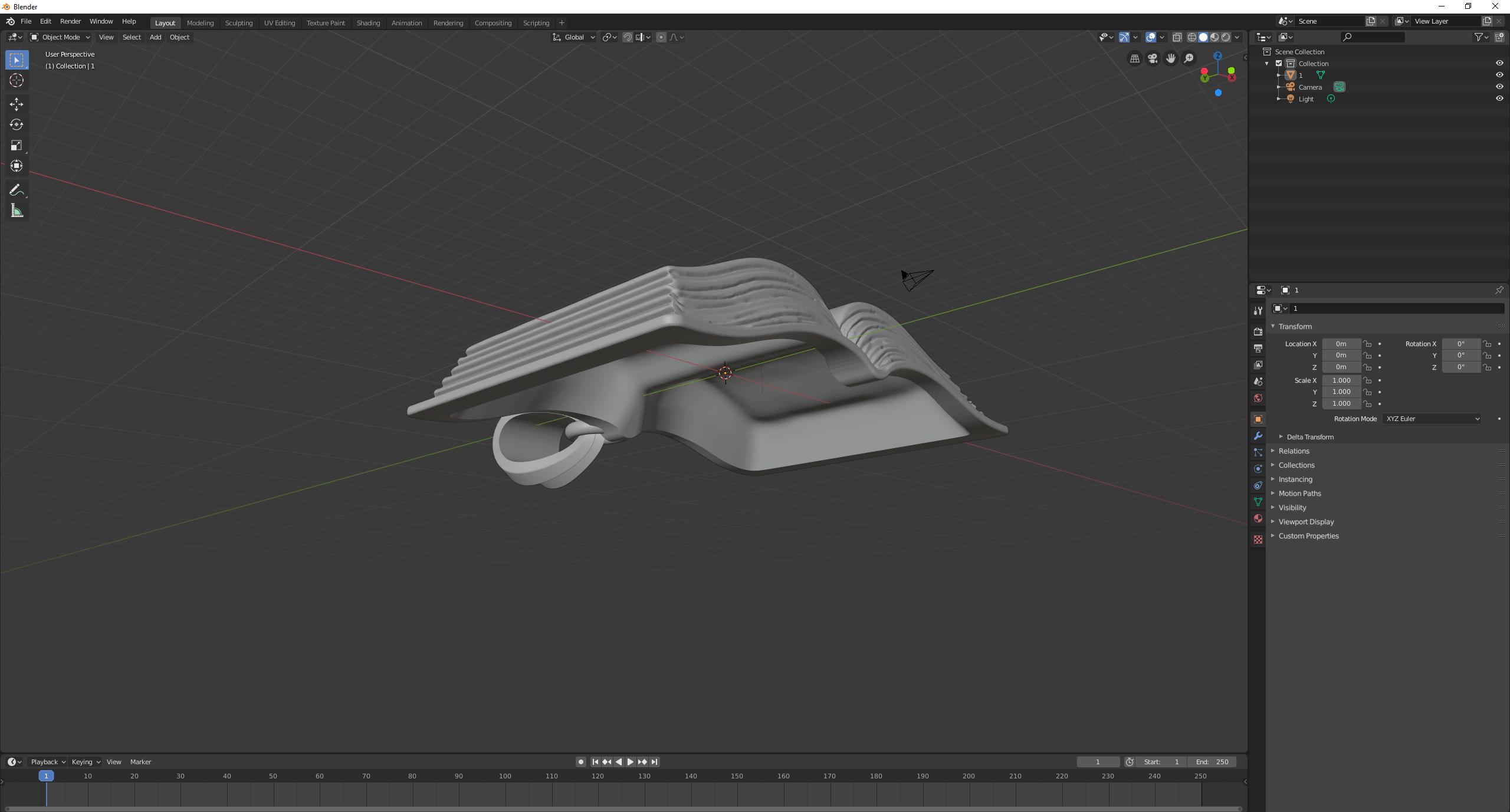 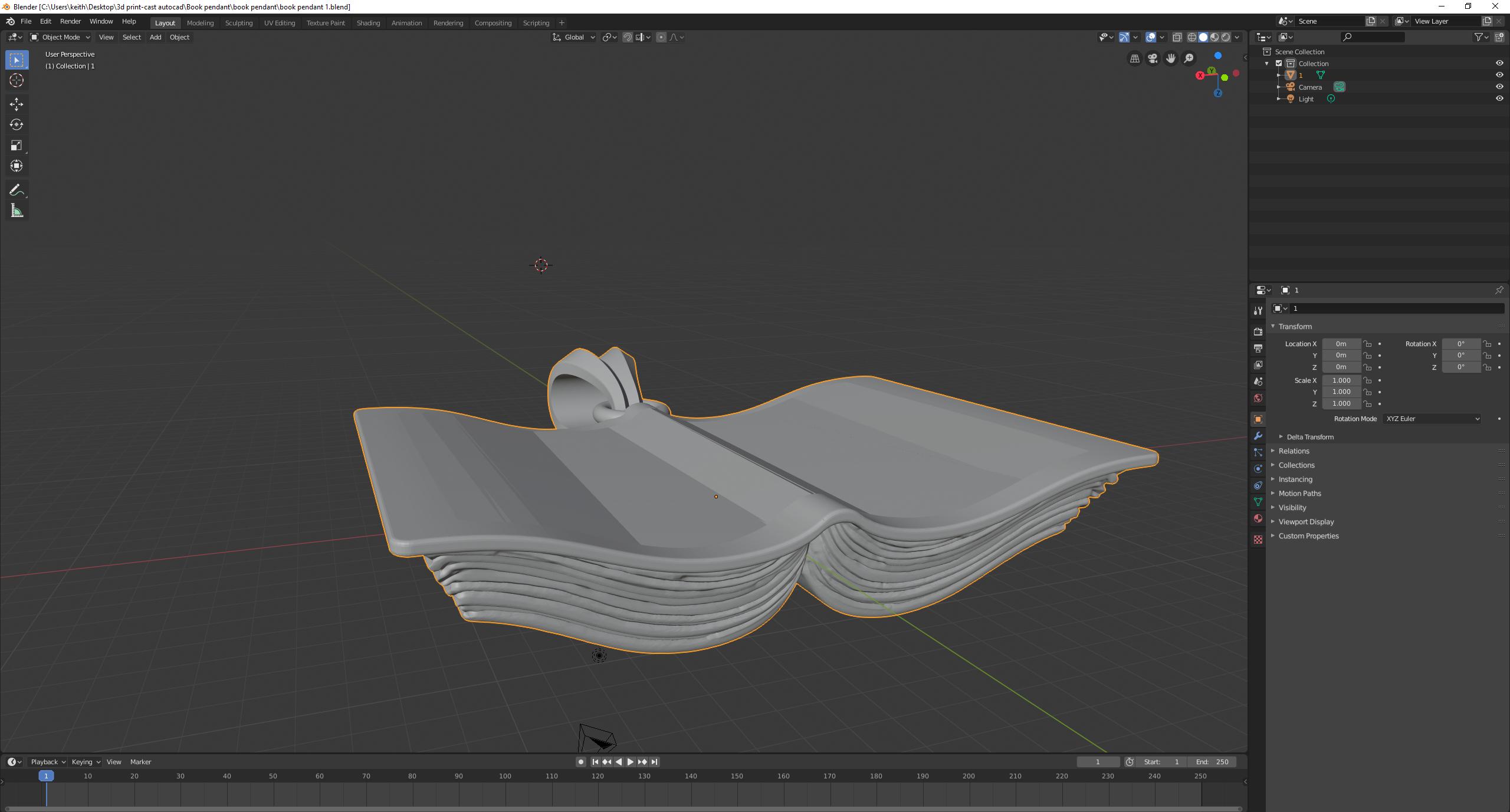 Now, when I put this in Cura, it slices just fine, but the back I created isn't there. Thinking this was because of the back being a plane (0 thickness), I used the solidify modifier.

After doing that, when I put it into Cura it doesnt work. In the slicer preview it only shows it as printing 5 layers (pretty much just the raft) 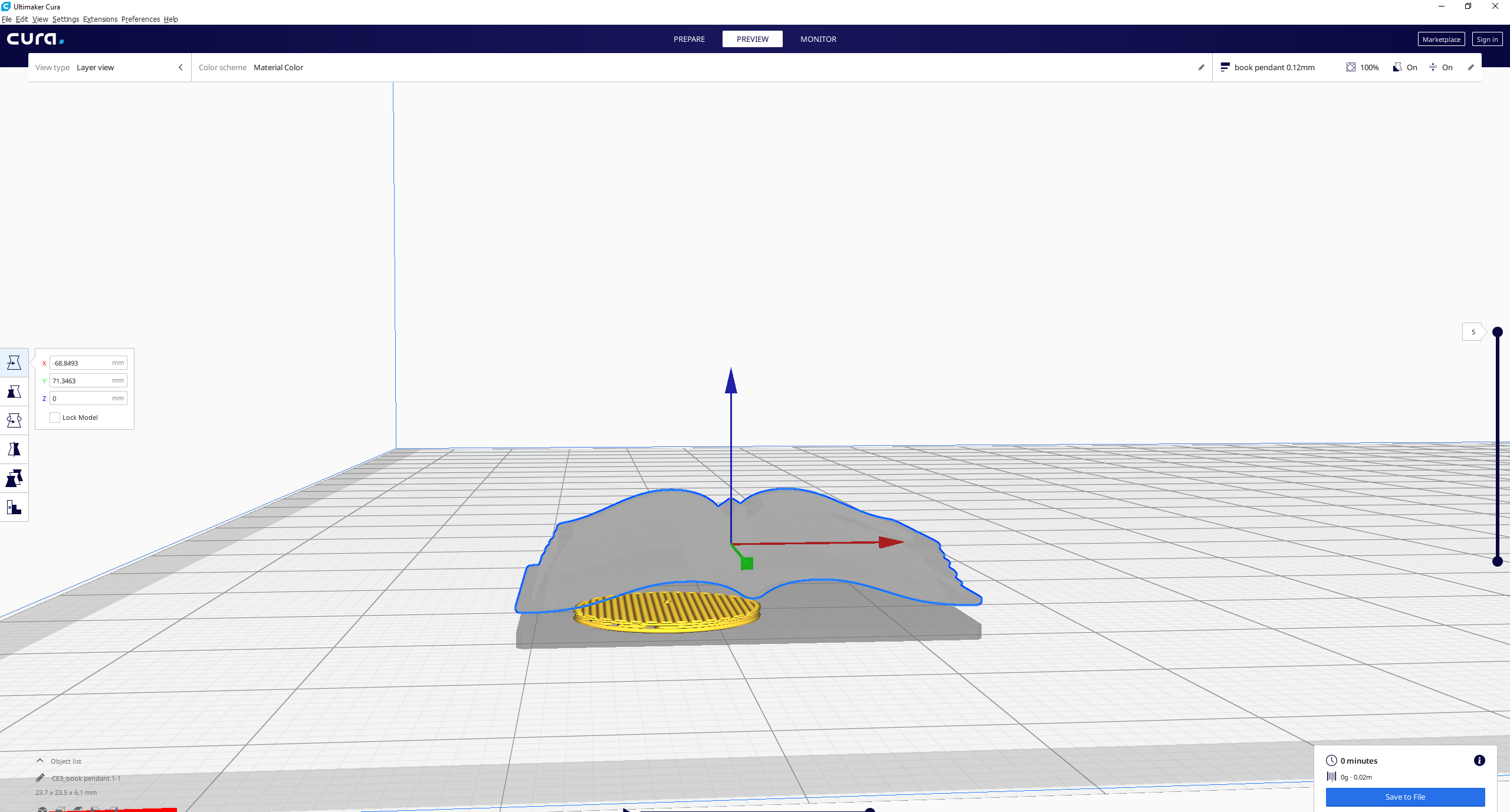 I've tried: 1) extruding the plane(s) instead

3) I also performed the checks using the print3d add-on. I'm able to do the "make manifold" on the original stl, but when I try to "make manifold" on my edited stl, my computer freezes. It's not an issue with power (I JUST finished my new PC build - ryzen 9, 64gb ram, etc).

I'm continuing to work on this. I'm now trying STL repair software. Using the windows 10 app 3D Builder to repair my edited file got a bit closer in Cura: 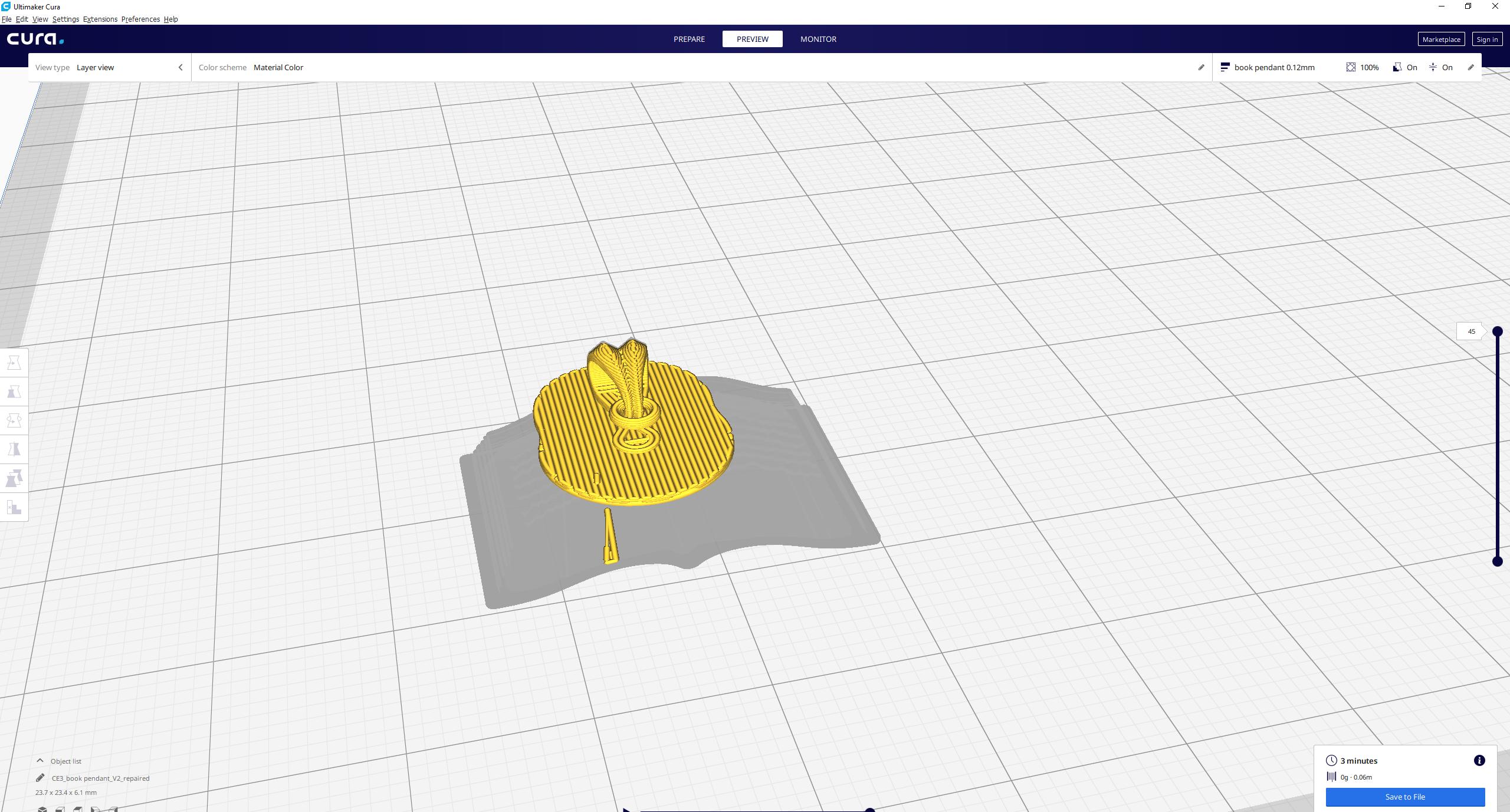 Can anyone help me out or point me in the right direction?

As per Mr. Zak's comment below, I tried extruding edges instead of using edge loops + fill. After doing that I recalculated my normals (just to be safe), cleaned up any vertices that extruded too far, and repaired the STL in 3D Builder. I've been alternating between repairing in STL and repairing in Builder, sometimes even repairing in one and then repairing the output in the other.

Extruding the edges leads to a much nicer looking back to the book: 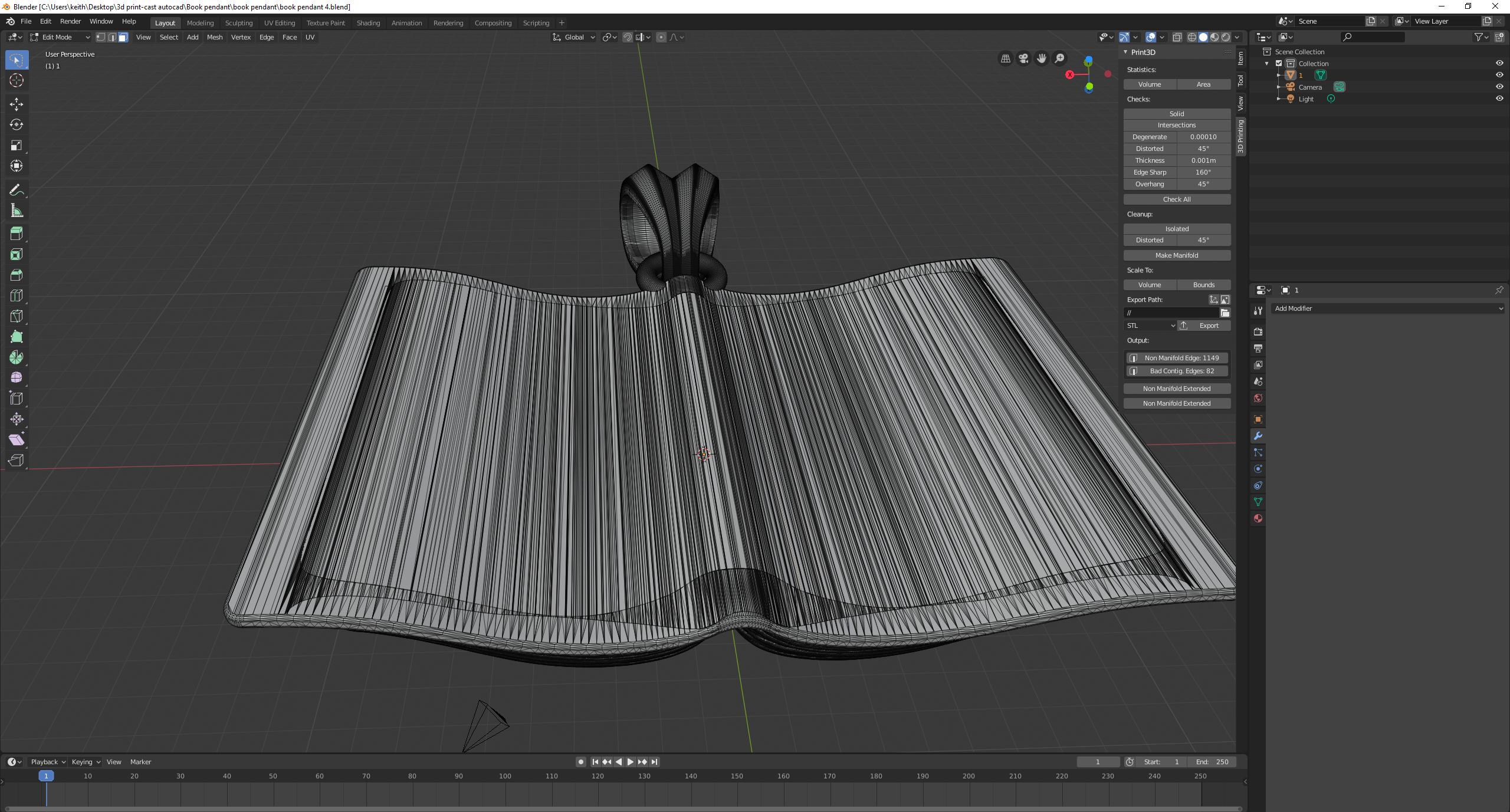 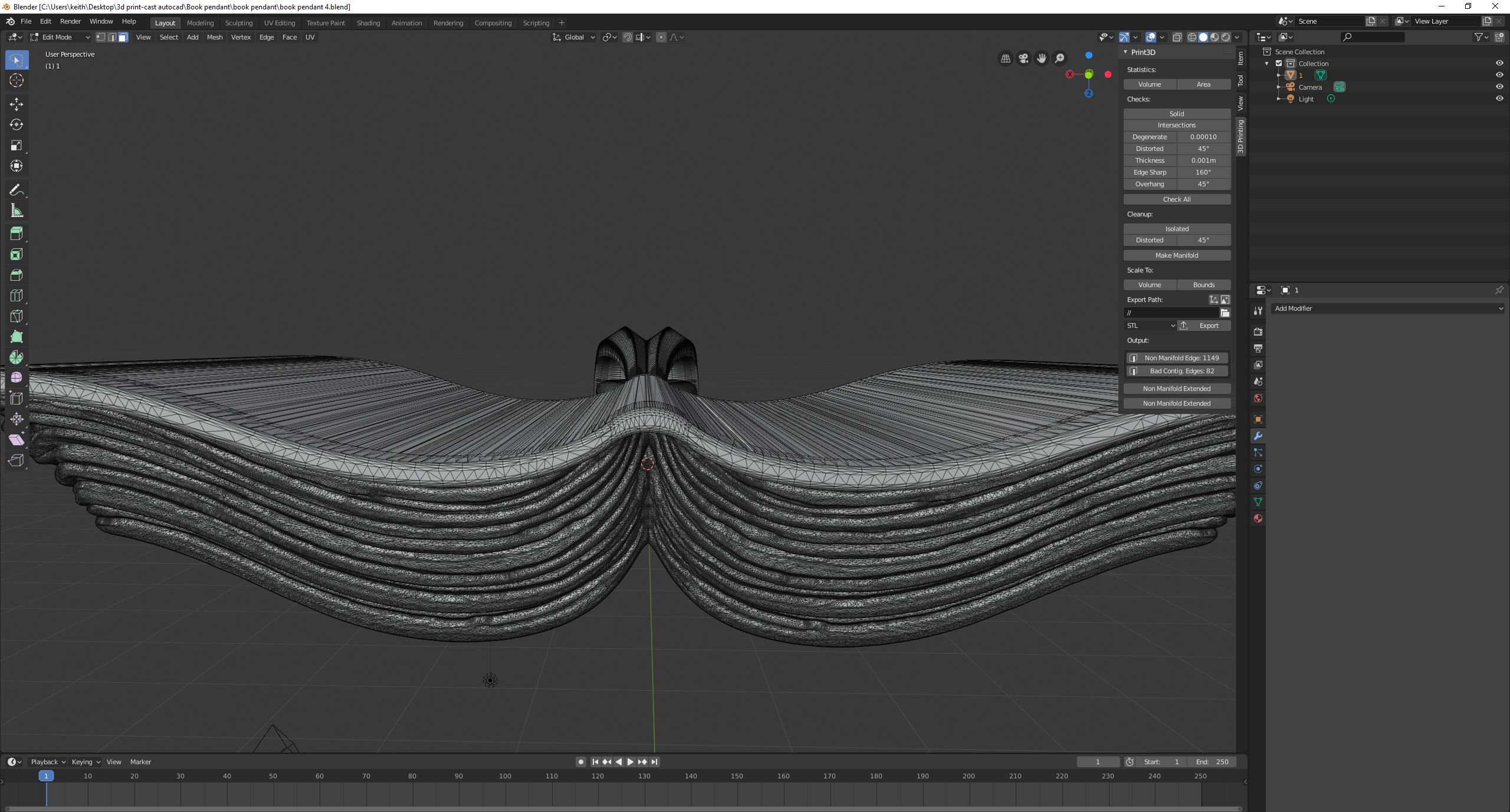 As per Mr. Zak's comment, I tried extruding edges instead of using edge loops + fill. After doing that I recalculated my normals (just to be safe), solidified, cleaned up any vertices that extruded too far, and repaired the STL in 3D Builder

I have sliced and printed the model successfully! Thank you!

To join two complex meshes together in an air tight way, I recommend using the Boolean modifier.

Take the two objects, have them intersect in a way that they would be watertight, and use the Boolean modifier set to Union. You can use the eyedropper to select the second object as the target.

It should create a new mesh out of the two old ones. To get it to export correctly (since it will make N-gons) I recommend using the triangulate modifier afterwards. If there's an internal pocket in the mesh you don't want, I recommend redoing the Boolean, but this time filling in the extra space.

Once you have your fully applied mesh, you'll be good to go!