how to use displacement node in 2.8

set feature set to experimental in cycles, switch the material to displacement or both, use the displacement node in the editor, make sure that there's enough geometry, result!

but my texture seems to have no affect on the mesh other than applying the texture as if it were a normal map.

i realise that the noise texture is plugged into the normal instead of height in the screenshot above but belive me when i say it literally did nothing when i changed it so...????

(the displacement modifier works fine but I * NEED * to use it in the node editor.)

edit: oddly enough when looking around some for for an answer, i found out andrew price apparently had a similar problem but no one in the tweets seemed to actually answer the question asked.

The Normal input socket of the displacement node is meant to be used for further normal maps that are applied on top of the displacement (daisy chaining multiple maps, just like you can do with bump maps). For connecting the displacement texture itself, the Height socket has to be used. Scale can then be used to multiply the result, i.e. modify the strength. As usual, these are Blender units.

The main input sockets are described in the manual. So to summarize, the node connection has to be like this: 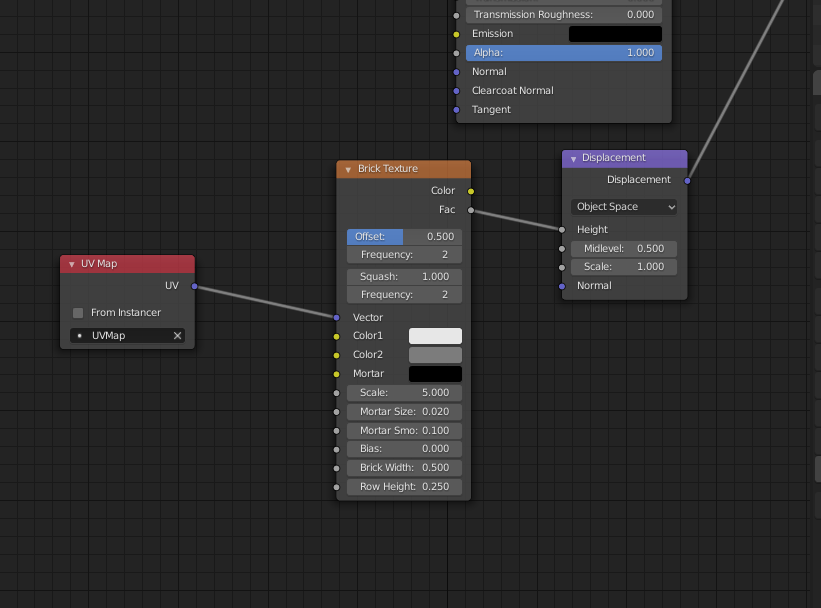 The rest is just like you had it in your example. This is a brick texture displacing the default cube: 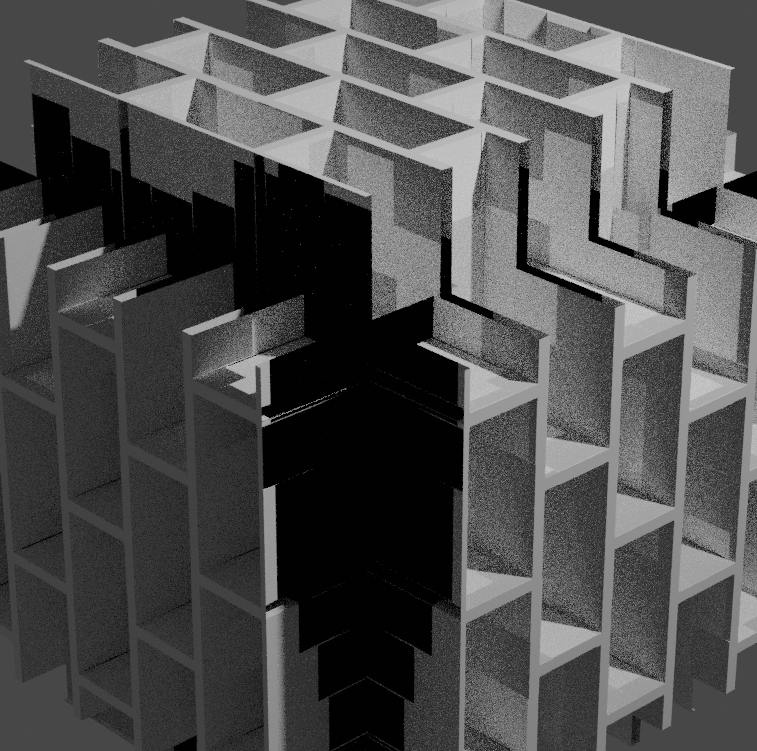 One thing to mention, as you did not explicitly state it: If you want to go for Adaptive Displacement (sometimes called Micro-Displacement), you need to use the Experimental feature set, and adjust the Dicing Rate to your needs: 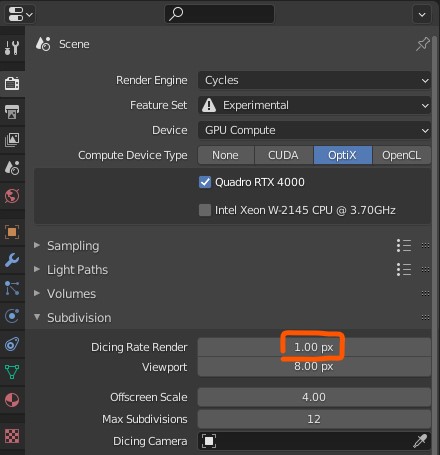 The SubSurf modifier of the object also needs to be changed a little. Adaptive Subdivision has to be checked: 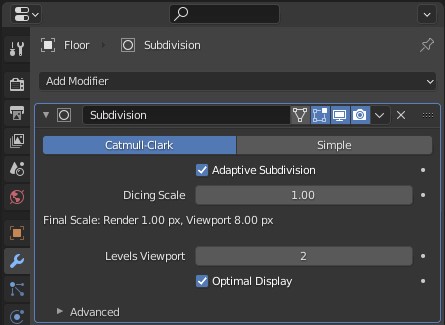 Not the answer you're looking for? Browse other questions tagged modeling modifiers node-editor geometry displacement or ask your own question.