I was doing a YouTube tutorial called Easy Soft Body Simulation and ran into an issue where the plane that I set up for the background is distorting in camera view.

It's a very simple set up with one plane for a wall and one for a floor. In the layout view, the wall is a solid 90 degree plane painted black, but when I put it in camera mode (using 50mm), the wall is shortened significantly and slanted back at an angle. To be clear, the wall is not slanted in any way other than in camera view. 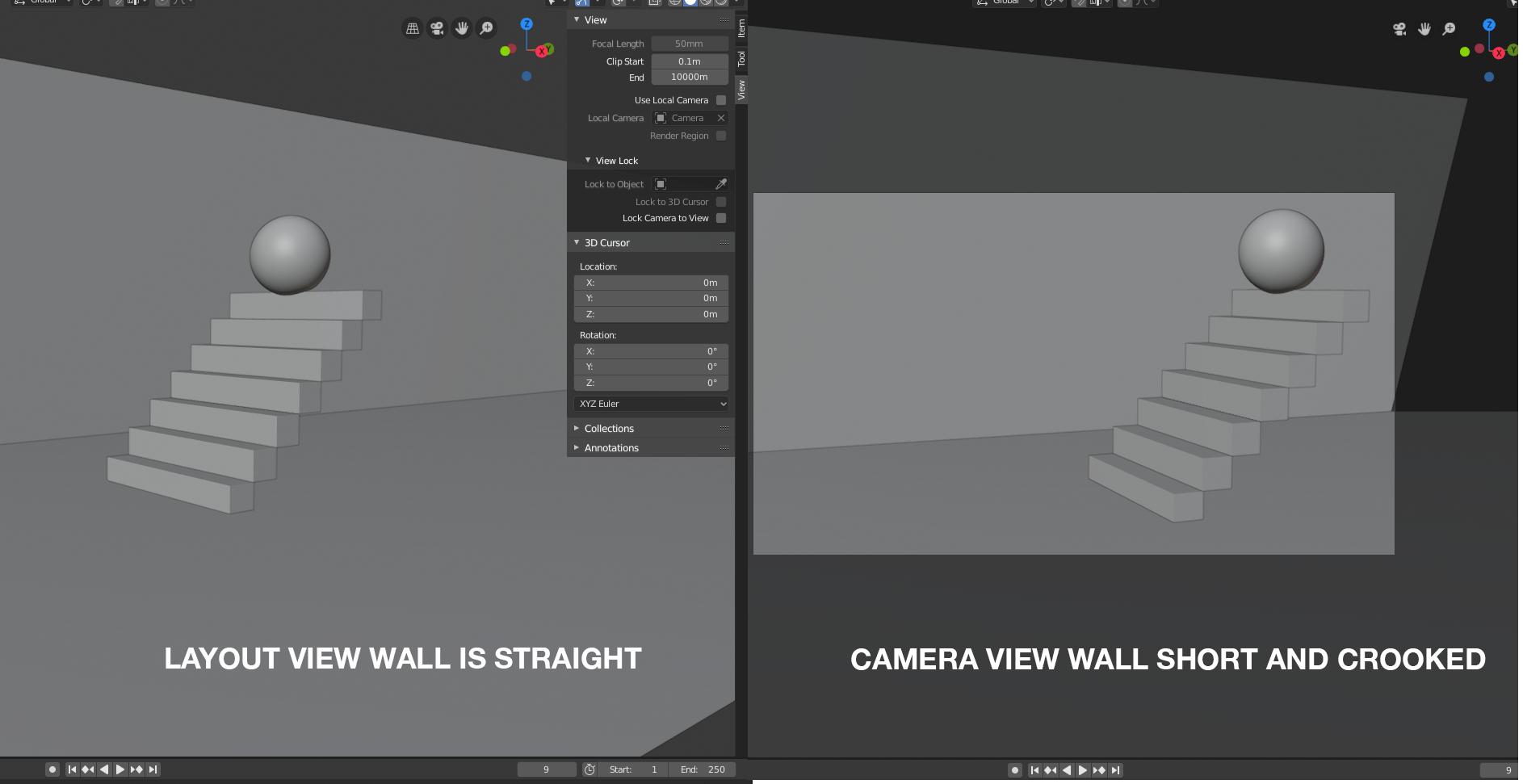 Because of this, there is a small triangle that shows in the render, where the wall and floor meet. As soon as I move the camera even slightly, the issue vanishes, but reappears in camera mode.

Is this user error (me, the noob) or a bug of some kind?

It's a clipping issue. If you increase the far plane of the camera you will see the entire wall. 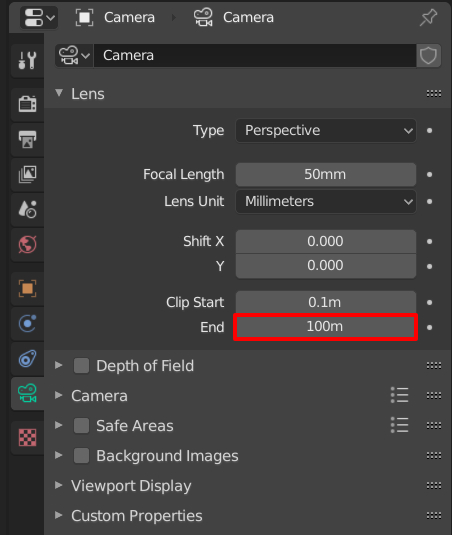 With the Clip End set to 1000m it looks like this: 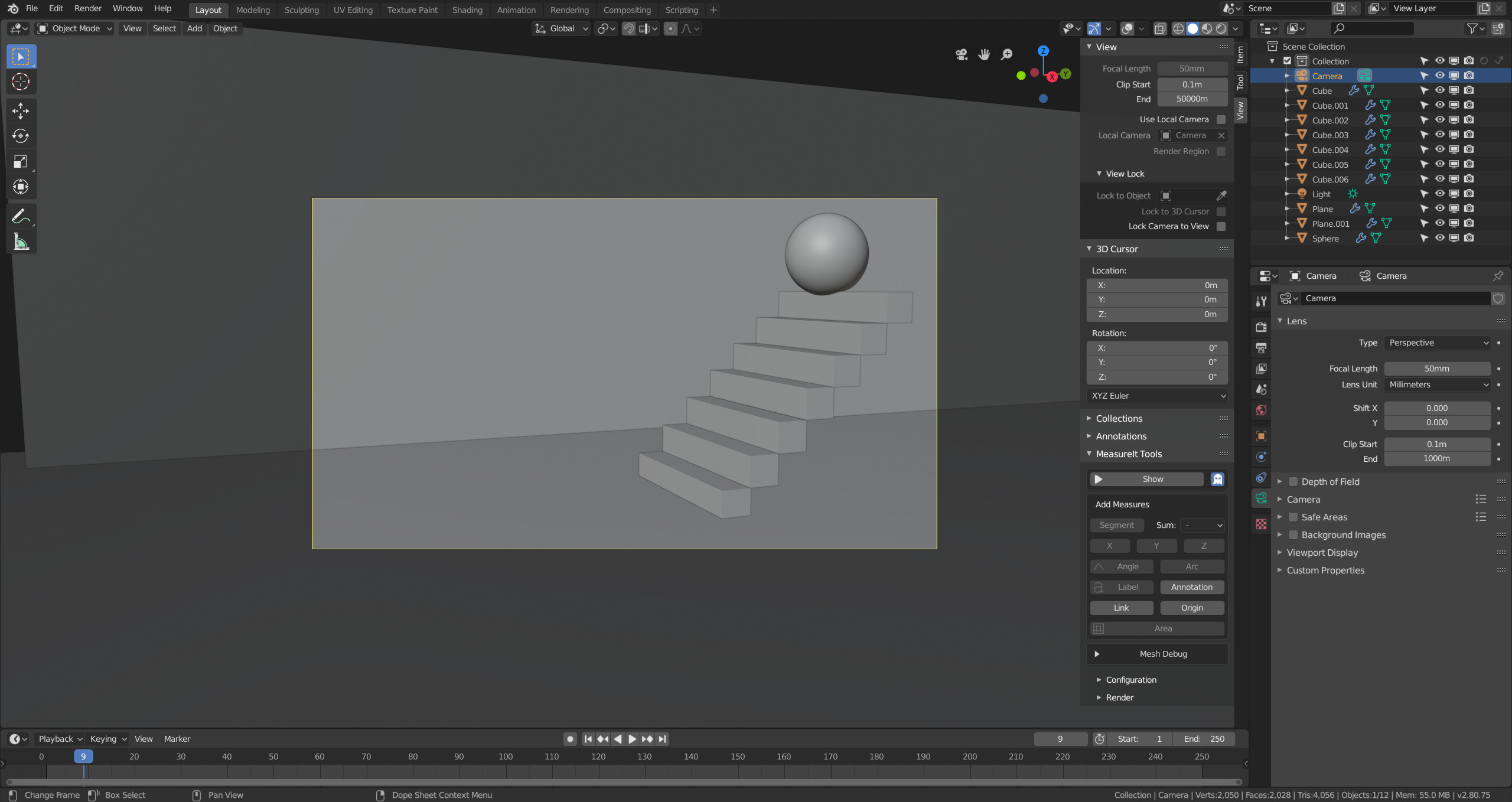 I'm no sure if you intended to scale your models that large. Perhaps it would be a good idea to scale all of them down. Your ball is currently 5.77m in diameter.

Not the answer you're looking for? Browse other questions tagged camera eevee-render-engine geometry distort or ask your own question.