Smoke material- viewer node or through rest of noodle?

I was experimenting with the smoke density and accidentally ran a render with the node wrangler viewer node and it came out very nice with about an 18 minute render.

When I hooked it back up through the "traditional" method of volume absorption and scatter nodes, it was much more noisy and took 40 minutes.

The first version looked better. I tried to hook the color ramp directly to the material output volume socket and got nothing.

Question: what does this viewer node actually do and am I, somehow, ruining my render by using it? 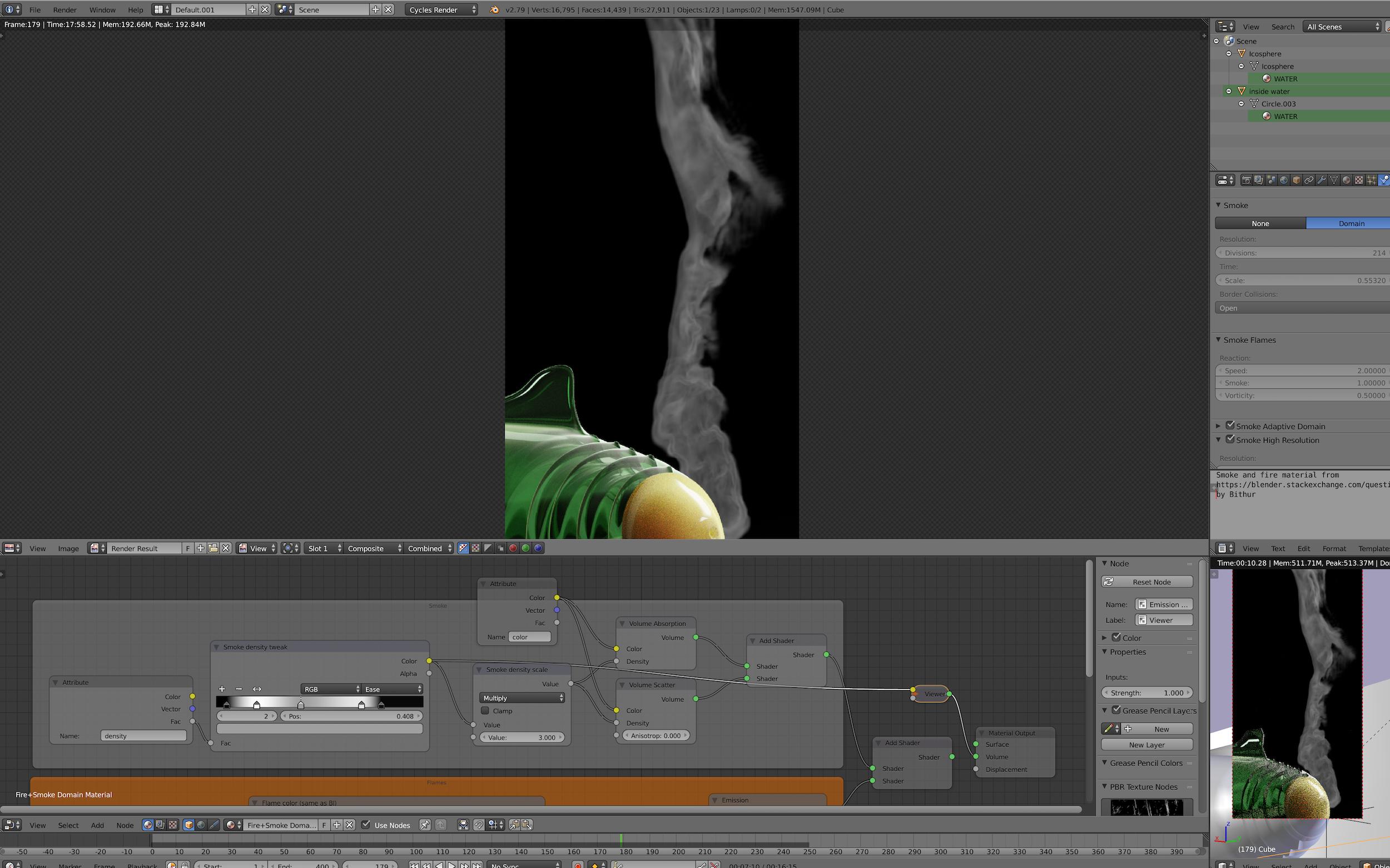 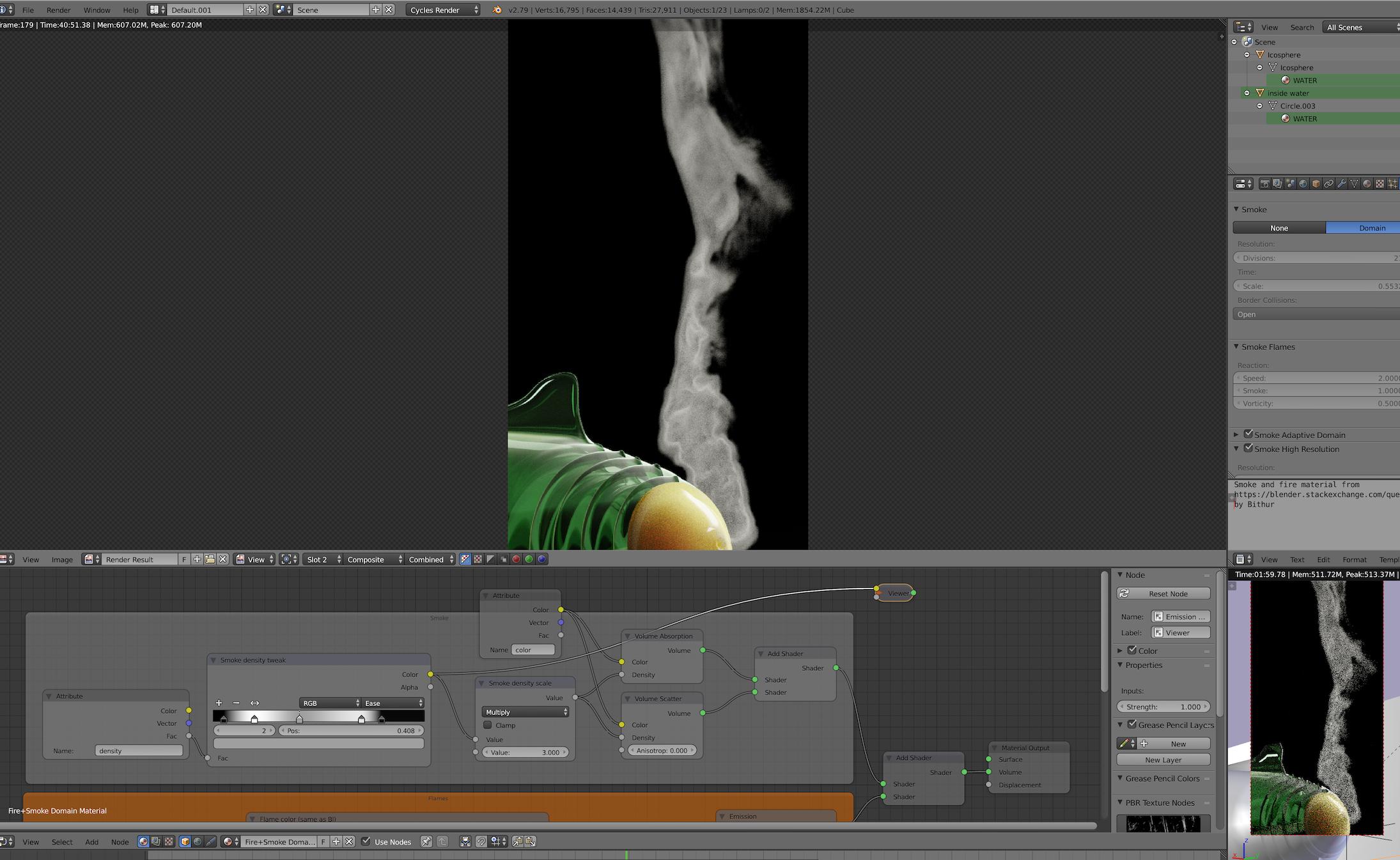 Gory details: blender 2.79b on 5k iMac Radeon Pro Vega 48 8 GB graphics Rendered a slice of the overall scene at 1500 samples, no denoissing.

Surprised this has remained unanswered...I believe it's pretty straightforward...

The viewer node is nothing but a run-of-the-mill Emission node with color: white and strength: 1. Hit the little triangle on the left side of the Viewer node to expand it and you'll see for yourself.

As for "ruining your render"...not at all. It's perfectly valid to plug an Emission node into the Material Output Volume socket. In fact, some people utilize this as "poor-man's volumetrics". You'll get a somewhat similar effect to a light-infused volume with absorption/scatter but with nearly instant renders versus the noise-fest of the real thing.

Attached image shows examples with a simple object made up of intersecting cubes with an arbitrarily chosen texture to add some color variation. The left instance of each pair uses standard volumetrics nodes and has a point light embedded at it's center. The right instances use an Emission node (with same settings as a Viewer node) and plugged into the Volume socket. 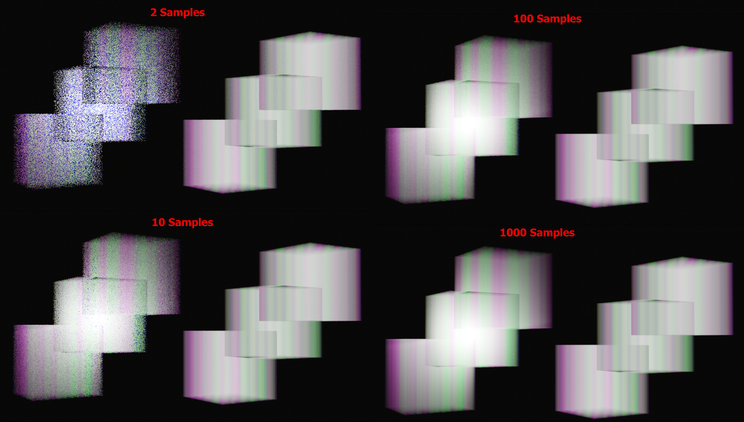 (That demonstrates the rendering requirement differences. Your real-world example may demonstrate the appearance similarities better.)

Oh, and FYI, Ian Hubert uses the technique in at least one of his famous Lazy Tutorials. Don't blink or you'll miss it!

Not the answer you're looking for? Browse other questions tagged nodes smoke-simulation or ask your own question.

2
volume scatter is overexposing my scene
16
Distance from the surface as an input node for use with volumetric materials
0
Cycles: Apply gradient to light cone setup with spotlight lamp
1
Volume scatter without rendering the volume object
9
How do I get the Color value from an RGB node with Python?
1
Where is the Clamp Node
0
Smoke is not appearing in the “render” viewport, version 2.82