I have a turret, displayed below, which I would like to duplicate and mirror across the global Y axis. 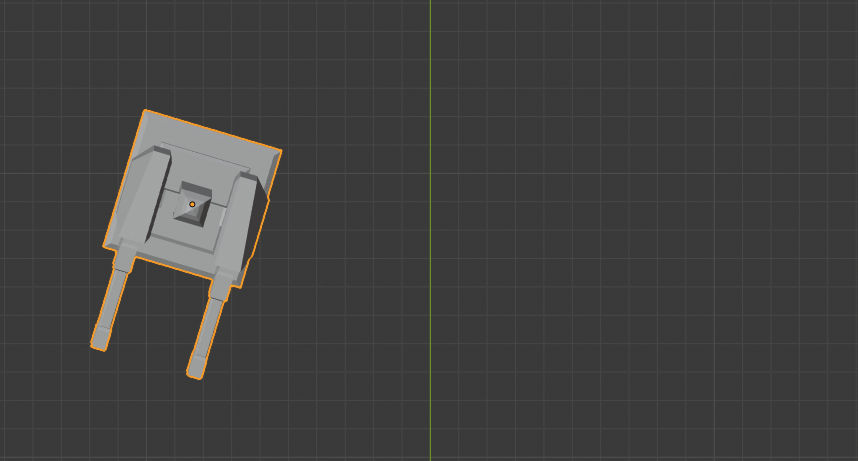 I can do this in Edit Mode, using Shift D, Enter, Ctrl M, X, which shows what I'm looking for: 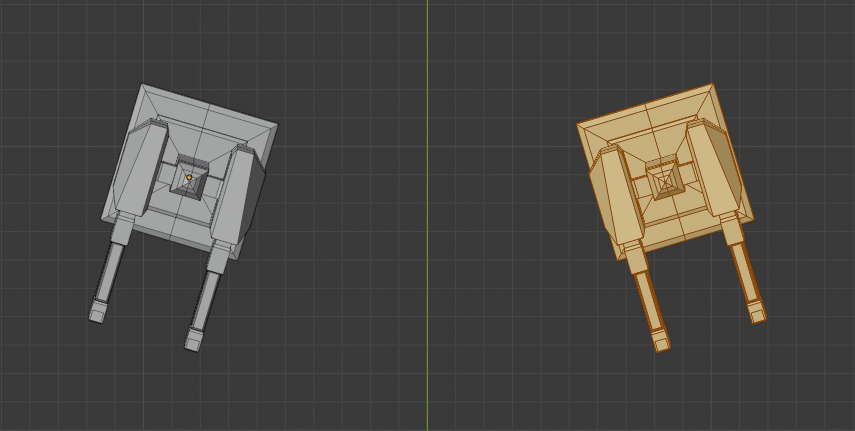 However, this object is using a mesh shared by several other objects. Mirroring the mesh affects the other objects, naturally. What I'd really like is to mirror the object across the y-axis. But the result is not what I would expect: 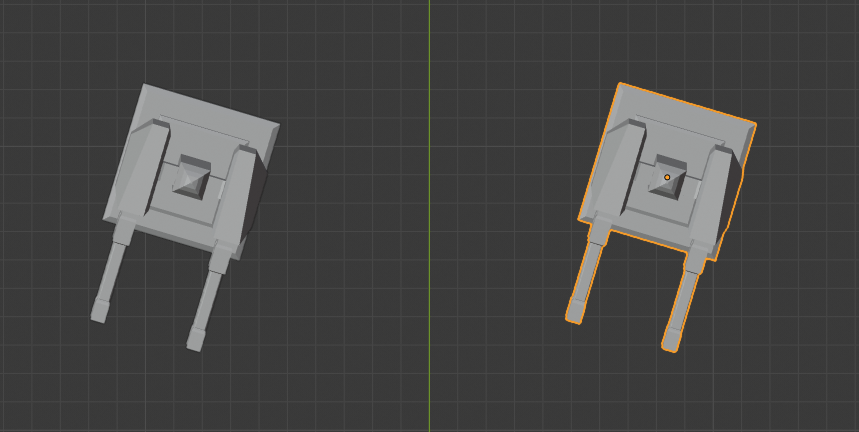 That was done with Alt D, Enter, Ctrl M, X. The new position of the duplicate is right, but the angle is not.

What is going on here?

(In both cases, the pivot point is the 3D cursor, which is set at the world origin.The transformation orientation is set to global.)

The turrets involved are on a larger craft that will be mirrored in it's entirety. I'd rather keep the turrets as separate objects than join them, since I may replace the mesh they use with another, or edit the existing mesh.

If you are doing this so that they could be animated I would add a Copy Rotation Constraint and then invert the Y axis.

Or if you are modelling, Create a new collection with the left side (M) and then place a Collection Instance (Shift-A) of that and mirror the Instance. The collection instance has it's origin in the centre but it can be moved in the Context menu for the object -> Collections.

If you later on want to commit this to be real object you, just Make Instances Real (search for it with F3). They will still be linked copies.

You have rotated your object in Object mode. If you mirror, it will mirror on the object own local axis, not the global, that's what happened. So if you want to have an object that looks mirrored on the global axis you first need to apply the rotation with ctrlA, so that its current local axis aligns to the global, but I'm not sure that's what you want. Maybe simply rotate it the opposite way with a Z rotation value that you enter in the N panel.

17
Understanding mirroring and inverting an object
4
How to get the mirror image of an empty?
1
Mirror and flip objects with mirror modifier
0
How do I mirror what I am doing on one part/side of the mesh onto the other?
0
Ctrl+M (interactive mirror) is not taking the object's rotation into account
2
Mirror command messing up UVs in 2.9
0
Mirror modifier using global axis instead of local