In blender 2.8 how do you make a local instance of an object in use by multiple scenes?

I have created a new scene using linked copies.

Now I need to make a few of the object single-user so there is a separate object in the original and in the new scene.

Blender 2.8 seems to lack that button. How do I make a single-user copy of the object?

Do not confuse the object with the object data (like mesh or curve). The mesh panel does have the button, but I need to make the object single user and that panel is missing the necessary button.

Based on some of the comments I have concluded I am going to have to get horribly detailed, because what other people are experiencing does not match how my stock blender 2.80 behaves:

Start with the default scene: 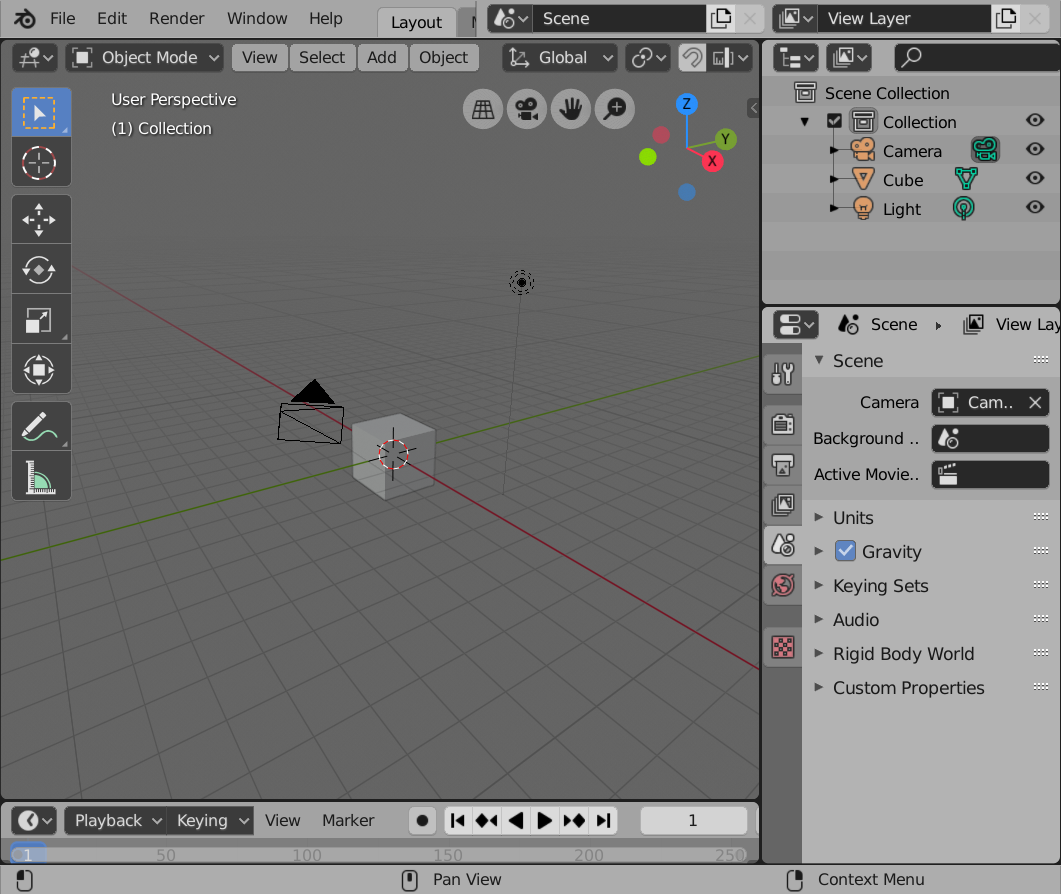 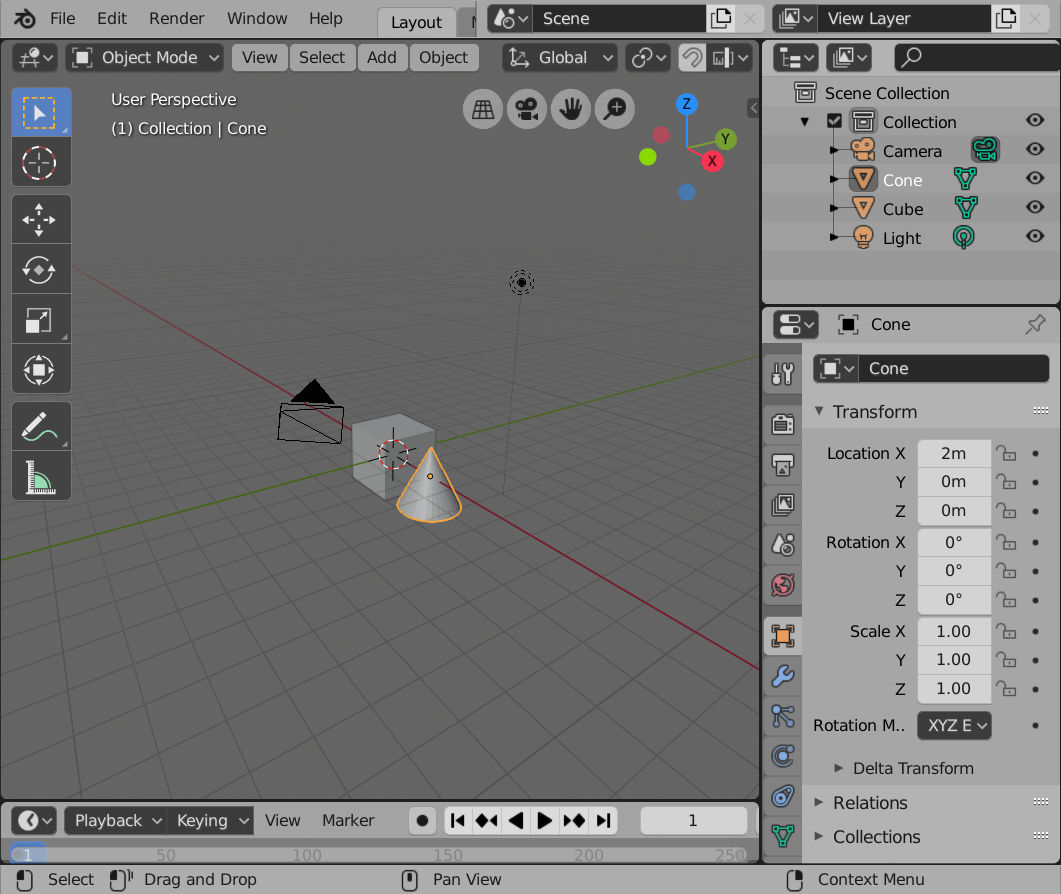 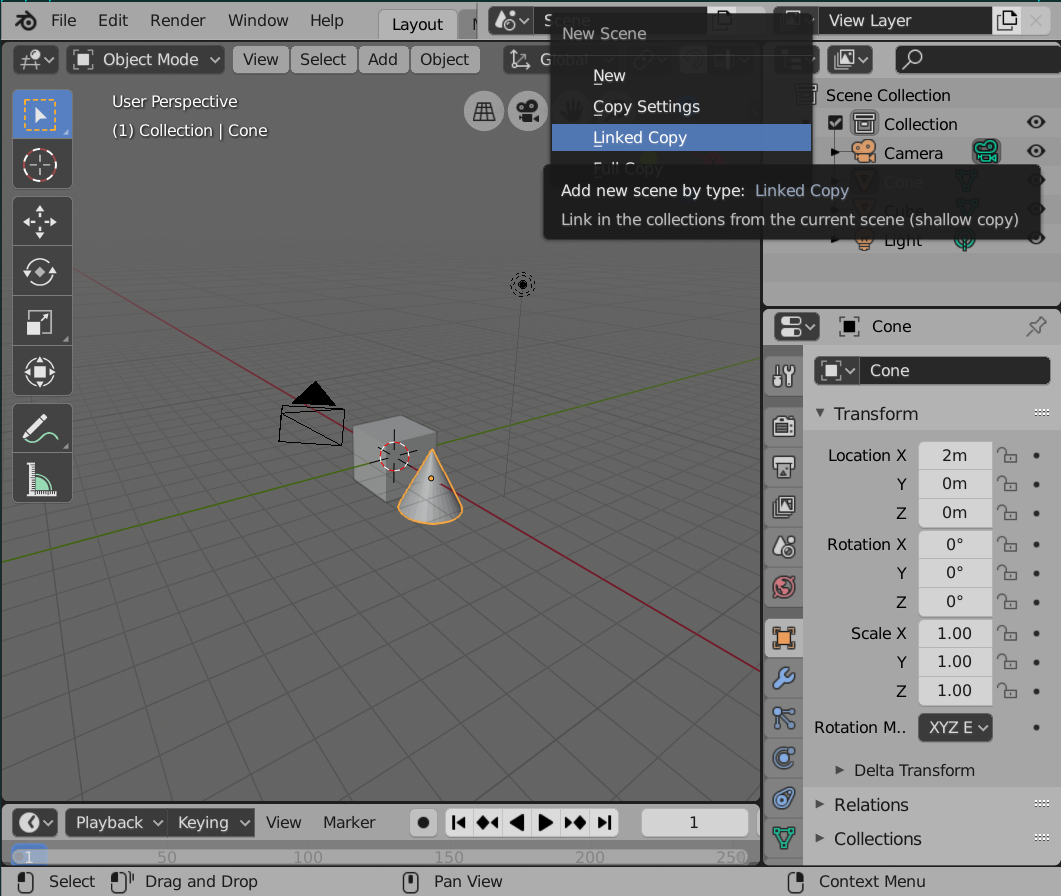 and let's change the outliner to let us see both scenes 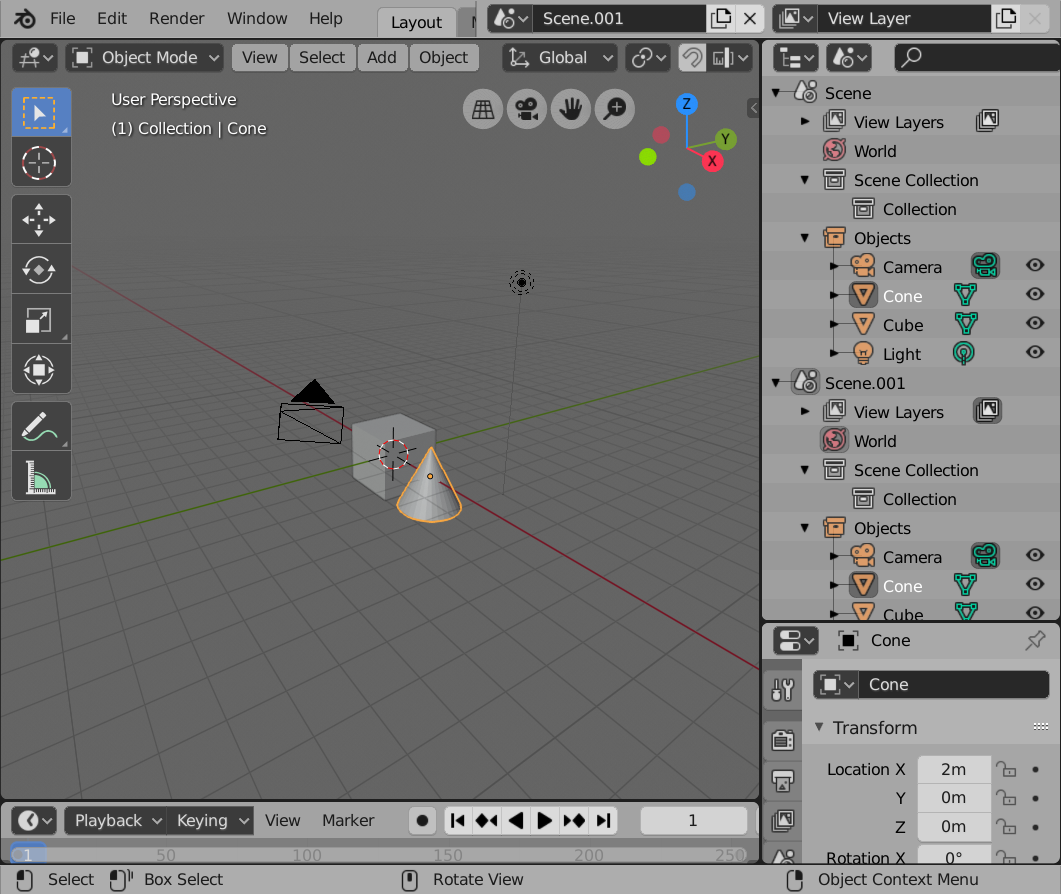 Notice that my Object panel lacks the button that would allow me to make the object single-user. 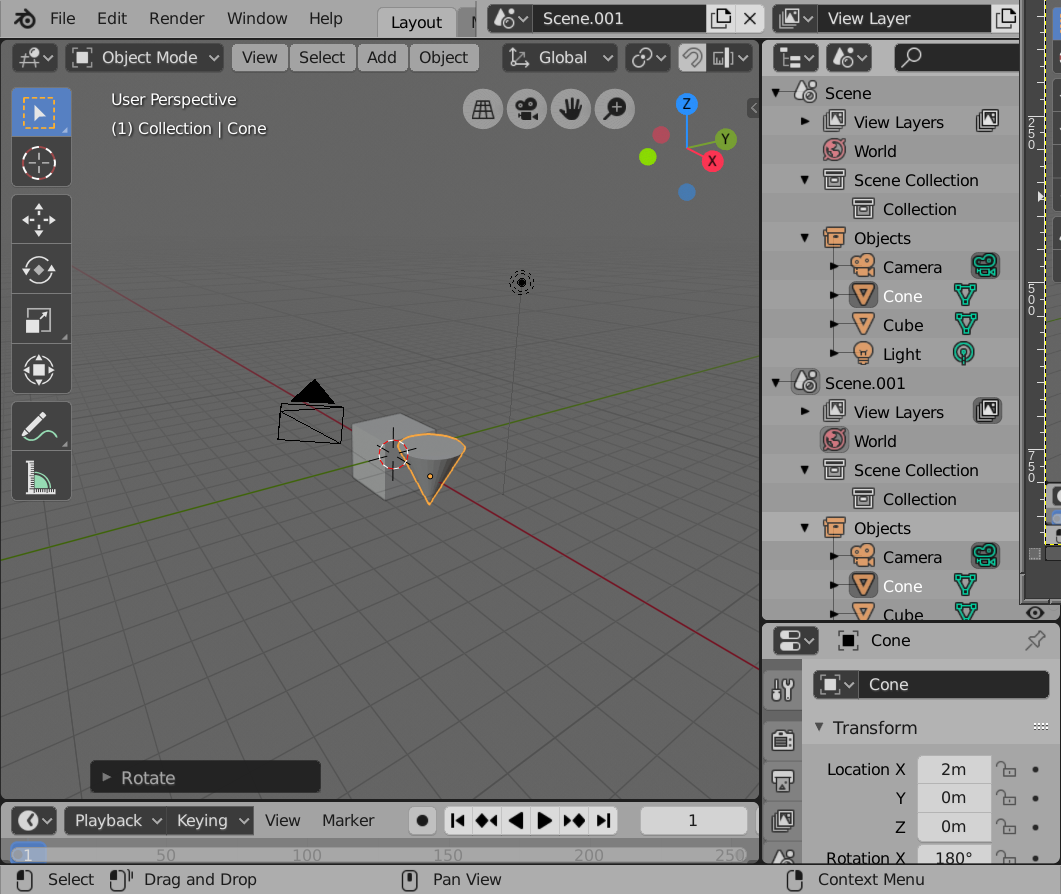 Oh no! It affected the original scene 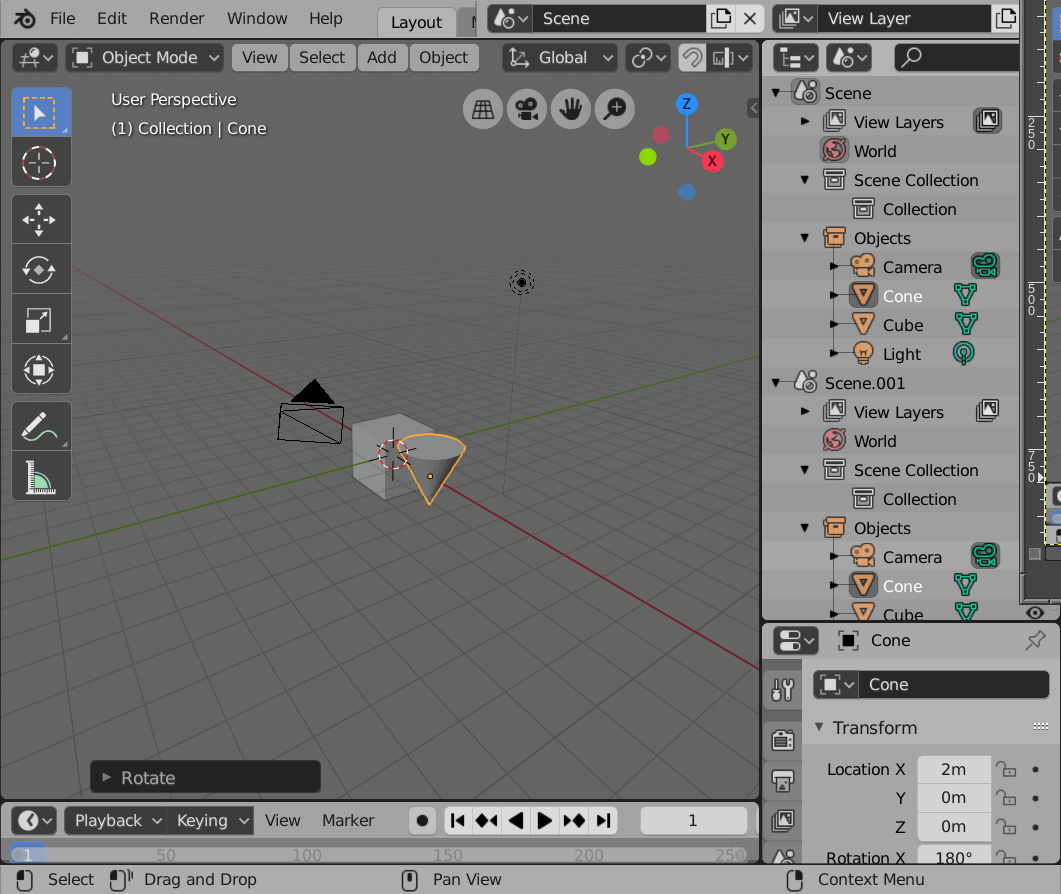 And if we delete the object from one scene, it disappears from both scenes. WHAT! 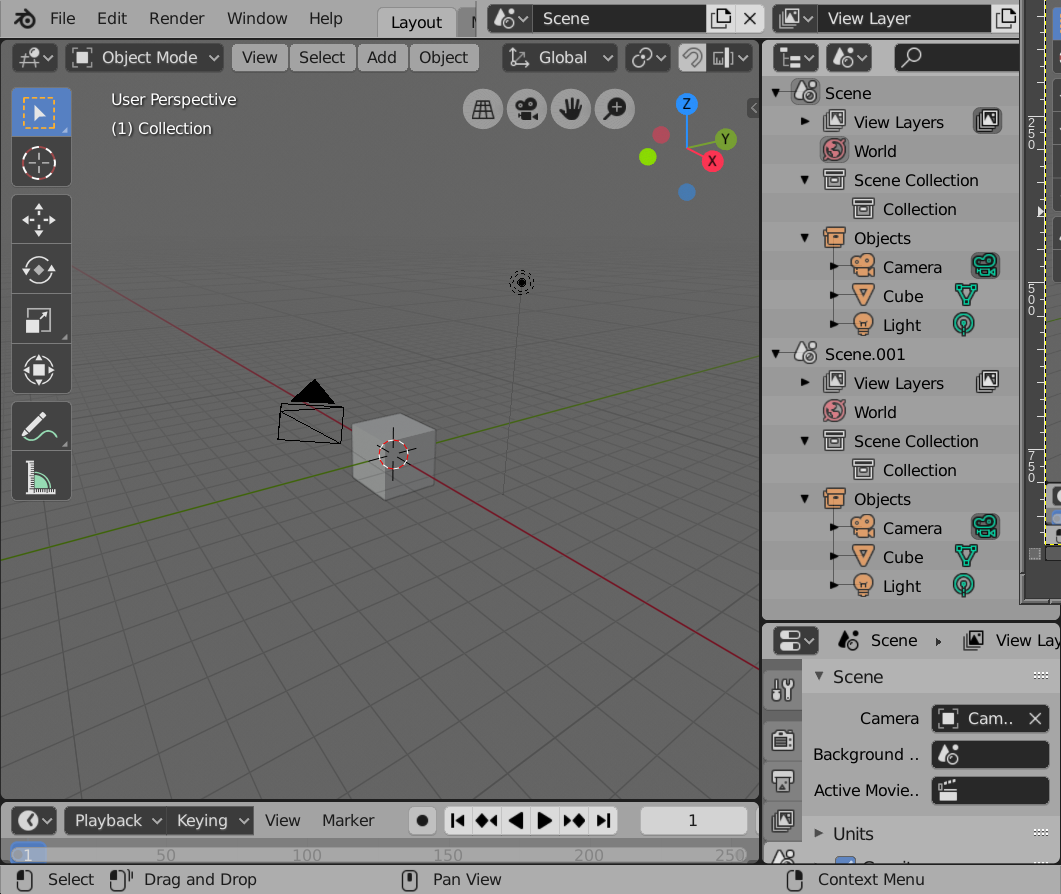 Undo that deletion. Let's use the Object>Relations>Make Single User>Selected Objects . 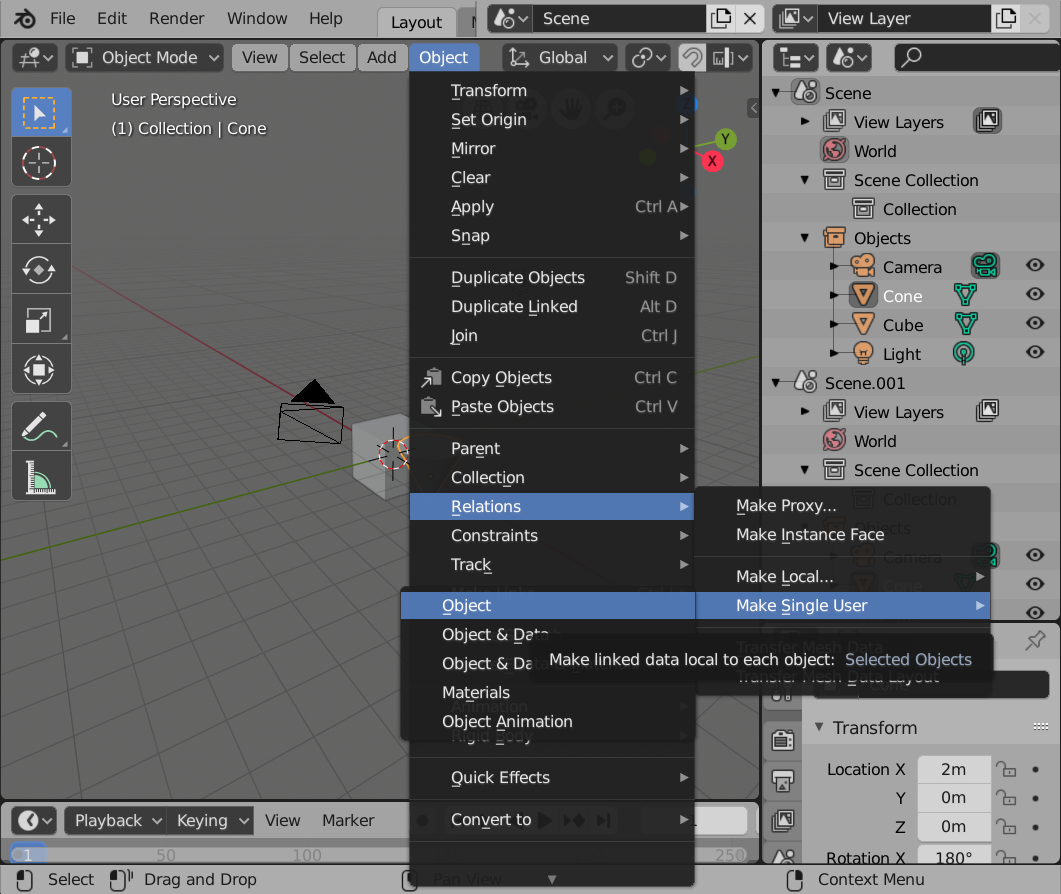 Oh no. Now both scenes have Cone.001 and Cone has disappeared. 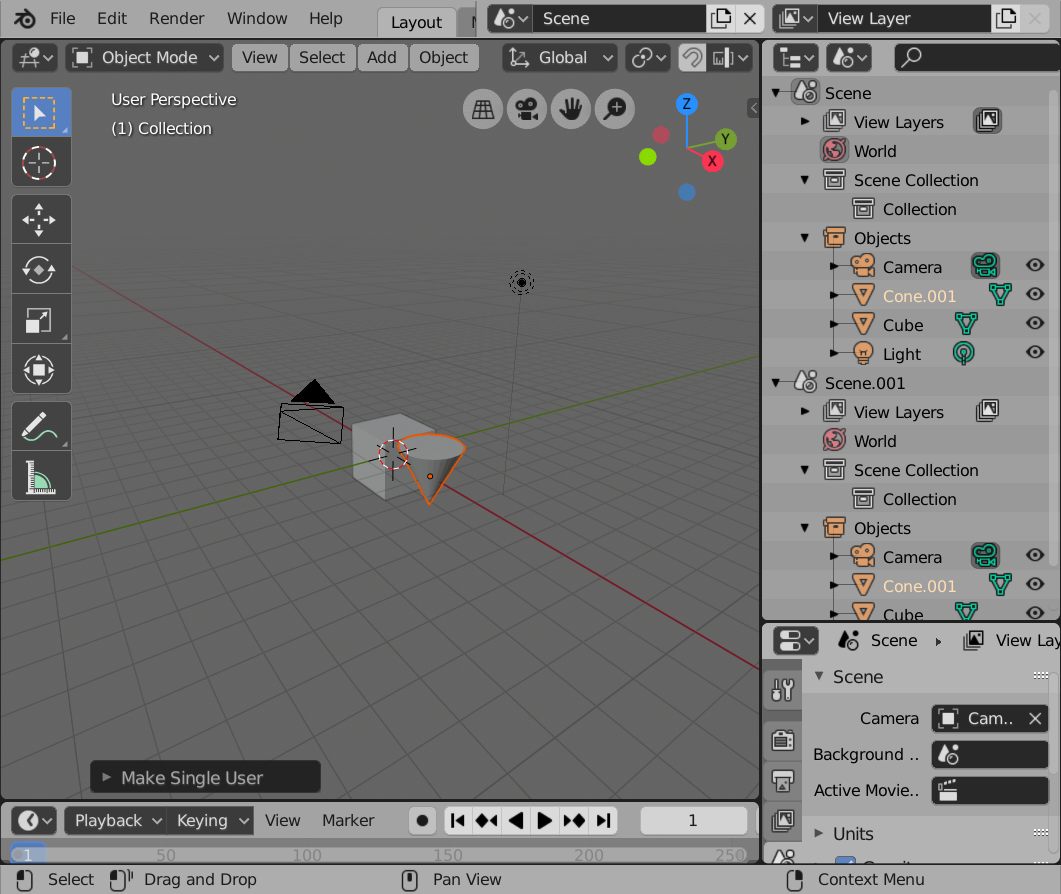 How do I change my workflow to accomplish the mission of having two scenes with some objects in common , and other objects have single-user versions of objects from the original scene?

Make New Scene with Copy Settings. Go to your first scene and link all necessary object to newly created scene. Go to your new scene and now Make Single User under Object->Relations works as expected.

I have the same issue in 2.9x version too. Using linked copy will cause the collections linked to both scenes, make single user works with the objects that ONLY in scene collection.

I found out that using "Instance to scene" option to instance a collection from the original scene to a new scene allows you to change the Loc, rot and scale without affecting the original objects.

Make sure you're in the scene you want the instance be when clicking the "Instance to scene" button. It will create a empty for the instance and you can center it by using set origin.

Still figuring out the workflow with a complex scene, also the "linked copy" feature still makes me confuse. 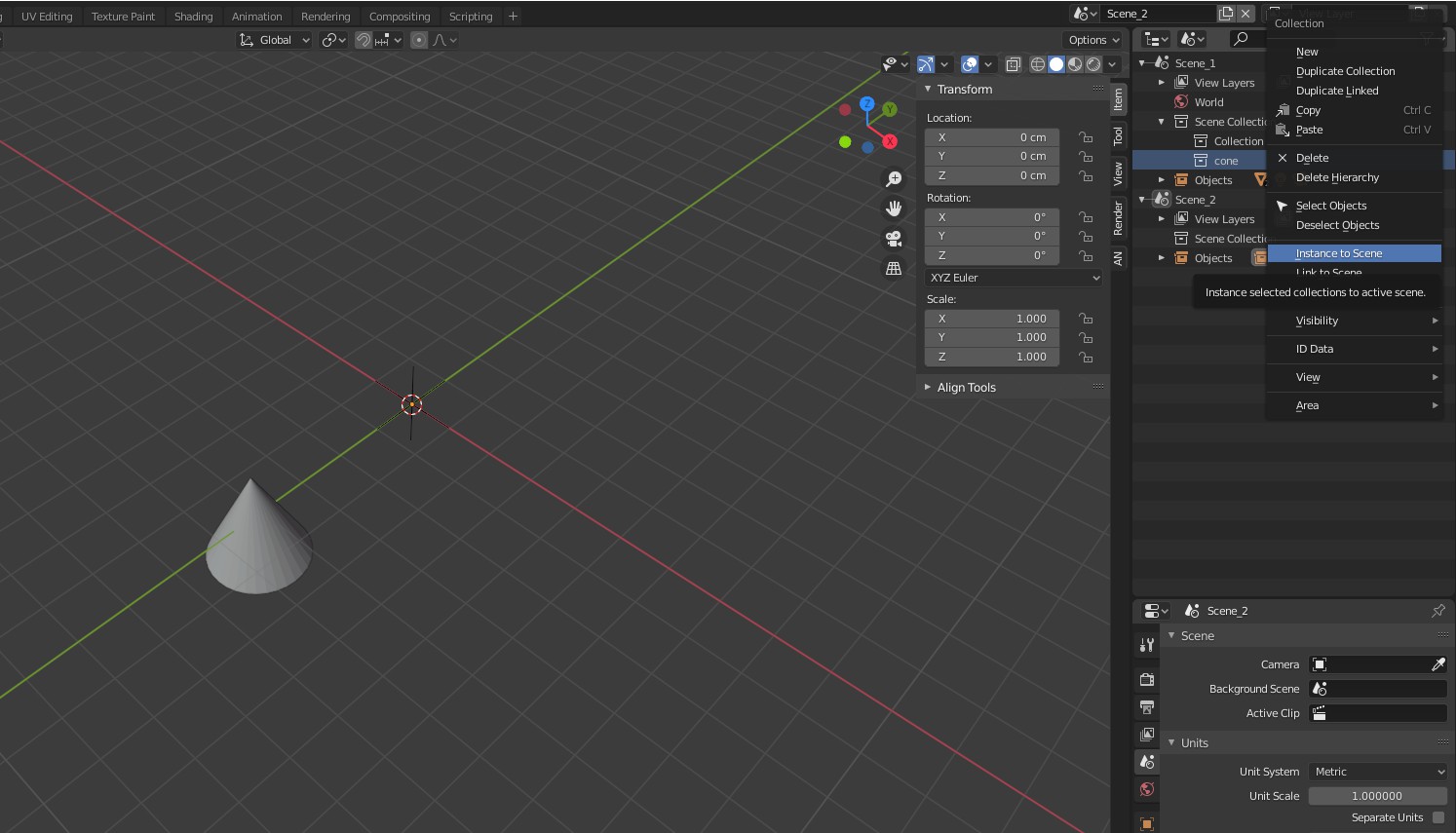 at the top of the screen, click object - relations and there are two options there that should do what you want: make local or make single user.

Not the answer you're looking for? Browse other questions tagged workflow or ask your own question.

3
In blender 2.8 how do I make a scene-local instance of a collection after creating a linked scene?

2
Is it possible to split a .blend file?
11
How to deal with a scene that has both very large and very small objects
1
How to use Blender in a way that allows easy modifications
1
Is there a good reason to ever start modelling with something other than a subsurfed cube?
1
Disable editing of multiple objects in Blender 2.8
3
How to maintain multiple cameras with different resolutions