I'm trying to squeeze out some animation highlights for a sizzle reel and wanted to save time by reusing my background with the compositor. Here is what was being rendered before I used a transparent background and set the ground plane to a shadow-catcher. This took about 15 to 20 minutes and have 32 of these to render: 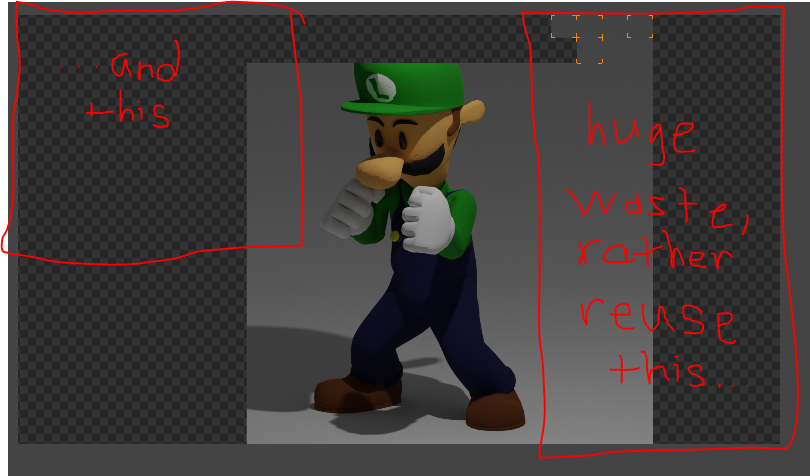 So I saved an image with only the background in it and set up the compositor, thinking the program would either completely ignore most of the background (I set the ground plane as a shadowcatcher) or zip-thru the empty areas, but the square regions are taking just as long to compute empty space! 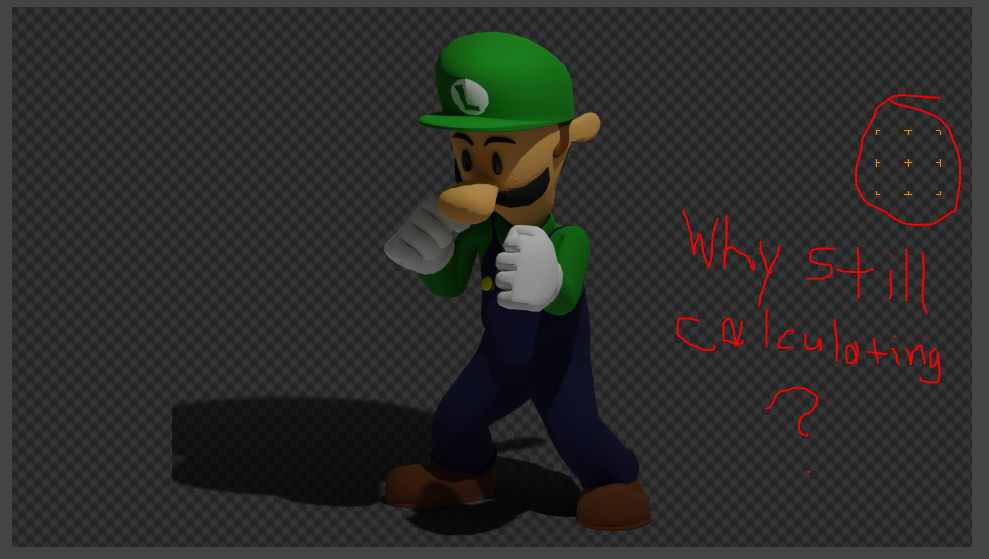 I followed this tutorial for my setup pretty much exactly, except the image I am using for the composited background is just the ground plane without the character:

Here is my compositor setup (for some reason the character isn't in the preview but obviously he is being rendered sans background): 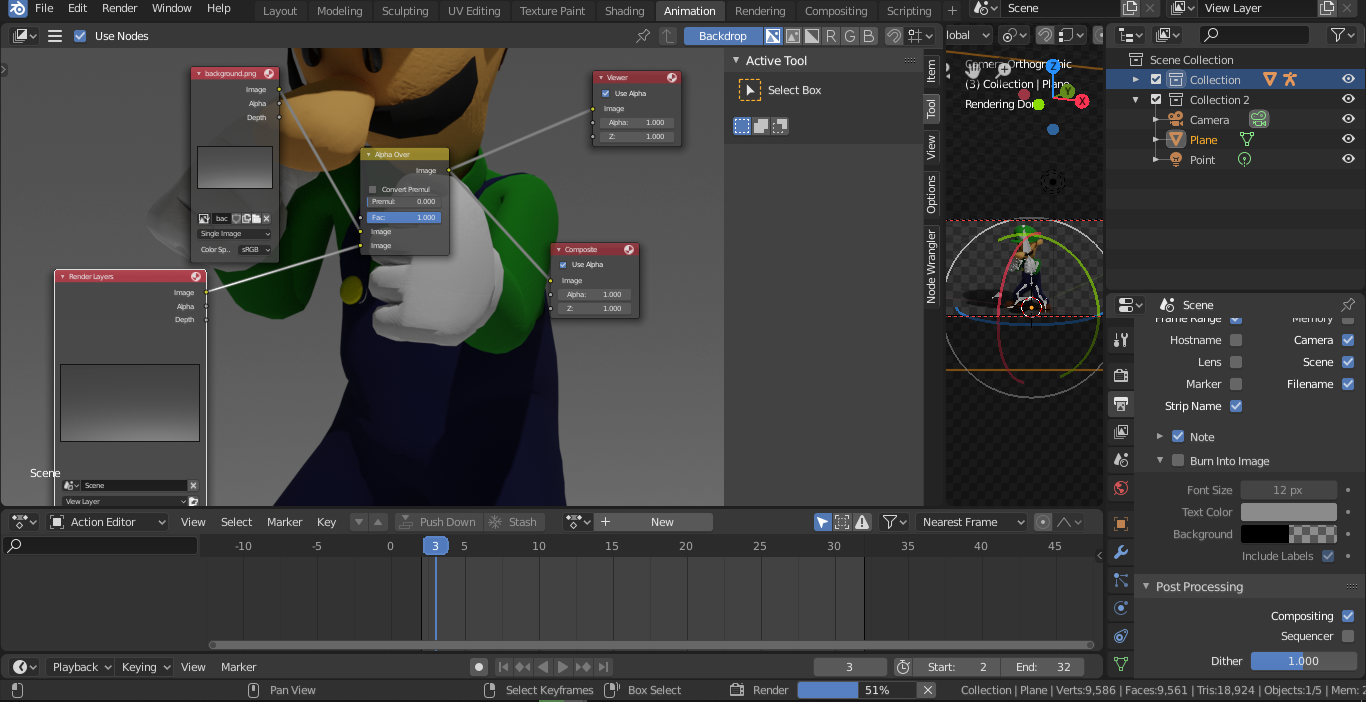 What am I doing wrong? How can I save time rendering this image sequence? Eevee is not an option because the shadows don't blend as nice even if I crank up the settings 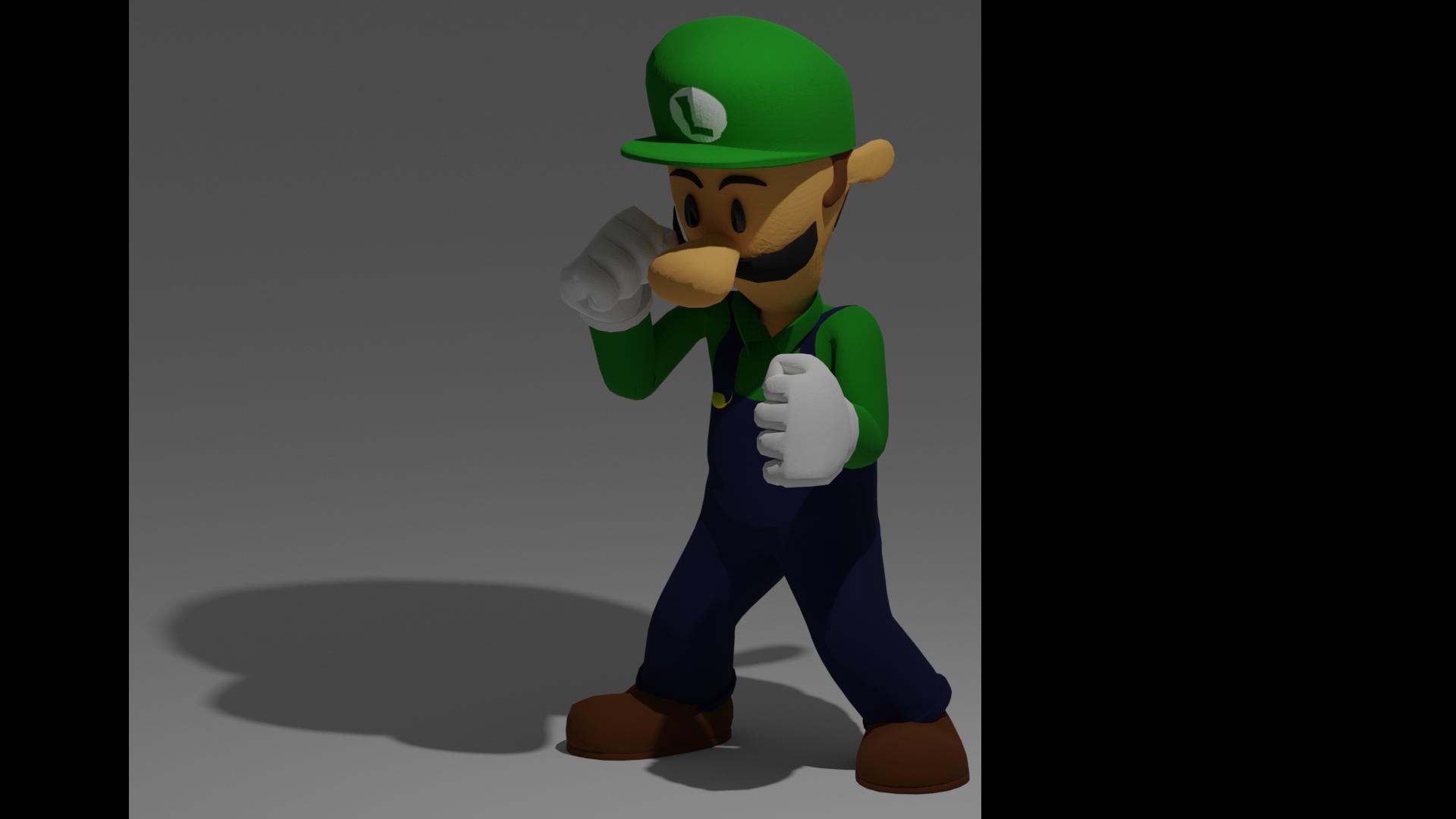 The topic of this question is how to save time rendering using the compositor so this is still relevant because using border-rendering WOULD save time if it worked with the compositor. Is there a way to do that? I turned "Crop to Render Region" off because keeping it on was literally cropping the image. But with it off, I have these black regions.

No adaptive sampling in Cycles in Blender versions prior to 2.83

Cycles used lack adaptive sampling functionality in versions lower than 2.83 so no matter what, the pixels being rendered used to get sampled as many times as there were samples defined in the render settings.

You could make a plane, parent it to the camera(Ctlr+p) using Without Inverse option so it snaps to the camera and is oriented to it's local space, move the plane and cut a hole in it so it's sort of a mask. If you assign Holdout shader to it it will get rendered as transparency (transparent film enabled) and it will still get sampled, however those samples are going to be as easy to calculate as possible, so it will speed up the process greatly. You can make any shape of the mask just by modelling the hole the way you need it to be, however if it covers anything that you need in the render(like shadows for example) that will become invisible, so you need to be careful about what you mask.

You can see the masked areas outside the center of the image render a lot faster:

Adaptive sampling is added since Blender 2.83

From version 2.83 adaptive sampling is finally added and if enabled will render transparent areas a lot faster. 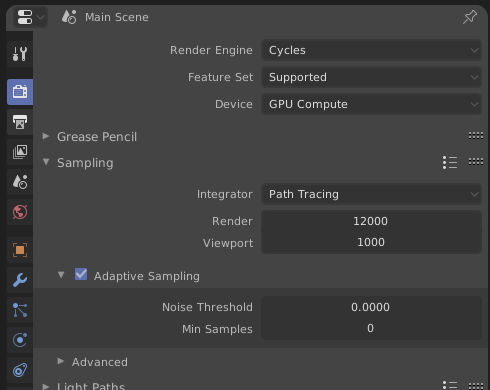 Not the answer you're looking for? Browse other questions tagged rendering transparency compositing-nodes shadowcatcher or ask your own question.

2
How to not render unnecessary tiles?

15
Using scenes and render layers to composite an object isolated on white background with shadow
1
Blender Camera Tracking ground plane - unable to adjust shadow darkness
0
Shadow catcher plane transparency problem in compositing
0
Make objects invisible when they go through shadow catcher?
0
How can I remove white from my backgorund layer?
2
Tweaking shadows when compositing over a background image (Blender 3.1)