Can anyone tell me what's wrong in this picture? This is my first attempt at baking a normal map from a high-poly mesh to a low-poly mesh, and I've been stuck at this step for hours. I've followed tutorials step-by-step, and still can't figure out what's going on. All the related posts I've looked at are about some specific artifact appearing in an otherwise decent normal map; I've tried changing the ray distance and thought about trying to make a cage, but as you can see in the picture the failure is so complete that I'm sure I'm missing something really fundamental here... 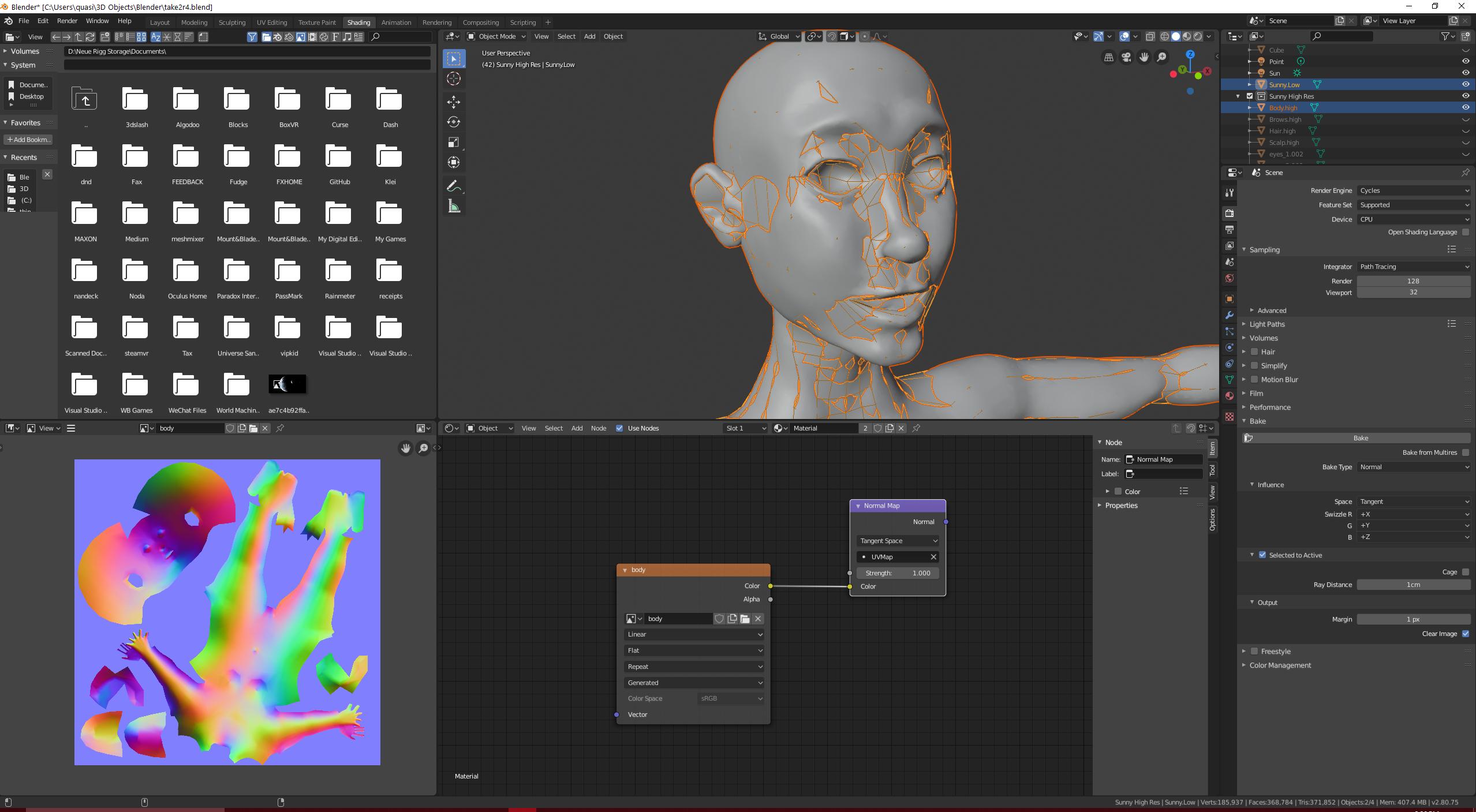 Solved! For the sake of better organization, I had my high-poly meshes in a separate collection from my low-poly meshes. 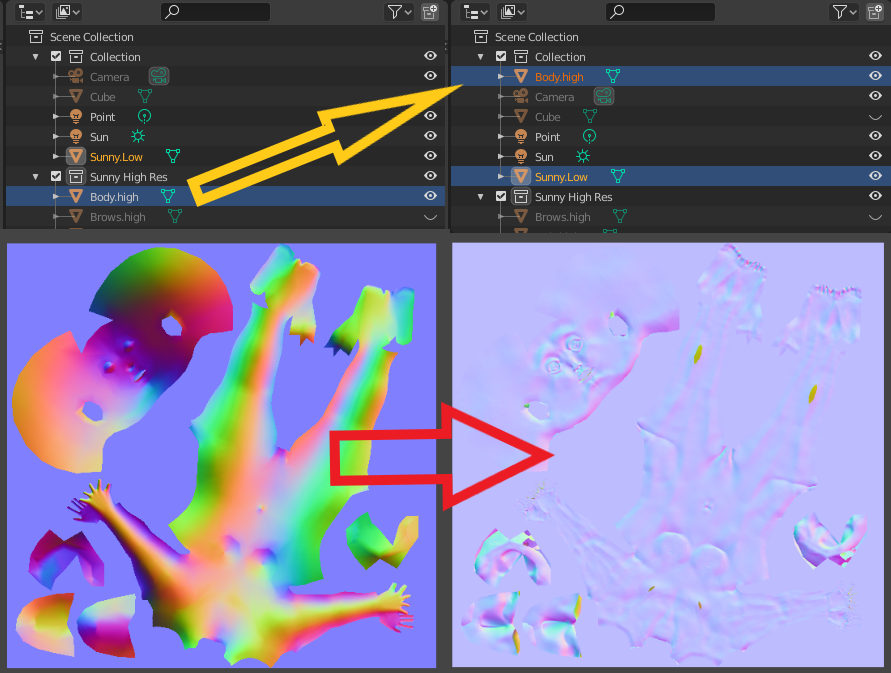 In the Outliner window, I dragged the high-poly mesh into the same collection as the low-poly mesh, and after that the normal map baked properly (not perfectly, but it's at least a starting point.)

So I think what I'm missing is an understanding of what Collections are in Blender and how they are used; I was assuming they were a way to organize and collectively edit groups of objects in a scene (basically what it says on the tin), but evidently there's more to it than that.

(Haven't looked into details of why this worked yet, but it just bugs me when an op comes back with "solved!" but gives no explanation of how they solved it, so this is what I've got.)

I had the same problem and found that it was I had disabled the High Poly mesh from rendering in the outliner.

How to enable object for rendering

MunkybunkyMunkybunky
101
$\endgroup$
Add a comment  |
Highly active question. Earn 10 reputation (not counting the association bonus) in order to answer this question. The reputation requirement helps protect this question from spam and non-answer activity.

Not the answer you're looking for? Browse other questions tagged baking or ask your own question.

0
How to enable object for rendering