Bezier circle shrinkwrapped on sphere. Empty doesn't follow path. I accidentally captured this with the curve origin moved to the empty, but that doesn't affect the issue.

@lemon provided a renderable visualization. Here the curve I'm later referring to is visualized as a slim torus, which keeps its' thiccness diameter and turns into a sphere, of the said diameter, when it's at the poles.

I keep saying animation, but I don't mean rendered animation, when there's no surface or thickness.

Basically replace the torus in lemons animation with a curve... Edit: shrinkwrap makes the curve move along the sphere, but objects don't follow the path, so my guess is that objects projected from it/ based upon it also wouldn't.

Really unsure this is what is wanted in the question, but:

There is no Python nor animation nodes here. This is simply an animation.

The torus is done from a base little cylinder with an array and a simple deform to curve it: 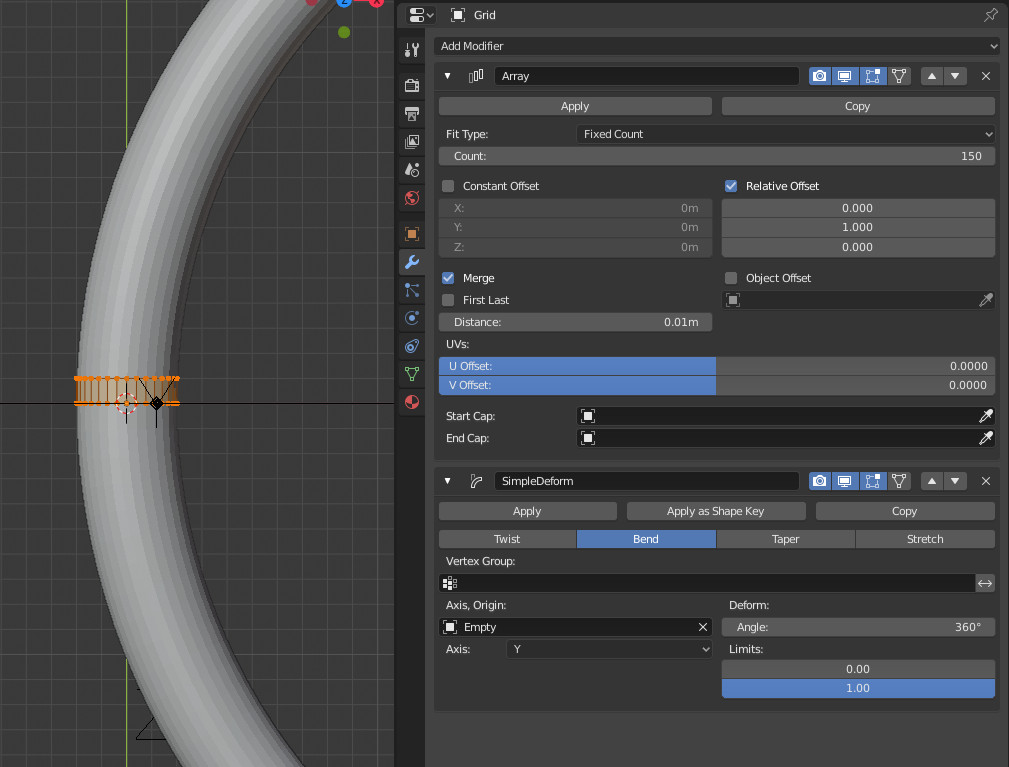 Then animate an empty with a circle curve surrounding the torus: 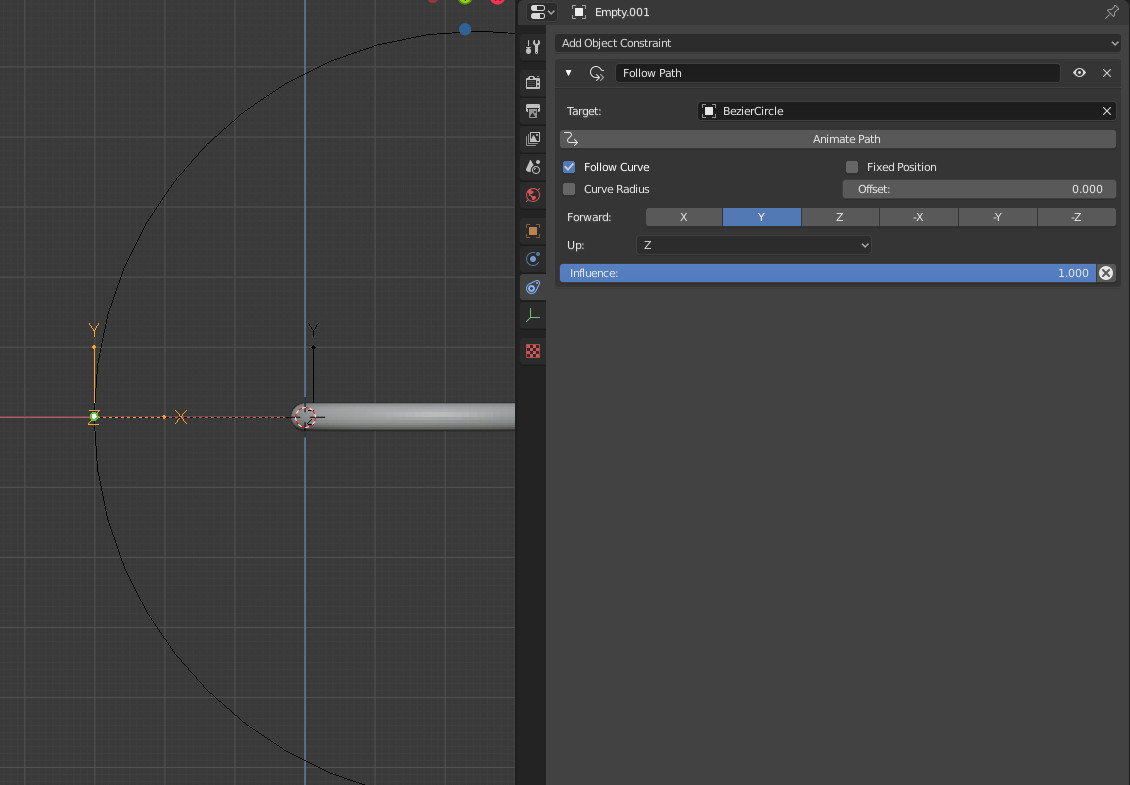 And make this last empty parent of the torus.

All that is due to the simple deform which considers the object origin as base. As the parenting changes this origin location, it gives the result.

The curve is here to ensure that the result will be like 'around a sphere'.

Not the answer you're looking for? Browse other questions tagged python animation nodes curves or ask your own question.

6
How can I animate a mesh moving in a spiral fashion?

0
Extrusion along a curve: position of the profile
4
Realistic sectional door animation
7
Animate Curve along mesh surface
1
Curve path on sphere
1
How to get an empty tracked by a camera to move smoothly between keyframes
0
Drawing a nurbs curve along a surface
2
boat structure modeling - shape to curve along a surface
0
Curve deform - Follow along a path