Animate tori around surface of another torus

How can I replicate this effect (with animation), substituting the flat circles for 3D tori? 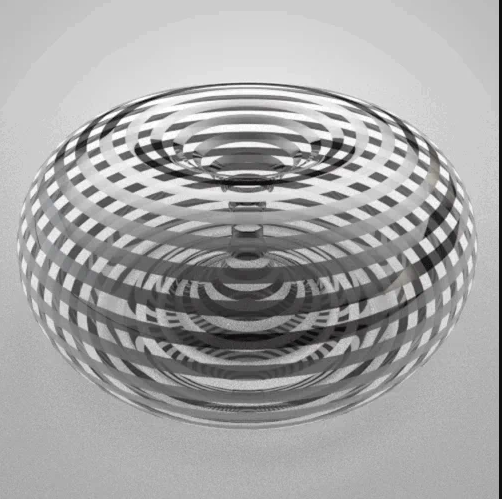 I have tried starting with a torus and using an array modifier around an empty object to duplicate and scale it, but I am not sure how to apply a smooth circular positioning+scaling to the resulting pieces. Additionally, scaling in this way results in wide but flat rings, when what I am really looking for is to modify the circumference of the tori, leaving their cross sectional width constant. 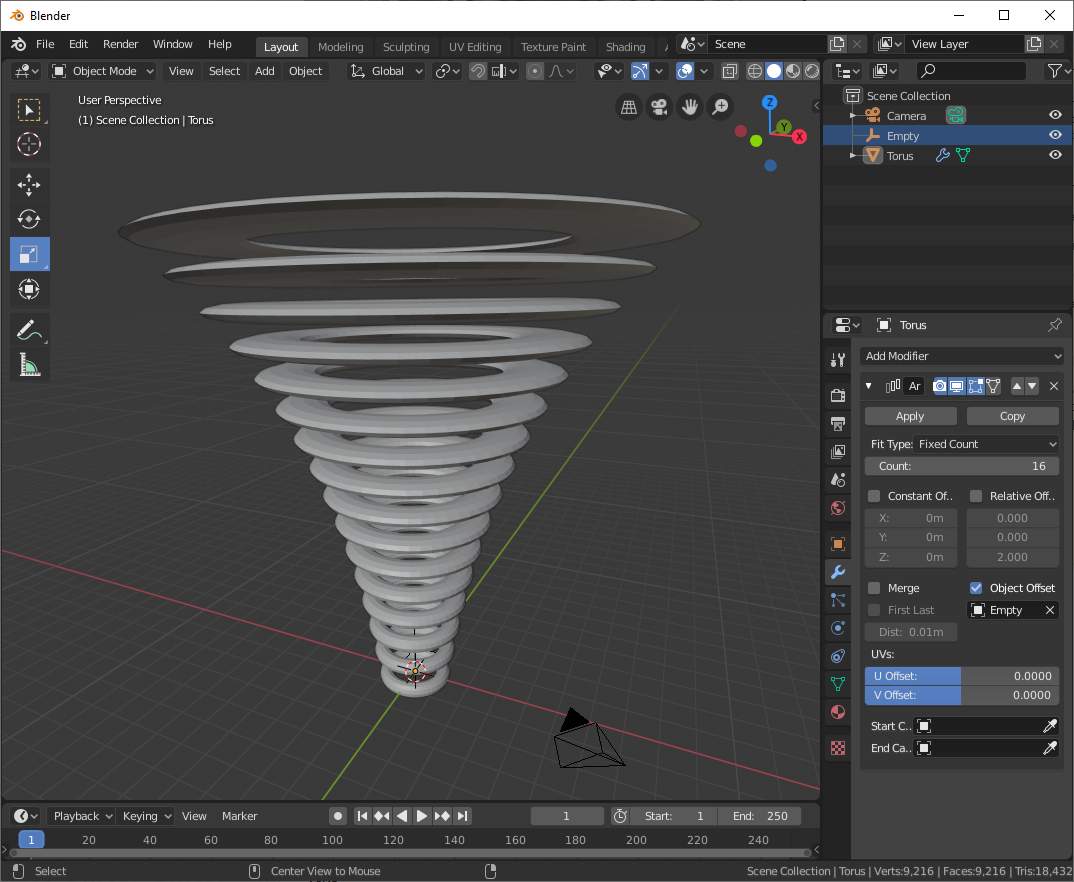 A possibility is to use the properties of 'simple deform' modifier.

I've chosen to make the base flat shape using two arrays (but you can do it another way and with the shapes you want): 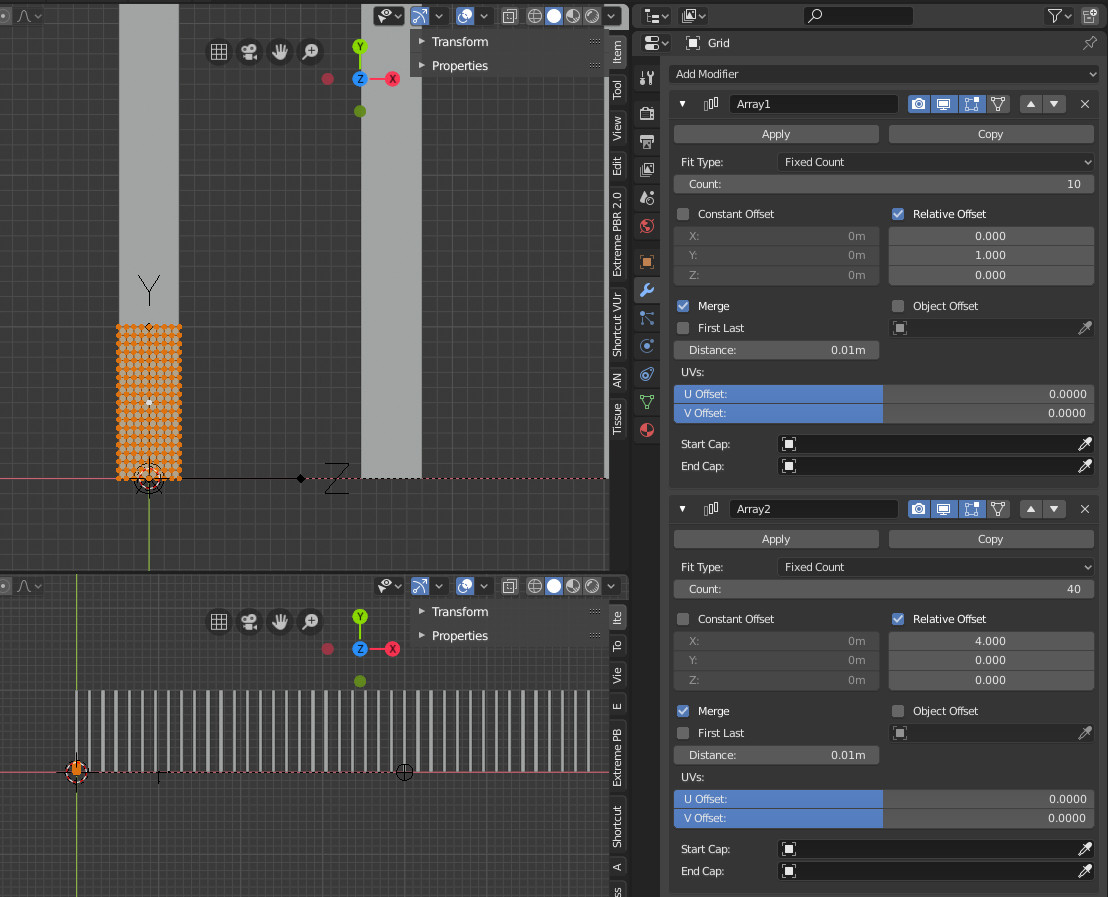 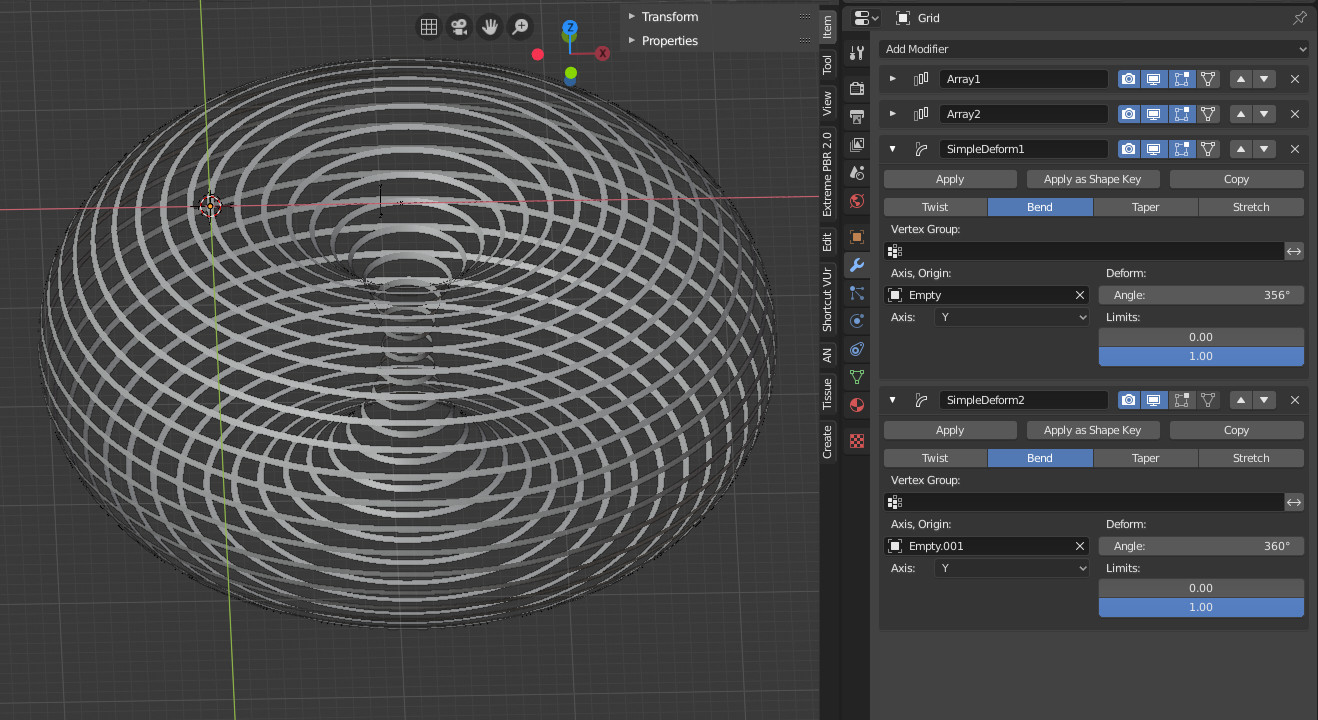 The first simple deform is centered on an empty which is rotated 90° around Y.

The second is centered on another empty which is rotated 90° around X.

Then moving one of these empties along X will tune the torus radius.

Note that the first is not set totally to 360° as if, first and last rings may be too close.

Now parent the torus to a third empty, then move this empty along X to obtain the wanted effect:

What is happening here is that if moved, the torus origin will change. But the deform modifier keep the shape where their axis origins (the empties) are. So it is as if the geometry was shifted from its origin.

A bit complicated solution maybe, but you can change the shape easily, for instance adding a wave effect:

Because the Curve modifier on a cyclic curve is itself cyclic with respect to the deformed object's location, you can do this with 2 curve modifiers. 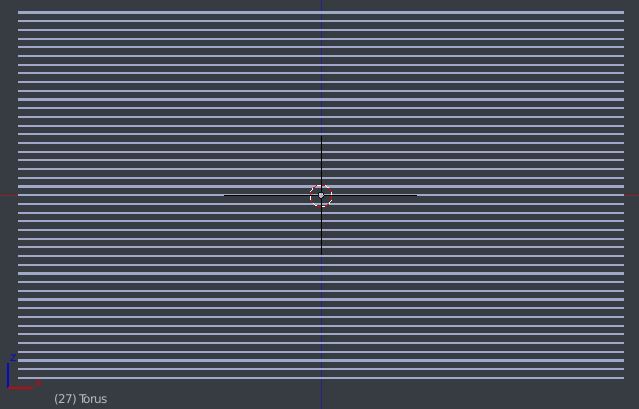 I created mine by taking the loops out of a subdivided plane, and converting to a curve.

In the next step, we will create a circle to deform this sheet into a tube.To get the measurements right, arrange for the Z-dimension of this curve-sheet to be 2*pi*[the circle's radius] with the scale applied, and then delete the top line. 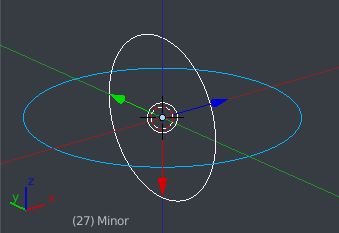 ..This is with the second modifier active, too: 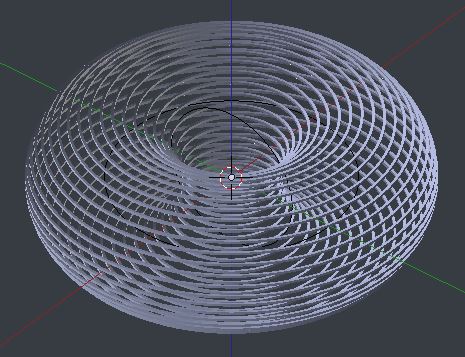 It's probably sensible to parent the whole lot to an empty, so you can move it about without it falling apart.

4
How to animate a character walking around?
8
Wringing a torus around the circumference of its major radius
3
How to animate surface fluctuations
26
Animate winding a ribbon/rope/cable around a cylinder?
9
Animate Curve along mesh surface
1
How to animate camera around a water simulation?