How to change x location axis for particular system?

You can see on the picture below that carrots aren't properly placed to the ground. These carrots were created via particular system I want to rotate my particular system x location axis 90 degrees. Is it possible? or maybe there's another way 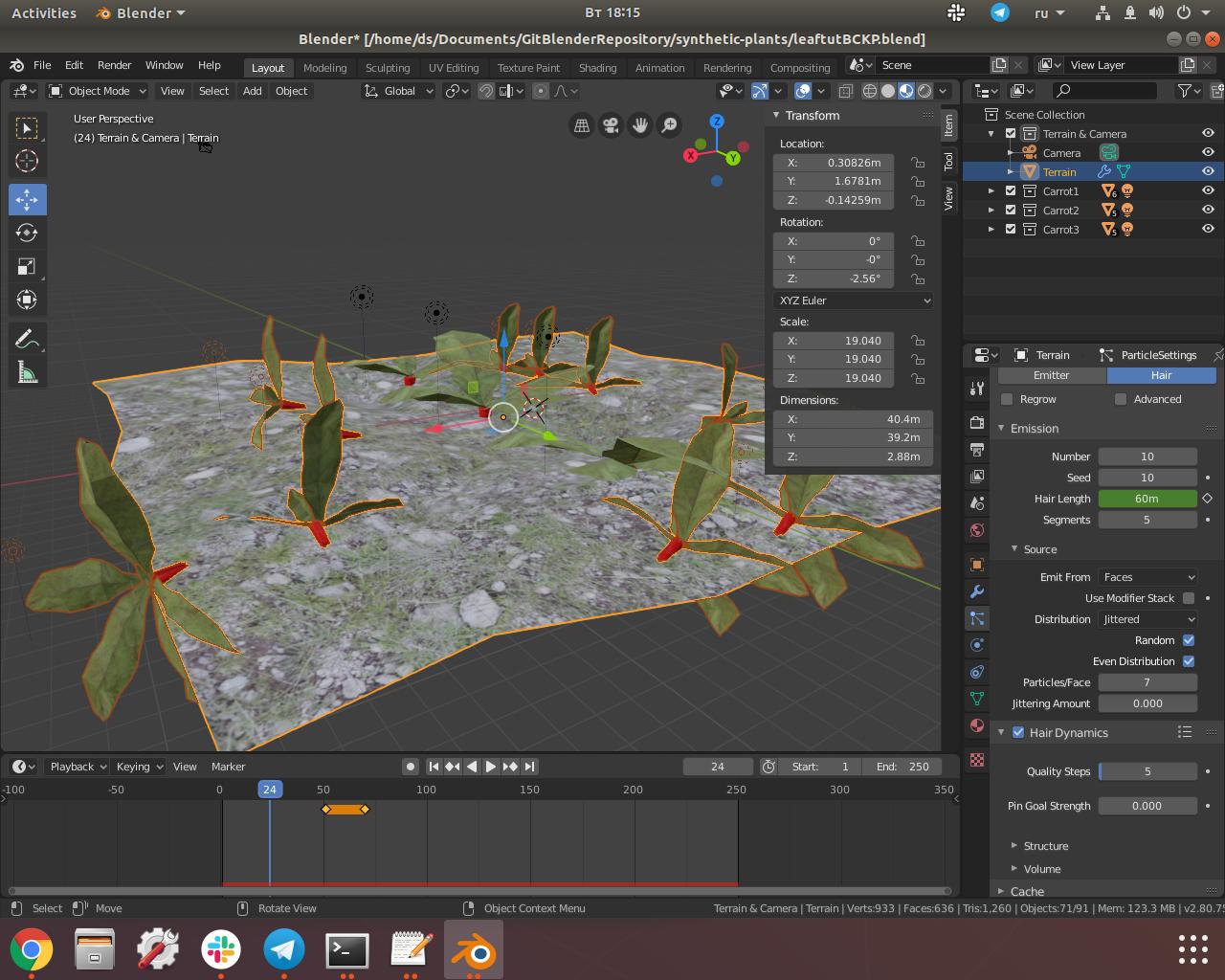 There is a rule to give the proper orientation:

The particle object is considered along its Y axis and this is the axis that will give you the Z (say Z for now, but see below) on the mesh the particles are.

So if you want the carrots to be up (Z), you'll need to change them in edit mode so that what will be Z as particles is Y for the carrot mesh. 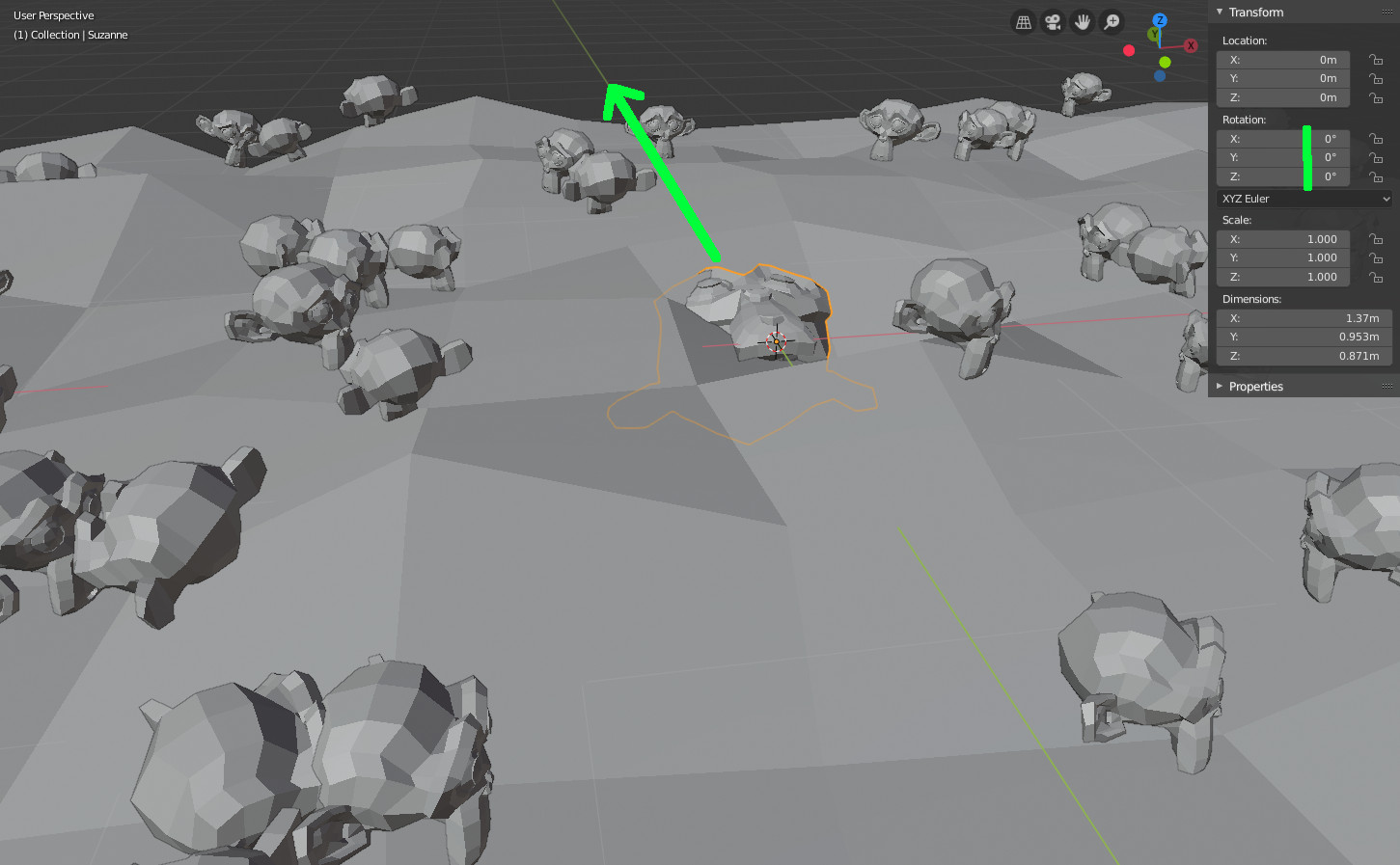 On the image above, all particles are well oriented, but the monkey that is used as particle object is oriented along Y, with no rotation.

Once you have this rule in mind, you now can play a bit with the particle orientation options: 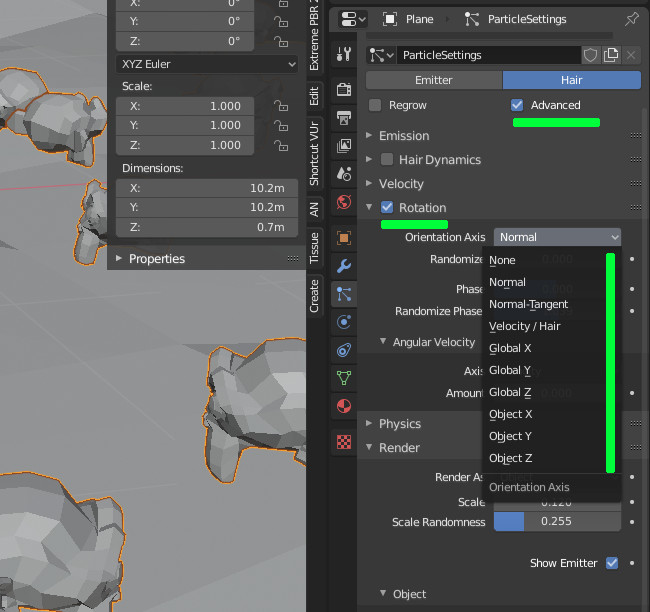 As shown above, the orientation options are accessible if you check 'advanced' on a hair particle system.

The main option is 'orientation axis' (10 possibilities). Each of them is to indicate in which direction of the emitter the Y axis of the particle will be.

I let you experiment about the other options.

Now, as said previously, you need to orientate appropriately you model in edit mode: 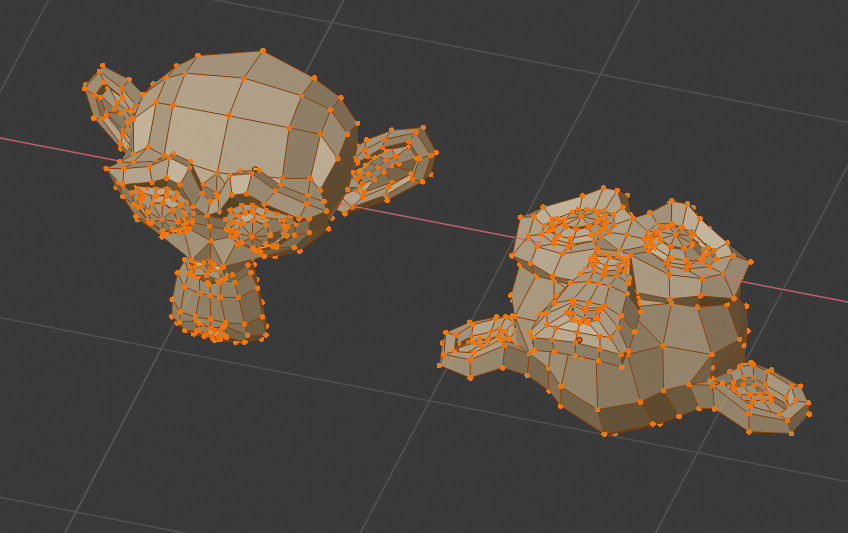 In the image above,

Also, the particles will be emitted from the object origin. So eventually, you'll need (still in edit mode) to adjust the geometry to that the origin is placed conveniently to your needs.

Other options that may interest you:

An easy way to do this is just to go into edit mode on your carrots and rotate them until they look correct on your particle system.

Not the answer you're looking for? Browse other questions tagged particles axis or ask your own question.

0
How do I rotate hair particles (for objects)?
0
Rendering a plane plane of grass, proper particle settings, and scaling
0
how to use a plan to bisect an object?
0
How To Make Particle Object Align According To Emitter' Surface Normal?

3
Is it possible to have a particle randomly rotate around a single axis?
0
How to Fix Axis of Armature Without Wrecking Mesh?
1
Creating orthogonal axis in blender (geometric model)
4
Blender 2.8: dynamically set particle locations via python
0
Realigning the Axis to Geometry
1
Local axis of imported objects
1
Lock leaf particles to specific axis?
1
Need Help With Settings for Hair Particle System \w dynamics enabled
0
Need to figure out how to lock model meshes to a single axis, regardless of Mode/tab within blender