I need to append a large number of objects from an external file. To facilitate that, I created a version of the file that is stripped down just to the objects I need, so I could just select all and append.

But, I can't get the file that is being appended into to see the updated list of objects in the file being appended from. It still sees a whole bunch of objects that no longer exist in that file. I tried restarting Blender, and even restarting the computer, but it is pulling a reference list of what is in that file from somewhere that still remembers all those other objects.

I tried appending everything anyhow, thinking maybe it would discard things it can't find, but wonder of wonders, it imports things that no longer exist in that file. I have checked and rechecked - yes, I deleted them, yes, there they are, appended from beyond the grave. I purged orphan data and it didn't help.

It's hard to usefully show this problem, but here is a screenshot of the object list according to what is there for appending, in the foreground on the left, and at the right side in the window behind, the object list in the file with the objects to be appended. Both are partial lists. All the ones on the left with numbers at the end, or that end in _Col, and others too - they don't exist. 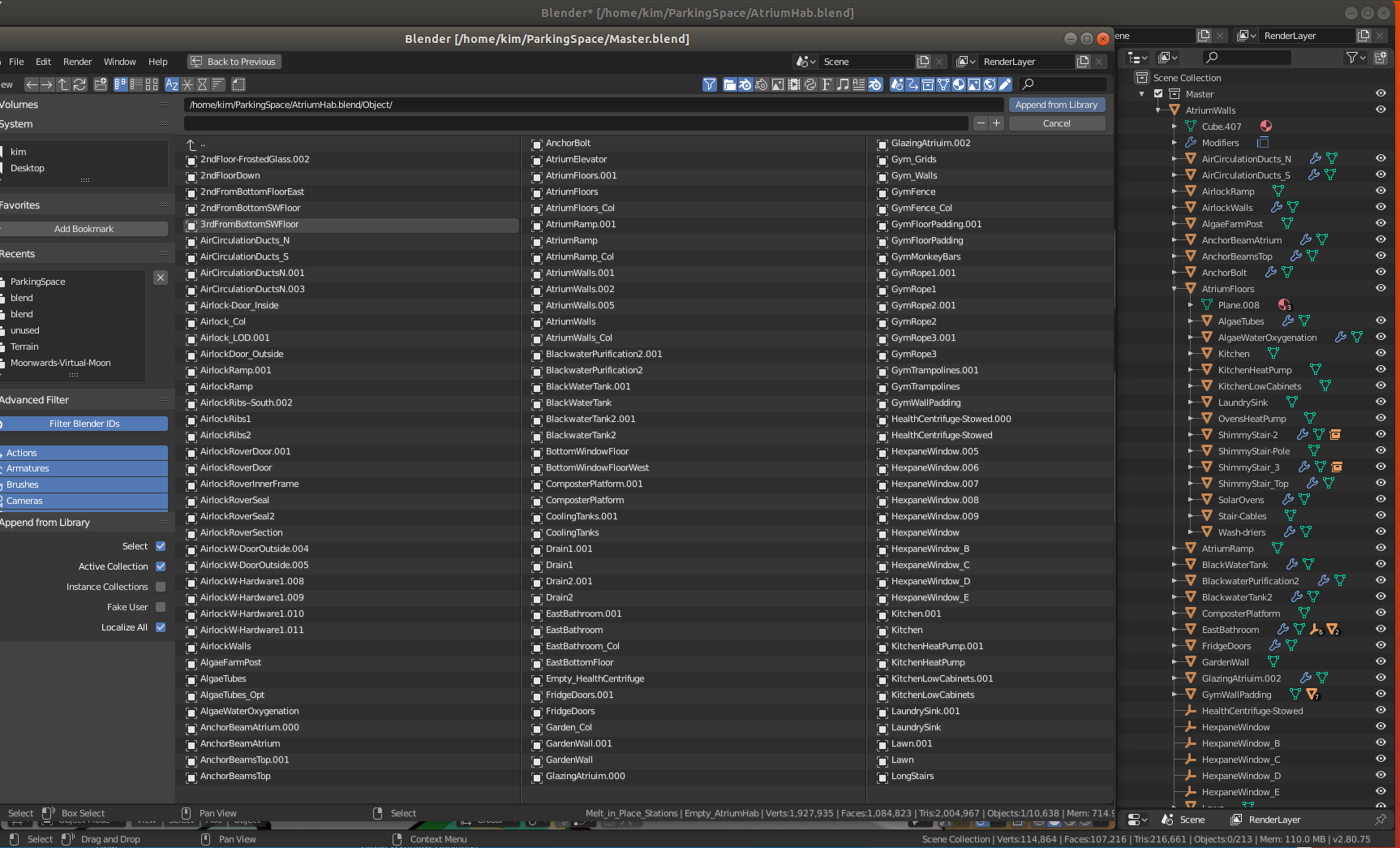 How can I get rid of this ghost data?

Edit: Once I realized I could append a complete Collection, this stopped being a problem. But batFINGER raised a point that seems like a likely explanation, except it isn't.

There is only one collection in the file, I had set it up that way but had it in my head I couldn't append it. However the data is stored, it isn't in a collection.

I have temporarily uploaded the file to Blend-Exchange, because this issue is weird, so maybe he'd like to look at it. I've checked it as much as I can, and have no explanation for the presence of the extra data, other than to say this is an old file that has gone through many iterations during which I was largely a novice user of Blender who did odd things.

Browse other questions tagged append data-blocks or ask your own question.

4
Problem appending a Node Group in Blender 2.71
1
Can i change the User an Action is associated with?
1
Cannot find camera after deleting and appending a new one with python
1
Appended Group Objects No Longer Work in BGE
1
Why does Blender crash when I append this group?