Weird deformation after exporting Rigify from Blender 2.8 to Unity

Trying to export an animated character from Blender 2.8 to Unity 2019.02! I have a few animation done and almost all of them look exactly as they look in blender, except for the Head bone in the action “Attack”, It seems like it gets overly sized when exported to FBX or even when I bake the animation to the deformation bones inside blender, what could be affecting this bone besides the “Head” control to make it this way?

• Scale in blender file was changed to .01 in metric system as recommended for FBX export

• Location, rotation and scale in the Rigify Armature is applied 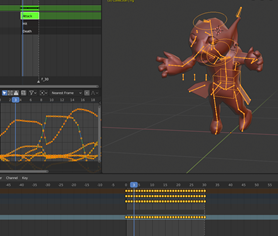 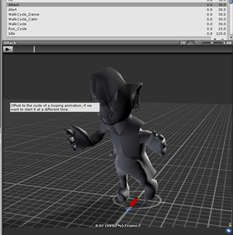 First image is how it looks in blender, 2nd is how it shows in Unity.

Now, baking the animation to only the deformation bones messed up the setup for the rest of the animations BUT when I do that I get the same deformation than when exporting to FBX so I know it's something with the Rig setup more than any export setting: 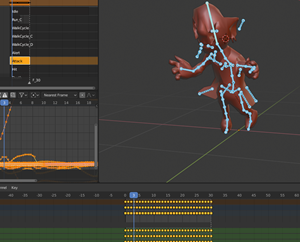 Something extra to say It's that i have to keyframe the "head_Follow" and "neck_follow" setting on rigify at the beggining and end of every action, So I'm assuming that this problem is not there.

What else can I try to have it exported with no weird deformations? Is this a common issue?

I had a similiar Problem with a Quadruped, where Parts of the Animation were completely broken: the Head had a wrong position while the ears were in the right position. Apparently the Parent Child structure of the Deformation Bones is not suited for baking and does not always work correctly outside of Blender.

Not the answer you're looking for? Browse other questions tagged animation armature rigify .fbx actions or ask your own question.

0
Armature is moving weird on Unity made in Blender
2
{ANIMATIONS v2.8} ~ FBX exporting only the selected action rather than all of them (for Unity)
1
Animation in Unity look different than in Blender - rigify addon