Merging vertices and other tools ignoring SubSurf in 2.80

I'm trying to connect two shapes in blender but whenever I try to connect the vertices, whether it's through merging them individually (alt + m), using the bridge tool, or through Remove Doubles (now called Merge by Distance), the vertices behave as if they aren't being affected by the subsurf modifier. Here's the shape without the modifier on: 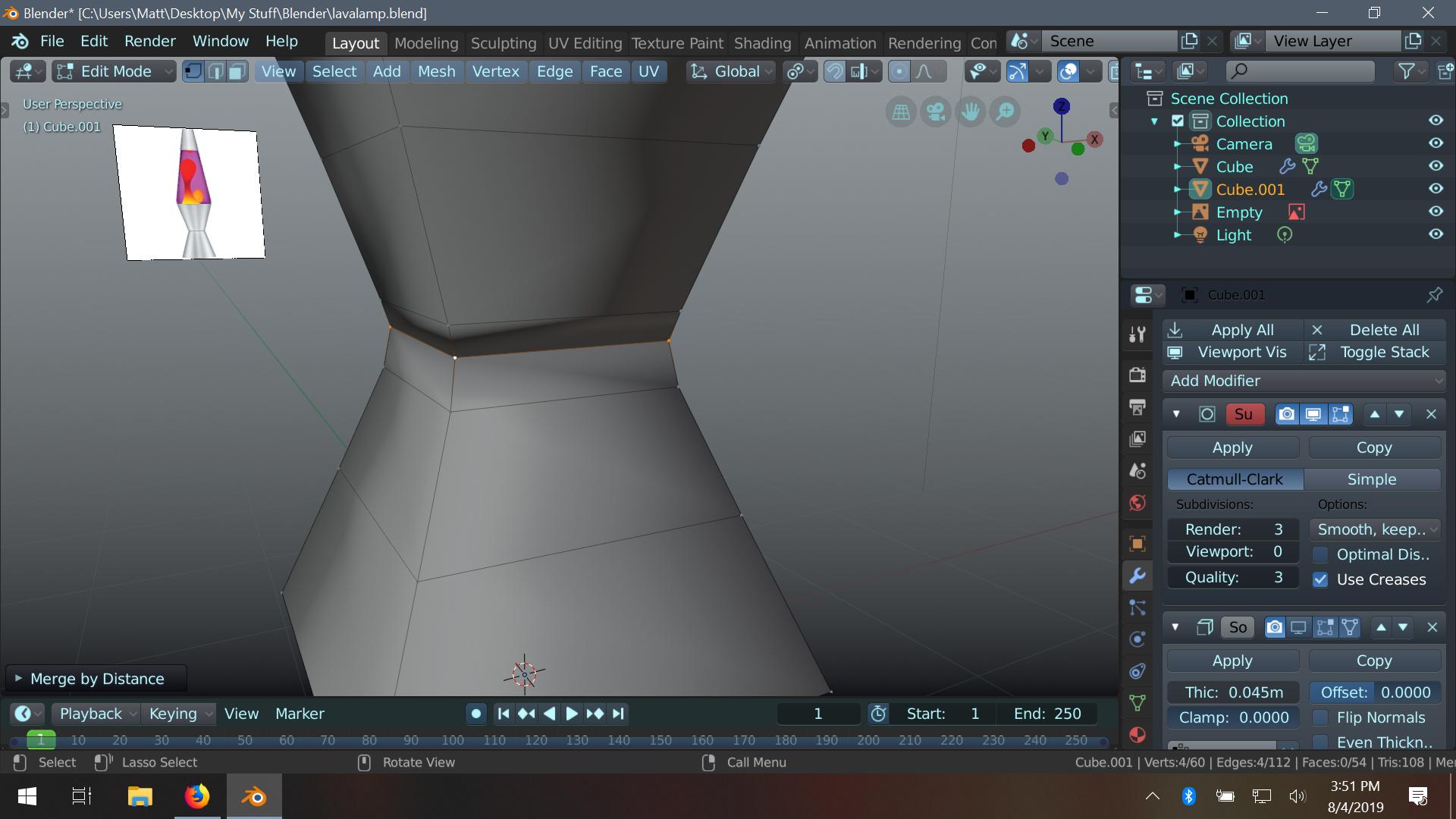 And here it is with the modifier on: 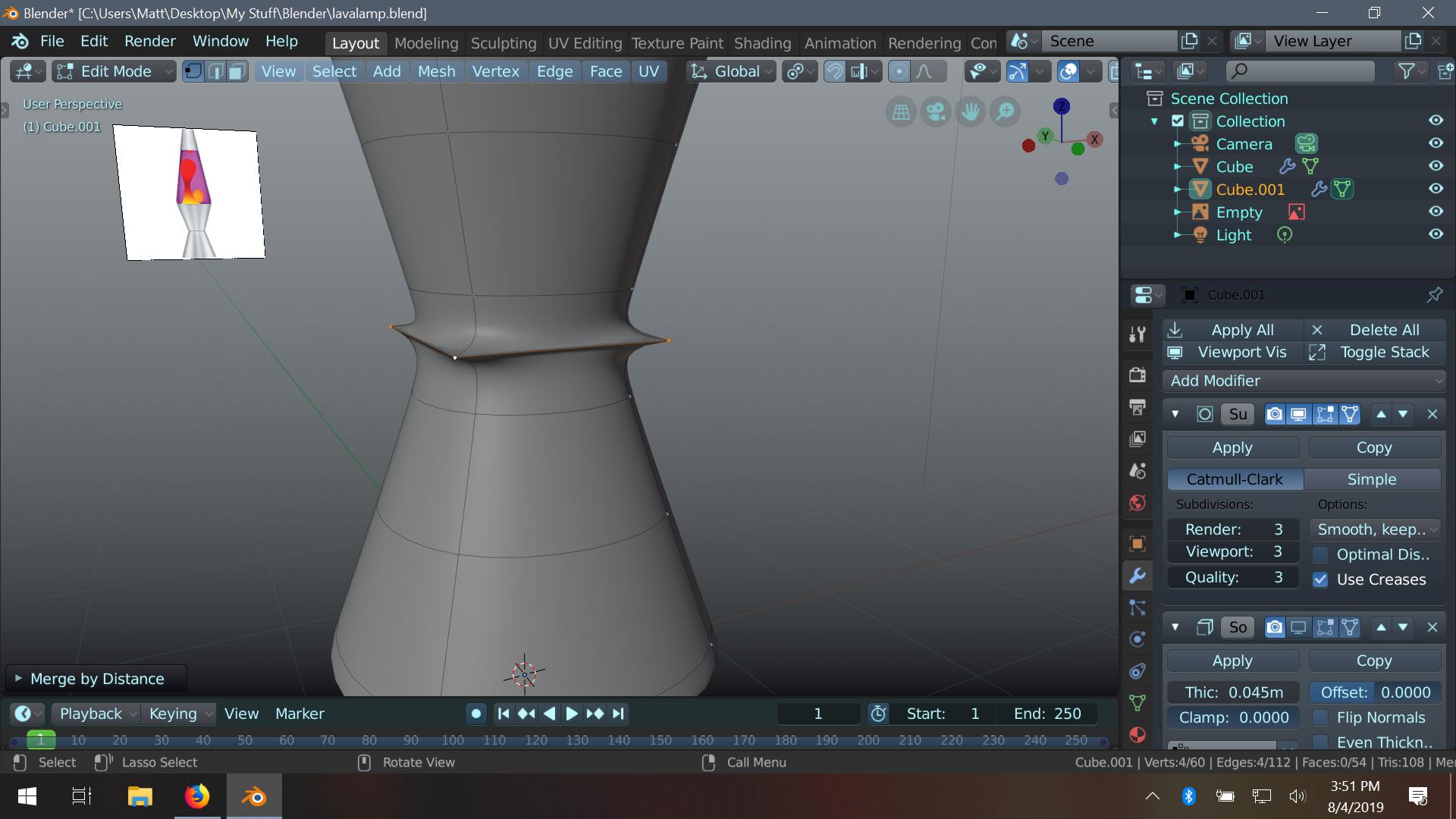 Turning the modifier off or removing it, merging the vertices, then adding the modifier back still causes the same error. I assume this is a bug but I want to know if there's something I'm missing. In the meantime I suppose I'll have to model the entire shape as one piece.

The normals were flipped. Recalculating the normals using SHIFT+N fixes it.

Not the answer you're looking for? Browse other questions tagged modifiers vertices subdivision-surface error or ask your own question.

3
Boolean difference modifier misbehaves with fluid sim
0
How do I connect vertices with a curve, then subdivide into more vertices that exactly match that curve?
1
Round Edges on solidified mesh
6
Does something like a Join Modifier exist?
1
Weird vertices on subsurf modifier
0
How do I delete vertices that clip inside a mesh?
0
serious extrusion tool problem - why multiple additional vertices are created at one coordinate after cancelling extrusion?