How to bend a plane? Bend won't bend [duplicate]

I have a subdivided plane (why I need a subdivide modifier and the primitives don't have poly count option is beyond me but I digress) that I want to bend 90 degrees on the X axis.

I looked in google and found out (I think) how to achieve this but I get the following result below, the plane won't bend it will just rotate in the most unpredictable way. So what Am I missing? 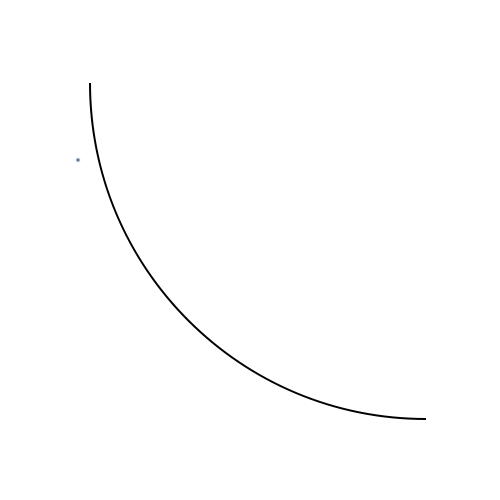 I tried to to do the same in Edit mode and the plane does bend, but no matter where I place the 3D cursor I get some weird results. and it won't really bend they way I want. I don't understand how to control it. I tried many 3D cursors positions and starting view angles. (left, perspective, top) i just don't get it.

There are several way you can bend objects.

If you want to use proportional editing, you can use the following steps.

First add a subdivided plane and switch to edit mode. Activate proportional editing. I think linear falloff is the most suitable option for this task. Switch the pivot point to 3D cursor. 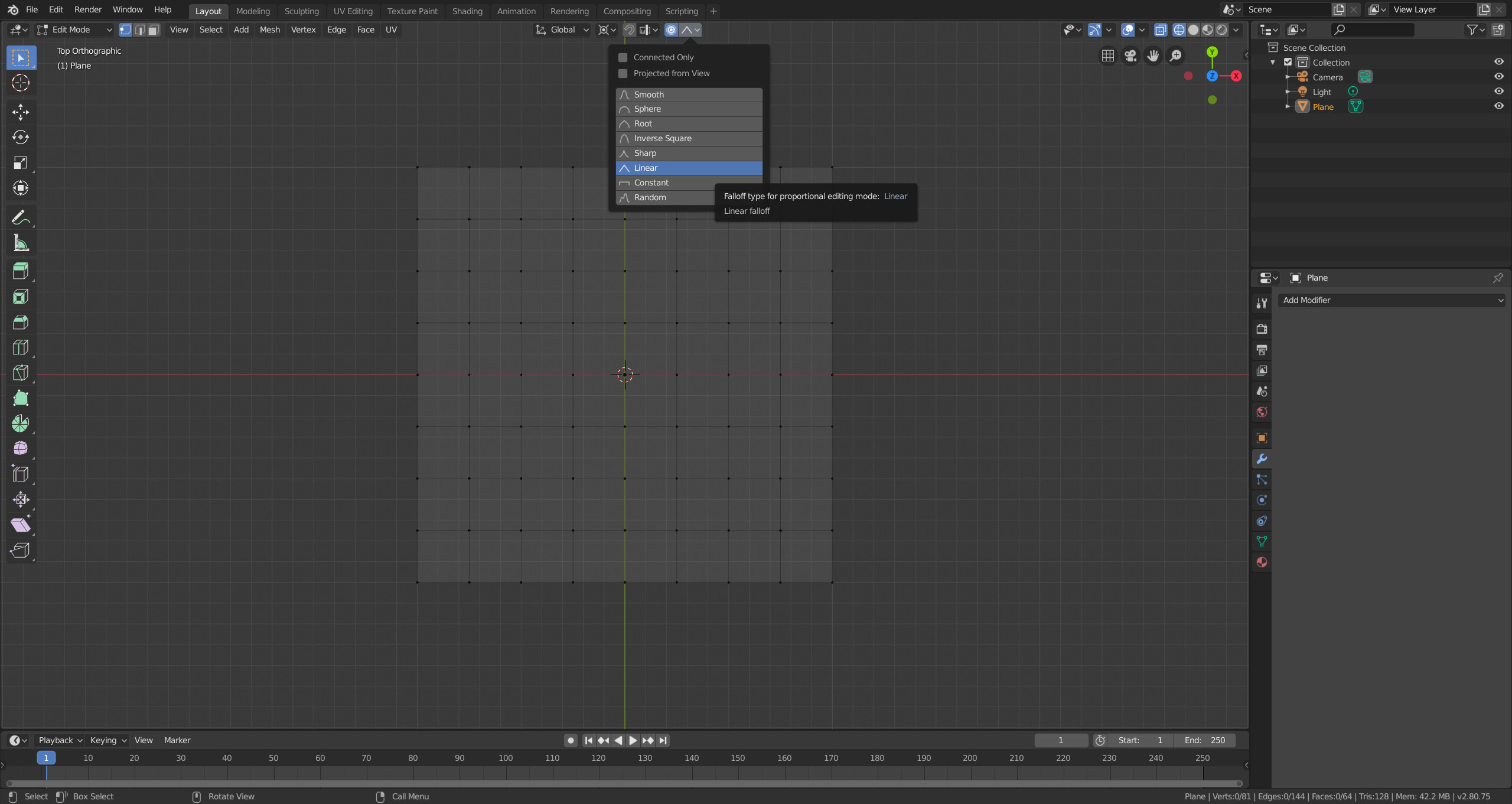 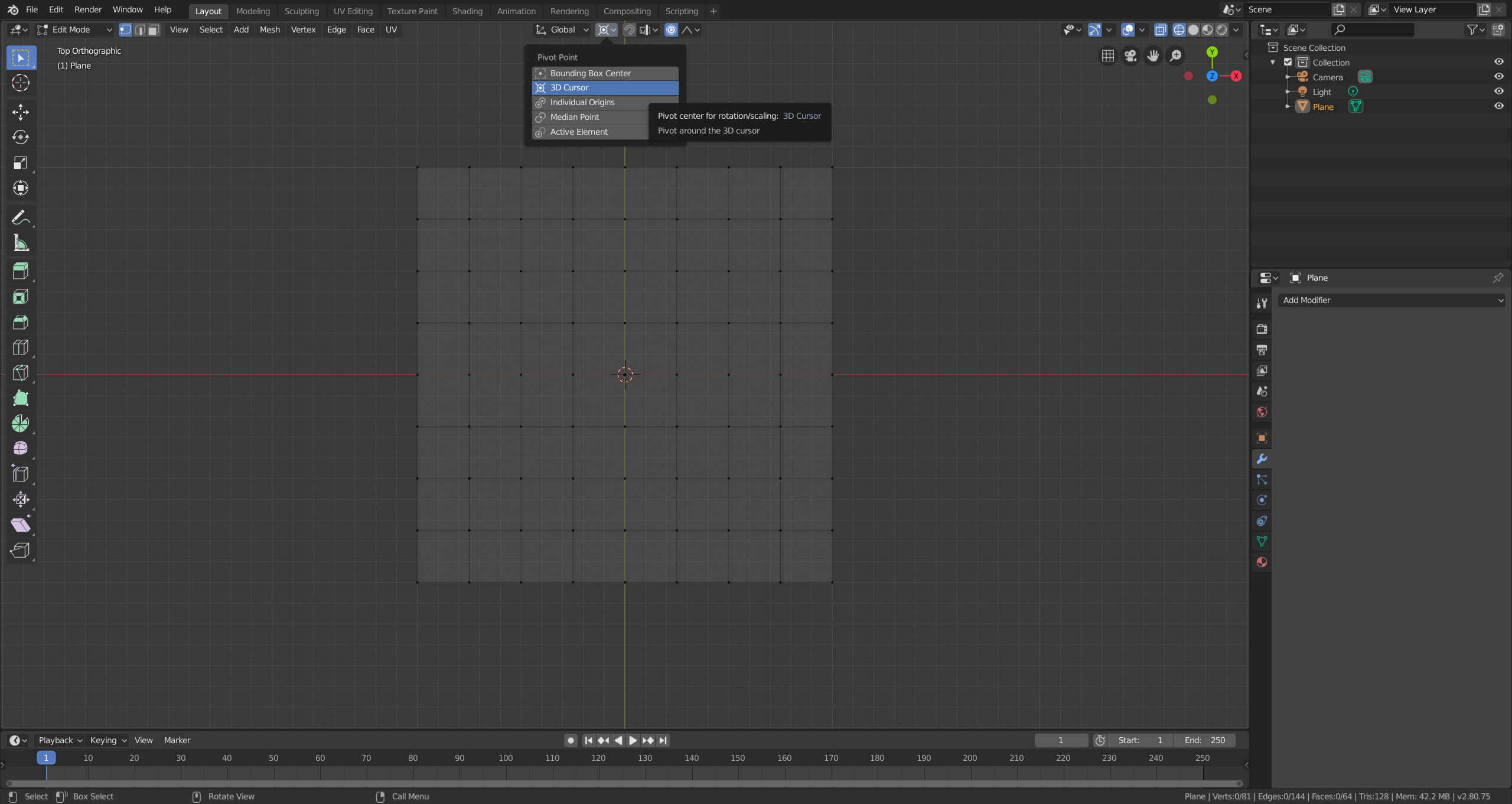 Place the 3D cursor where you want the bend to pivot. You can set the 3D cursor to the position of a vertex by selecting a single vertex and then SHIFT+S > Cursor to selected.

Now select the row of border vertices that will be bend. Press R to rotate, followed by the axis you want to rotate around (X, Y or Z). Adjust the radius of the proportional editing influence by using the mouse wheel. 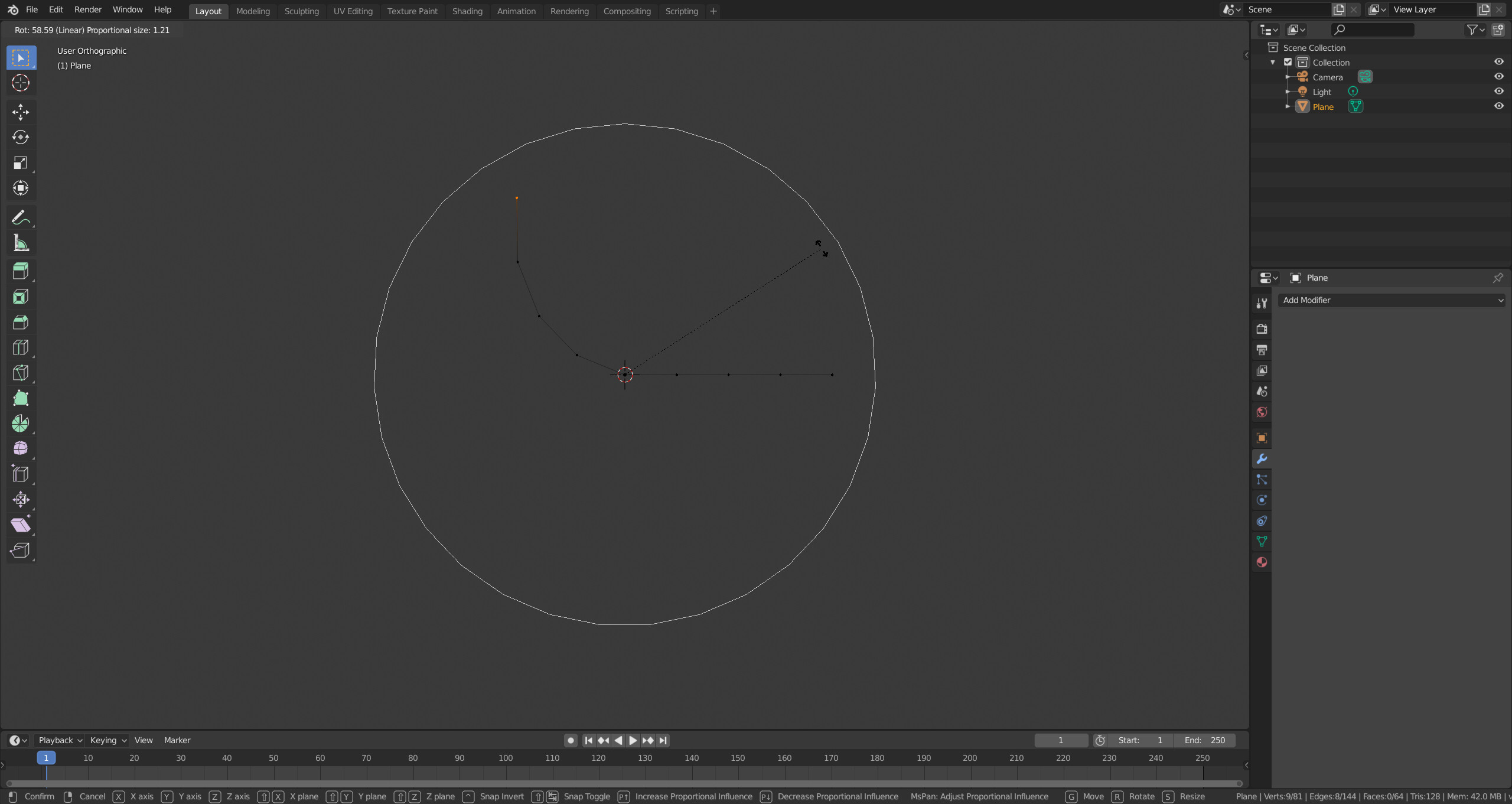 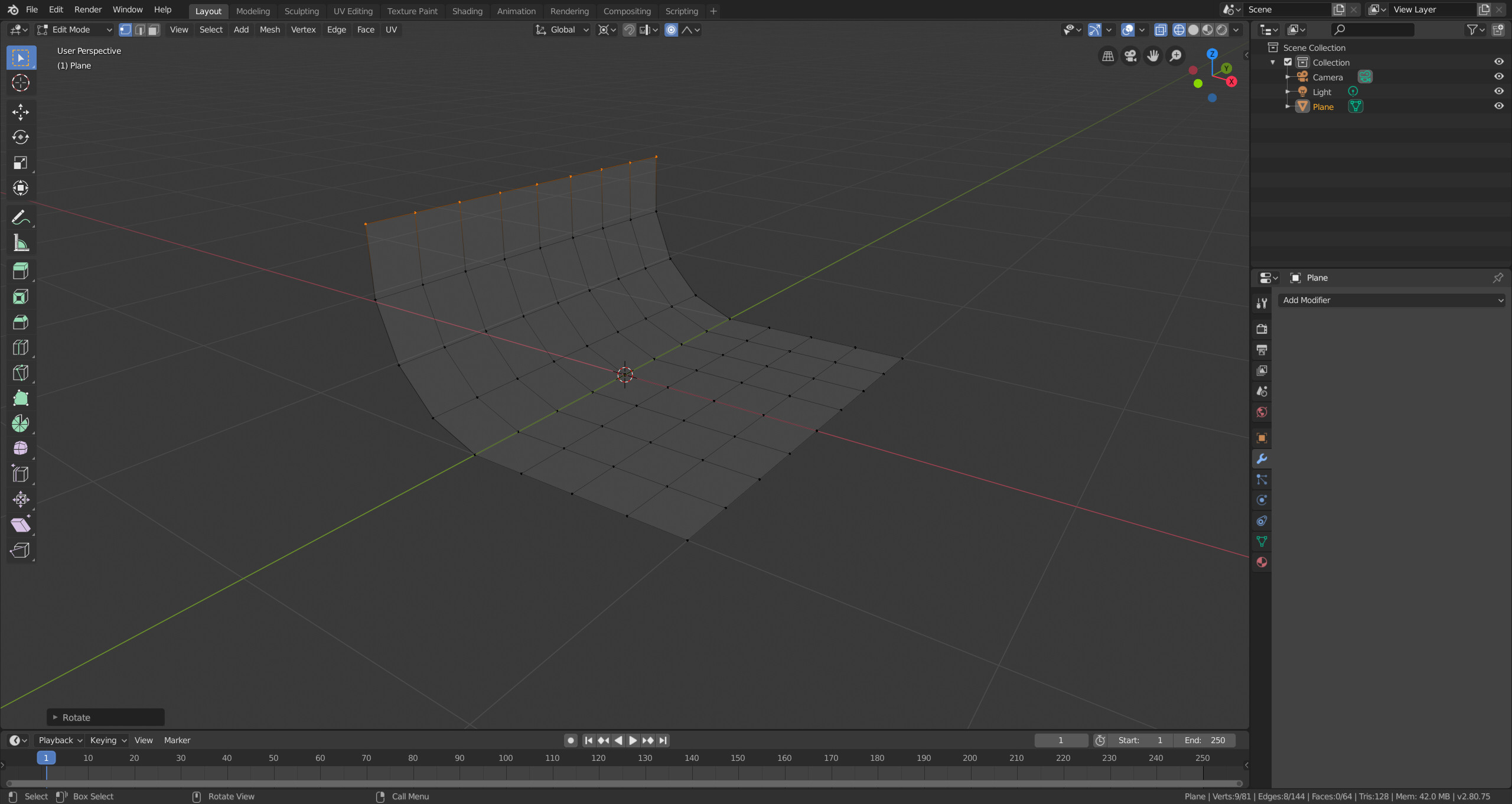 If you want to use the Curve modifier, you have to use the following steps. 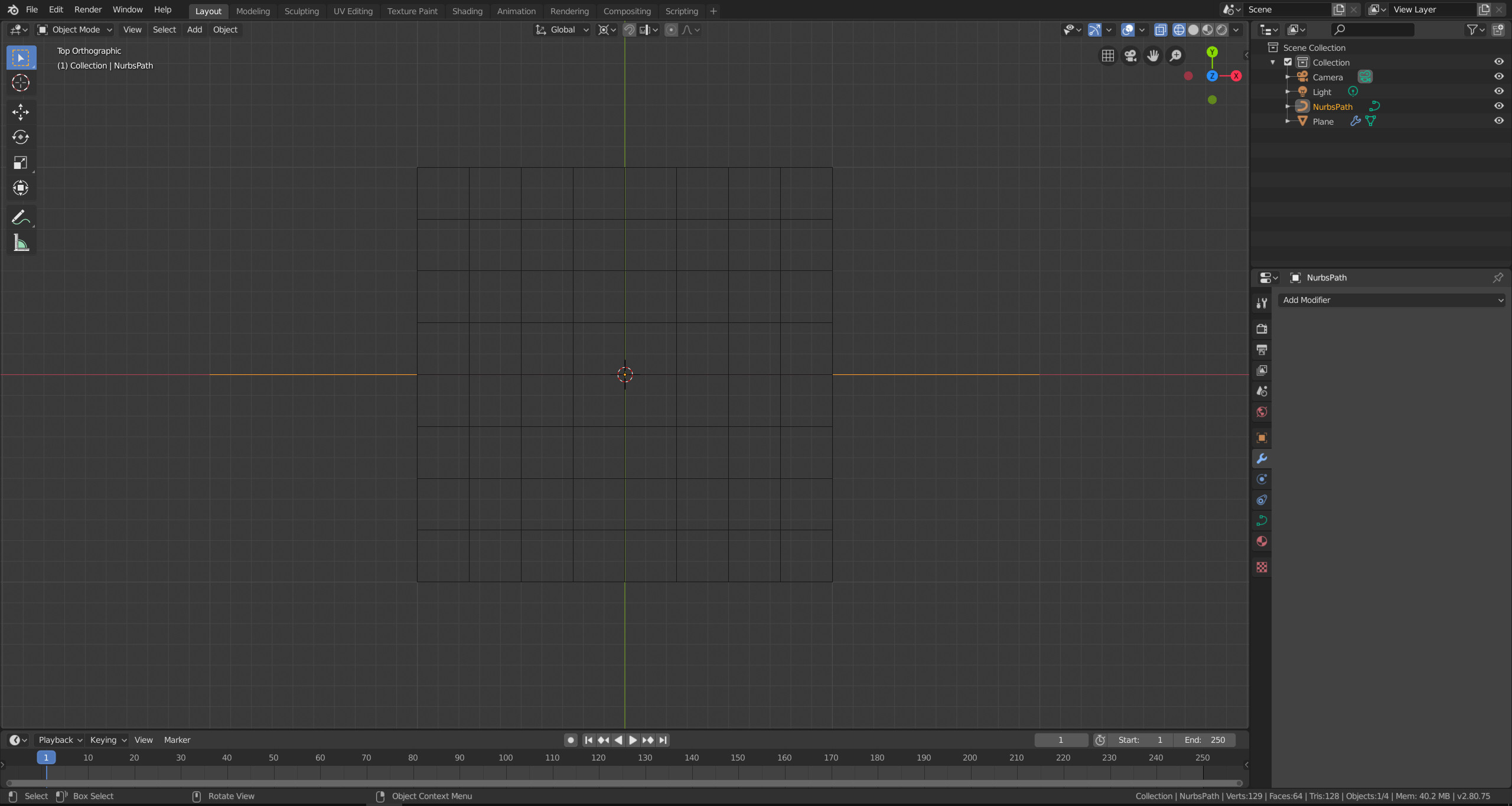 Select the path and switch to edit mode. Bend the path so that it represent the bend profile. In the screenshot I have rotated one half by 90° around the Y-axis centered in the 3D cursor. 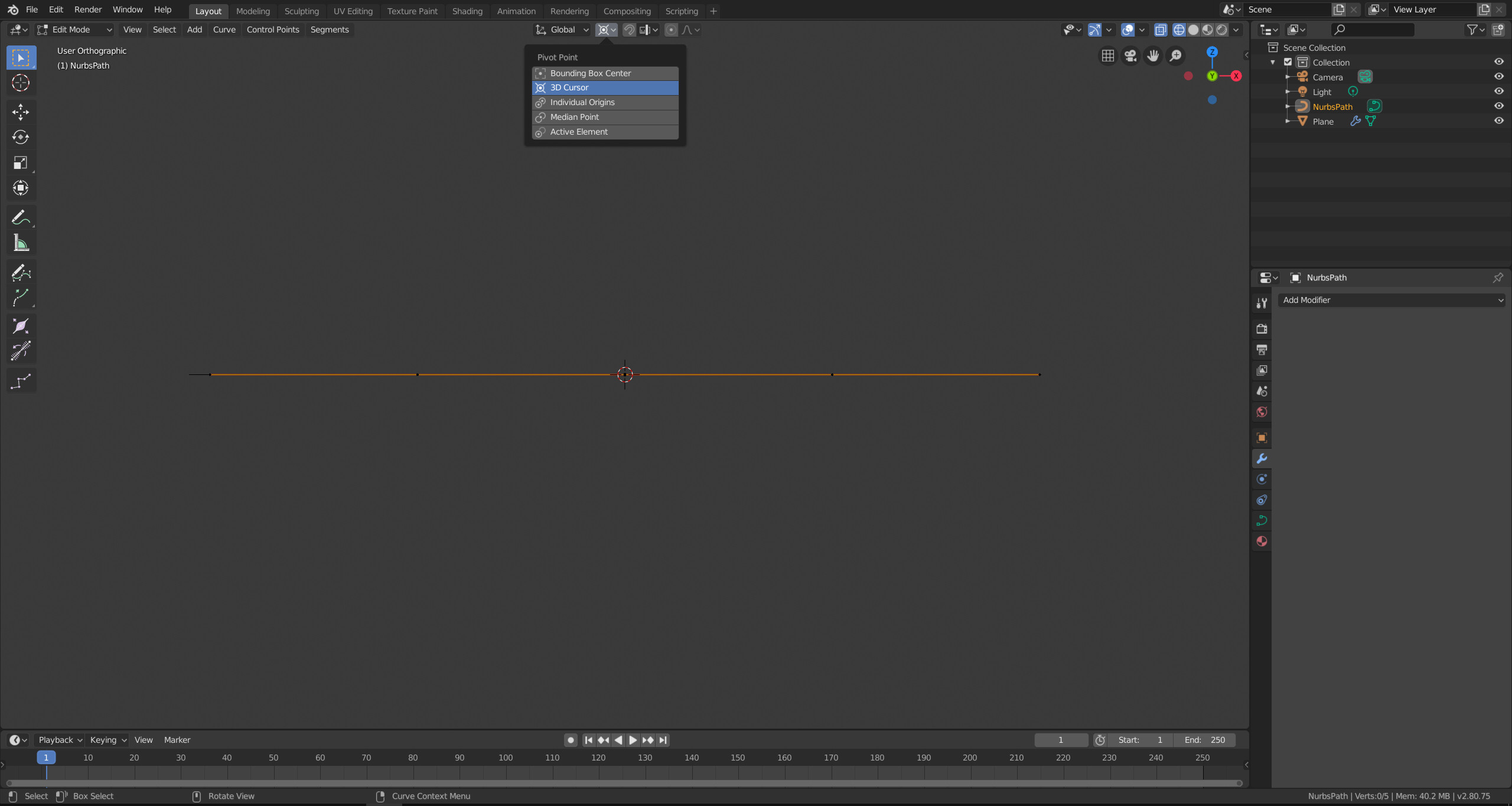 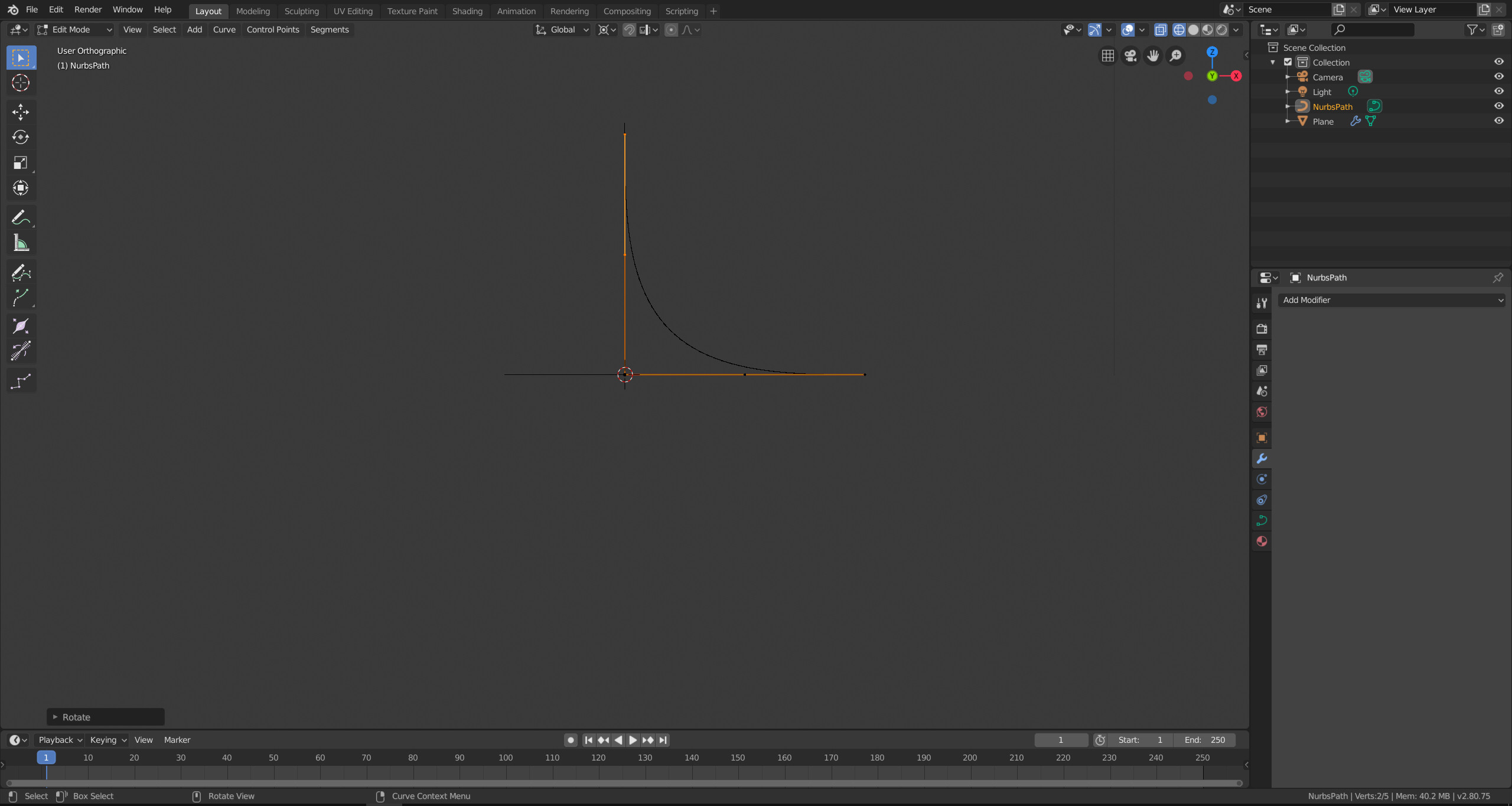 Then switch to object mode and add a Curve modifier to the plane. Select the deformation axis. The grab the plane with G and X, Y or Z whichever is you deformation axis and move the mouse cursor until it has the desired shape. Alternatively you can do it the other way around and move the curve. 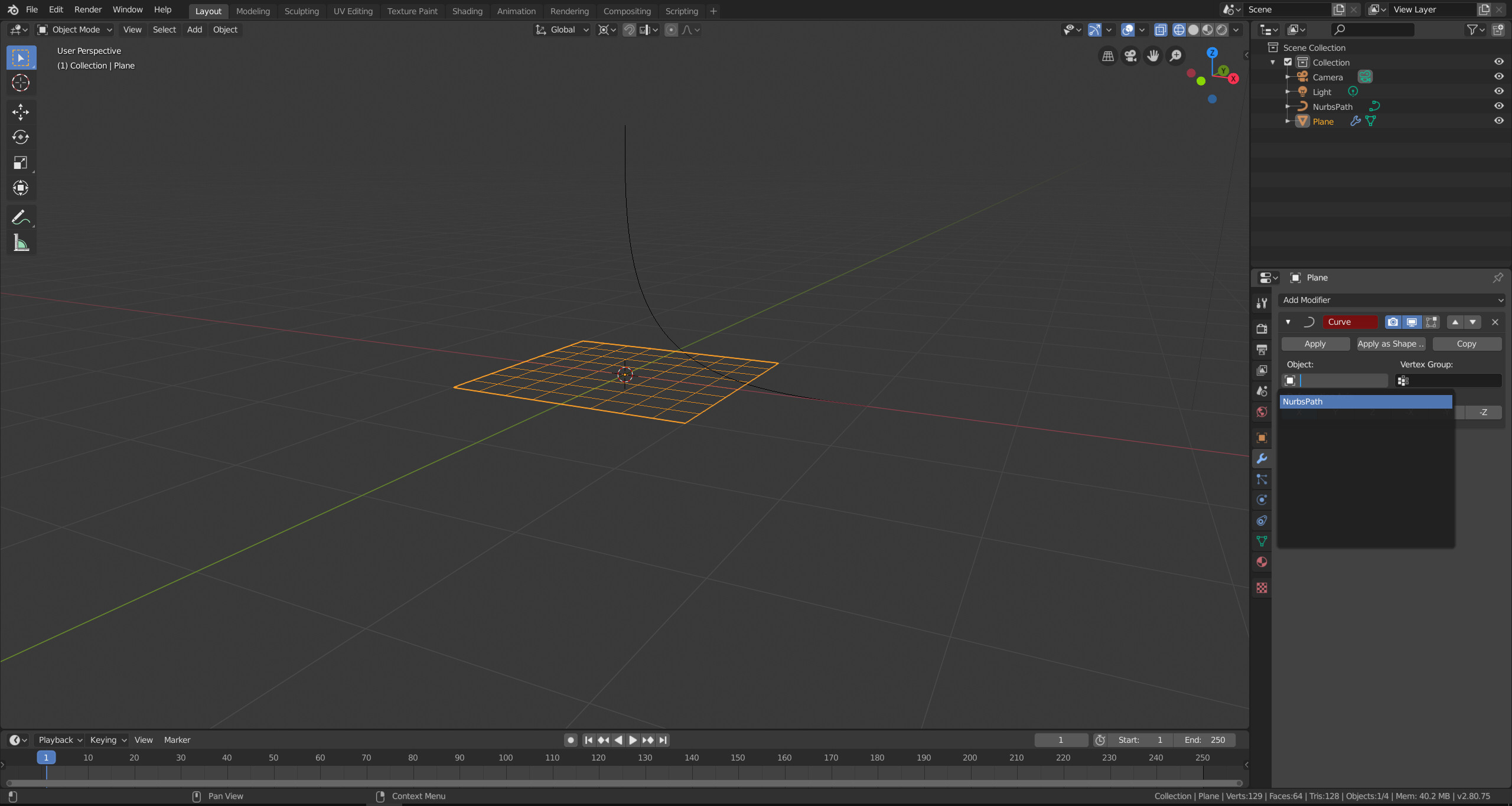 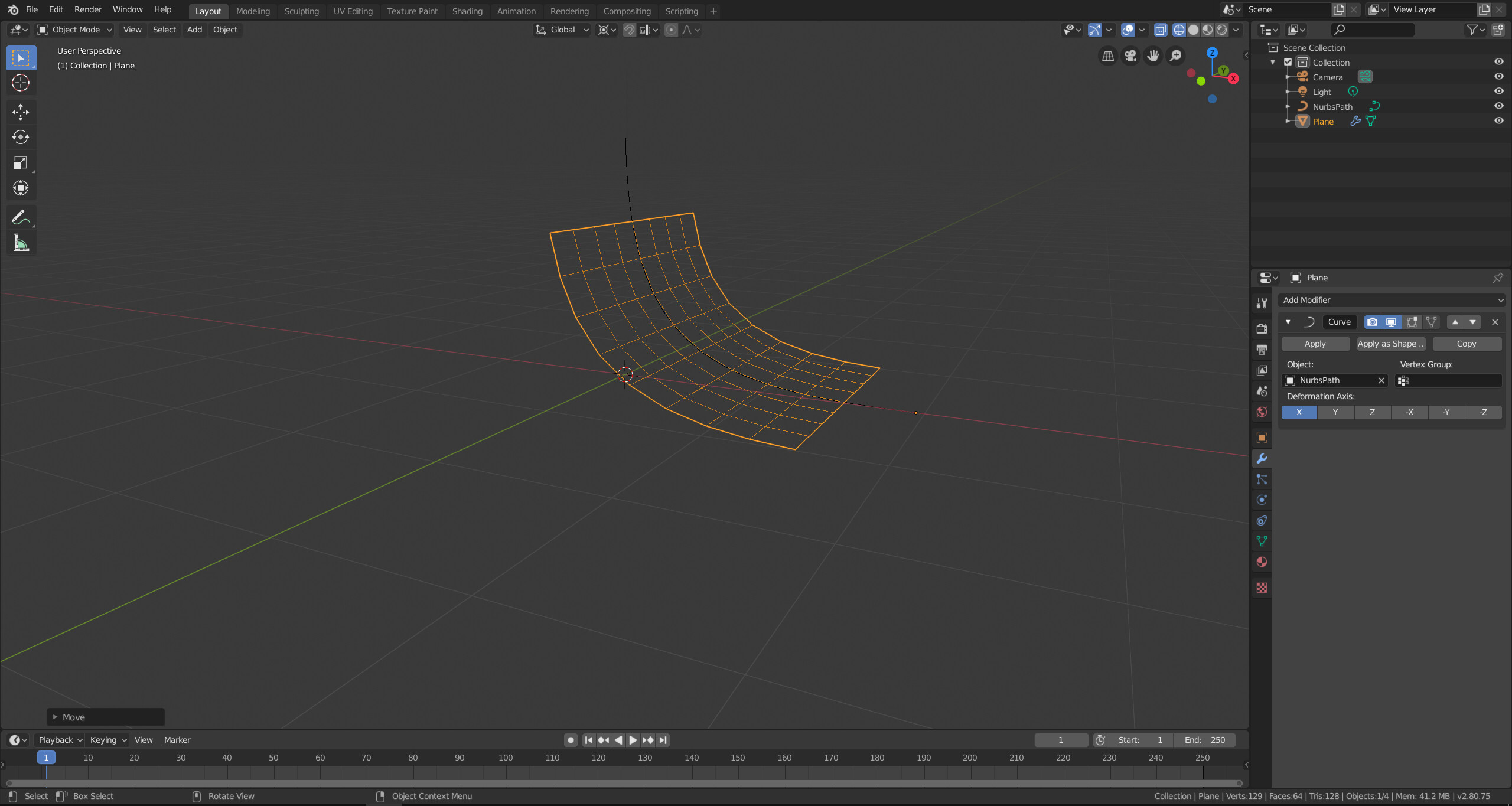 If you want to use the Simple Deform modifier, you can use the following steps.

First add a subdivided plane, then add a Simple Deform modifier to it. Change the mode to Bend and set the axis to the one you want to bend around. 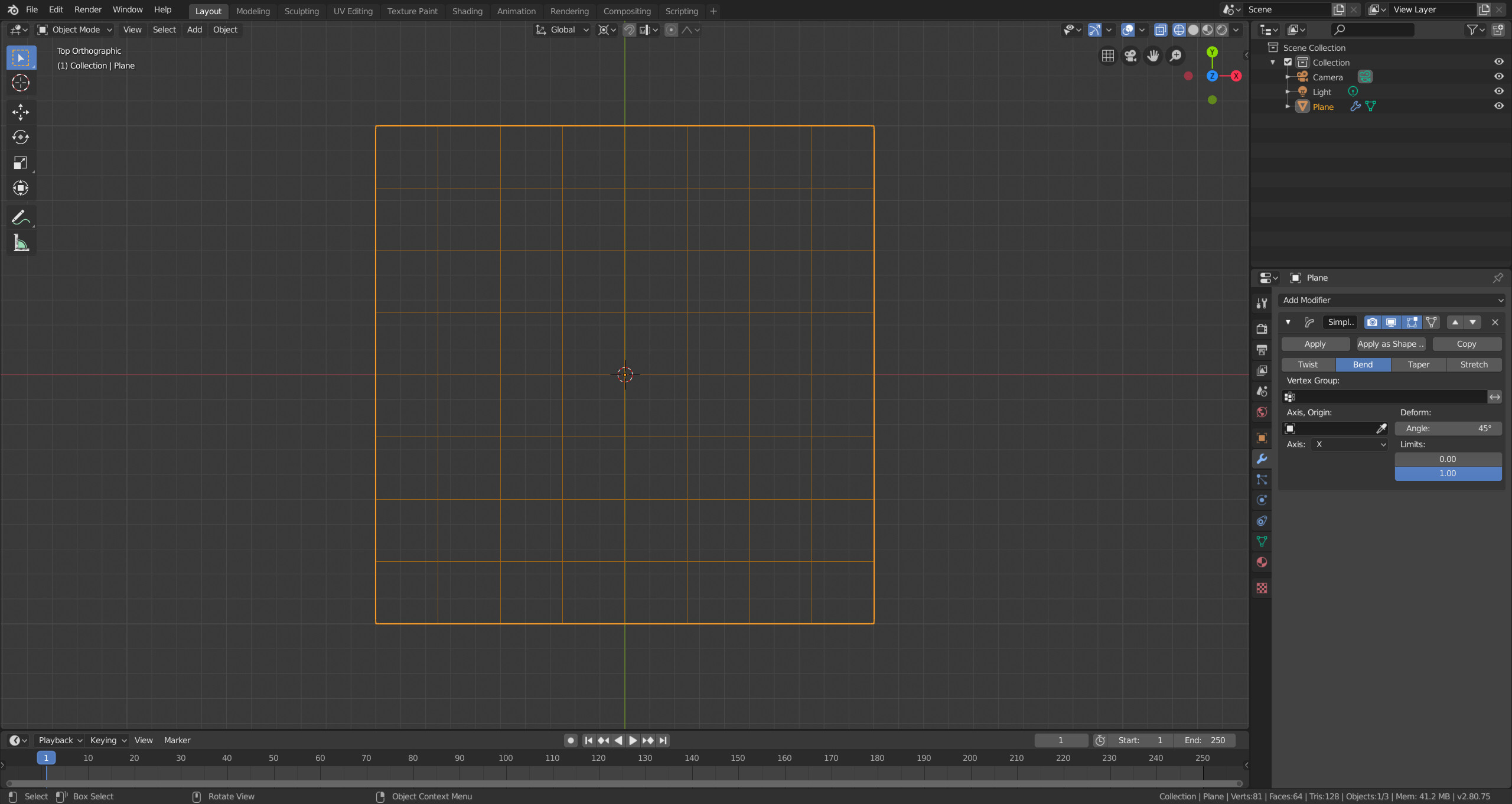 Now switch to edit mode and select the vertices you want affected by the modifier. With the vertices selected go to the object data tab and create a vertex group. Assign the selected vertices. 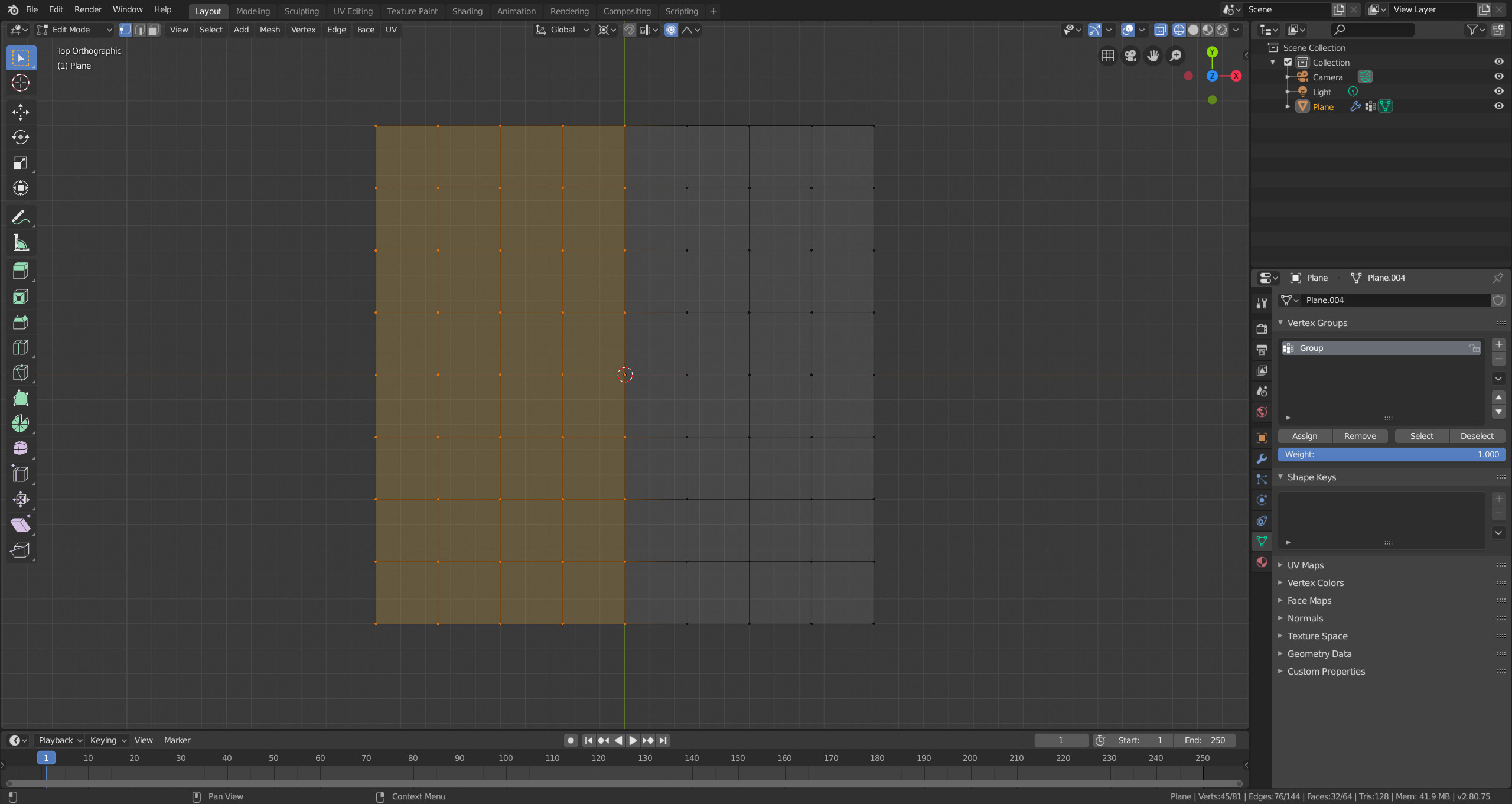 Add the vertex group to the modifier. 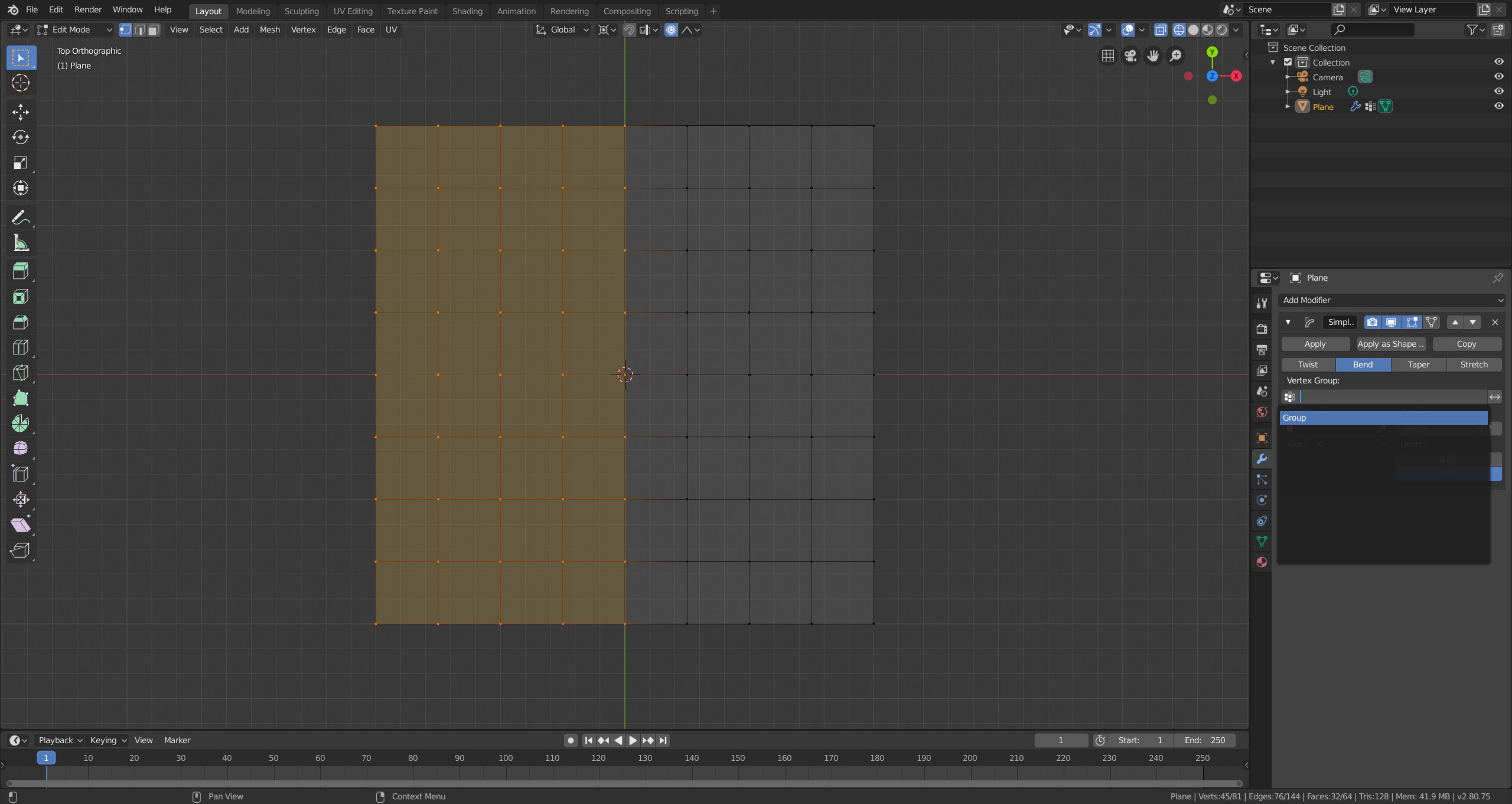 Switch back to object mode and add an empty (Add > Empty > Plain Axes) and set it as Axis, Origin for the Simple Deform modifier. Rotate the empty by 90° around the axis you want to bend. Then adjust the angle in the modifier to control how large the angle of the bend is. The empty is used a center/pivot for the bend so you can adjust the position to change the radius of the bend. 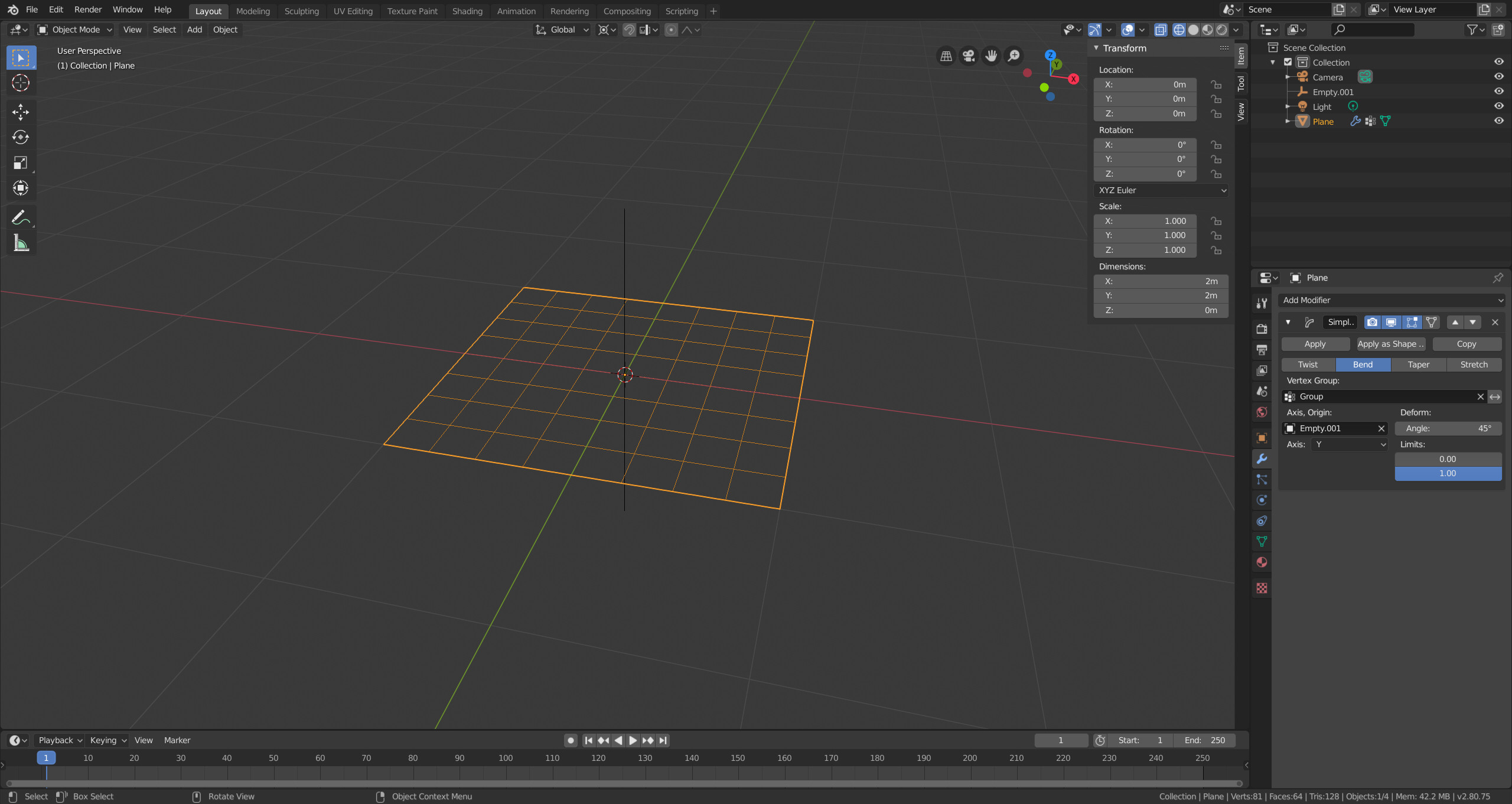 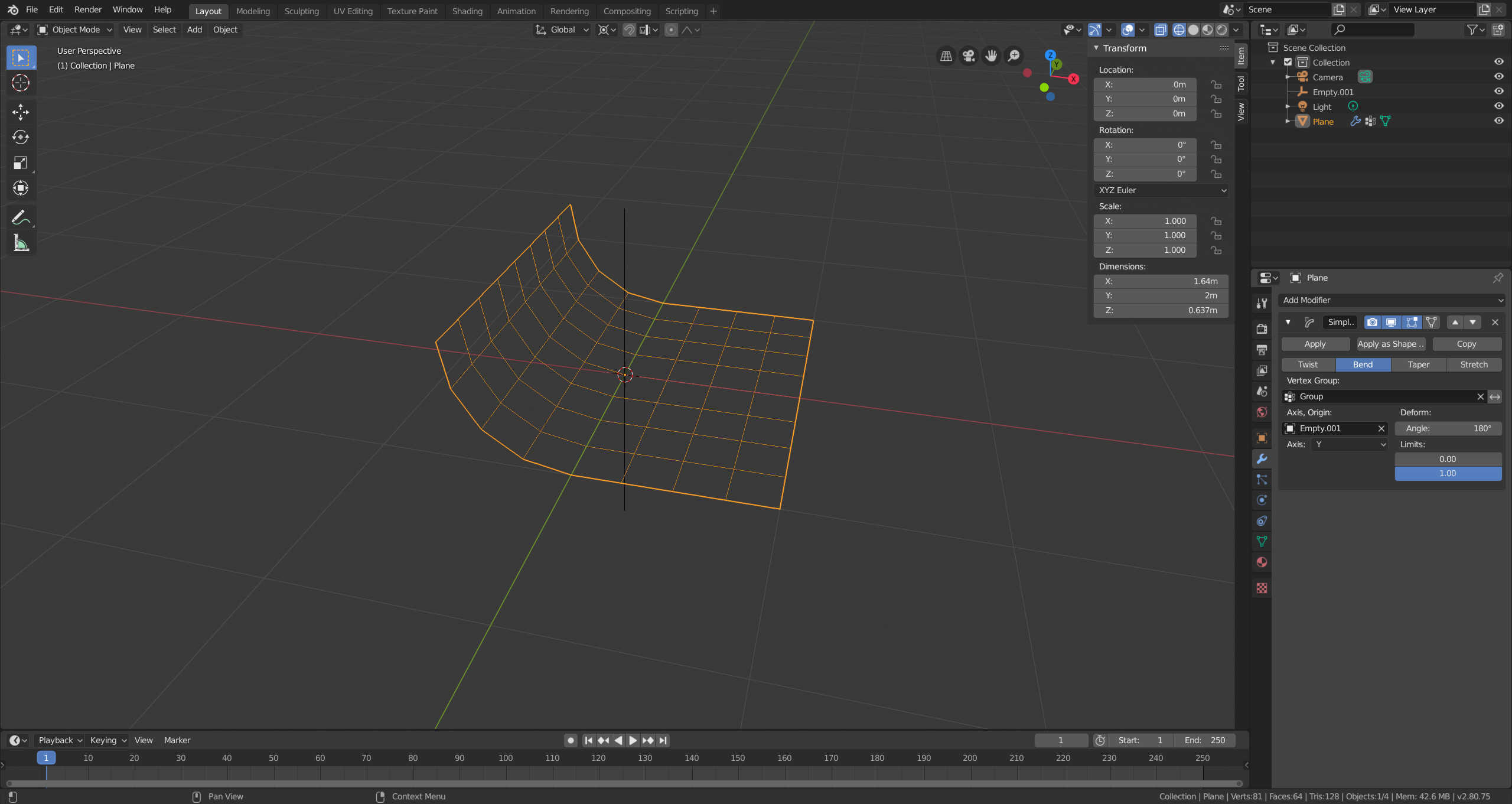 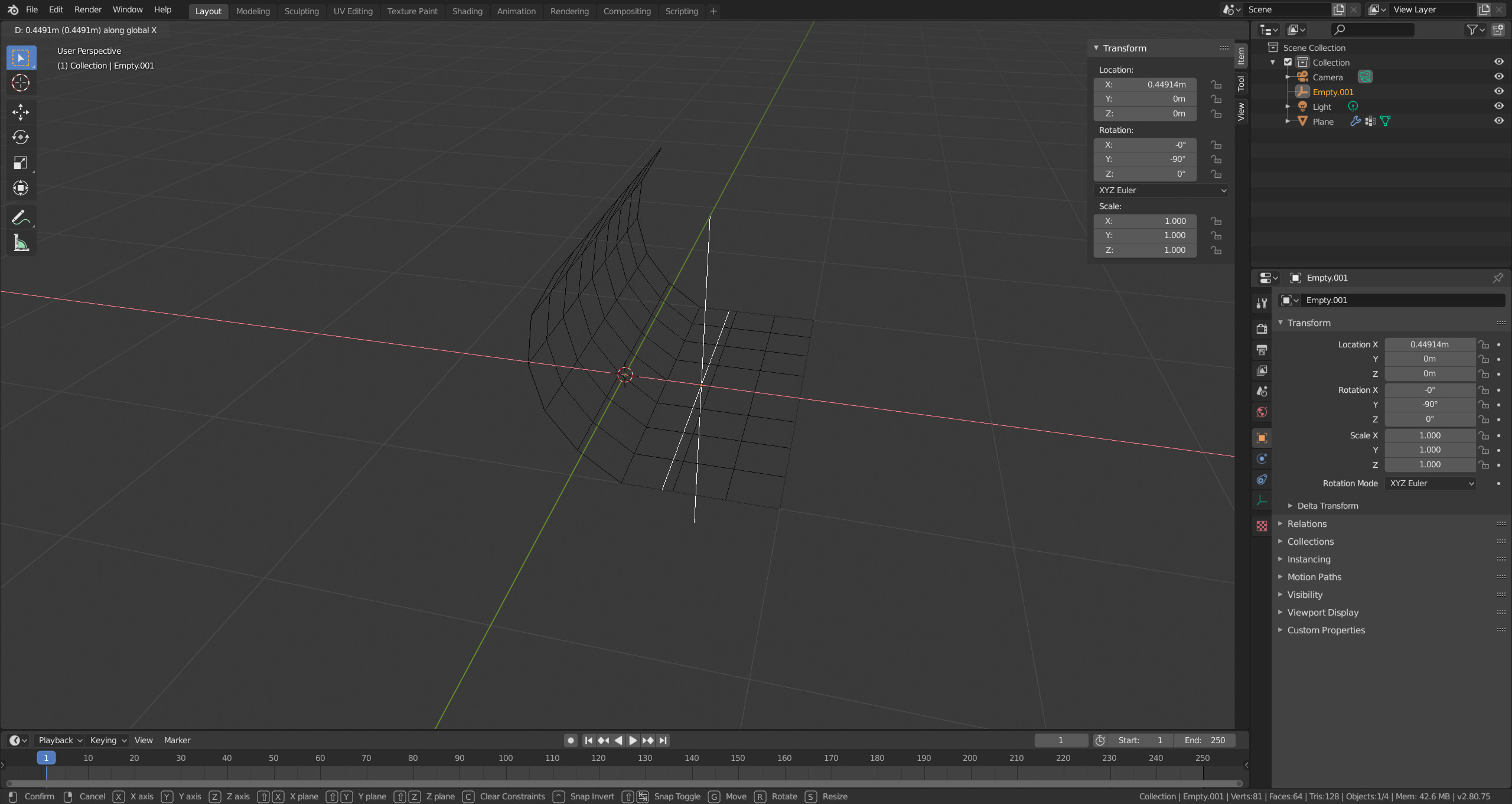 The Bend tool is a bit unintuitive because depends on your angle of view, the angle between your mouse cursor position between the start and end of the operation, the distance to the 3D cursor and uses the 3D cursor as pivot.

First step is to add and plane and subdivide it. Then switch to edit mode. 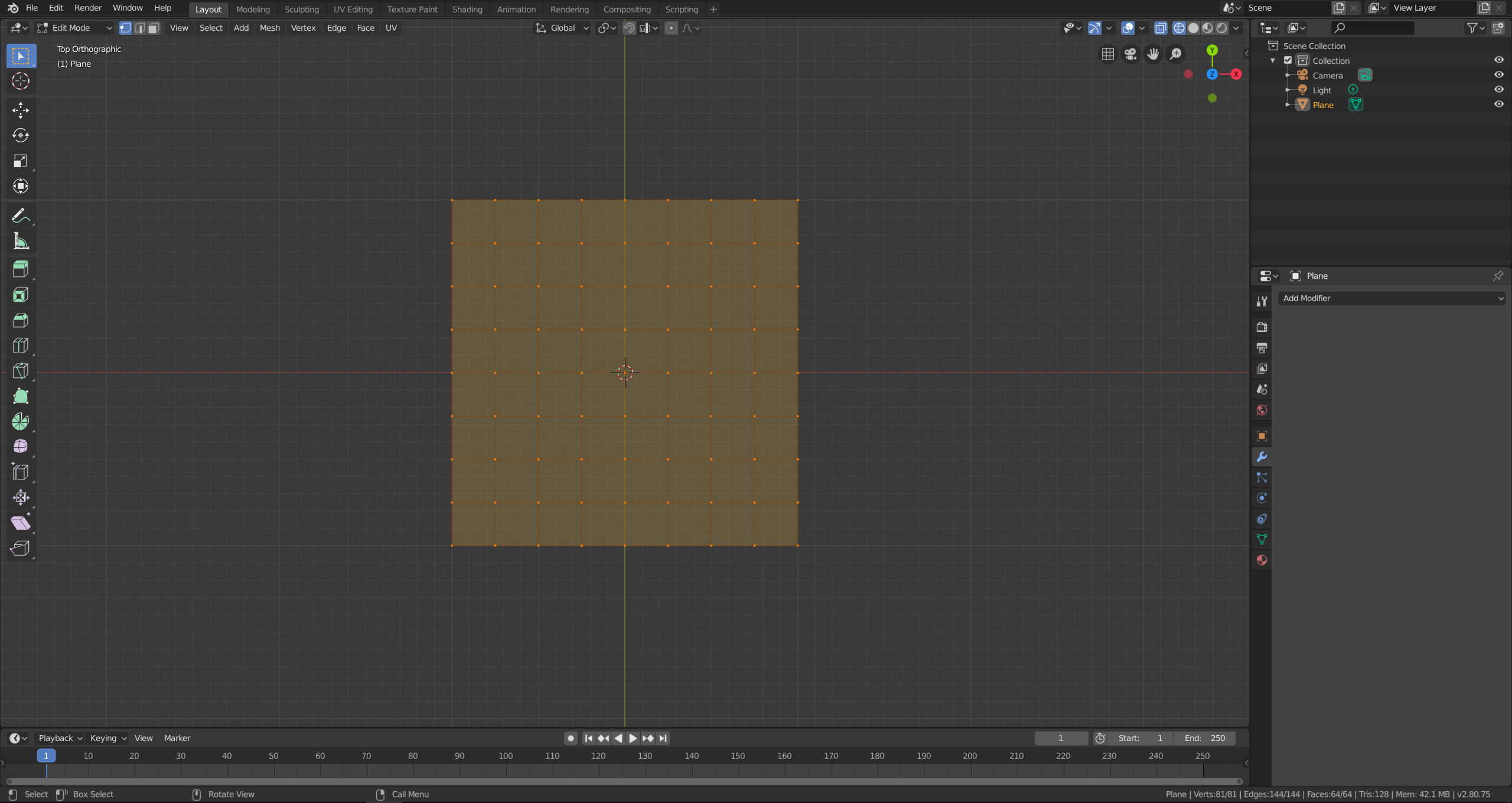 Place the 3D cursor where you want the bend to pivot. You can set the 3D cursor to the position of a vertex by selecting a single vertex and then SHIFT+S > Cursor to selected. Alternatively you can switch to orthographic perspective (Toggle with Numpad 5) and view the scene from one of the sides e.g. from the top Numpad 7. Then place the 3D cursor using SHIFT and right click into 3D space. 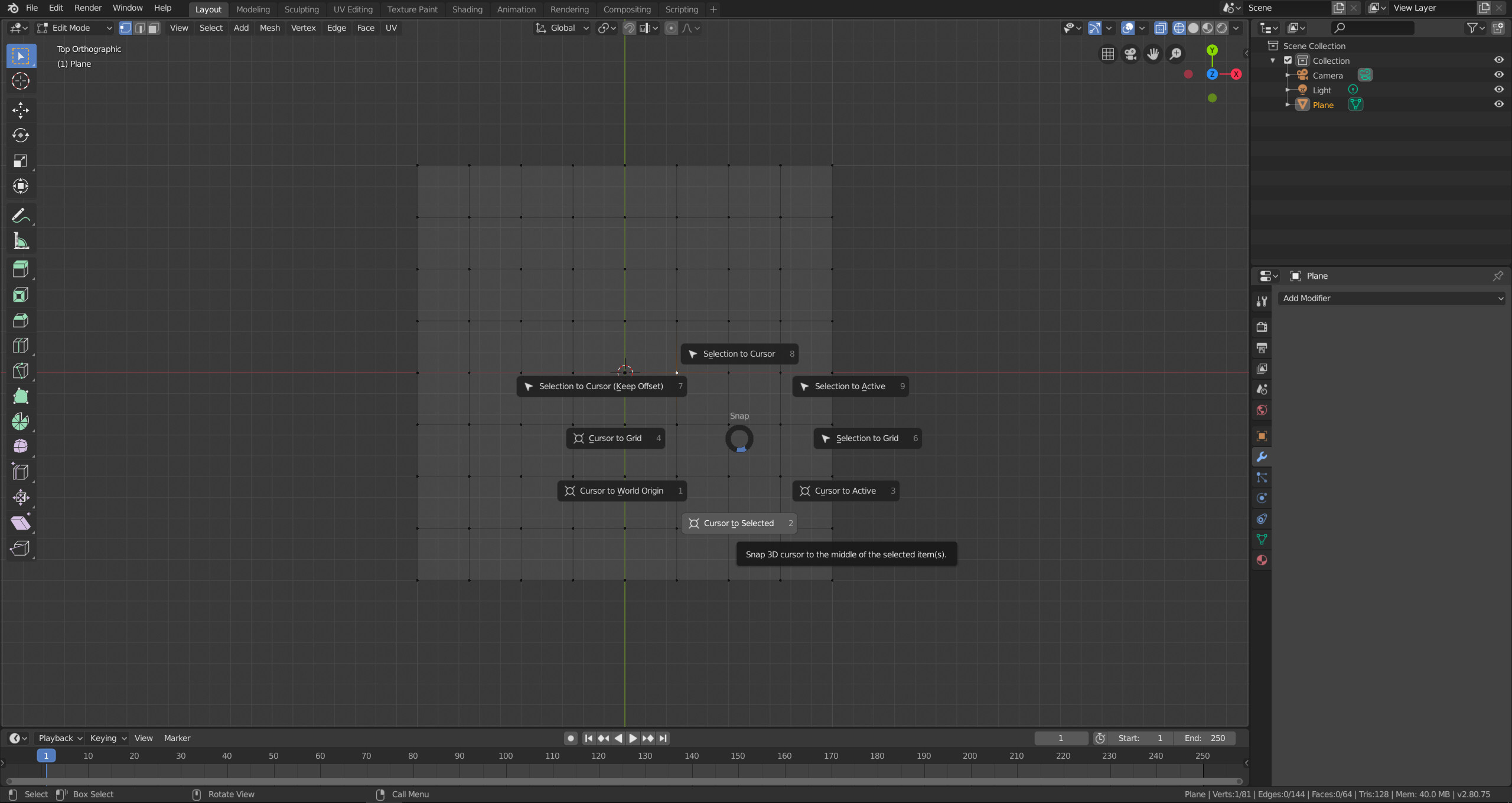 Once you have that prepared, select the vertices in your plane that you want to affect with the bend. Switch to the perspective from which you want to bend, e.g. if you want the bend to occur along the Y-axis, align your view to the Y-axis. 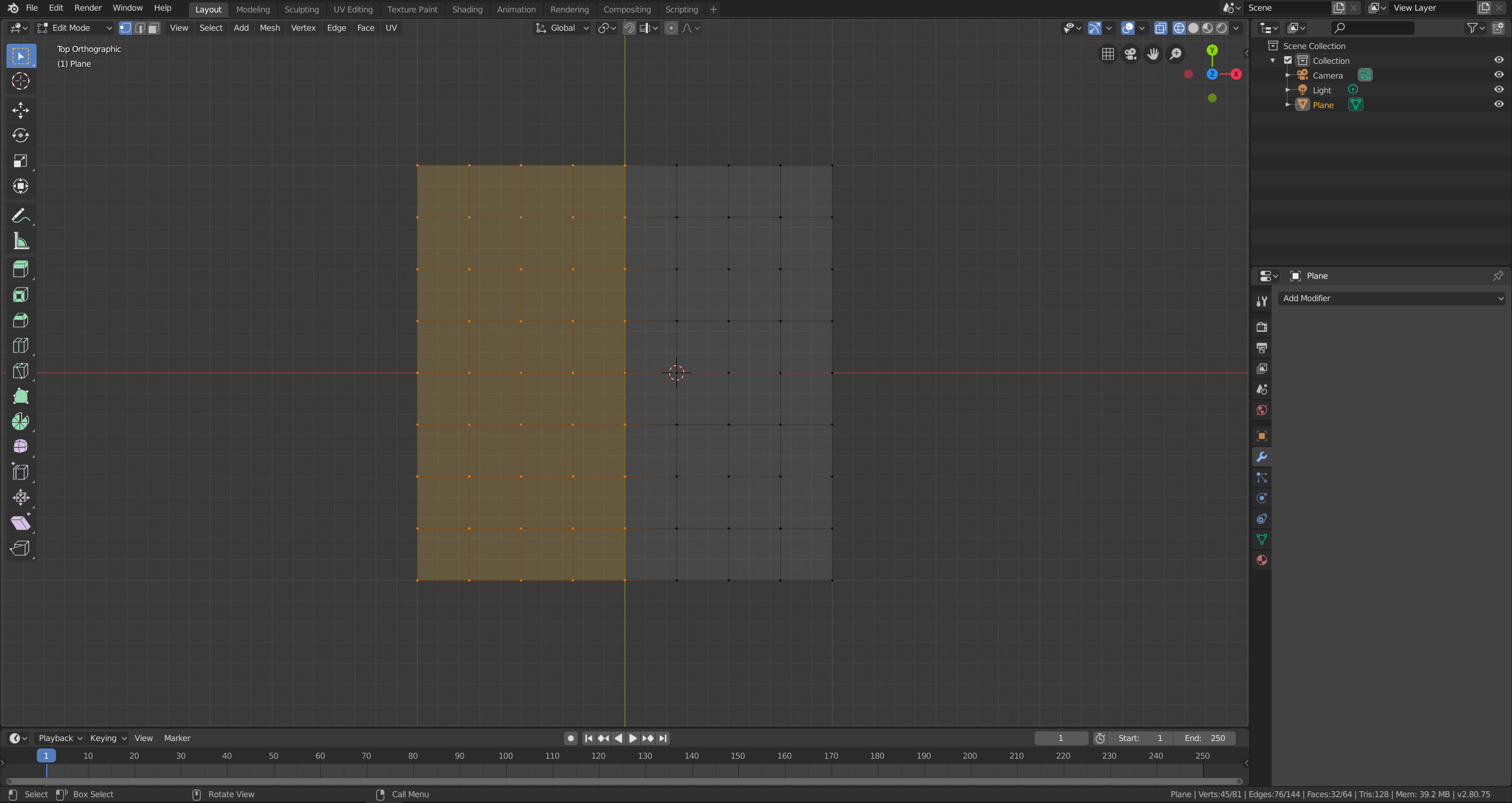 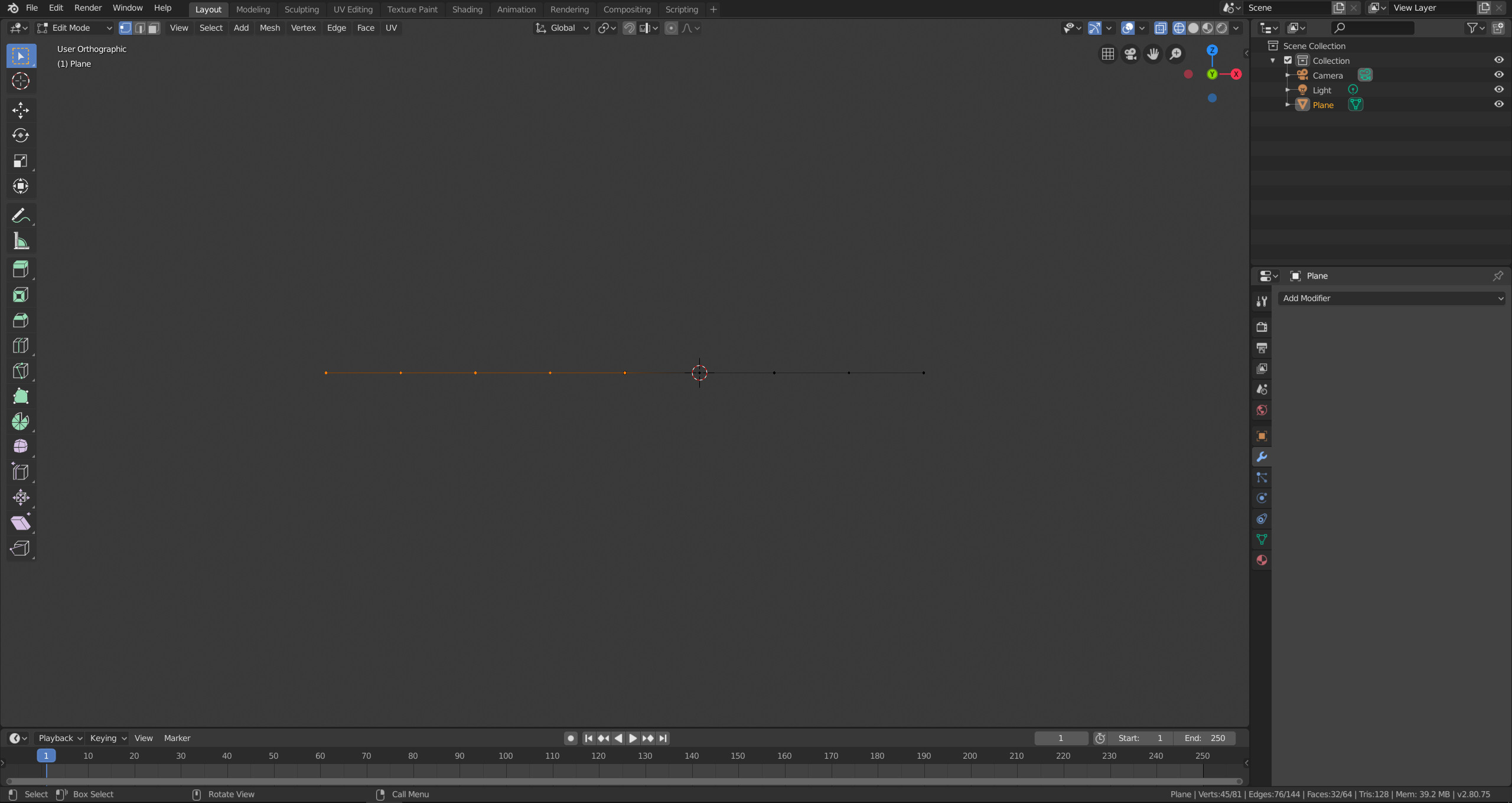 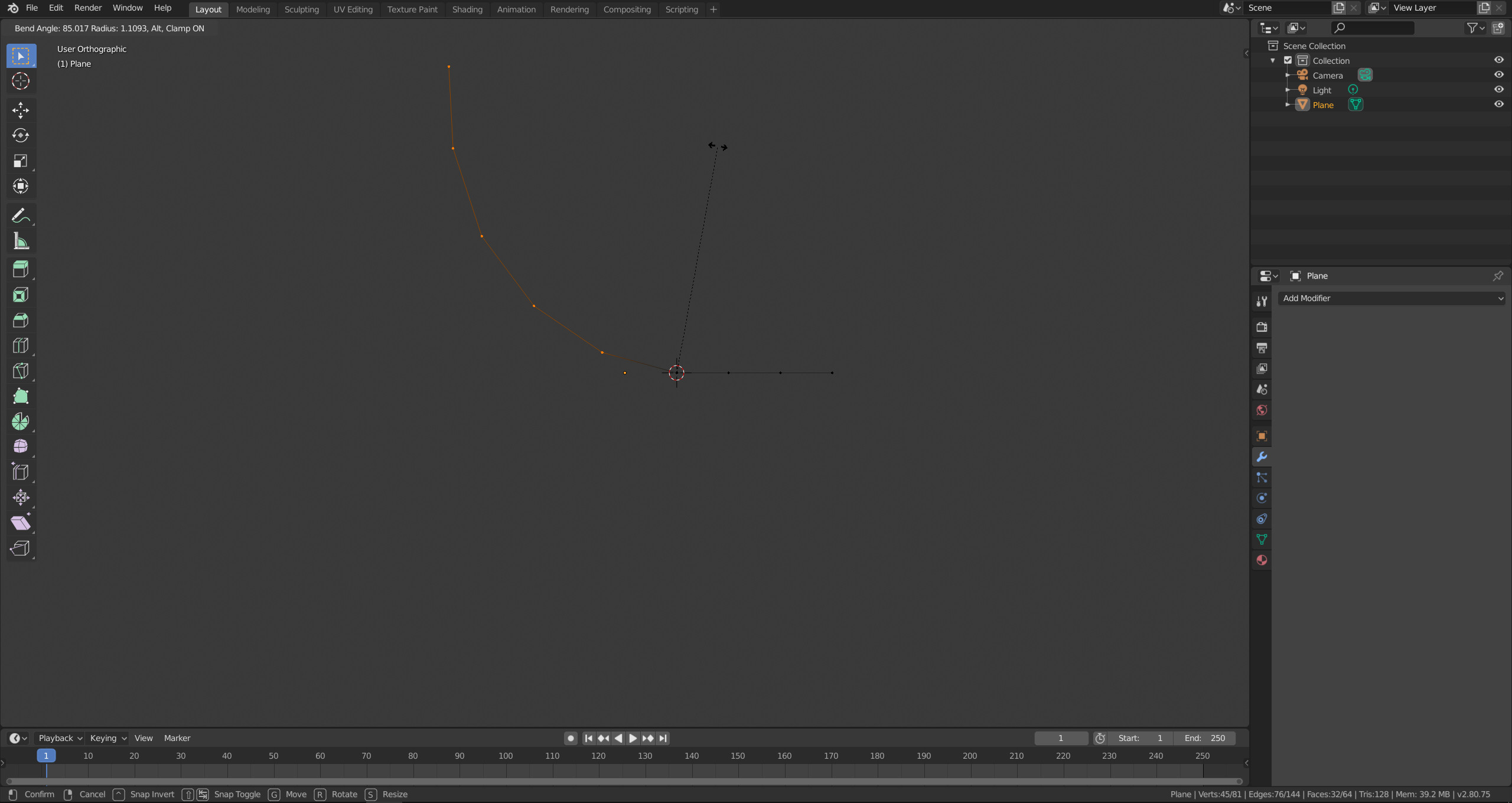 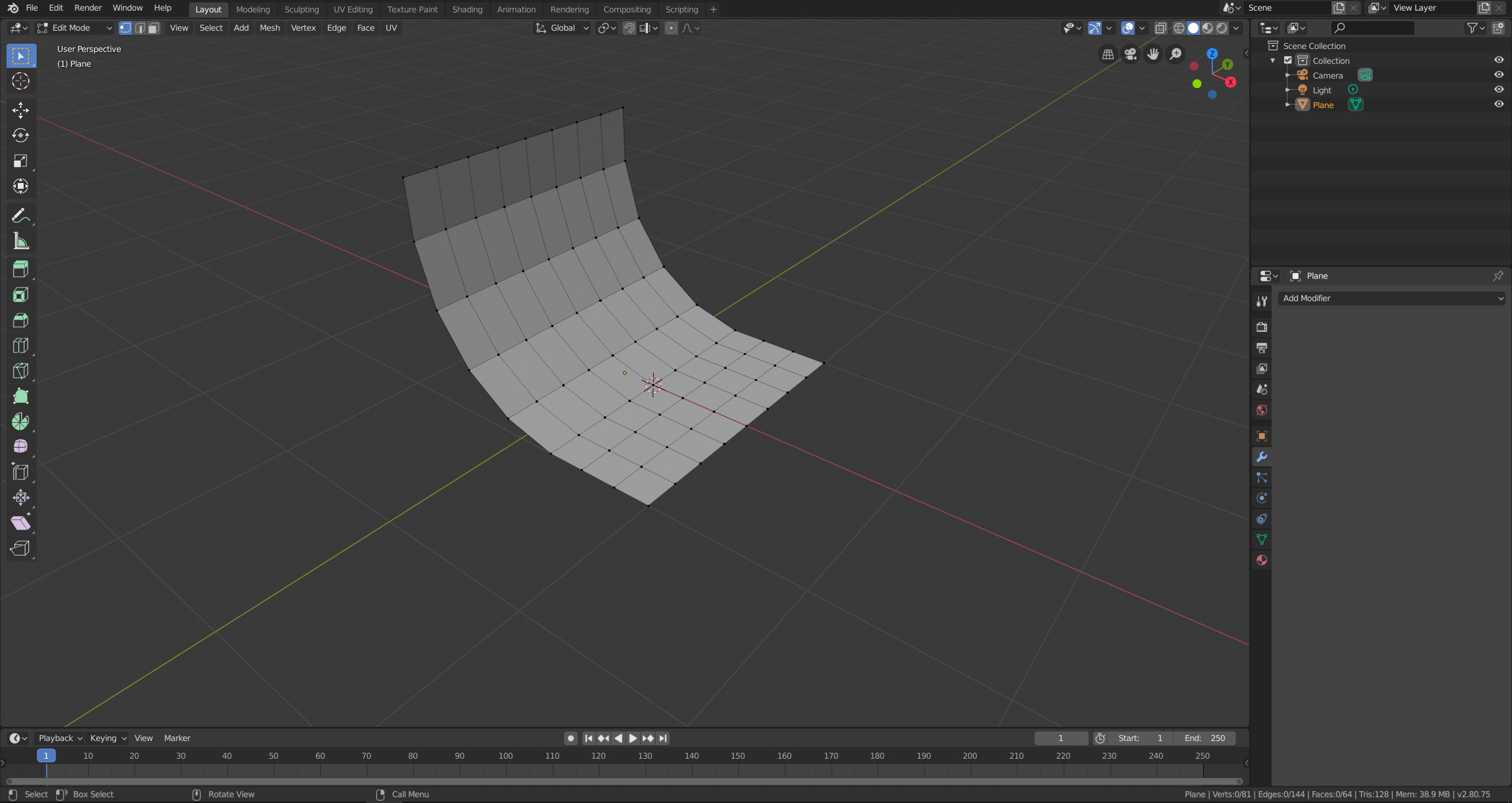 To see a more intuitive effect of the object-level 'Bend' tool, try duplicating the plane object a few times in Z (ShiftDZ a bit.. then ShiftR a few times to repeat the last command), put the 3D cursor at the bottom of the stack, the mouse above it, and have a play with it. It 'bends' multiple objects with respect to one another. That's not to say it's a very positive tool.. it's what I imagine learning to play the Theramin must be like.

In Edit Mode, the bend tool will bend a mesh, with parameters set by starting conditions:

The tool is most easily used in an orthogonal view down the axis of rotation. Altogether, it's 'quick and dirty'.. not easy to use precisely: it depends on an eyeballed starting position of the mouse, and its final rotation and distance.

For a more controllable bend of a mesh, you have several options:

The modifiers are non-destructive, and can be animated/altered at will, or applied: at which point, they are baked into the mesh.

P.S. To simply subdivide a selection of faces/edges, you don't need a modifier.. in 2.8, in Edit Mode, right-click. 'Subdivide' is the first item on the context. menu. You can create a parametrically subdivided plane by selecting 'Grid' from the mesh creation menu.

2
How to fold a plane while keeping length of edges?
3
How to bend one side of a planar mesh fade the bending effect towards the other side
0
Scaling only the height of a parallelogram plane
2
Bend Pivot Center of Rotation
0
Boolean intersect with plane makes object disappear
4
Bend flat, circular object into half sphere
0
how can i get sharp edges?
1
is it possible to make a reflection sit at infinity, like a reflex sight or a HUD?
0
How to get really defined plane changes?