As you can see in the image I would like to add yellow spikes along the blue edge of this hammer. How can I easily add them and space them out evenly? 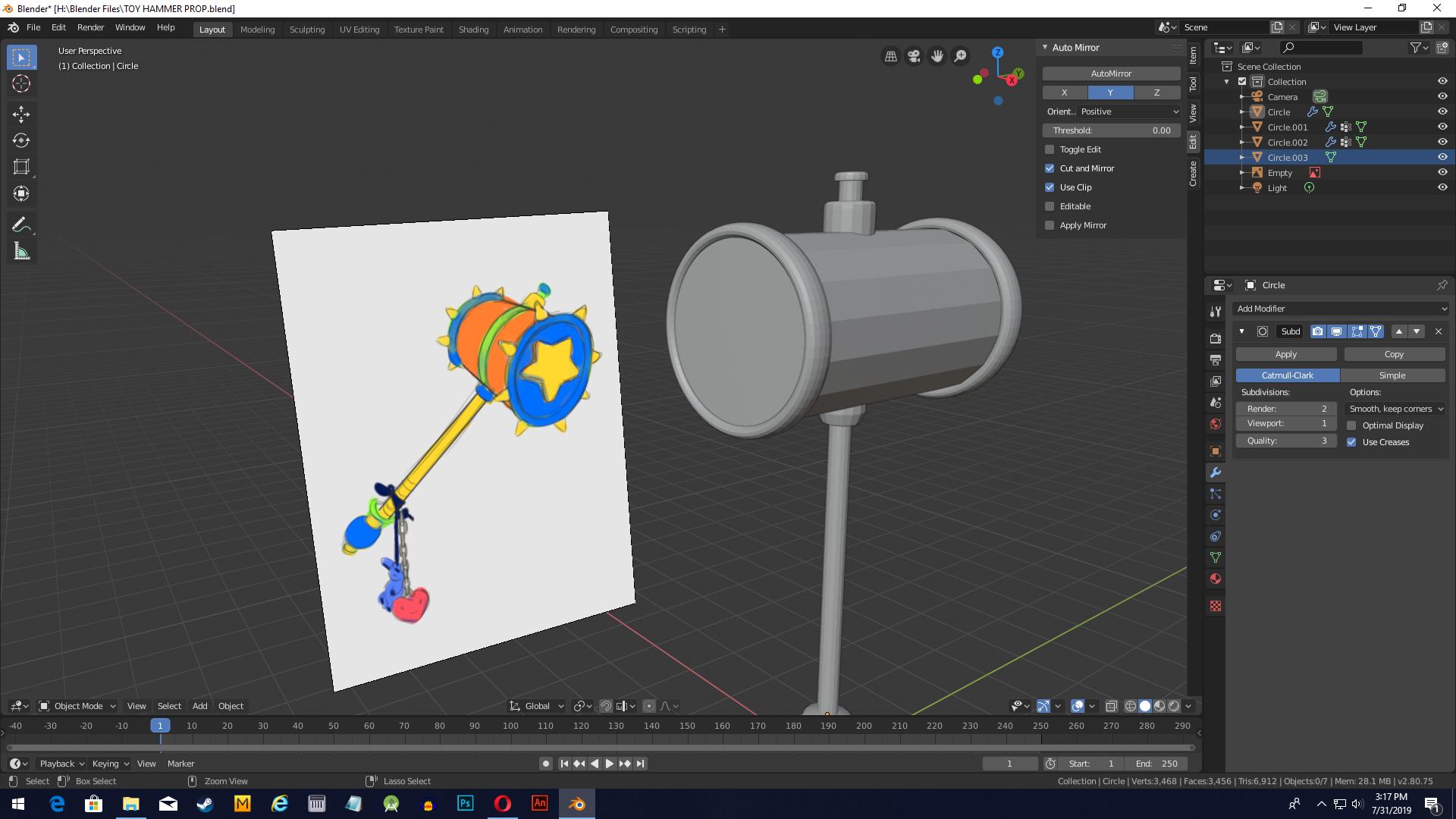 The first thing you want to do is to set your cursor to the middle of your hammer (represented by a cylinder in my case). 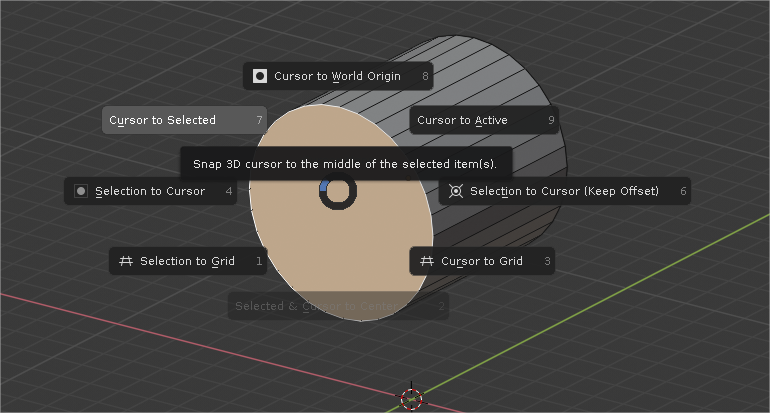 Then add your spike somewhere around it. To create several spikes around the edge, you have 2 methods:

1 - Use the cursor as a pivot point 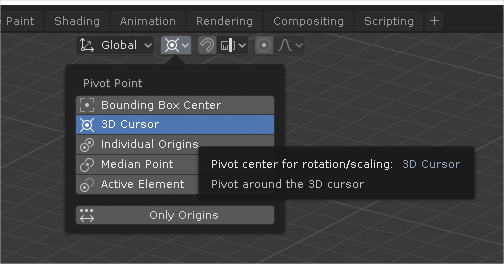 Duplicate your object, rotate it around the Y axis by XX degrees and repeat the operation. 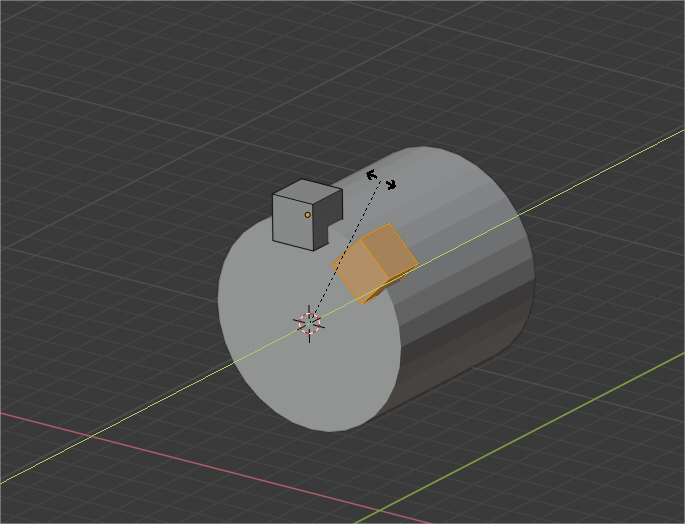 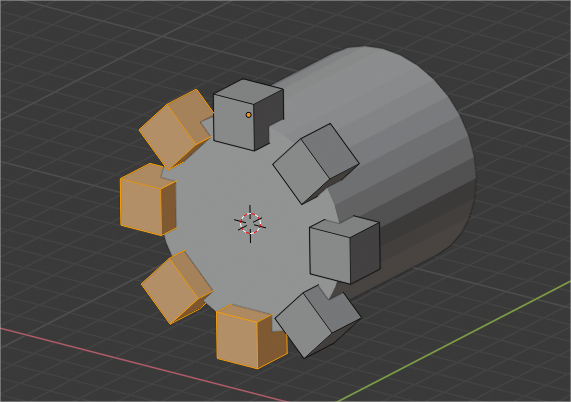 But this one is harder to modify as you have to delete you cube and realign them if you want to change its shape. The second option use an array modifier which is more adequate to the situation.

2-Array modifier Same beginning with the cursor, but create an empty object that you want to leave at the cursor position. This time, don't forget to move your object in edit mode instead of object mode so that the geomtry center point remain at the cursor location. 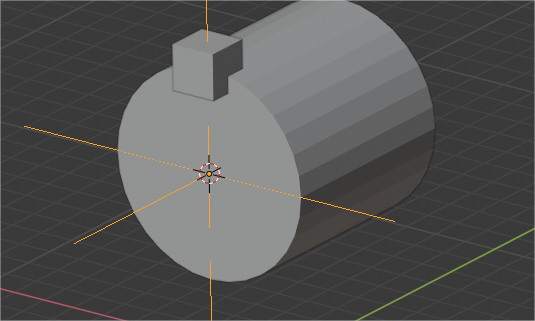 Add an array modifier to your object and deselect everything 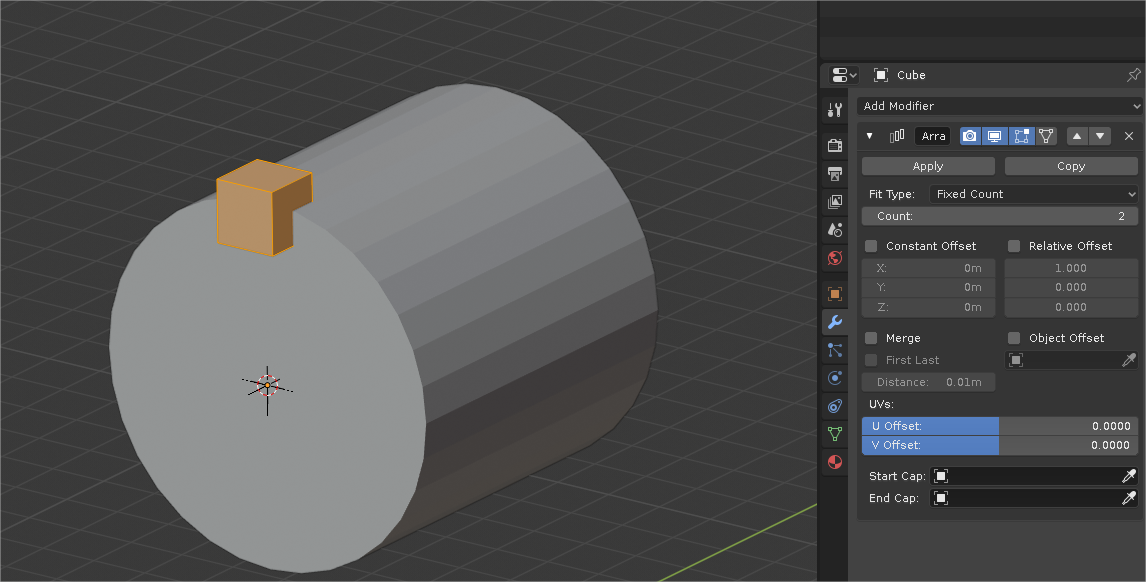 Select the empty object as object offset and change the count 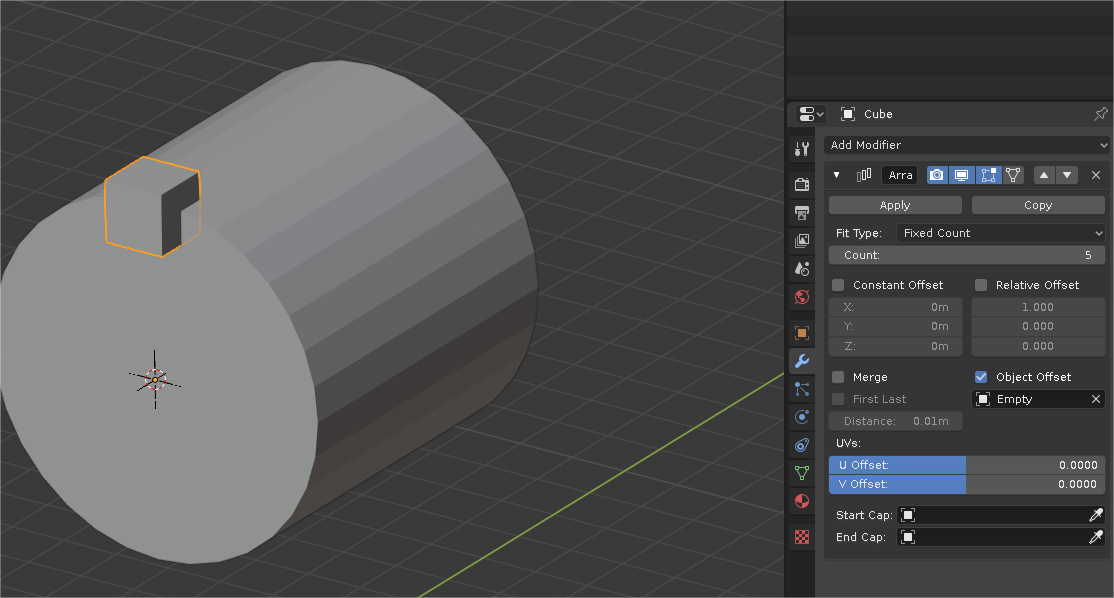 If nothing is shown, this is normal, just select the empty object and rotate it around the Y axis, your spikes should start moving. 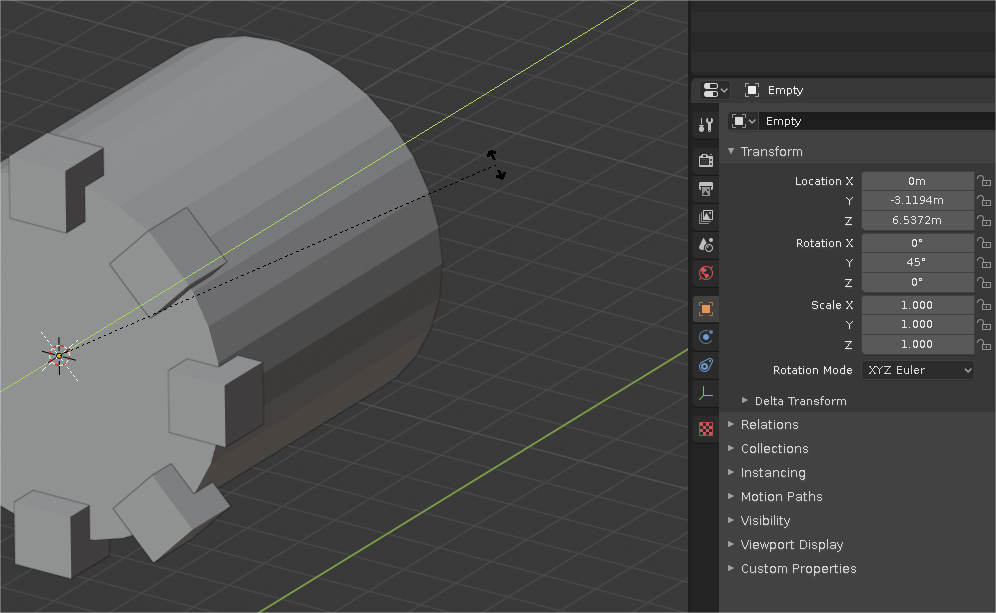 You can also use a particle system to distribute objects on your object surface. This method has the advantage of working on any kind of surface, not just circular ones.

Not the answer you're looking for? Browse other questions tagged modeling objects bezier-curves or ask your own question.

24
How to evenly space vertices?
3
How to achieve an evenly distributed 90° turn?
9
Wrap text around a Circle without deforming it. (numbers on clock)
7
Extruding inwards along edges?
1
Place emitter type particles on the surface evenly
4
How can I make a shape follow a profile without it following the profile normals?
5
Modelling Technique Rounded Surface
1
Spreading micromirrors evenly across surface of a helmet model (Particle effect, procedural, instancing)
1
How can I add "trim" to a curved surface?