Subdivision while keeping Volume for Level of Detail

Is there a way to use the Subdivision Surface modifier on my mesh while keeping the silhouette more or less intact? The Catmull-Clark algorithm reduces the volume and the form of the mesh a lot. I want to create Level of Detail versions that should blend into each other based on procimity/the space they take up in the camera view in my game engine. The following picture hopefully clarificates what I am going for.

The black Wireframe is the original unmodified model. The displayed mesh is the outcome of subdividing with Catmull-Clark algorithm. The red outline I painted in is kind of what I need. The silhouette shouldn't "change", just get a little more smooth/detailed with each level of subdivision.

I tried to Shrinkwrap the subdivised mesh back to a lowpoly copy of itself, "Apply Base" in the Multiresolution Modifier but nothing helps, the volume and silhouette is always compromised. Maybe there is a way to achieve this with some clever combination of modifiers? 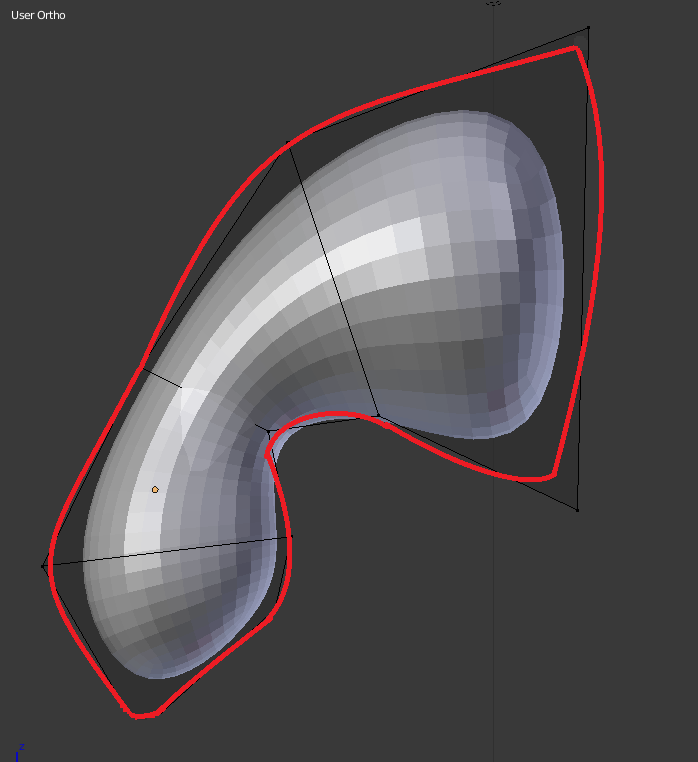 With Blender 2.82 out, there is a good enough method to keep the volume while subdividing the whole mesh without actually using the subdivision modifier.

It's the Bevel modifier. Select the percent method and set the value to 50%. uncheck the clamp overlap option and now, you might notice there are now duplicate vertices. 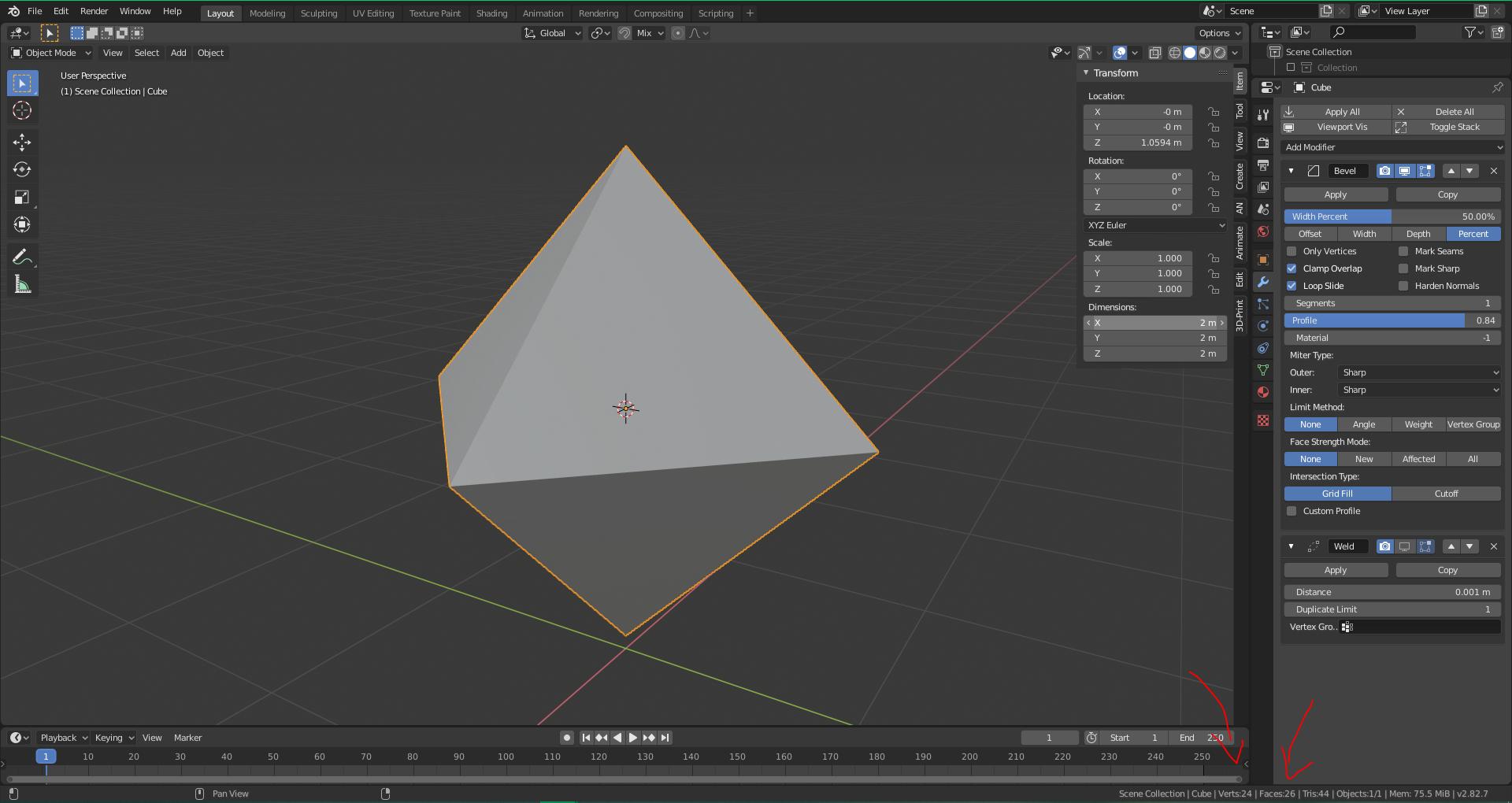 But there is a new modifier: weld; and its job is to get rid of those in a non-destructive manner, so you can keep your bevel modifier. 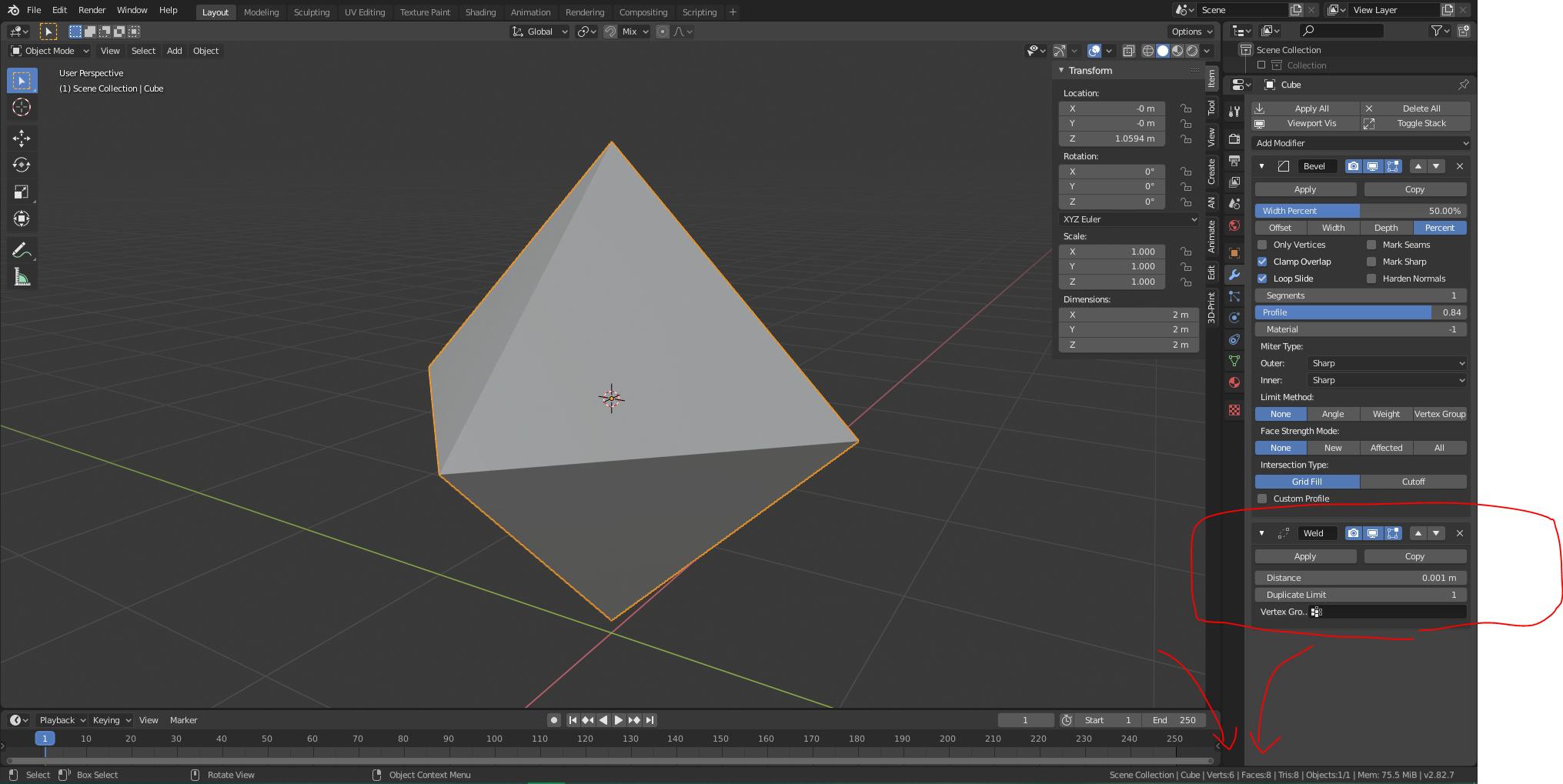 you can then add as many segments and tweak the profile as much as you want. Make sure to set the outer Milter to "patch" for concave meshes. 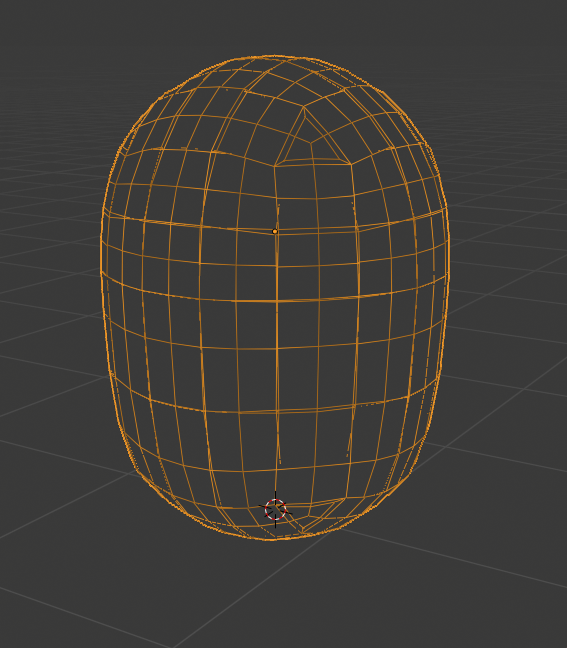 In that case, buff the distance of the weld modifier juuust until it fixes everything. 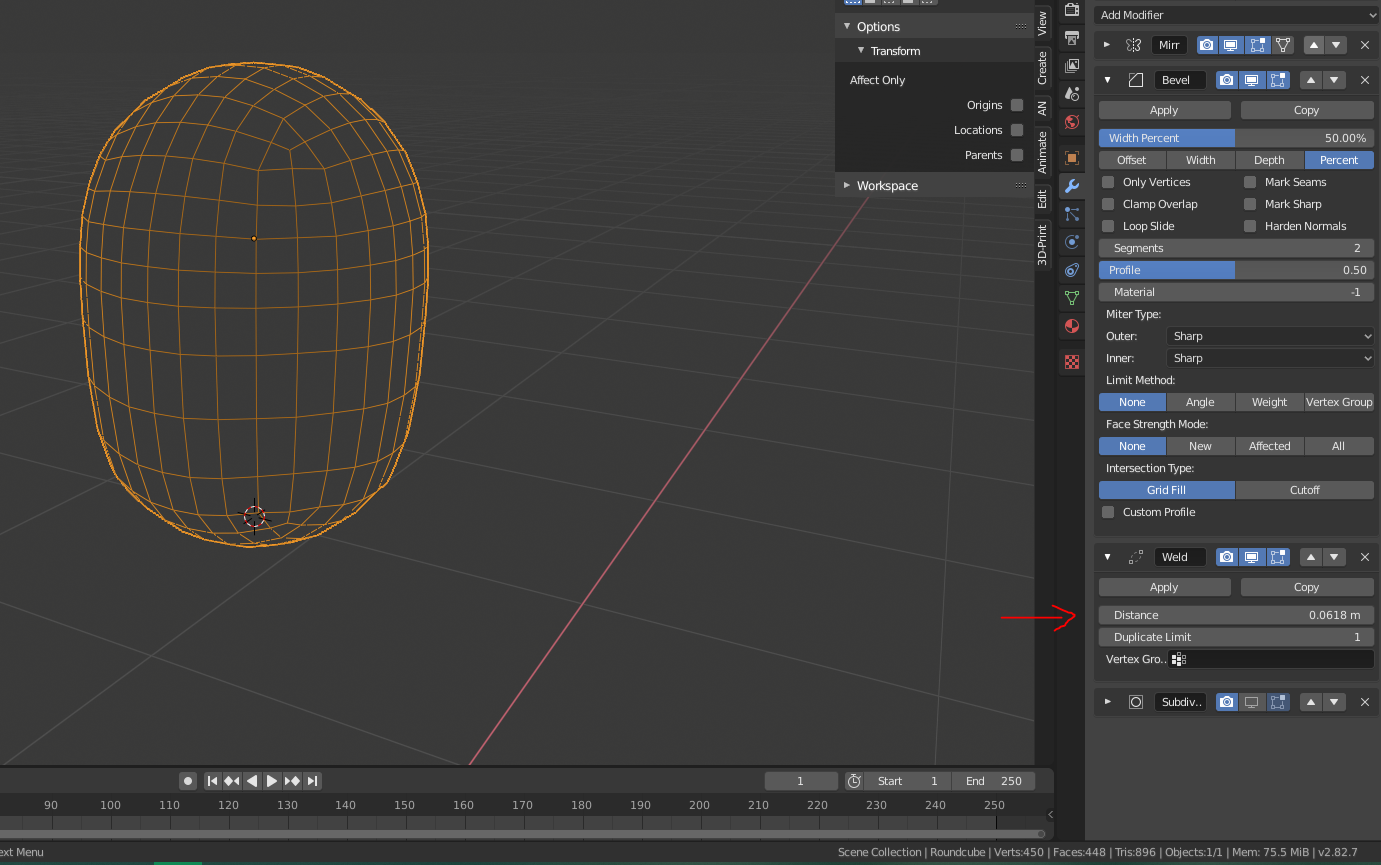 After that, you can add a subdivision modifier for a better edge flow and tweak the profile of the bevel (even the custom profile works) if it looses too much volume to your taste.

Not the answer you're looking for? Browse other questions tagged modeling mesh modifiers edges subdivision-surface or ask your own question.

1
Staying flexible in the level of detail?
4
Help with Level of Detail coding
1
Lower the Polycount while keeping the details of sculpting
2
Subdivision Surface modifier above level 1 subdivide causes boolean modifier to break
6
Are there good techniques for creating high poly regions within lower poly meshes when using subdivision modifier?