I seem to have nothing but problems with compositing and Render Layers. :-\ Every tutorial I’ve followed so far on Blender Guru, I’ve been unable to replicate the process whether in 2.79 or 2.80. As part of a tutorial, I’ve added some lights in their own Collection, added another Render Layer and called it (Spot) Lights, disabled all the Collections I don’t want, unchecked the eye for everything I don’t want, and the other Layer has everything else in the scene enabled with the eye on. Rendering out my first scene/RenderLayer proceeds to render out the next RenderLayer containing the lights. However, for some weird reason, it renders out some of my other lights in the scene, along with the background and the floor. If I continue to follow the tutorial and set up the nodes the same, the end result is almost there, but my main building/object becomes semi-transparent. 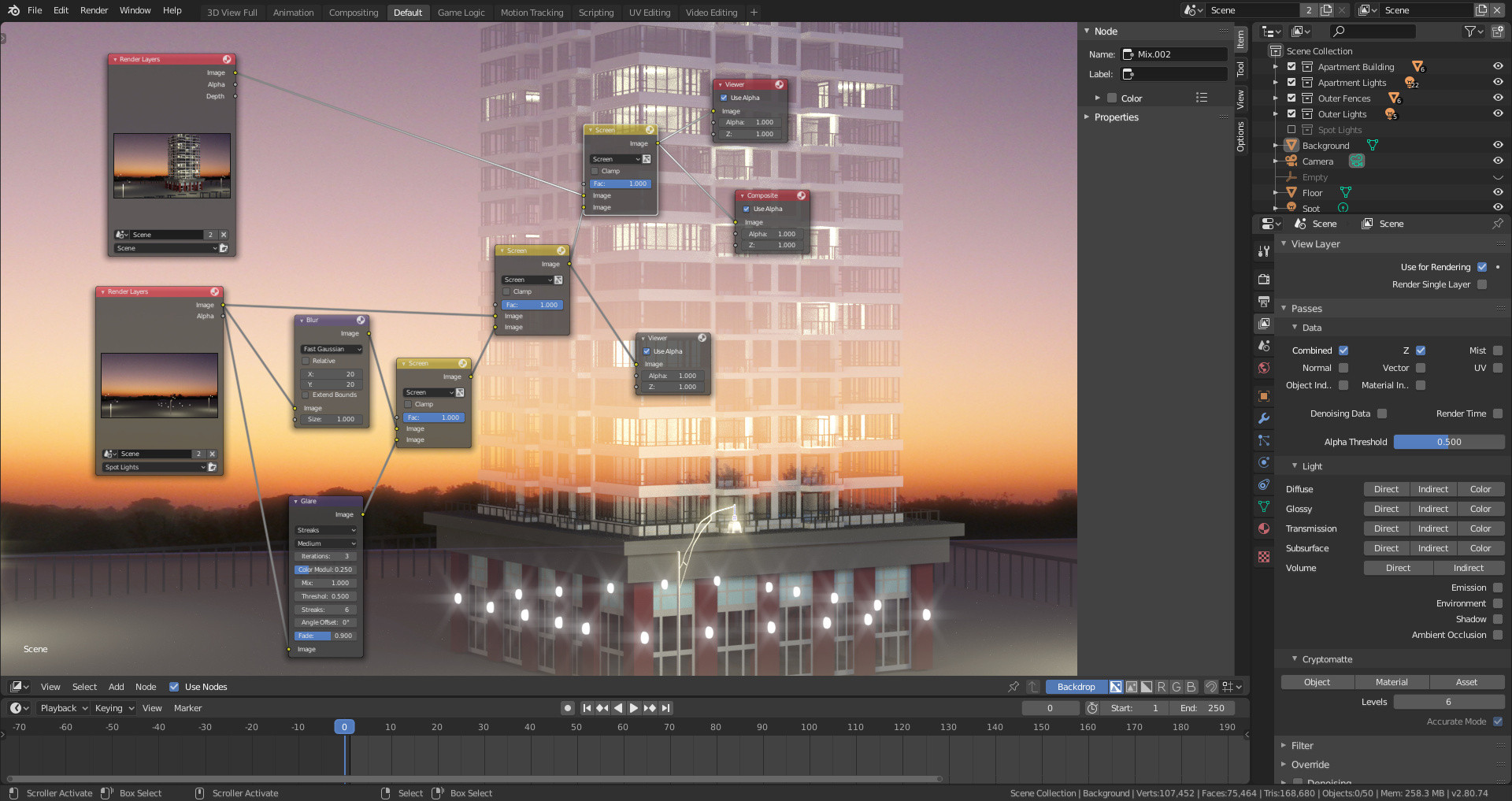 How could I fix this? How can I prevent the second Layer from including those objects when they're not even enabled in that layer?

One thing - disabling Eye icon in Outliner Editor hides object from viewport not from Rendering, for that you have to enable Render (Camera) icon in filtering.

Disableing these objects from rendering will affect both Layers. To fix it you have to place them into separate Collection (I called it "Scene"). Like that you can disable it for one layer and keep in others by switching checkbox of collection. 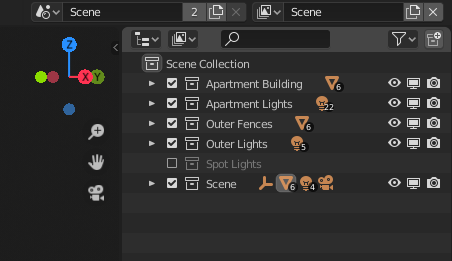 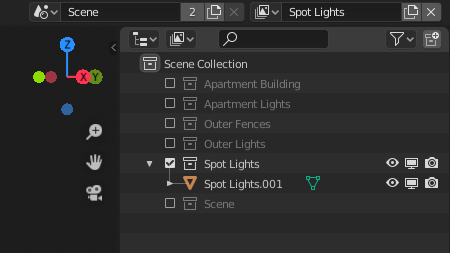 Second thing - To add additional Lights with Glare in compositor I would use rather enable Film > Transparency and in compositor use Alpha socket as input. Alpha because even you disable whole Scene collection you still use world light that will affect compositing. Like that you can also save one Mix node from tree to get same result. 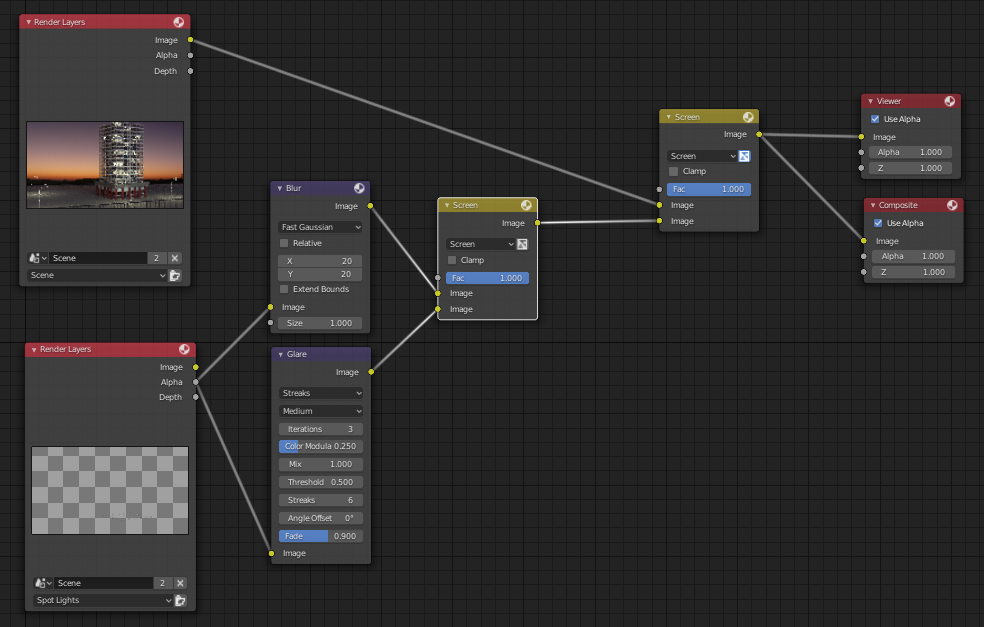 Not the answer you're looking for? Browse other questions tagged node-editor compositing-nodes render-layers or ask your own question.