I've been working with Blender for several years now, and I am wondering how to use a material in sculpt mode as a guide for how the mesh looks while I am sculpting it (not matcaps). Right now, all I get when I switch to material view is a blank white. I know this is probably some kind of helpful feature but I would love to turn it off. I want the material colors and patterns to show in sculpt mode as they do in object mode. I know matcaps are useful for understanding the geometry while sculpting, but in my case, I need patterns to show that are dependent on the physical location of the verticies of the geometry in the scene (particularly along the Z-axis) regardless of the angle relative to the camera.

My project includes creating a landscape with very specific topography that will be made into a topographical map. I have a simple guide material made using a wave texture and a position vector that places a black ring where the land rises through certain elevations (Later on, I plan to use a boolean modifier to make nicer lines, but boolean modifiers that are dependent on the mesh currently being sculpted don't seem to work in sculpt mode; so this is just a guide material for sculpting).

The following is a picture of the material applied to a landscape as it appears in object mode: 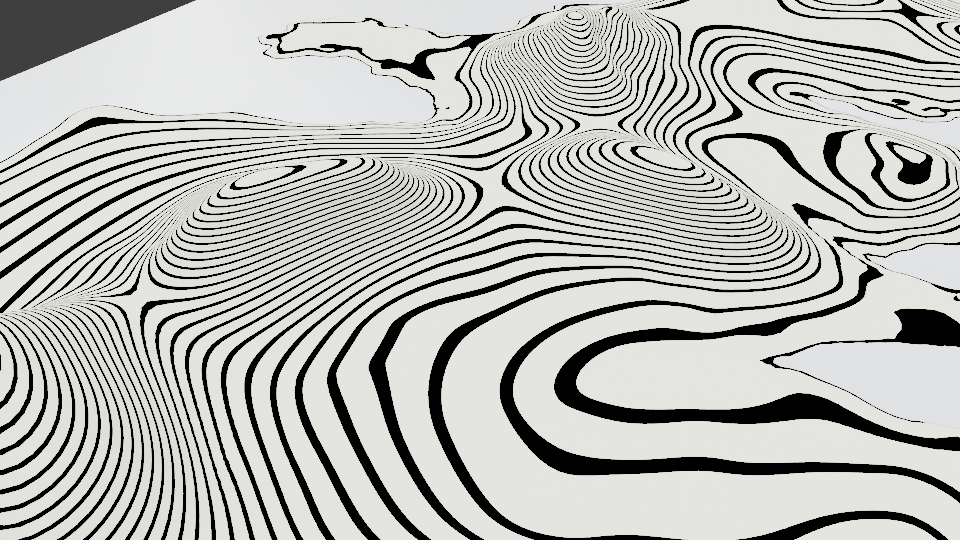 The following is a picture of the material applied to a landscape as it appears in sculpt mode: 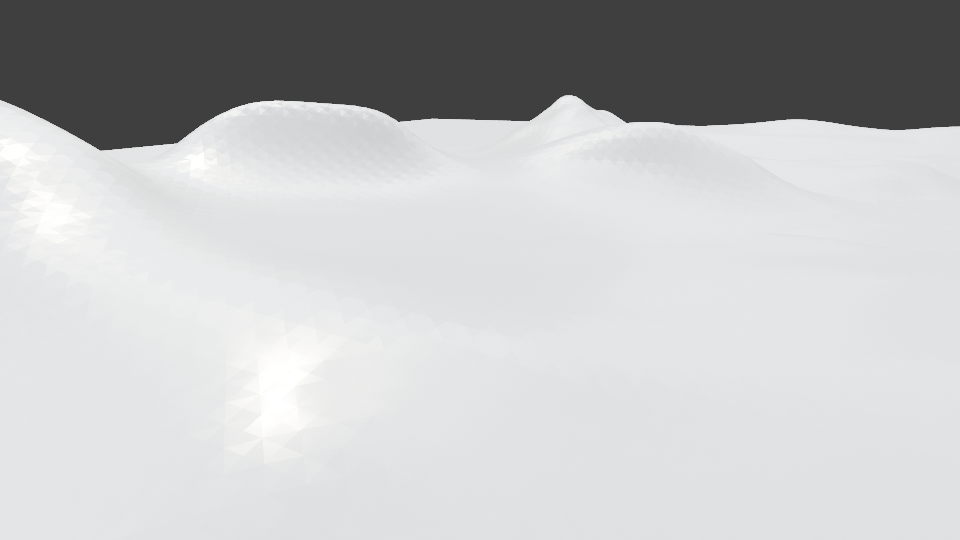 The only difference in the settings of the project between the previous two images other than the angle of the camera (which is irrelevant) is that the first is in object mode and the second is in sculpt mode. Both are in material view.

This presents a problem because I want to monitor the height of every point on the landscape in real-time as I sculpt. Correct me if I'm wrong, but from what I understand of matcaps, it uses an image, and based on a surface's angle relative to the viewport angle, it chooses the color on the appropriate part of the matcap image and applies it to that surface. I am looking for a similar function, but instead of using the normal vectors and camera angle, I want to use the Z component of the position vectors on the geometry to determine the part of the image to use. It seems like this type of thing should exist in the program, and I hope it does. I have never tried anything like this before, so if there is a solution in some pre-2.8 version that has been removed, let me know.

Just to summarize, I am looking for a way to view a material's patterns, as calculated from the geometry, in real-time while sculpting, or to make a special matcap that can display the same. Also, if anyone has any other solution that would allow me to see topography lines while sculpting, that would be much appreciated, too.

Thank you so much for your time.

3
How to apply the multiresolution modifier from sculpt mode?
6
How can I get Blender to just do Matcap shading for the selected object?
18
Matcap materials as a material for render?
0
Imperfect symmetries (in sculpt mode)
0
How do i get sculpting mode back?
1
How to focus the camera to rotate around spots in SCULPT mode?
0
Changing the “Pan View” Keybind works in Object Mode, Not Sculpt Mode