I'd like to wrap a plane around a circle. My plane has the solidify modifier which gives it a little bit of depth.

Based on what I can find online the curve modifier should be able to warp my plane in such a way that it wraps around the cylinder. But when I do it in my blender I get strange results. Here's one example. In this example it just puts the origin of the plane on the circle and then as you move x it rotates around the circle. But I want it to wrap around the circle as though it were made of clay and I pressed it against the outside of the cylinder. Ultimately I'm trying to do this with an svg so I can cut a hole in the cylinder with the image that I want.

Anyways, here's what I'm looking at. 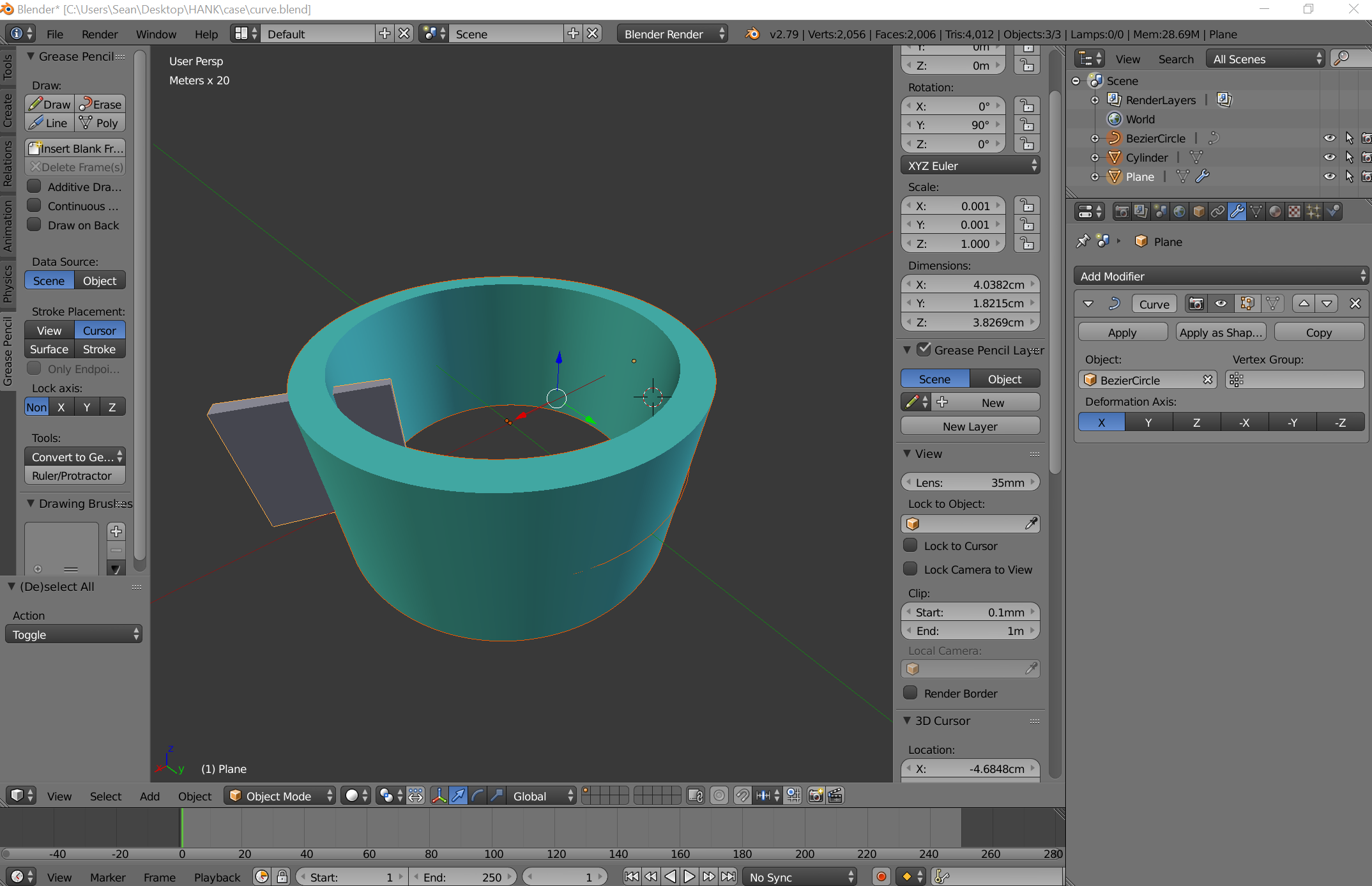 2
Better way to join bezier curve to bezier (half) circle?
2
Determine if object is bezier circle curve?
5
How do I make the upholstry of a vehicle panel looked puckered by a door handle?
3
Array Shrink Wrap Curve
5
Wrap spiral curve around complex object
8
Wrap curve around sphere
1
Bend a bezier curve along bezier curve
1
How do I rotate some text?
1
Curve modifier doesn't do anything