In Blender 2.8, within the boundaries of a big rectangle I have several overlapping objects (planes and text) to which I would like to overlay a semitransparent layer of dirt.

If so, I would appreciate suggestions on how to (i) make the dirt.png image appear in the new plane and (ii) set the transparency of the dirt

Select the plane with the Black and white dirt image and switch its blend mode and shadow mode to "Alpha something", and play with the parameters until you get the look you're looking for. 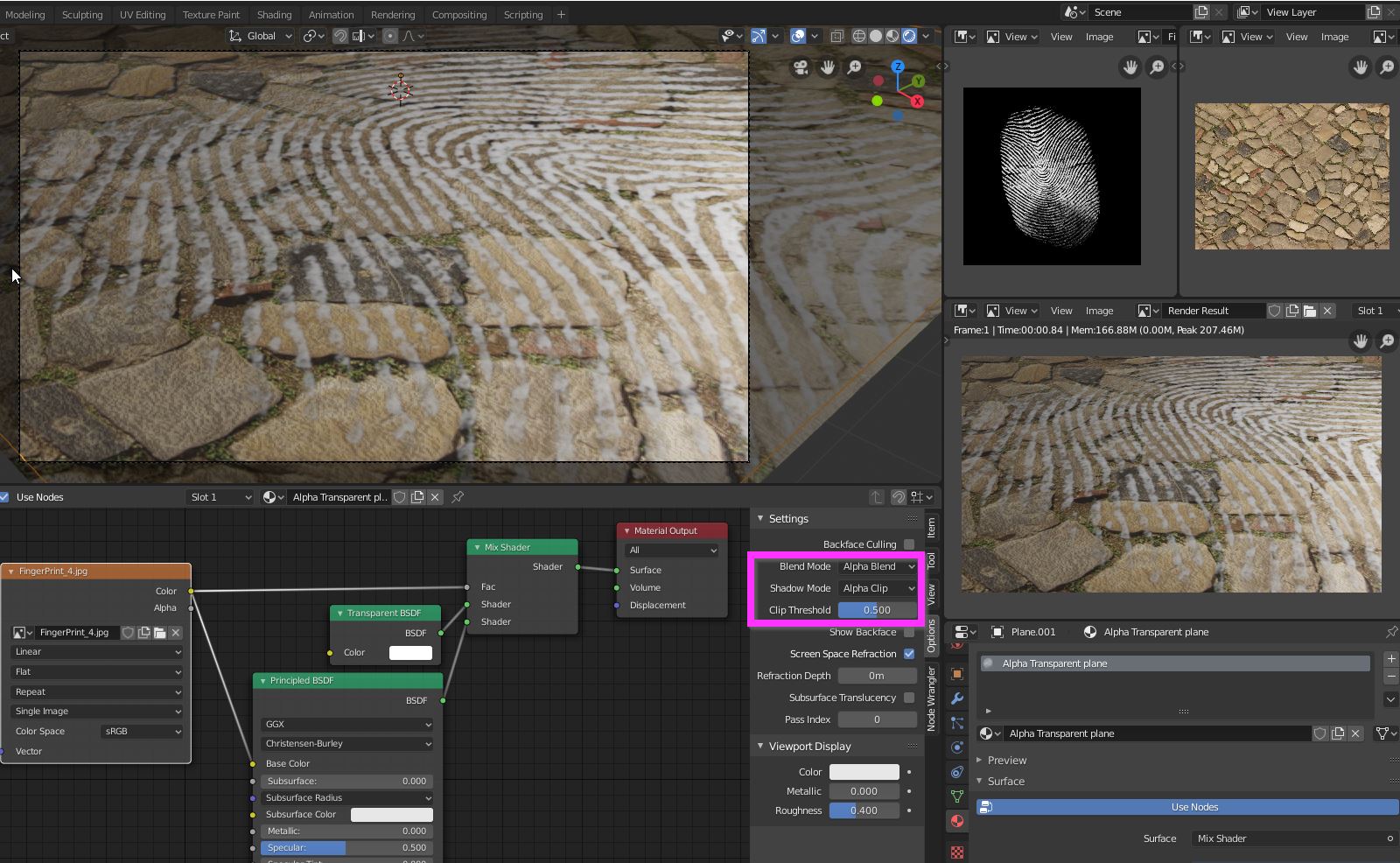 Not the answer you're looking for? Browse other questions tagged image transparency or ask your own question.