im new here and i have just a question:Im using blender from not a long time (excuse my bad english too),and while i was modelling a PS2 model,i encountered a problem.

I have a Bevel modifier on the upper part(not applied,just there)and it does his work,but as soon as i try to add a Boolean modifier to cut a hole(the P1 controller port) they just act as if they "conflict": I mean,if one is on,the other one doesnt work.Switching them up and down on the modifiers tab shows that only the first one actually takes effect on the mesh.

I tried even applying Bevel first,then cut the Boolean hole but if i do so the hole just doesnt happen.If i apply the Boolean difference,then the Bevel modifier just doesnt work in any way,even deleting and putting a new one.

I will try to upload some screenshot of the part that im talking about.I hope was not a stupid question,but i really cant figure out if i have to find another way or maybe im missing something.If needed i can try upload the file aswell.Thanks in advance 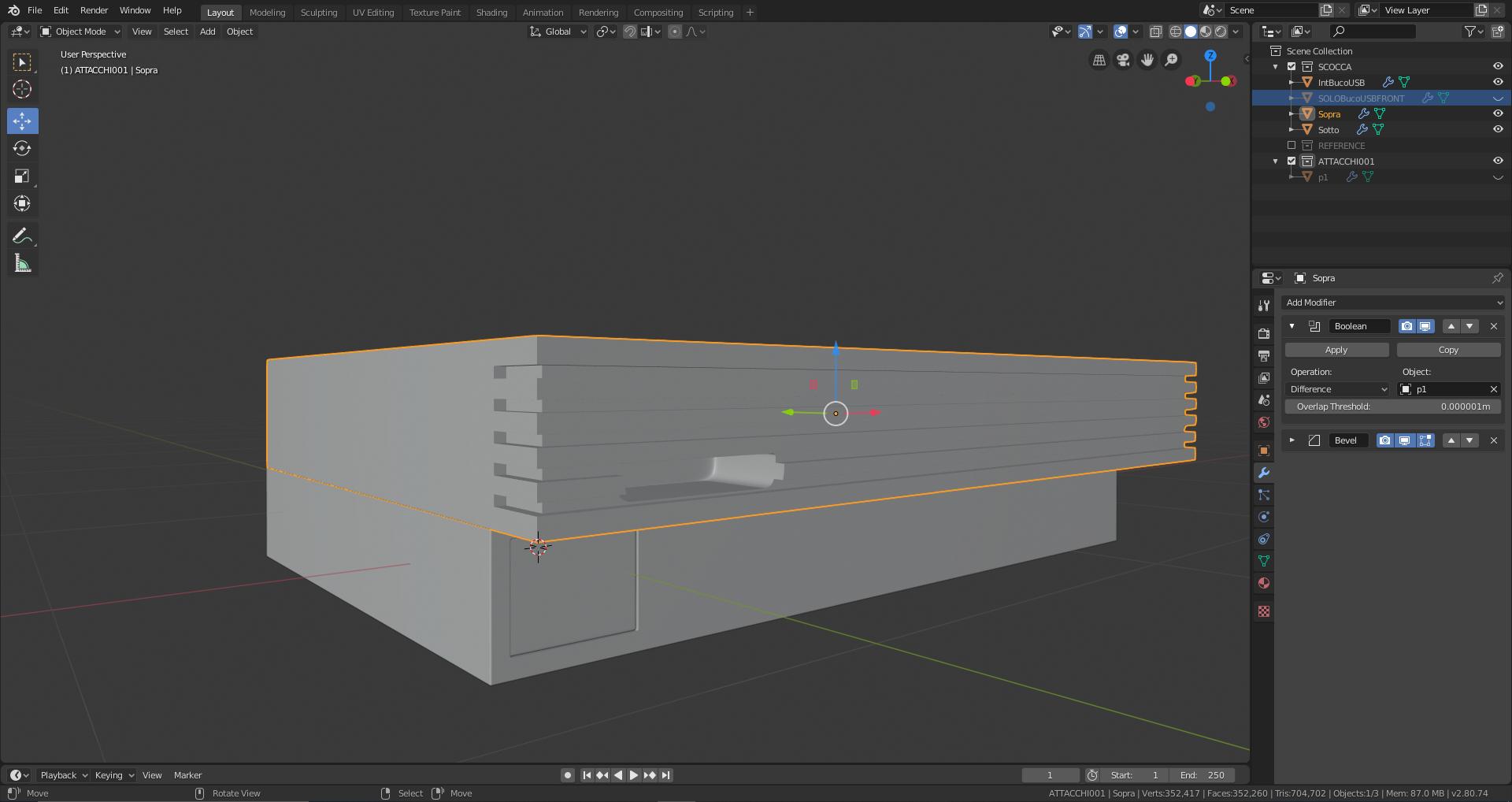 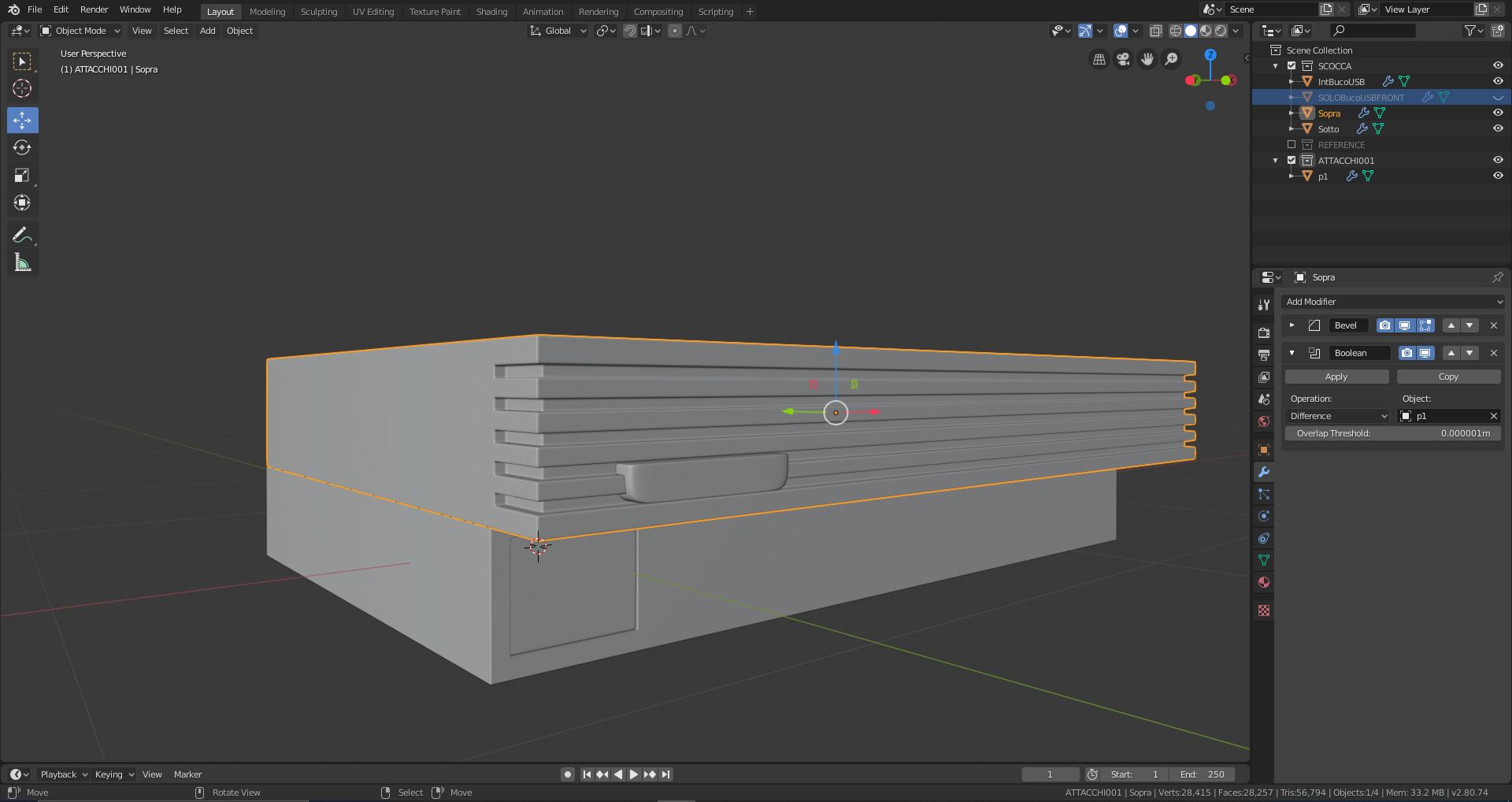 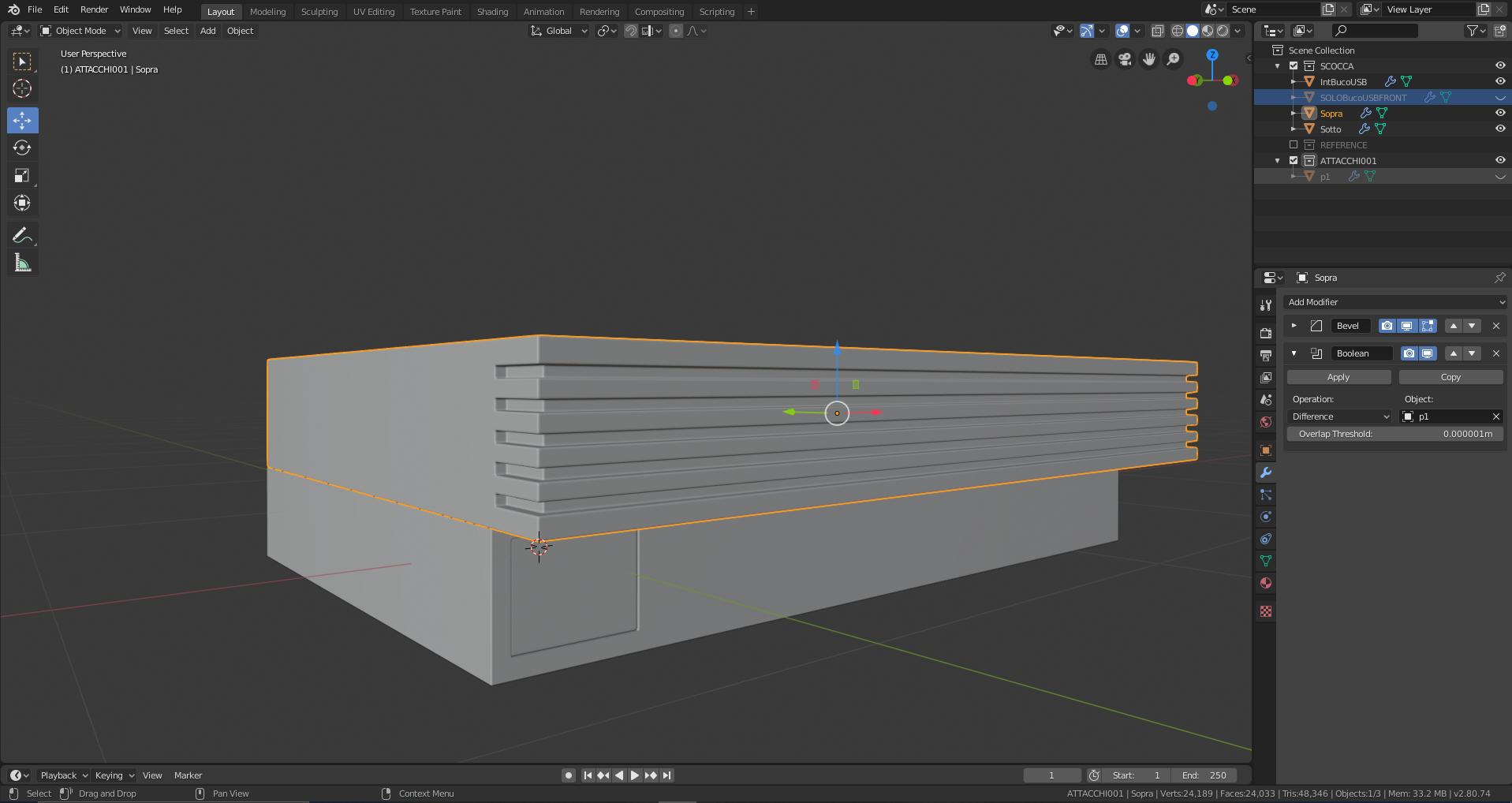 It looks like if you decrease the boolean object's Subdivision Surface subdivisions down to 2, it works, I can't tell you why though: 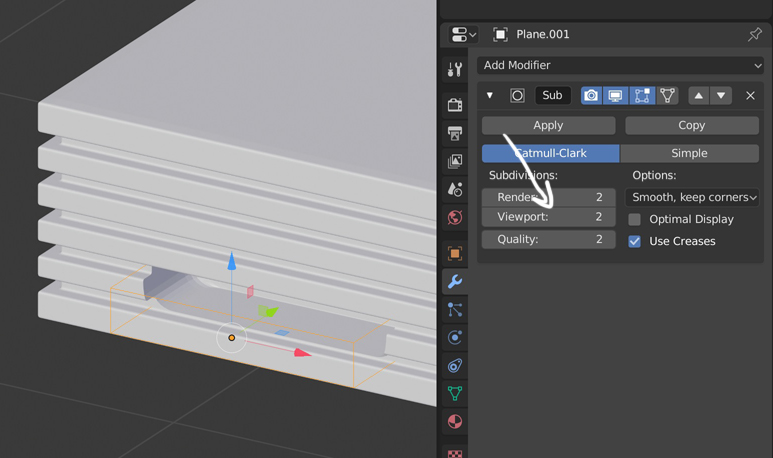 Not the answer you're looking for? Browse other questions tagged mesh modifiers bevel or ask your own question.