How to make a rope curving in a certain way

I wanted to make a small rope curving like this in Blender for my model. But I found 2 issues; I can't find a way how to curve this smoothly (so tips for bezier curve or whatever would be appreciated) and if I already make something looking at least 70% like I want it, when I apply the curve modifier the rope just disappear and it is nowhere to be found. 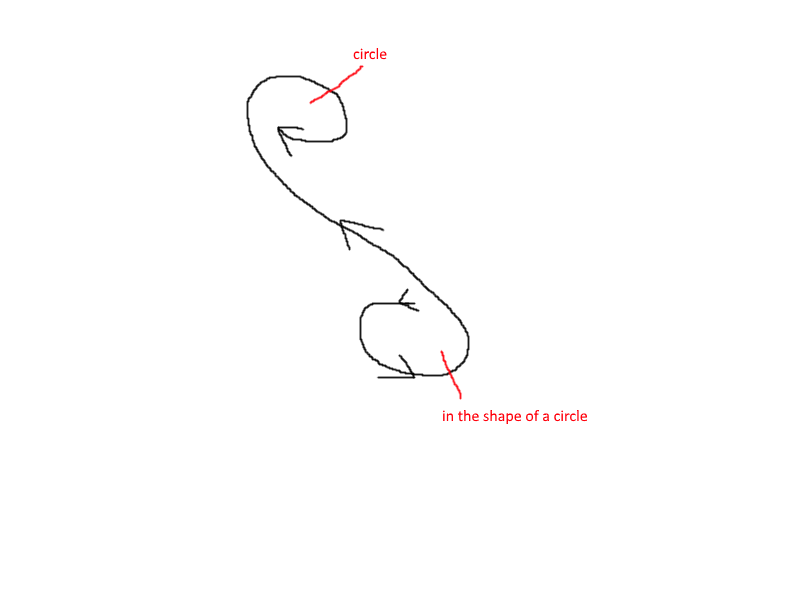 It's easy to lose bits if their origins aren't in the right place. Here's one approach to your job: I hope the loops are circular enough for you. Working in the XY plane..

(As suggested by @Robert Roth)

There may be a bit of tweaking to do... 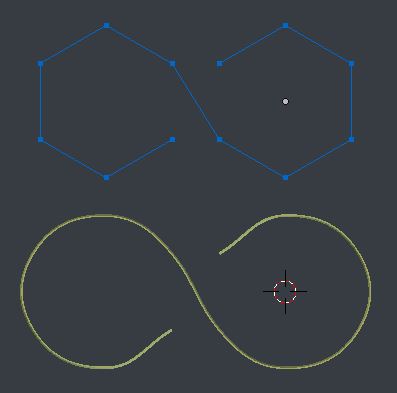 Note where the origin of the curve is: at world 0. When you create the profile / set up your rope, to make things easier, put its origin at the same place. Make sure all object-level transforms of the rope (especially scale) are applied.

The rope: (For example) 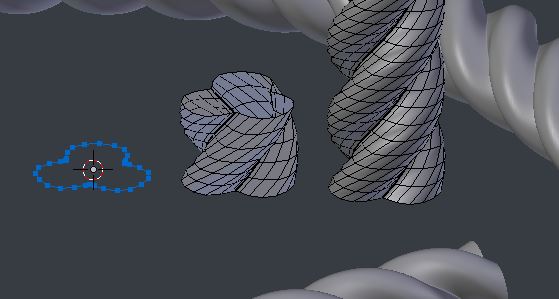 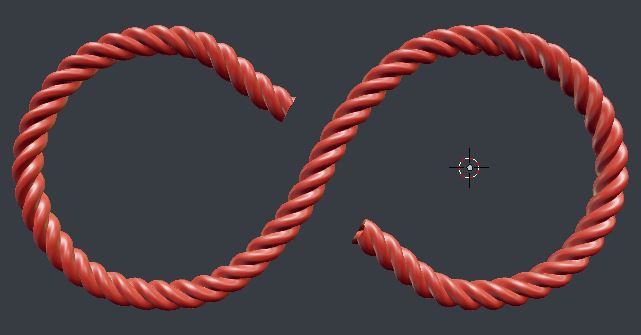 You can manipulate the path-mesh in various ways: here, working on the left half, E extending terminal vertices, and R rotating and S scaling the new vertices in/out from the 3D cursor at the origin, before duplicating and rotating the whole left half through 180 to make the right half, F joining the ends, before converting to a curve. 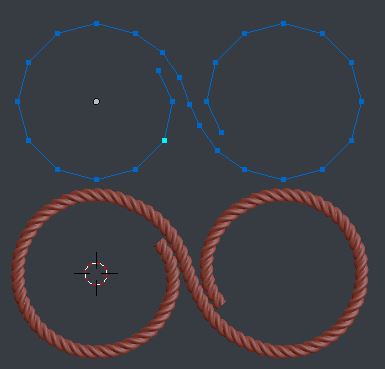 12
Modeling a twisty tree: How do I twist a beveled curve?
0
Cylinder becomes deformed at corners with curve modifier
0
How to make a screw fallow a curve?

0
Extrude curve circularly
2
How to get the Controllpoints of the *hull* of a Bezier Curve?
3
bezier curve loops are twisted
2
Working with bezier curve, I need to fill the hole at the end
5
How to make curved (bent) rectangle, and add material?
1
Positioning a collection of objects along a curve
1
Drawing a simple arch with the curve tool
1
How do I use the Curve Profile > Helix (3D)