This question is very similar to this question, (if not, a duplicate) but I wish to add a few more details of my own. (The question is also still unanswered...)

I am following Andrew Price's Anvil Modeling tutorial, and there is this part where you are supposed to use the Boolean modifier to cut a cylinder out of the Anvil. However... 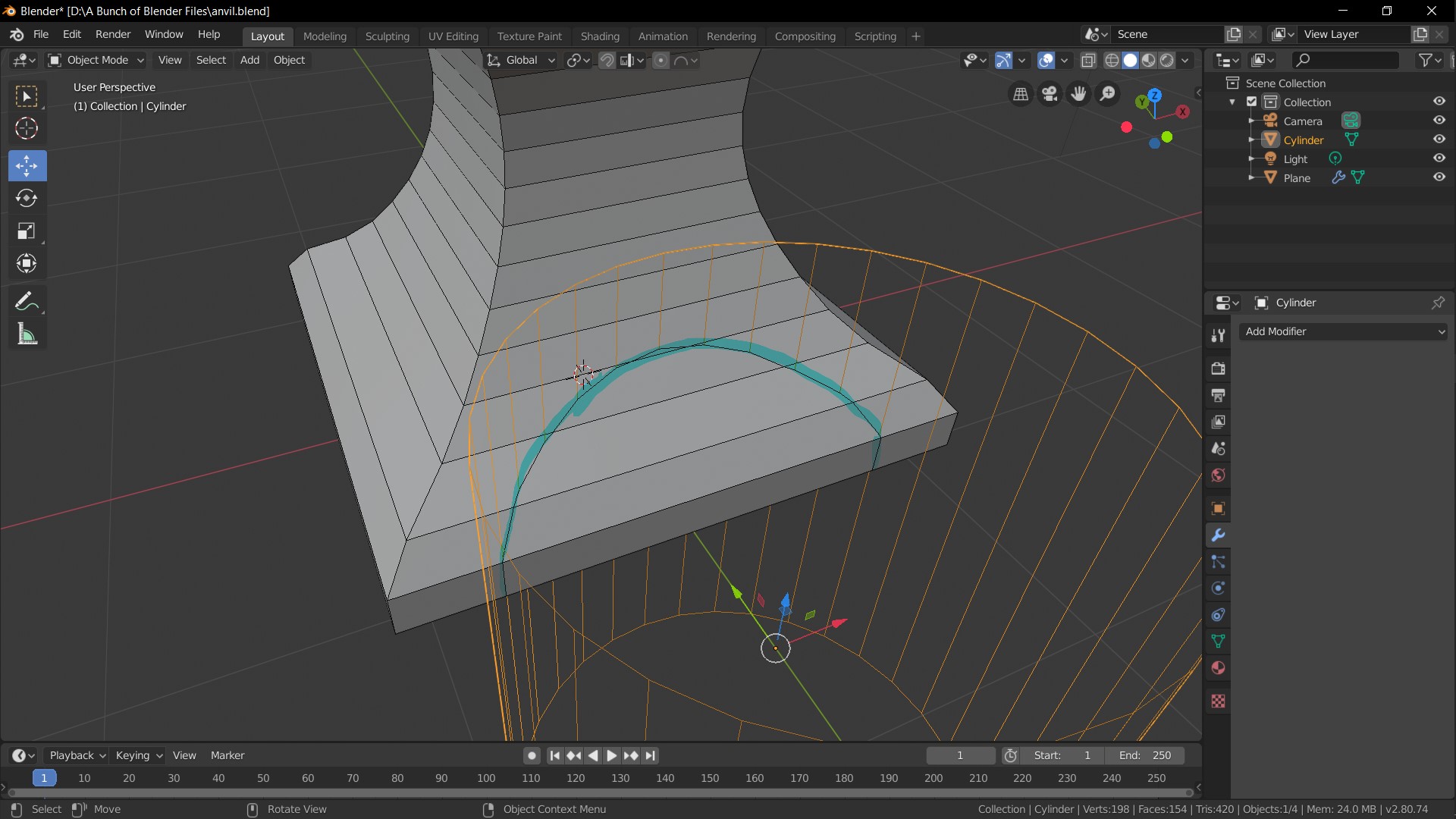 Since then, I have recreated this scenario, both in 2.79 and in 2.80, but in those attempts, the Boolean modifier had worked as expected: 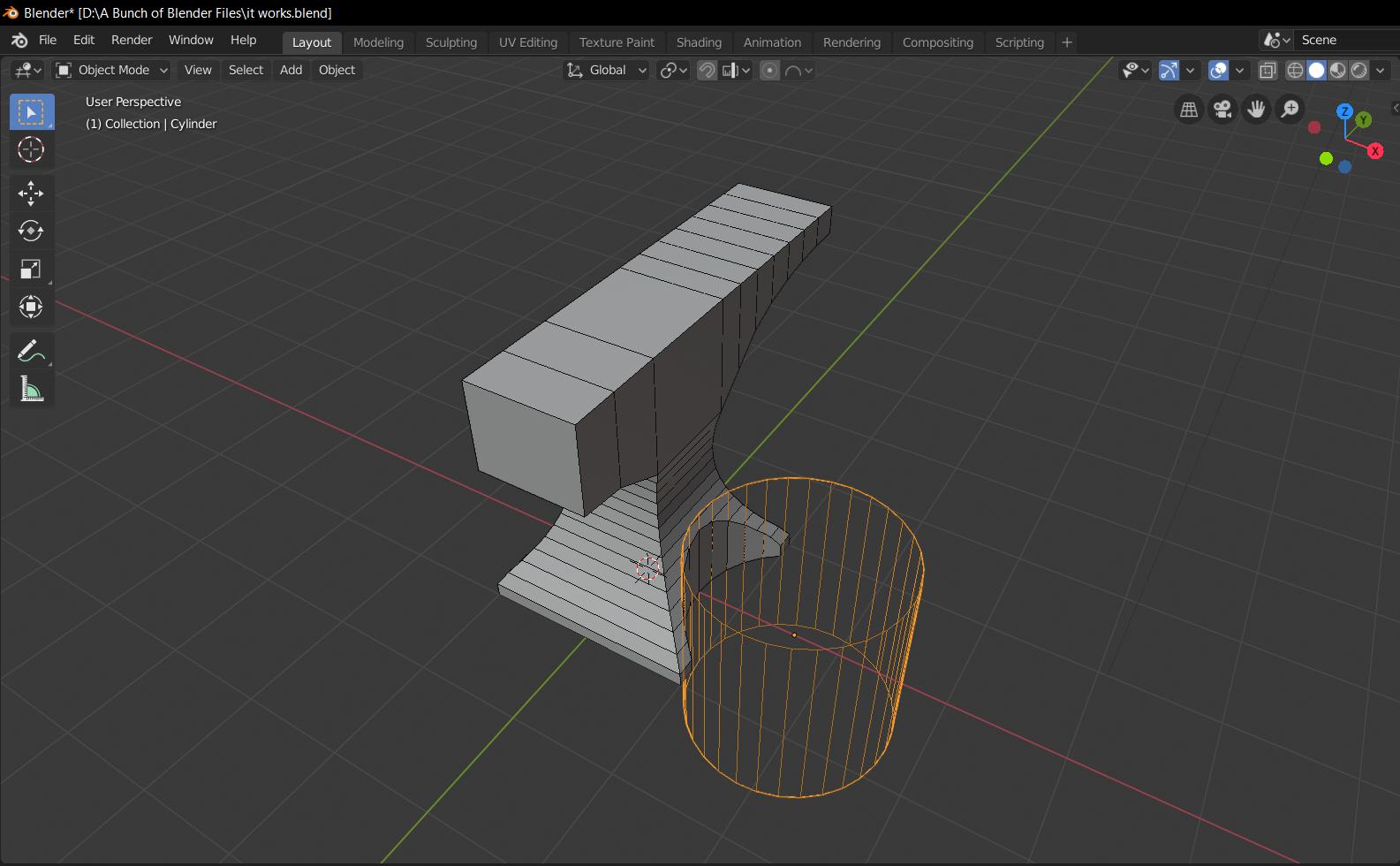 If I may ask then, what was wrong with my original .blend file that caused this error with the Boolean modifier?

EDIT: I have already tried recalculating/flipping the normals, it hasn't worked.

Following a comment on the same YouTube video of the tutorial, I removed doubles. (In Blender 2.80, it is now named "Merge by Distance, and can be found in Edit Mode, Mesh > Clean Up > Merge by Distance" 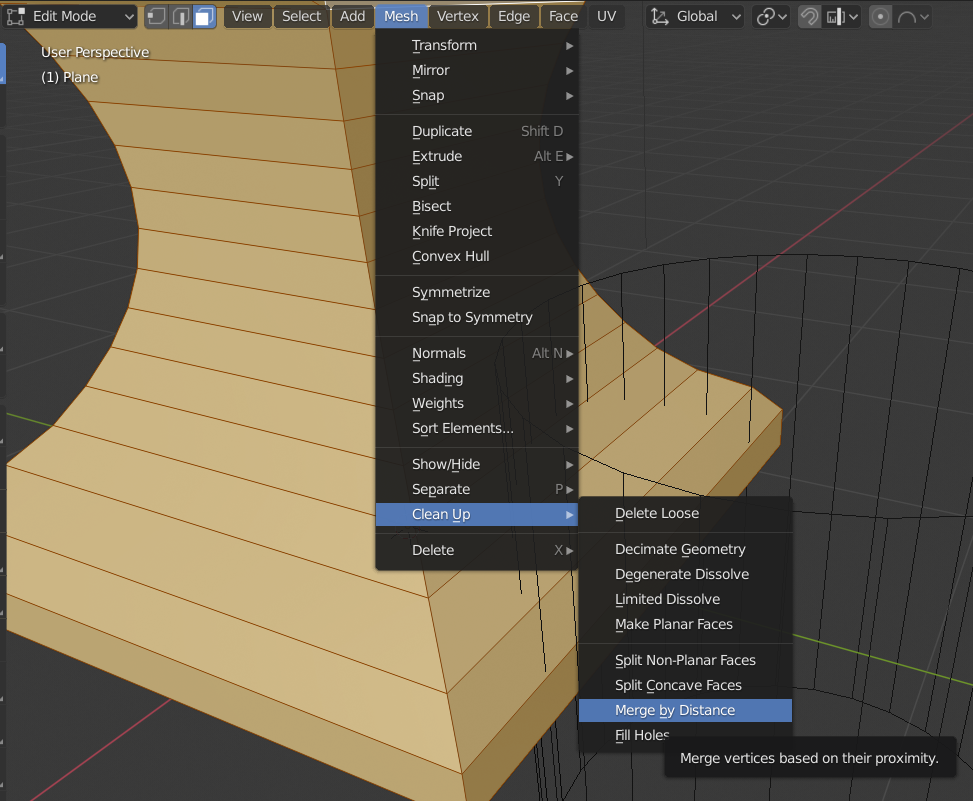 So I learned a thing. I apologize if I wasted anyone's time with this.

15
The Boolean modifier is not working
1
2.8 Having trouble with Boolean Modifier