How to get consistent lamp strengths in cycles?

This has bugged me for a while now.

Each lamp type seems to have it's own scale for brightness.
Here's a test scene of four lamp types. Each lamp is one BU with a strength of 100: 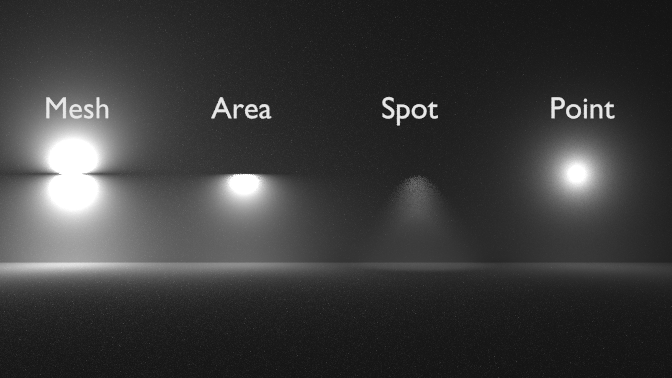 I'm not completely sure why the spot lamp is generally darker than the rest of them, and the point lamp slightly darker, but if you level the playing field a bit, they aren't all that different: 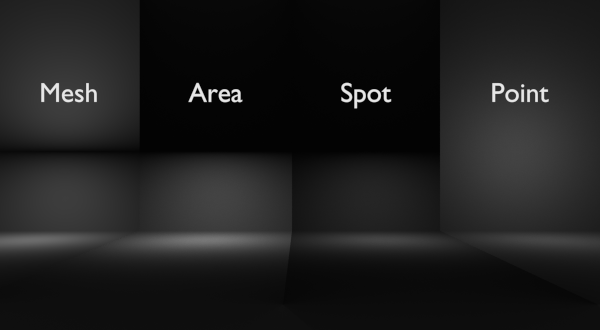 Now you can see that the mesh and area lamps are nearly identical, except for the area lamp being slightly brighter in the middle on the back wall.

The dimensions of the mesh light was an arbitrary guess, changing it will change the brightness since light is emitted from the surface of the mesh and more surface area means more light. This is different from the other lamps, where the size is purely to control the softness of the shadows and doesn't affect the brightness at all.

As I understand it the spot light is a controlled light within a cone, the camera doesn't "see" the light bulb that is the source of light so you don't get the bright circle at the source. This prevents the spot source being seen even if it is pointed at the camera.

Mesh lights work the opposite way and are based on mesh size, with the entire surface of the mesh emitting light, the bigger the mesh the bigger the source of light so more light is emitted throughout the scene.

I consider the built-in lights as an easy to use leftover from blender internal. The first version of cycles (2.61) had initial support for sun, point and area lights added just before release, with spot support added in 2.64, so I think they were mostly added as a convenience. The fact that their functionality is mostly opposite to mesh lights leaves no easy way to convert one to another.

I go with use built-in lights for BI and for cycles use mesh lights.

To better represent the point light a sphere mesh can be used. A proper spot light can be made with a sphere emitting from inside an open ended tube.

At size 0.0 all lights are concentrated to a point of light. 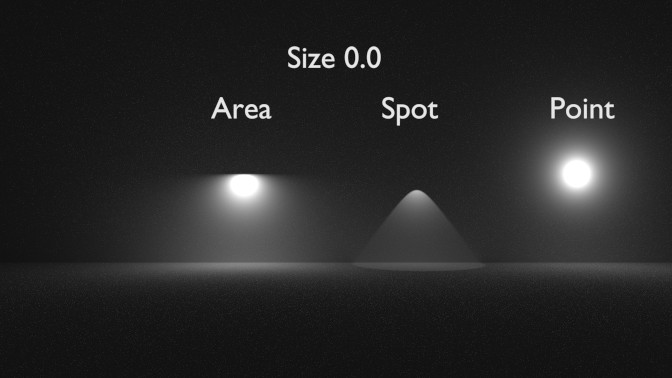 At size 5.0 the same amount of light is dispersed from a larger area and is almost invisible. Notice that the area light still emits a fair amount of light when it is large. It's entire surface is the source of light, while the others are just origin points. 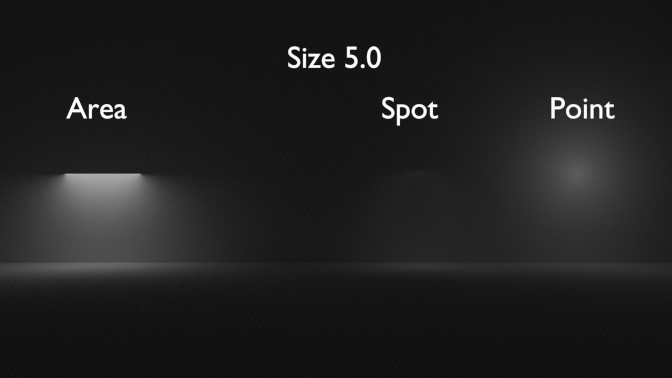 Scale the mesh object to 0.1 and get a tiny source of light, but at a scale of 5.0 you have an almost white scene. Applying the scale doesn't effect the amount of light emitted. 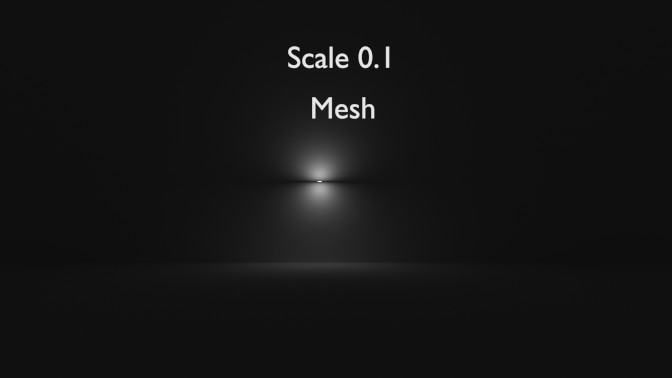 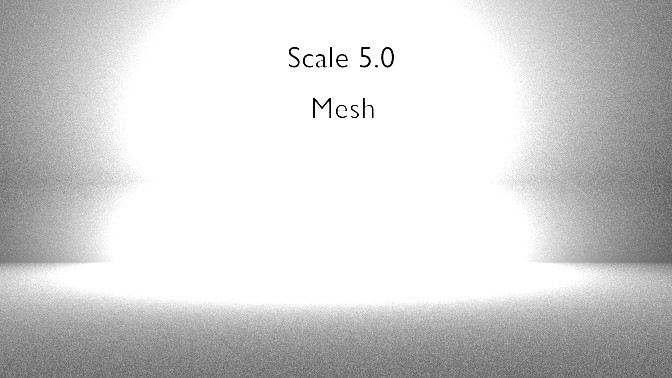 Not the answer you're looking for? Browse other questions tagged rendering cycles-render-engine light or ask your own question.

10
How to make lamp visible to camera in cycles?
7
How are cycles lamp types different?
4
Blender Cycles: Diffuse only lamp
4
How to make the sun lamp not the HDR cast shadow in Cycles?
20
Meaning of Sun Lamp Size?
2
Cycles emission behavior for colors at high strengths
0
How to get lamp object?
5
Blender 2.8: Where can I find light energy/intensity in Cycles?