See the model below. I first scanned it with a 3D scanner and then remodelled every part of it. I used the subdivision modifier a lot. Resulting in a smooth surface. Sometimes a surface is completely flat, like the top of the seat for instance. I used the subdiv modifier here to get a smooth curvature on the edges. 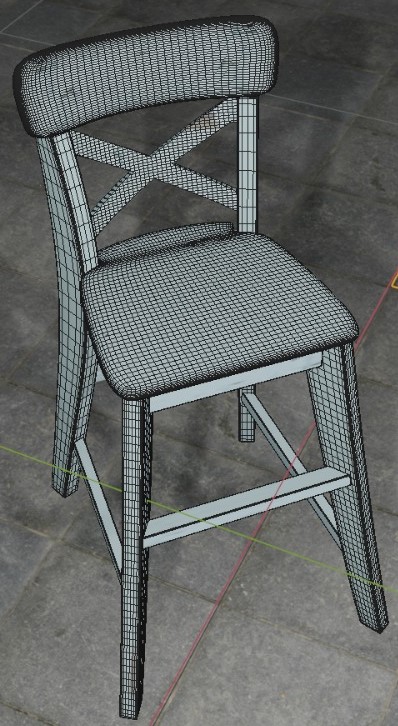 If you were taking a sub-d approach, I don't see anything in this particular model which requires tricky transitions from high-density to low-density mesh, especially if you can model separate parts as separate parts, which is the general rule, unless you need a manifold surface (for example, for printing).

You would be aiming for the lowest possible number of edge-loops to capture the curvature of the piece .. let's say, the seat-base...

..shown here with a) the model as made, as a cage over the subdivided surface, b) the cage conforming to the subdivision modifier, optimal display on, and c) the underlying subdivision, level 2.

So, if you chose to go that way, you would dissolve nearly all the edge-loops, keeping only those needed to capture the curvature and sharpen edges, assign a Subdivision Surface modifier, and apply it at the last possible moment, if at all.

If you were really pushed for your poly-count, completely flat areas isolated from the surrounding curvature can be N-gons. You could apply the subdivision, and dissolve all the edges in the flat area (maybe insetting the N-gon to protect the surrounding curves), and cut in just enough edges to get rid of smoothing artifacts resulting from triangulation. 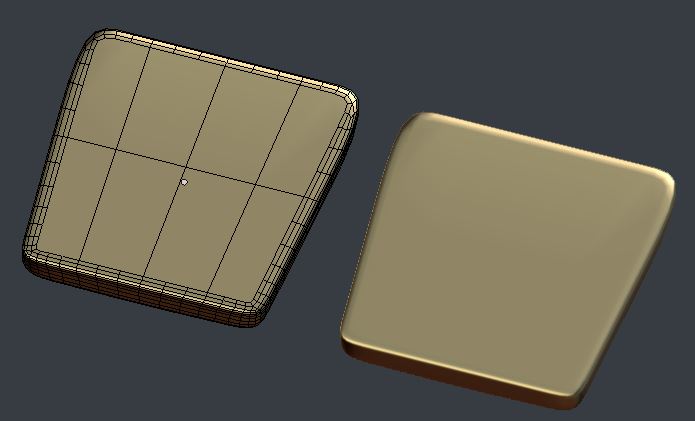 You can reduce the number of quads on a flat surface without generating Ngons with edges poles in red, by doing something like this (I don't know the name of that specific kind of retopology)

High poly is useful for boolean operations or deformation, to reduce the number of polygons, and keeping detail you can use for baking.

3
How to optimize old meshes?
0
How to smooth extremely dense mesh?
0
Smoothen, close and simply surface in very complex objects
1
What methods can be used to cut irregular shaped holes in flat beveled surfaces with clean topology?
2
How can i get a smooth rendered surface (without weird vertex lines)
1
modelling question regarding smooth curved and flat surfaces
5
What is the proper way to make this robot arm?
1
Boolean on curved face with smooth shader