Is it possible to project a 2D rendered image back to its 3D model?

I want to modify a 3D model in a particular way. Render images, modify these images (using a python program), and project these modifications back onto the texture. Is this possible or not?

If the context of the question is the following:

Then you can use the following method:

The base setup is the following: 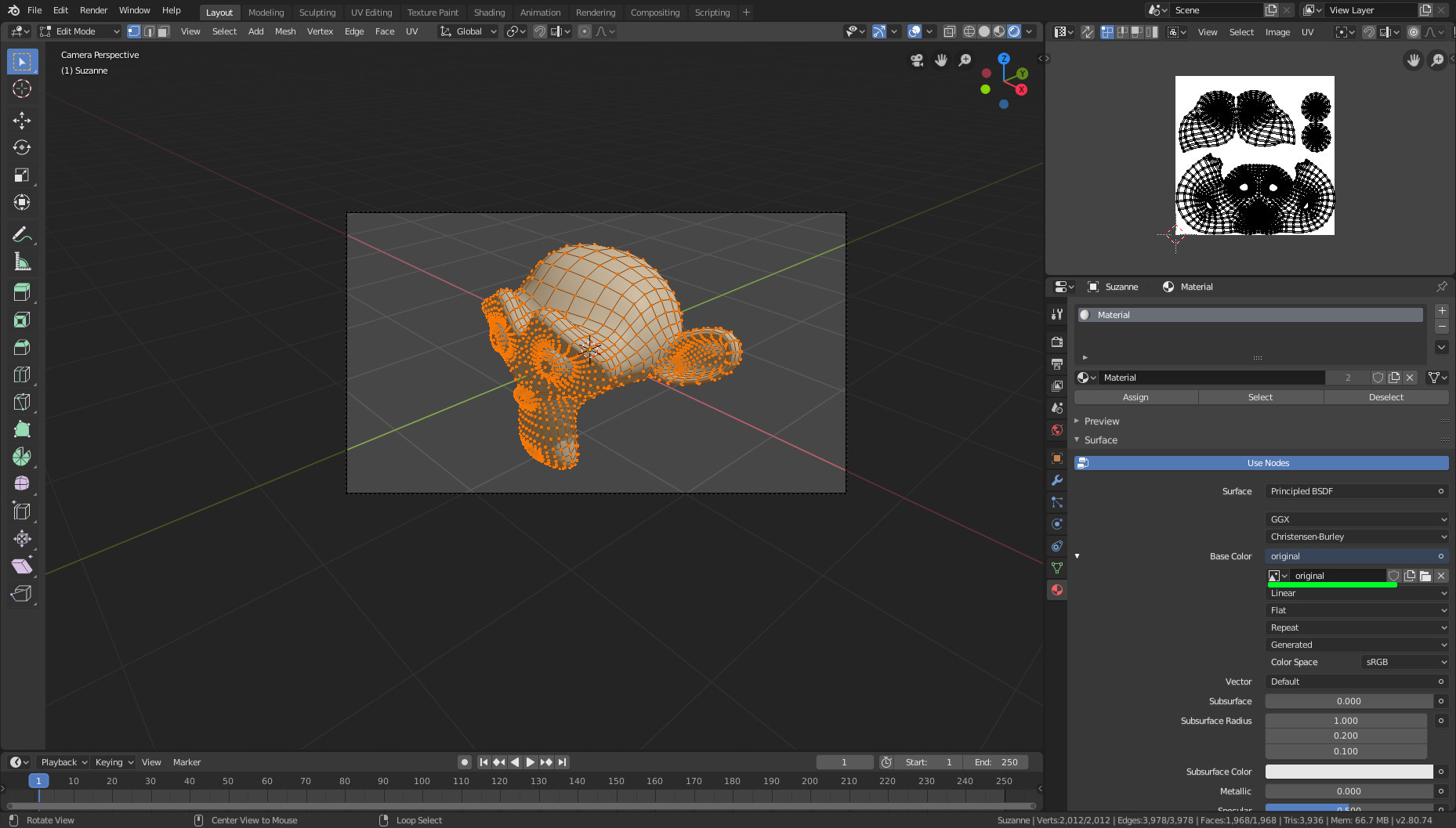 Render the image, so you have for instance this: 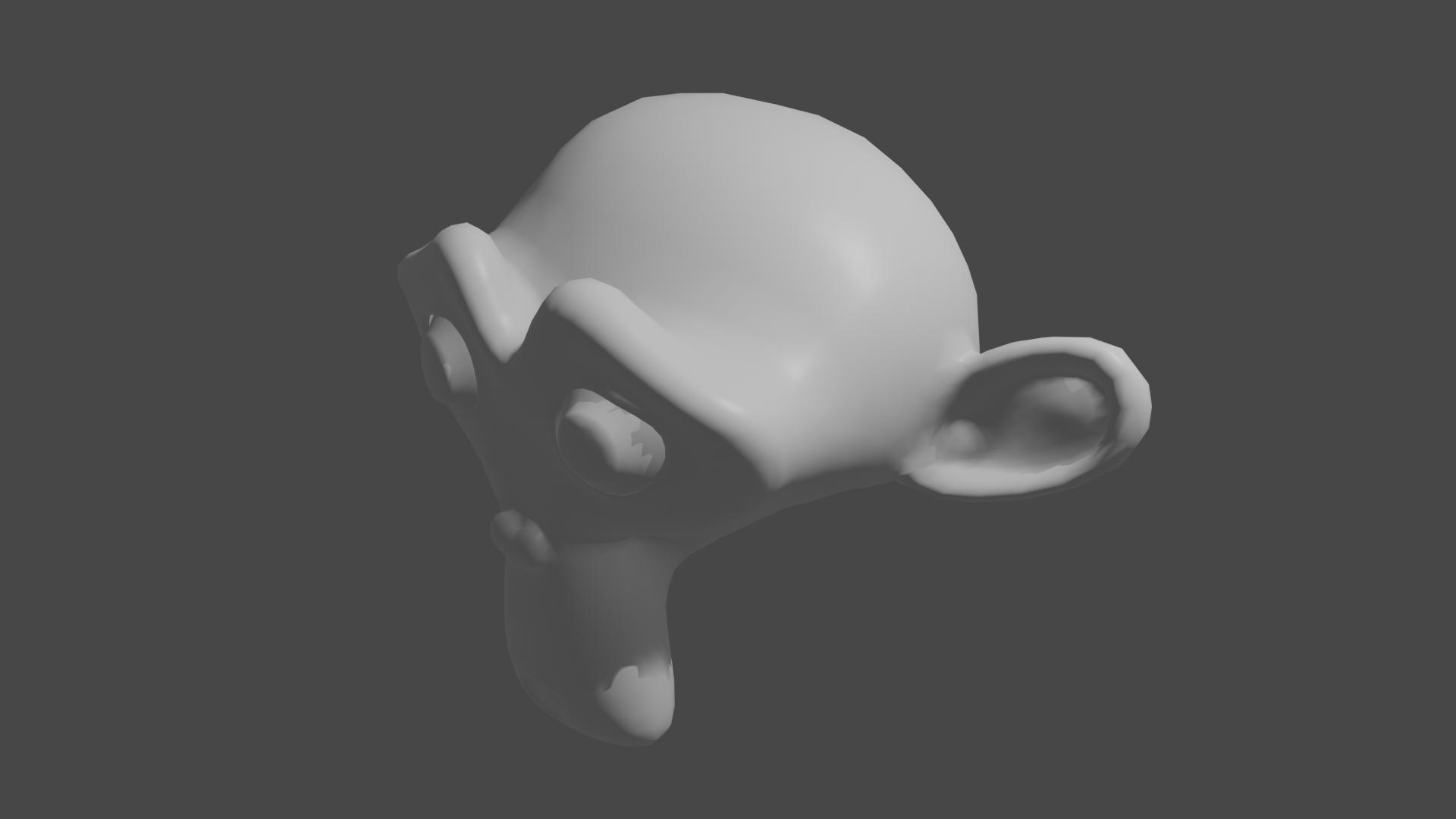 And modify it by the way you want. For instance I've this: 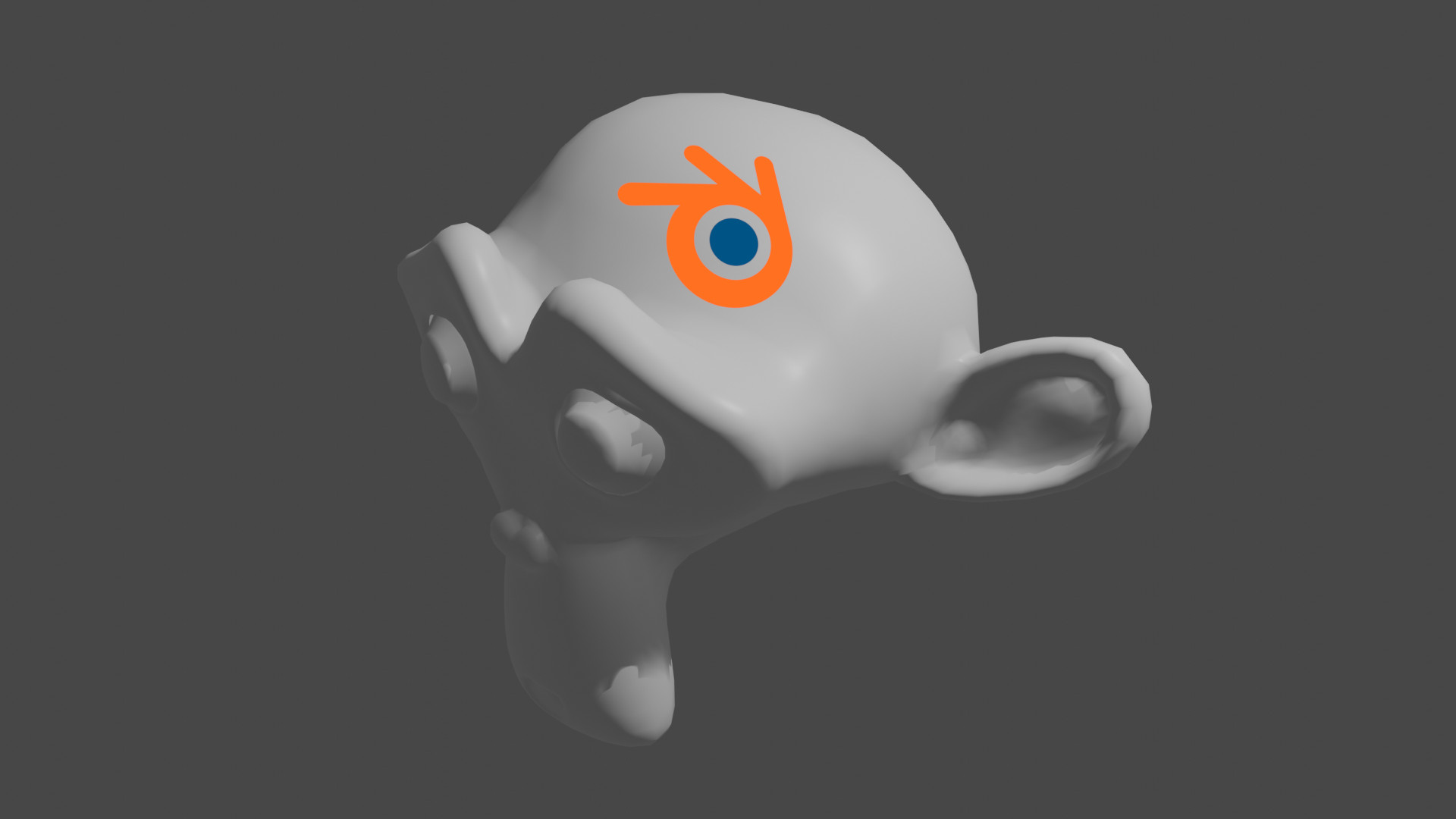 Import the modified image into Blender.

Create a second UV map for the 3D object and name it 'projection'.

Select the 3D object, go to the modifier panel and add a 'UV project' modifier, and in this panel: 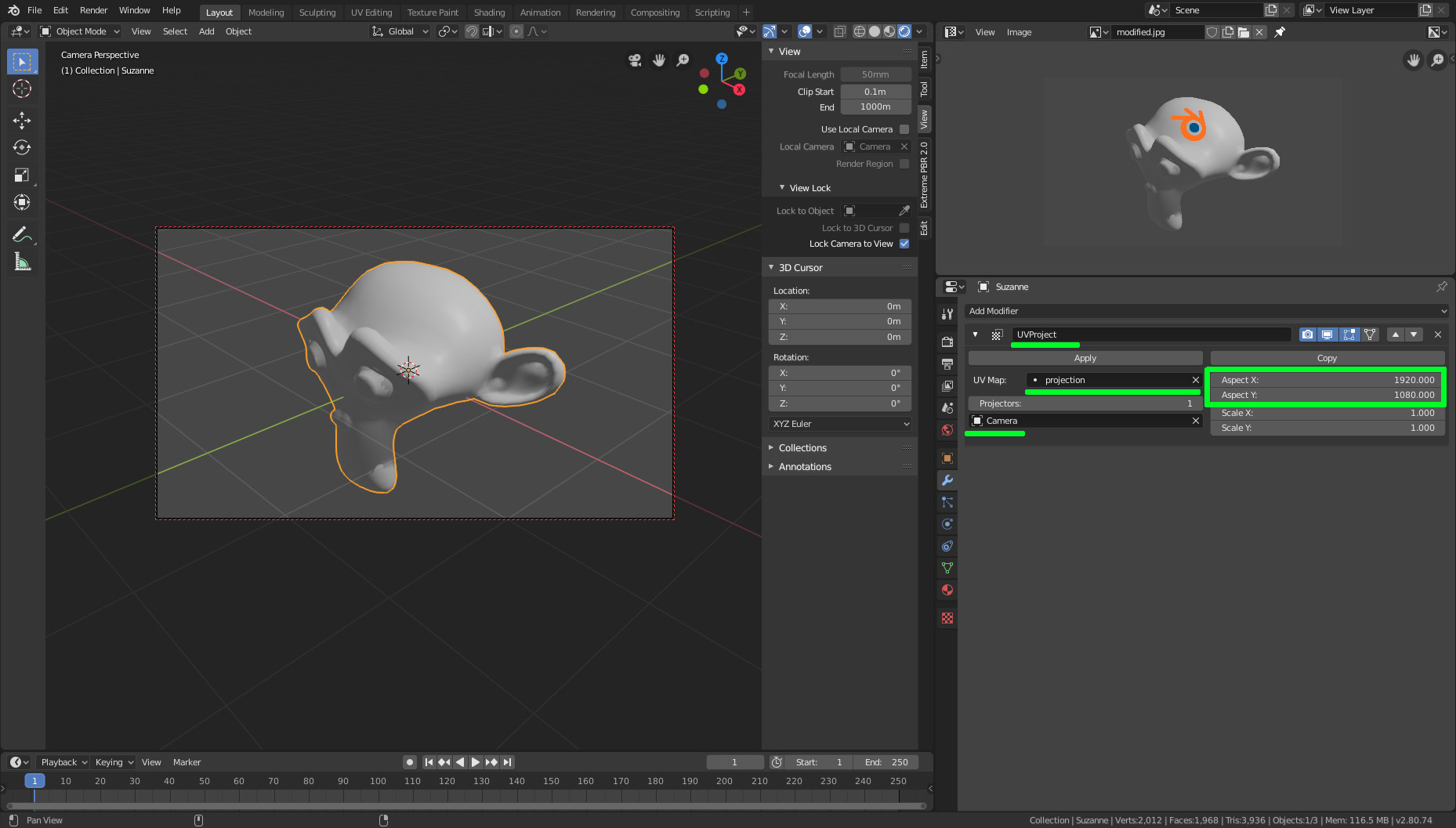 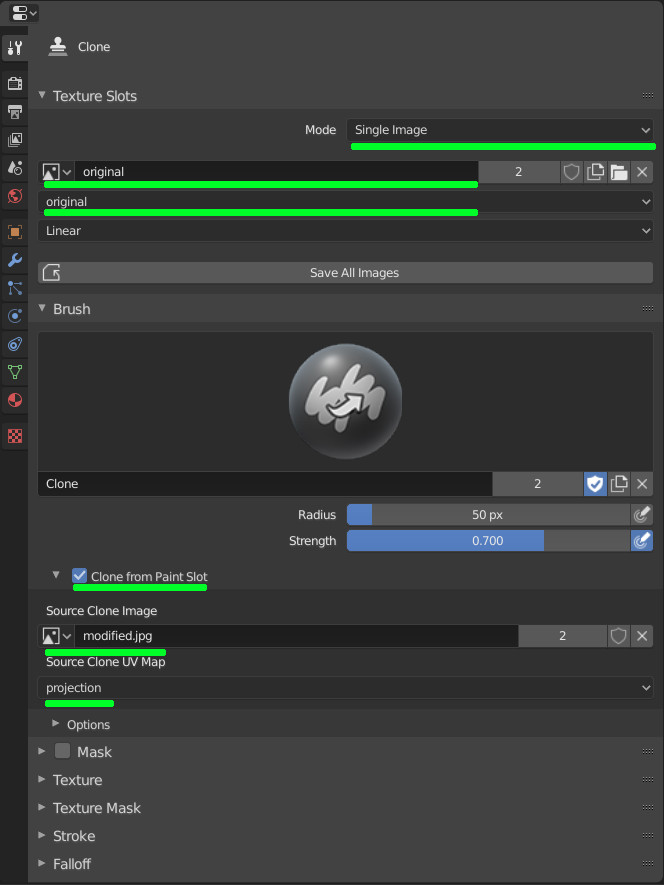 Now, in the 3D view, still in texture paint mode, you can draw to clone from your modified image onto the object original texture:

During this process you may want to avoid shader effects due to the shaders used when the image is originally rendered, because lights and shadows will get the rendered image altered from the object original texture. If so, you can set the object material like this, plugin directly the color input (here the original texture) to the material output node:

Not the answer you're looking for? Browse other questions tagged rendering texturing modifiers or ask your own question.

5
Image setting in UV Project Modifier
2
Putting the texture on the object / Displace Modifier
0
How to unwrap model so its perfectly proportioned?
0
is it possible to keep the texture attached to my project?
0
Noise in a particular region of the Rendered image
1
How do I simulate an image texture being spray painted onto a model
0
Shadow culling in shader for uv projected texture