I'm trying to build an addon that has multiple sub-modules located in the same folder as the __init__.py that pulls everything together. It's exactly the same set-up that's used by the delivered Add > Curve > Extra Objects addon.

Trying to diagnose the problem, I made a complete copy of the delivered add_curve_extra_objects addon to the same Dropbox folder where my addon resides. When run from there, even the Curve Extra Objects fails.

I tried adding the Dropbox development folder to the Blender preferences scripts folder, but it still fails.

The screen shot below shows me trying to execute the Add > Curve > Extra Objects from a VSCode session and the errors it produces.

How can I develop addons in a custom location and have Blender still be able to load the submodules? 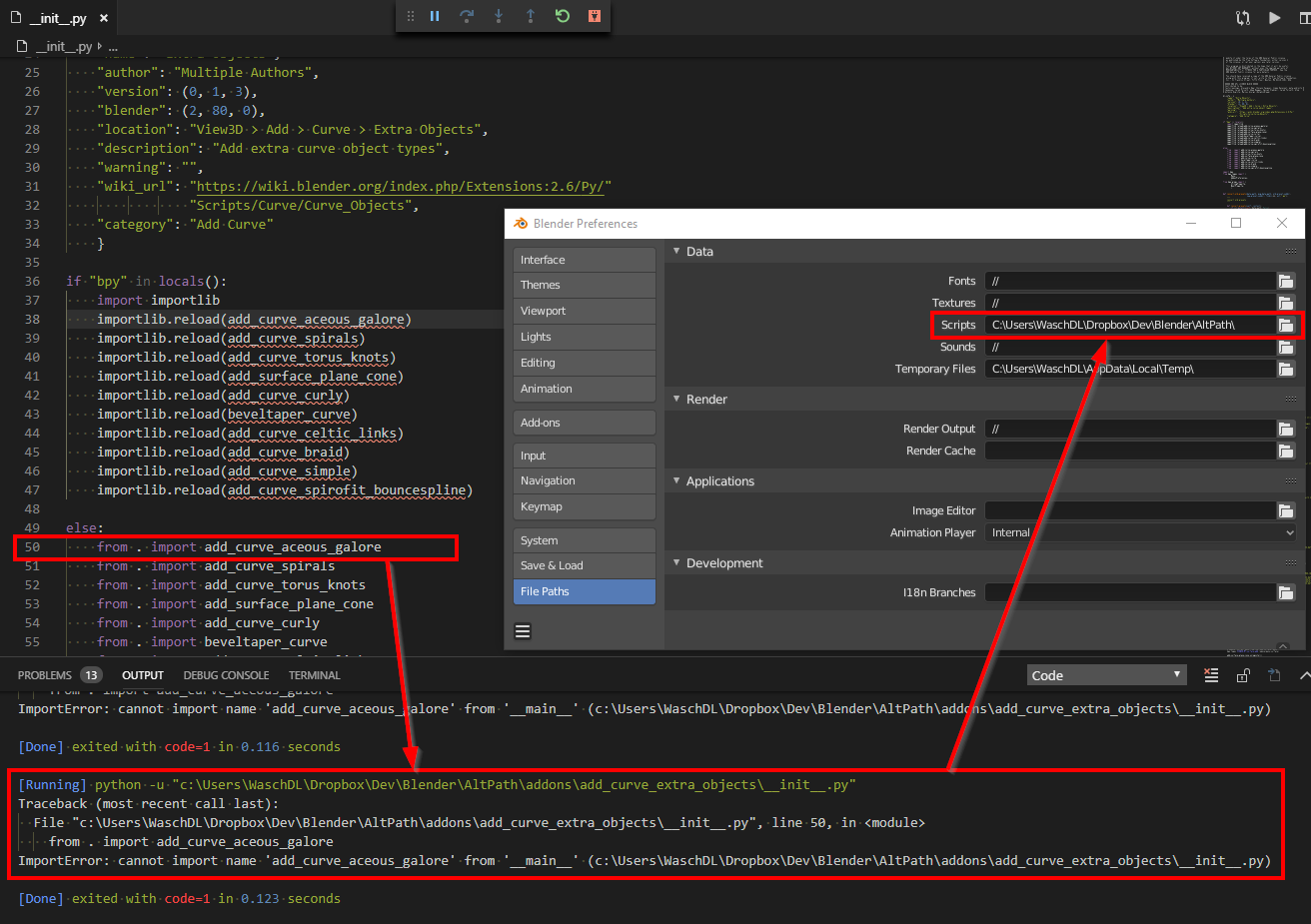 2
Difference between variable and property scope in a script
0
If “bpy” in locals(): evals to True on first run
0
My Blender is crashing after I installed an addon twice by accident. How can I fix it?
2
Creating Sapling Tree in the Python Console
0
how to install cutout animation tools
1
import socket error in addon
2
xml rpc server on blender