I make a terrain (ground + vegetation mesh) for an old game engine which needs all the geometry to be separated into chunks consisting of ~ 25k vertices max.

So far I use my "separate by radius" script which enters Edit mode, select faces in a given radius, separate using bpy.ops.mesh.separate(type='SELECTED') and continues until it is separated completely.

This is the original script:

While it does the job, it is EXTREMELY slow - the splitting often results into ~2000 objects and this take hours to separate using this method. I suspect the reason is that we are doing modifications of the original (large) mesh by the each single separation.

I have tried to find some alternative methods that would generate the chunks without modifying the original mesh, but as I am not a Python programmer, it started to be too complex for me.

I would appreciate so much if anyone can share some specific ideas how to enhance the script to get it work noticeably faster with the same output, the requirements are: 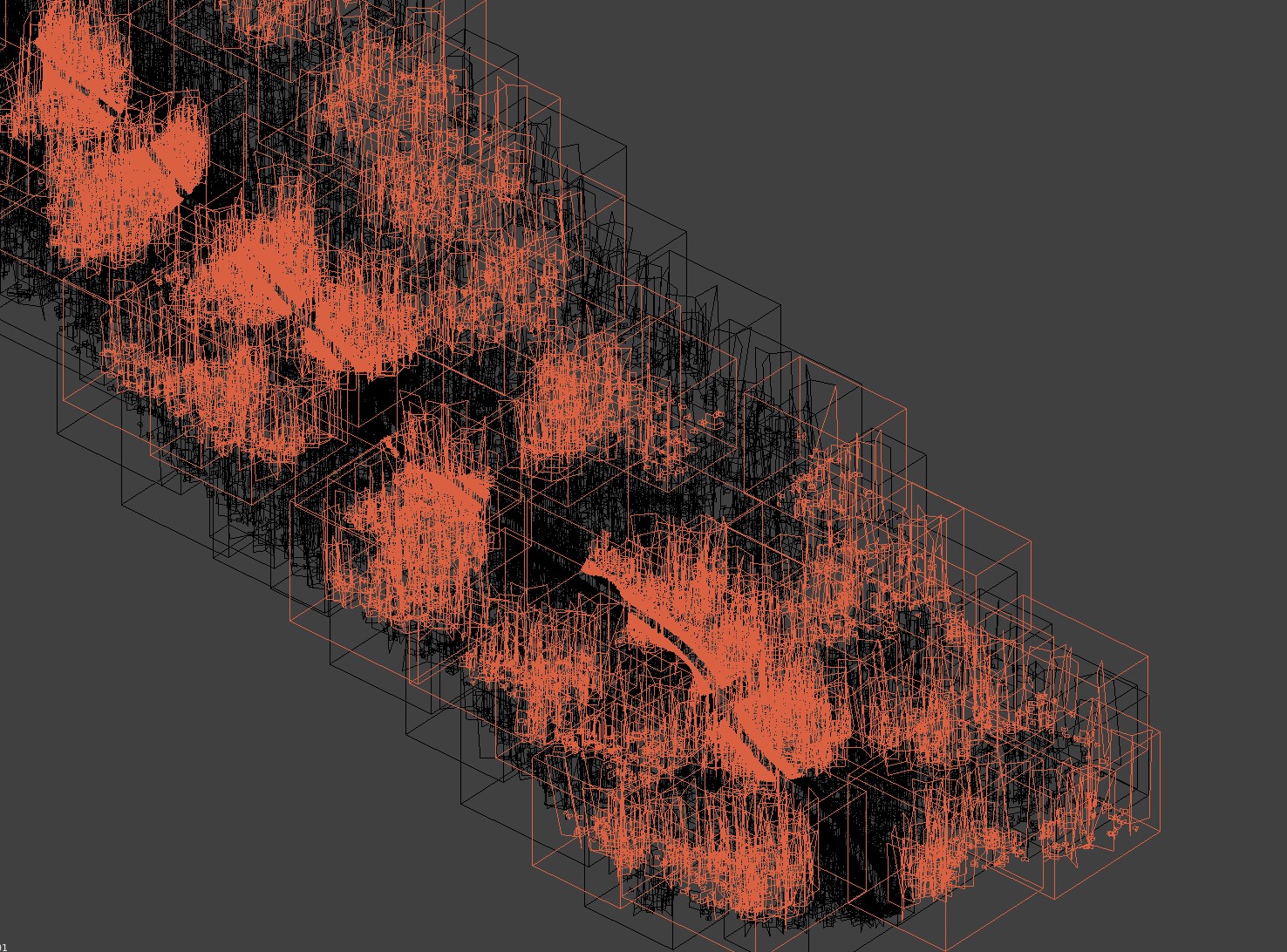 A .blend with the resulted mesh, just Join all the pieces to single mesh for the purpose of a script testing.

I think the main point for performance is to have smallest objects as soon as possible.

For that, the idea is to use a dichotomy: split the object in half, then each half in half, etc. So cutting an object is faster at each iteration.

The following code is doing it using the bounding box of the object. Boundings are in local coordinates in Blender.

So we get the boundings. Find the spatially largest axis then cut in half on it.

Once vertices are selected, we use 'select linked' to avoid the faces or edges to be cut.

The code is commented. So I think all is said about that.

You may prefer cutting differently. For instance defining a virtual cube surrounding the object, then cut it in half and use its part to cut the mesh.

The given code version does not included cutting along Z. It works, but is far longer when the wanted amount of vertices is low (10k for instance). The reason is we can only separate few faces at each iteration.

I'm also wondering why you need to start with such large mesh? Why the process does not allow to start from small parts instead this big one?

Here is the blend file with the script included:

Here is a version with no iteration limit and including the cut along Z.

But, practically cutting along Z won't work for small chunks (tested on 10k).

The reason is several parts of the mesh are tall and close to each other. So they can't be separated the way the algorithm works because select linked will nearly select them all and only few very small parts will be separated.

2
Slicing an object in 4 parts