How to pause the BGE and then resume

With the logic setup below I'm trying to pause the game, then on any key stroke resume where it was paused. Trouble is when the BGE is Paused it seemingly can't listen for any input.
click image for full size 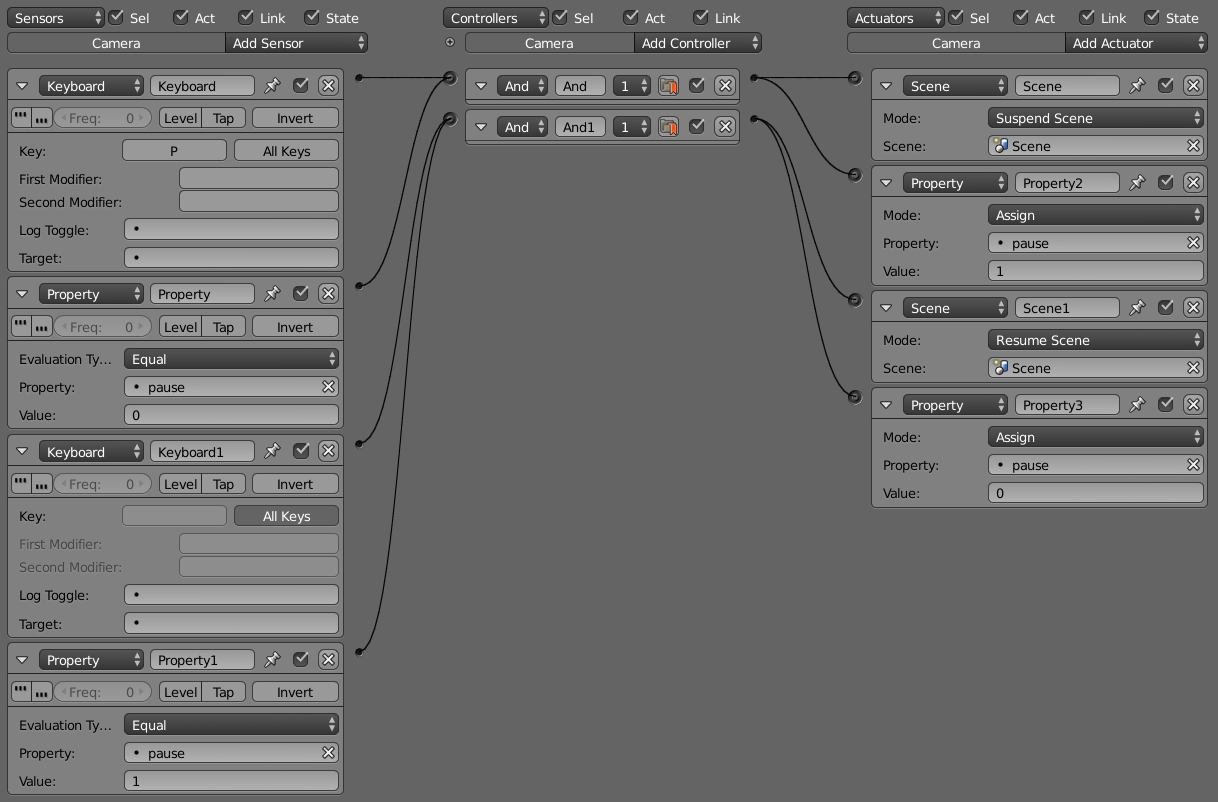 It does appear that a suspended scene does not respond to any events, which sounds right when you think about it.

If you have setup a scene as an overlay to display scores etc then you can just use one of these objects.

5
Capture a partial screenshot in the BGE
2
Keeping the animation running in a Python script triggered by Always sensor in bge?
3
MakeHuman models' teeth show through face in the BGE?
0
Animations not working in the BGE?
4
Is it possible to have a property sensor detect a value higher or lower than a specific number?
0
Vertex Coloring After Parenting in BGE
0
Replace material and texture with python in BGE
0
BGE how to move the inventory up and down with logic bricks
0
Wrong door behavior in an BGE game