Is it possible to use a video for image-based lighting?

When I discovered the use of HDRI to light a scene in Blender, I was blown away by the difference it made to my scenes. What I'd like to know is whether it is possible to use a video to light a scene in the same way. For example, if I had footage of a sunrise, could I use it to light my own scenes? I realise that the video would not have the same dynamic range, but it's the combination of light levels and colour that I would like to use to light a scene of a forest clearing. It's for an animated, projected backdrop for a theatrical play so the resulting video doesn't have to be be that photo-realistic.

I can't find anything in the Blender manual that would suggest it's possible, so I'm hoping somebody has found a way. Otherwise I'm going to have to come up with some way of making a realistic sunrise.

you can create a plane and give a material that has a emission shader and the color is plugged in to a image sequence.

Note: you might have to set the fourth drop down menu to movie, and make sure that you the the frames property on the image sequence. 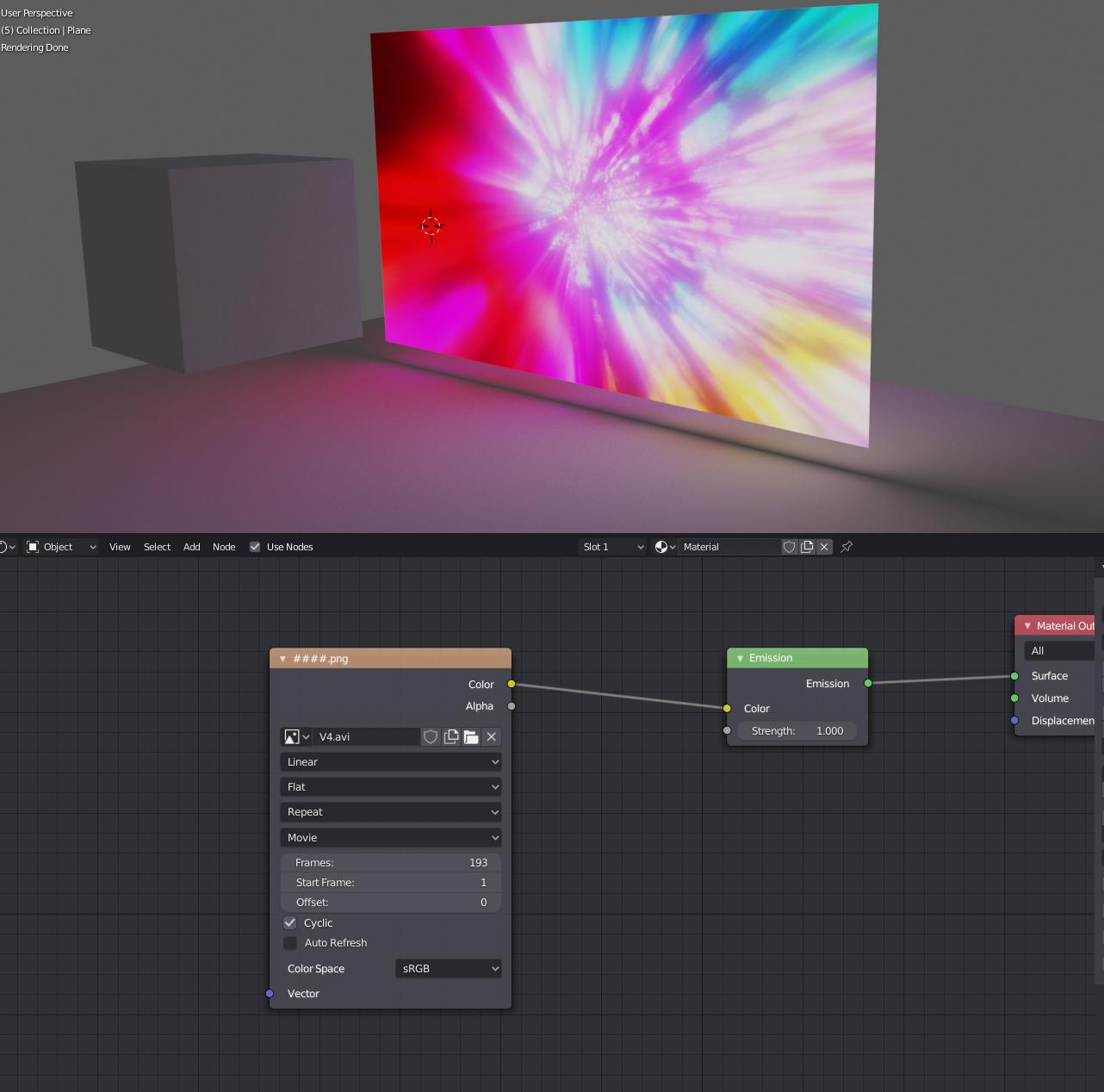 Not the answer you're looking for? Browse other questions tagged video lighting hdri or ask your own question.

2
Is it possible to reduce video light flicker with Bender?
1
Image-based plane light eliminates mesh light
1
What is causing splotching on rendered image?
2
Volumetric Caustics + HDRI Backdrop
1
Can I adjust automatically lighting / colour leveling for all frames?
4
Can I use an HDRI for reflections only, and not have its light affect the scene?
0
Can dynamic lighting on meshes be translated onto a video clip?