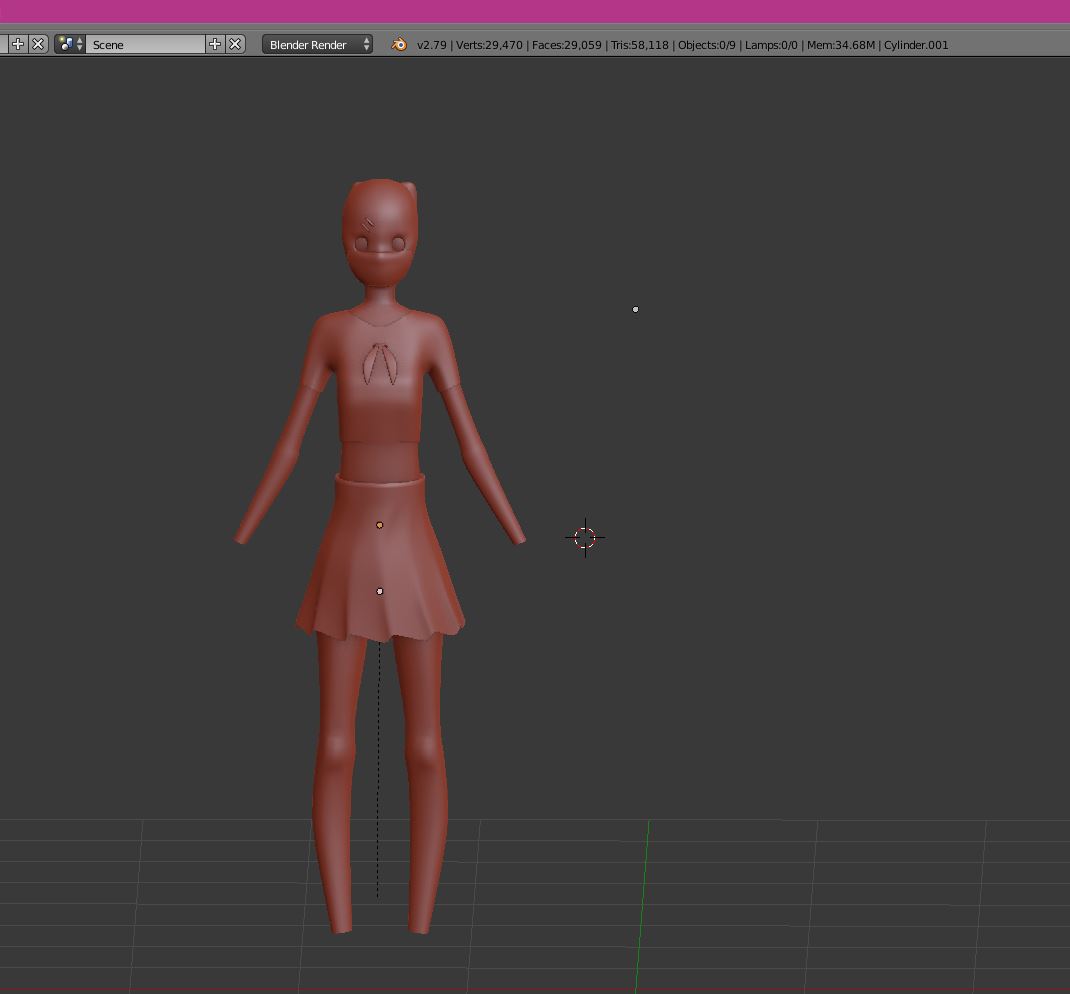 This is my game character it has 30,000 vertices with a subdivision surface modifier level of 2

I tried searching up average number of vertices and polygons, where sources say that most multiplayer games that run smoothly require at most 10,000 vertices for characters

Any suggestions it would greatly help

In general you'd want to retopo and create a low poly game model. That is for two reasons: