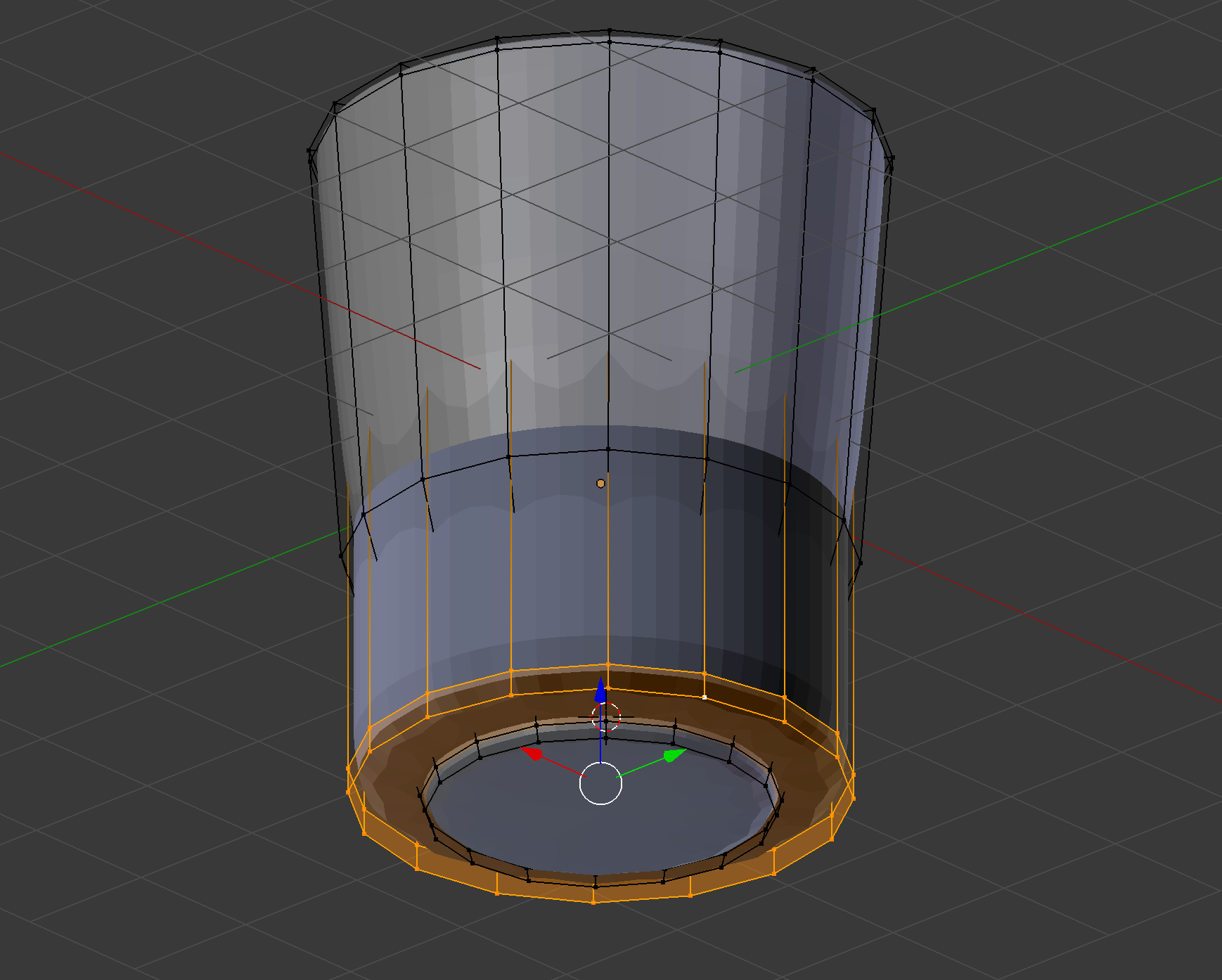 After selecting the orange part (alt+ctrl) and I try to scale it (s). But then the very bottom of the cup becomes deformed.. 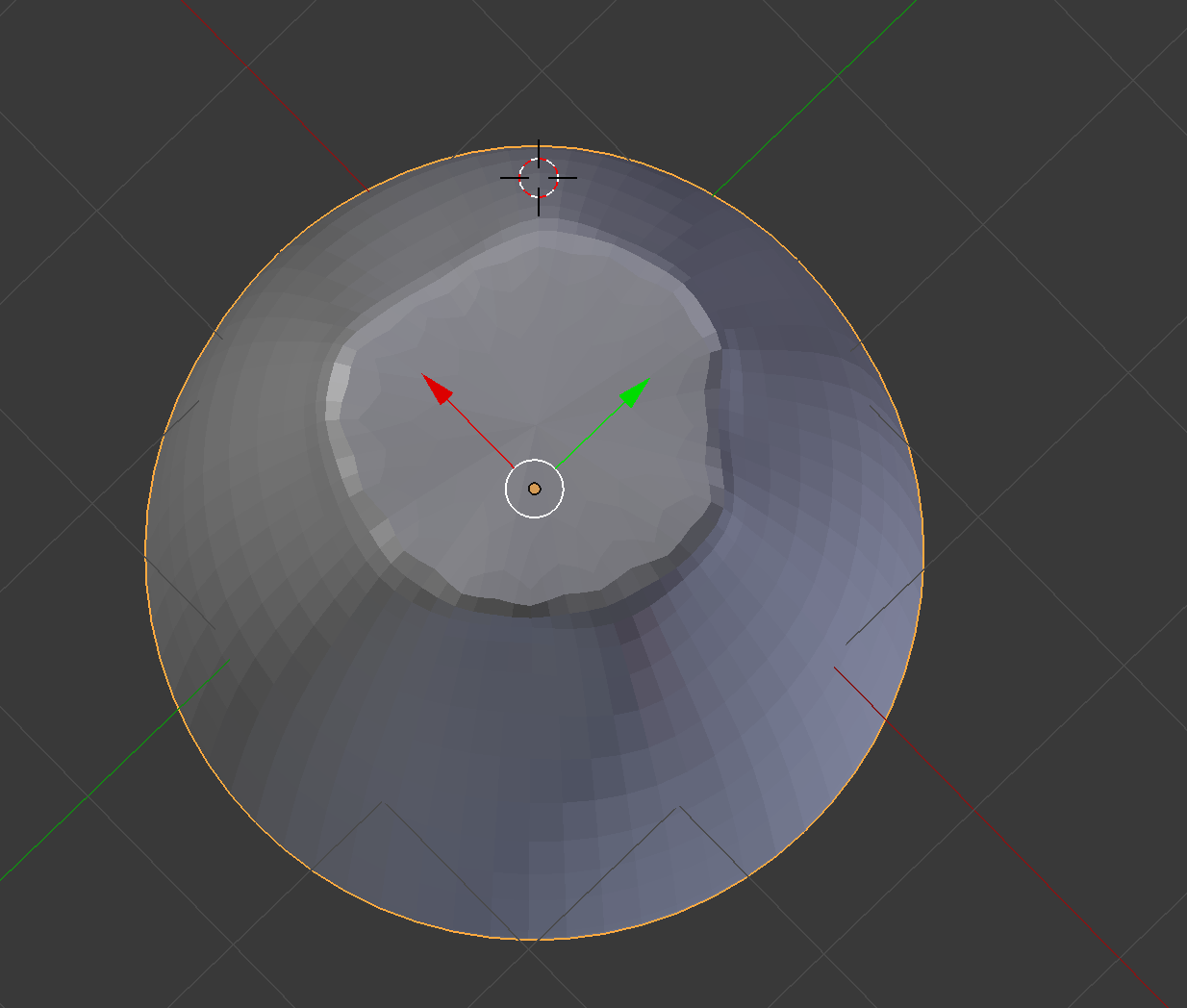 I am trying to figure out what I did wrong here. How do we scale it without deforming the bottom of the cup?

I'm guessing you're making the the cup after making the donut. When you did the icing (frosting) on the donut, you will have set the Proportional Editing Falloff to Random to create that uneven edge of the icing running down the side of the donut.

As I recall, I made the same mistake, because Andrew (Blender Guru) omits to tell you to switch off proportional editing (probably because it's a series of videos that he made at different times). So before scaling the cup, make sure that Proportional Editing is switched to Disable.

5
What is causing pinching artifacts in this mesh?
3
beveling 2D cutout shapes not working as expected
1
Why can't I scale/rotate/translate properly and what is that orange line?
4
Blender Guru Tutorial - Part 5 - Coffee Cup
2
How do I move only selected meshes?
2
Distortion in the whole mesh when applying scaling to a part
0
Scaling Question On Blender 2.79b
6
Cones on a pointing out from a cylinder
0
Moving object warps it