Cap a beveled curve with a half-circle

I have a curve beveled with a rectangle. I want to cap this curve with a half-circle as shown on the right. The capped curve should be a single object (even if the curve must be converted to a mesh).

Note: to achieve the capped curve in the example, I cut a cylinder in half and manually rotated it until it somewhat matched the angle of the curve's termination point. Obviously, this solution is far from ideal. Thanks. 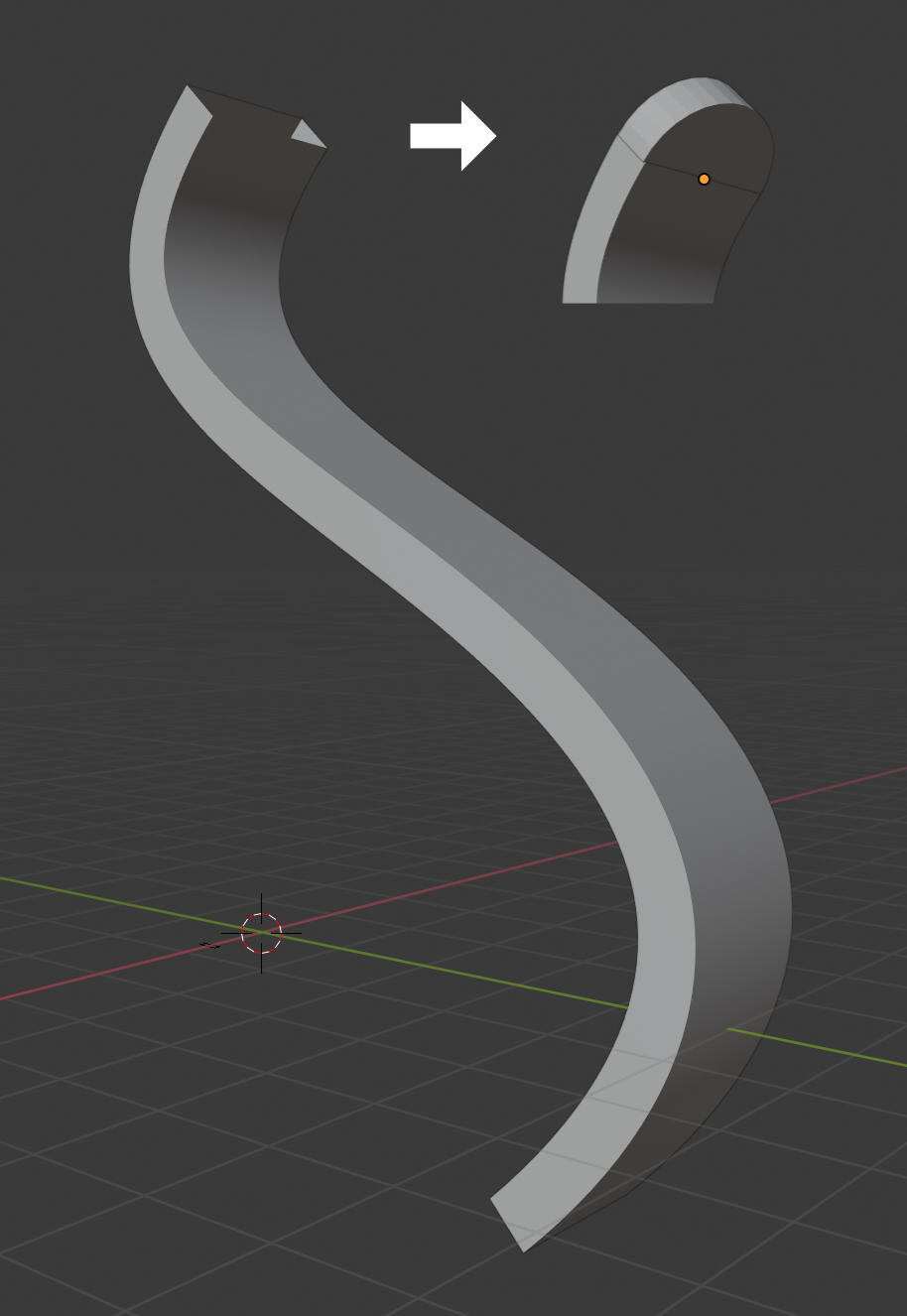 You can do this with an array modifier and a curve modifier.

How to avoid objects intersecting eachother

Make 2 pieces, a straight section and the end one, and a curve to control the way the array curves and twists. 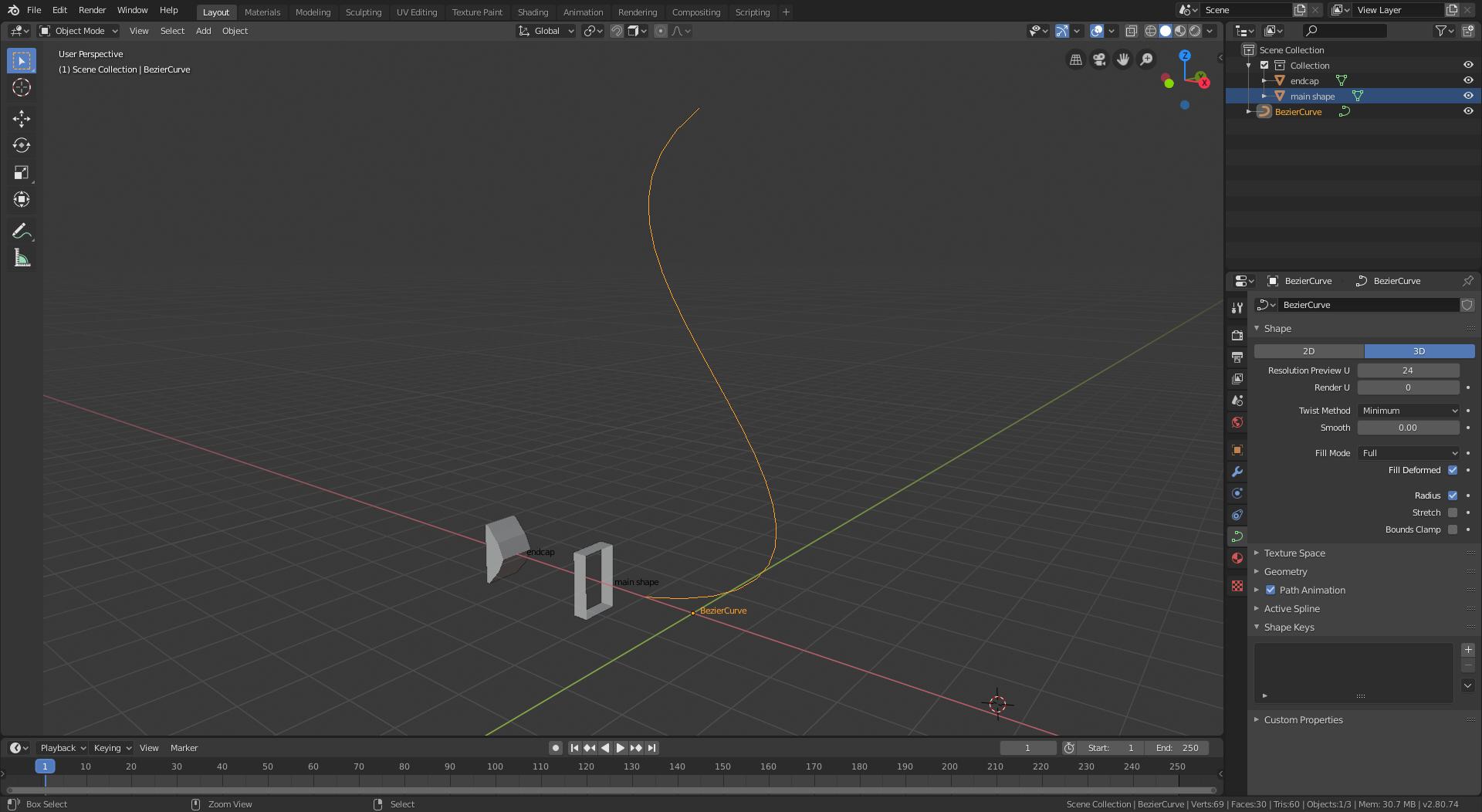 Move the main piece so that the object and the curve have their origins on the same spot. 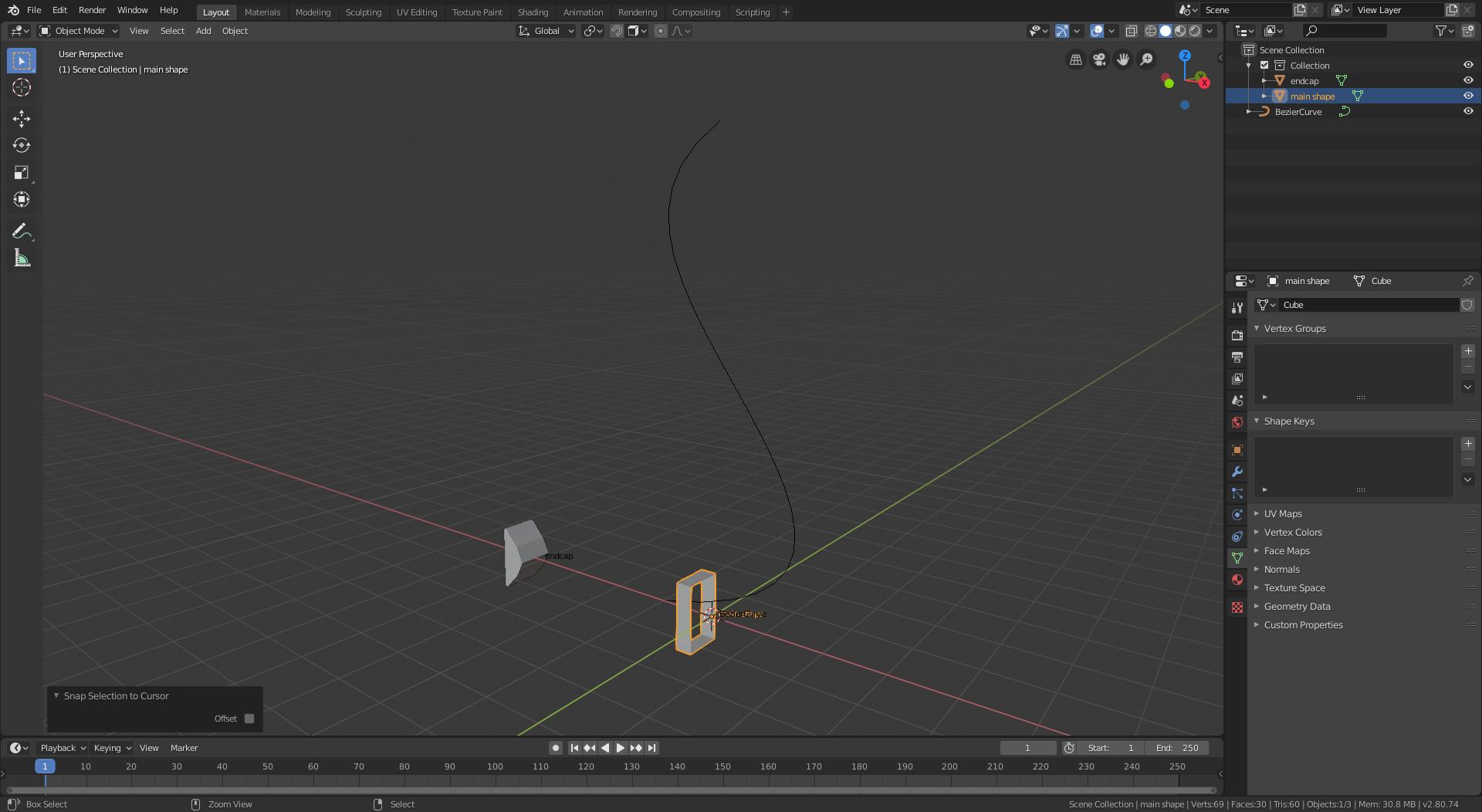 Use an array modifier, set it to use the curve. 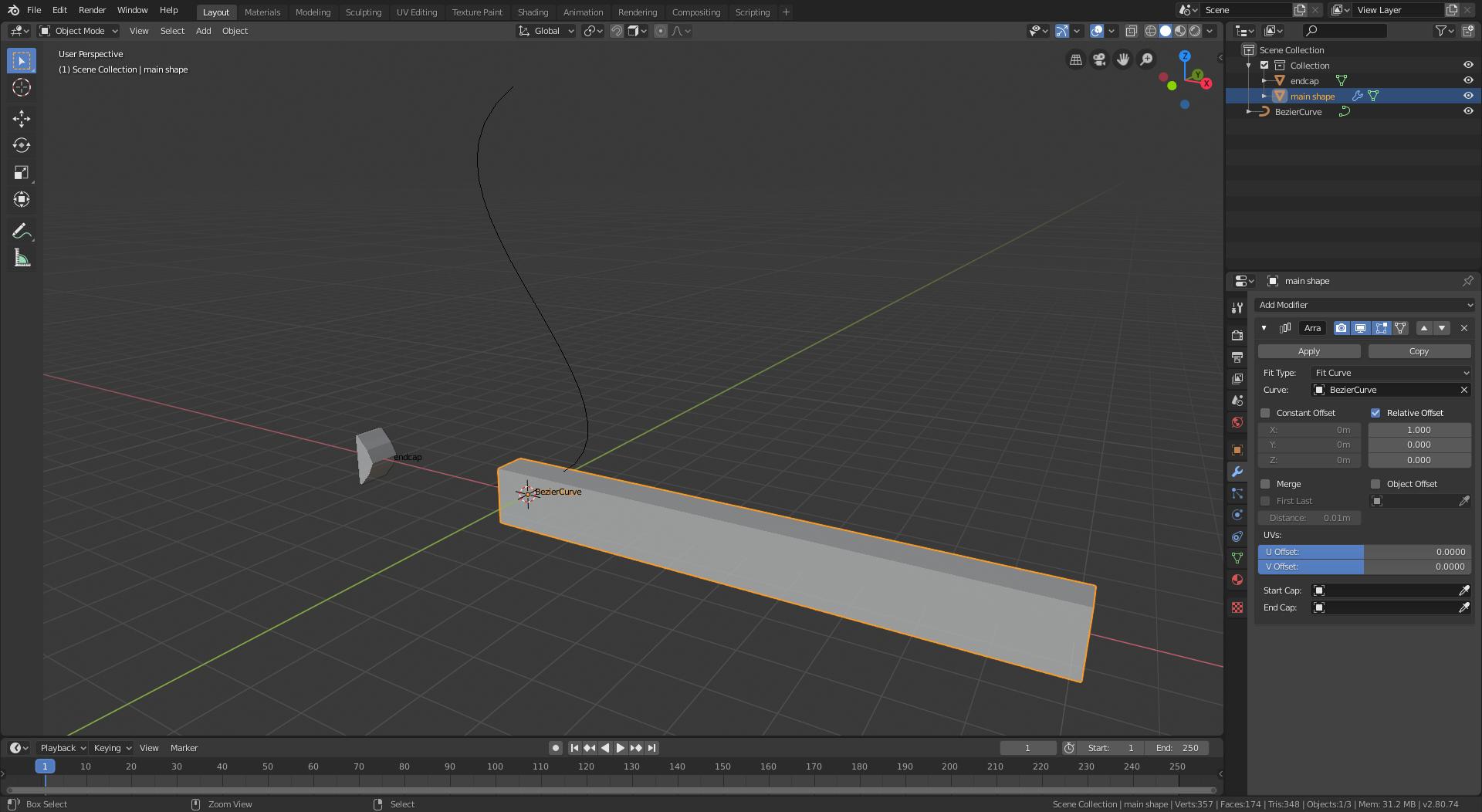 Then add a curve modifier, so that the array follows the curve.

In the array modifier you can set Start and End caps. Set the end to use the endcap object. 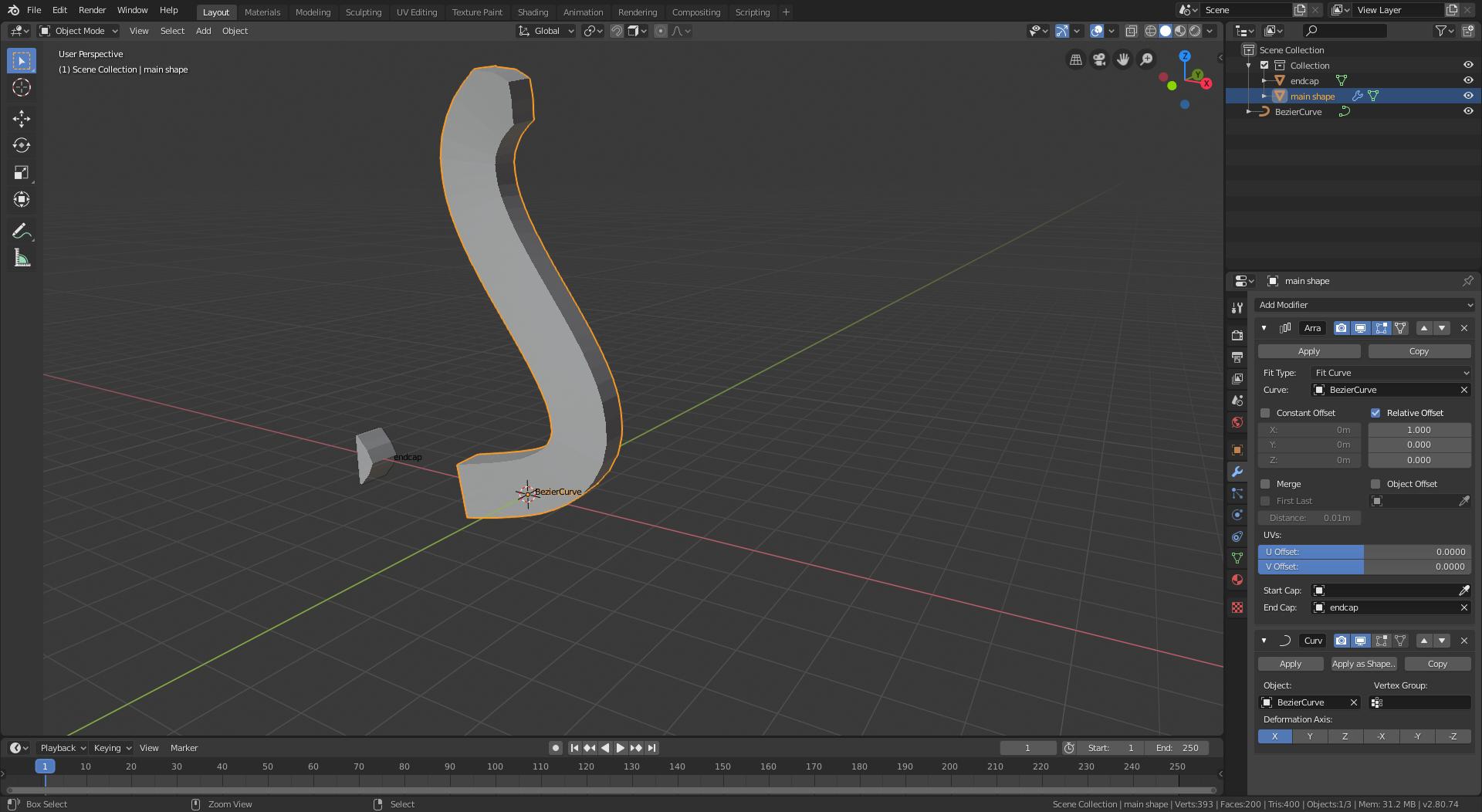 Not the answer you're looking for? Browse other questions tagged modeling curves or ask your own question.

8
How do I add a non-deformed end cap to a tube?
1
How to avoid objects intersecting eachother