I am trying to create an animation where torus's emanate from a centre at regular intervals (like the RKO Pictures radio wave animation). This means creating new instances over time. I have managed to create expanding instances of a bezier curve, which is sort of the effect, but not really. 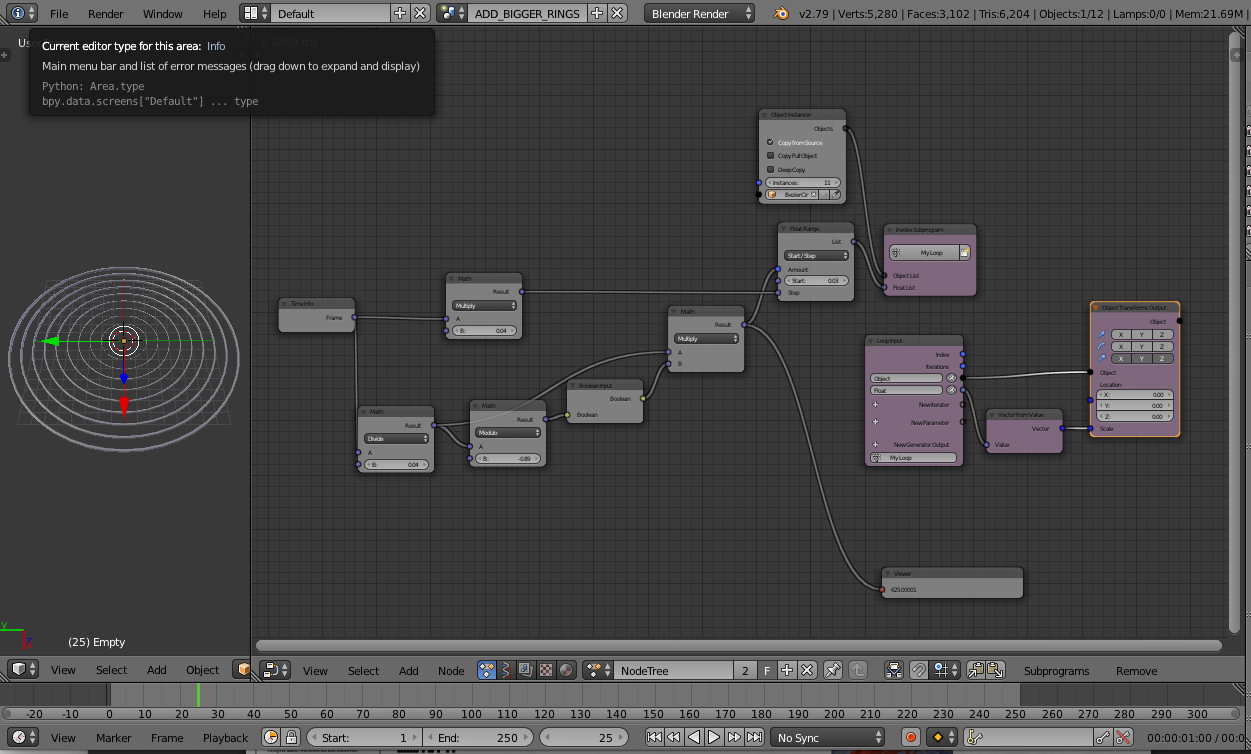 What I am looking to do is loop the expansion of a master circle over time. Any ideas would be very helpful.

The wave/scale effect is controlled by the scale of an empty (simply animate it the way you want).

The node setting is in two parts:

Get empty scale and generate a set of scales from it. Duplicates the model (a curve). Put the result in the resulting curve.

The scale is limited between 1 and 5 in this setup but you can change it as you want.

The loop is done over the precalculated scales (above). For each scale duplicates the input vertices and scale them. The result is merged (reassign to the output). 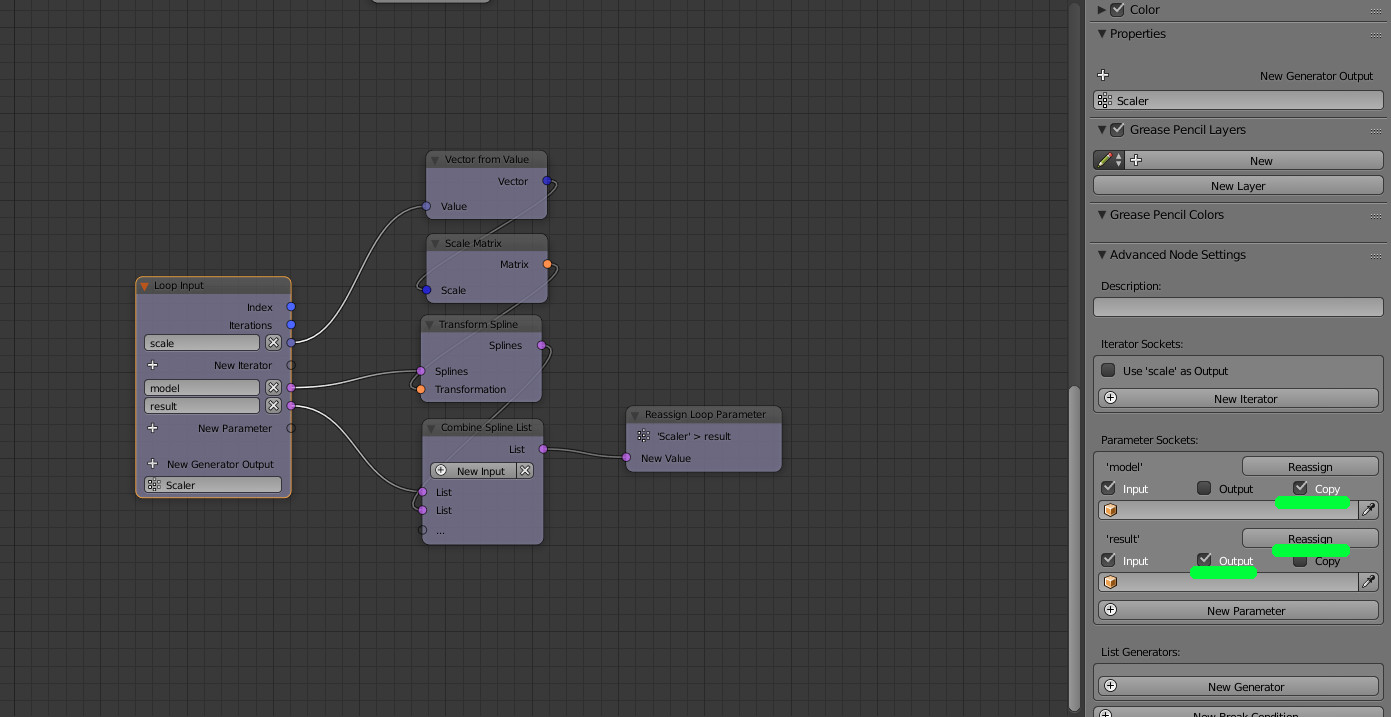 The result is cumulated in a "reassign" node which is also set as output. The model input is set as copy as we want a new circle at each iteration.

The floor division of the scale of the master circle with some parameter controlling the density of the circles gives you the amount of the circles. You can use this amount in a Float Range node to get a list of scales for your circles, you can then use to do the replication: 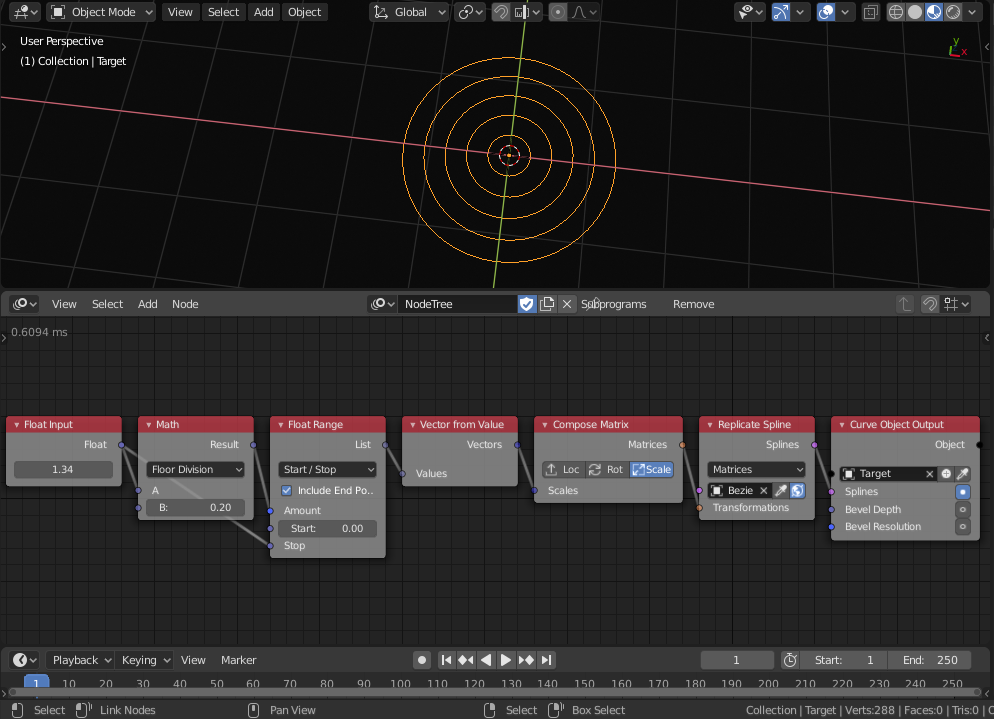 Alternatively, you can use a start-end sequence to make the circles appear in the center: 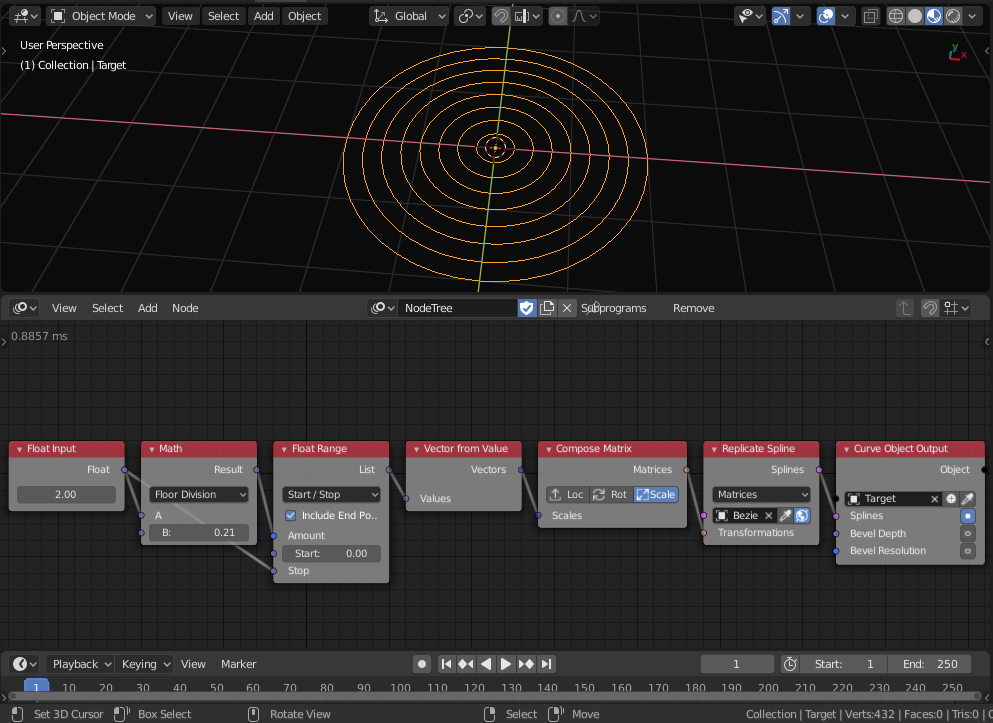 Not the answer you're looking for? Browse other questions tagged animation-nodes loop or ask your own question.