Emitter not rendering, but particles are. Not restricted, and emitter option ticked in particle system

Working in 2.79, I'm attempting to work on a grassy field, may extend to a larger background piece later, but currently I hit a wall in production. After many troubles texturing my particle system, I gave everything a material and rendered, but no matter what I do, my plane doesn't render, just the particles.

I've even attempted duplicating the plane and removing the particle system from the duplicate to just have it sitting beneath it, but that doesn't work.

I've changed materials to one I know isn't transparent, so it isn't a problem with the material, and I can't, for the life of me, find anything in object, material, or render options that can fix it.

Edit: I started with a simple plane and subdivided, fractal'd, etc. to get the shape I wanted. I went through making four different sets of grass clumps for my particle system and set it to pick randomly from that set, and gave it a cloud texture for good dispersal of the particles.

My settings, limited to relevance, are attached in images, if all works correctly... 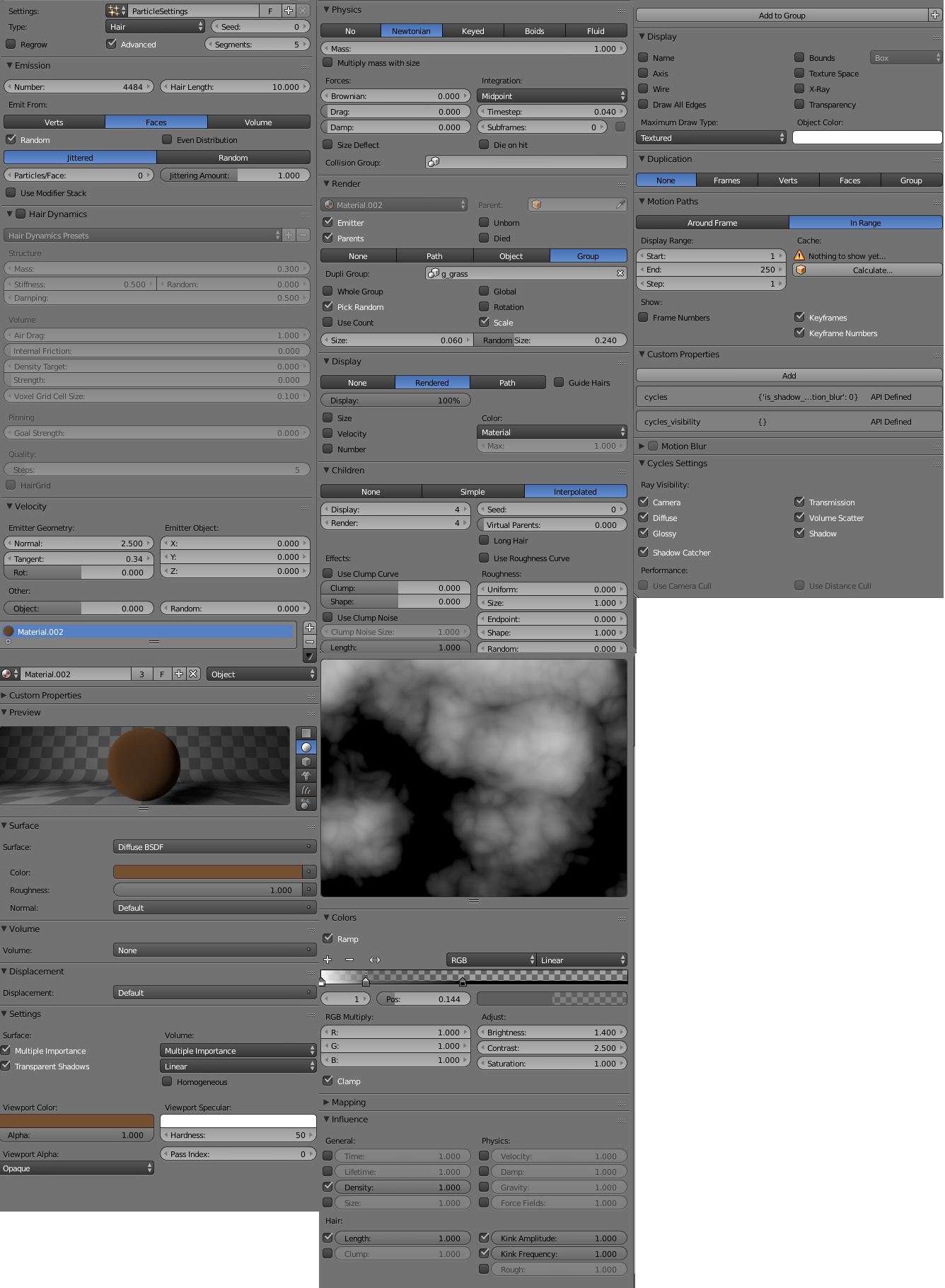 Despite this, below is an attached image depicting what I get in render. Notice my brown material for the plane doesn't show up. I made the background transparent in order to make it clear that my plane just... isn't there. 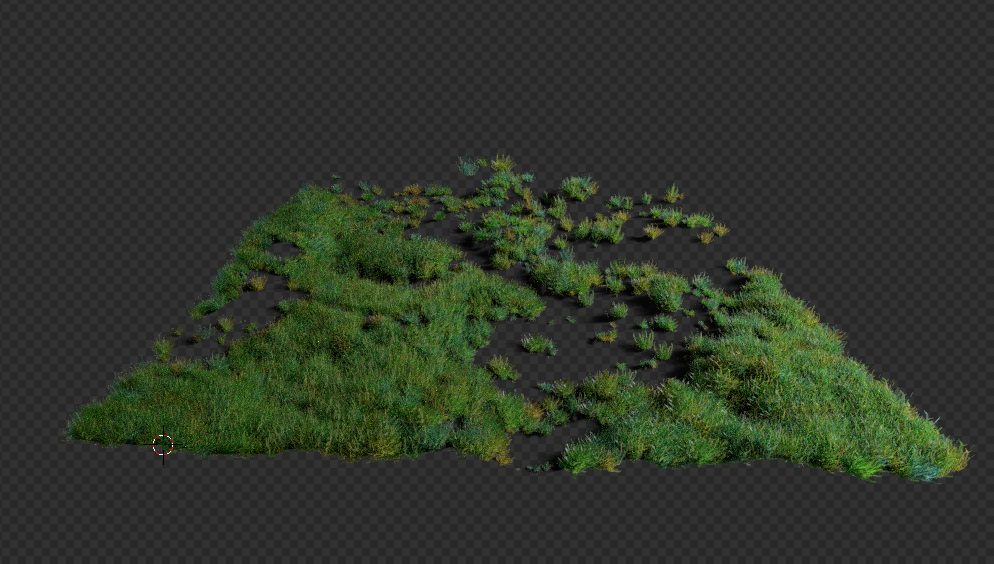 I just found that it was not related to particles but a completely different setting. The Shadow Catcher option that was turned on on the plane, and that was what caused it.

1
Particle emitter is still visible when rendered even when "Emitter" option is already disabled
1
Particle's material color only changes in Material View mode, and not when rendered
2
Particle system not rendering, emitter rendering see-through
1
Rendering a scene with shaderless objects results in a completely black image
1
Fire Animation from Particle System Does Not Render
1
Inverting Particle Textuies