How to not render unnecessary tiles? [duplicate]

Ask Question
Asked 9 months ago
Active 9 months ago
Viewed 256 times
2
$\begingroup$
This question already has answers here:
Is there a way to have Cycles skip rendering alpha? (2 answers)
Closed 10 months ago.

When rendering an image in cycles render, I find that lots of the time is spend rendering completely blank tiles, especially when I have high samples. Is there any way for blender to know when a tile does not have anything in it and skip rendering it? If not is there any add on that can help with this? Thank you for all your help. 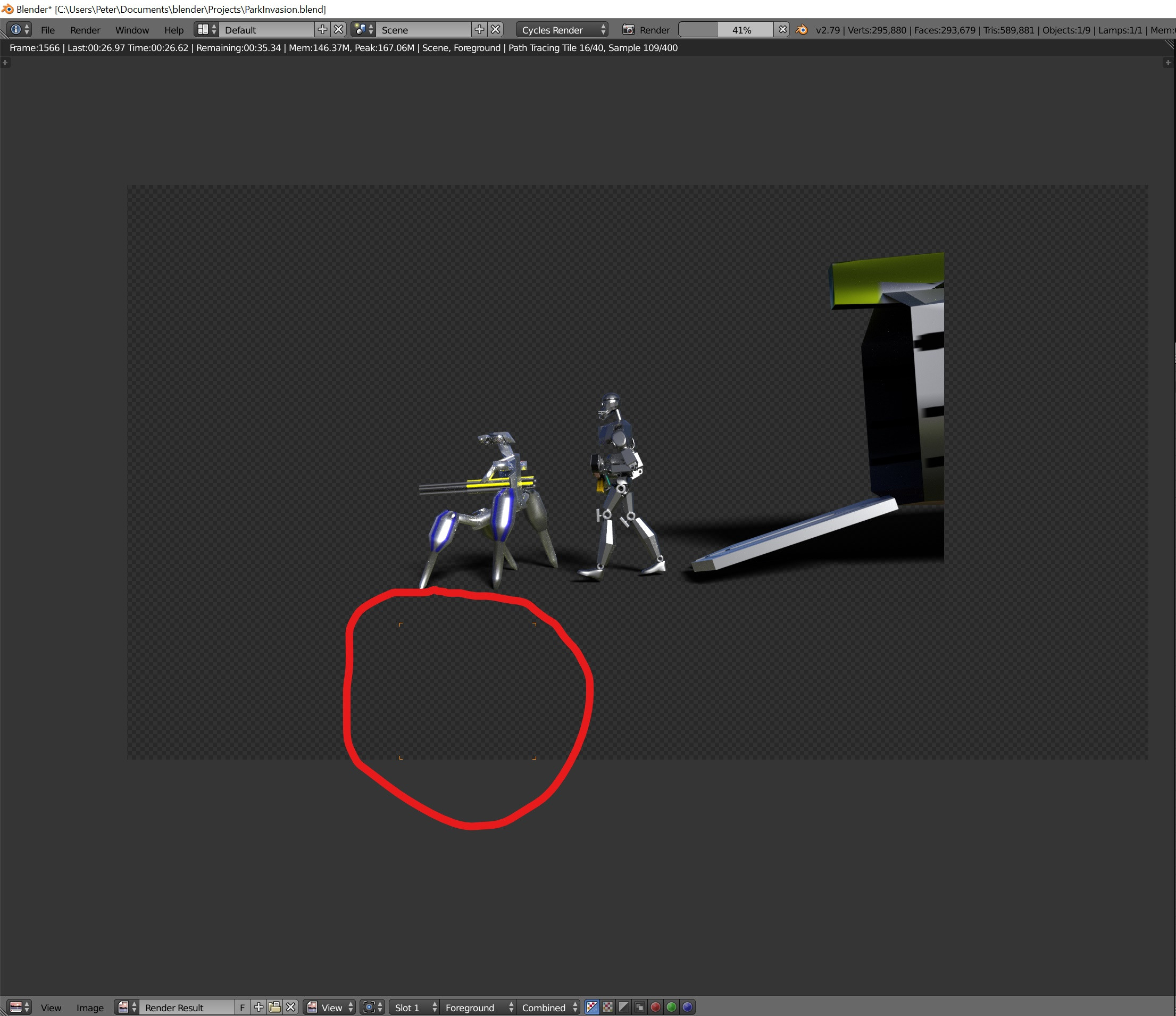 There is no automatic way.

Cycles render engine uses path tracing to render a scene. In order to calculate whether there are additional objects that might cast light/shadow in a scene, it has to calculate the whole scene based on the camera's view.

The only method for Cycles to get that information before the final render would be through pre-processing, which in the end would take more time than rendering empty tiles.

However, you can restrict the render area by using the Render Border feature. Hit 0 on the Numpad to enter Camera View, then hit Ctrl+B and draw a box around the area you want to have in your final result.

Now only the selected area gets rendered and the result gets resized to the final image's size.

11
Is there a way to have Cycles skip rendering alpha?
32
What is branched path tracing and how is it useful?
4
Blender 2.8 compositor isn't saving me any time?
0
Why will Blender render the transparent area with shadow catcher on?