I have been investigating building some terrain for a blender game engine project, I already have a camera worked up that can follow a mesh with the static physics type. The camera works. However I noticed that the camera started clipping through the terrain at some points.

I believe there is a disparity between how the physics engine calculates collisions with quads and the physical topology of the base mesh. You can see the physics visualization shows every triangulated quad has an edge drawn between the bottom left and top right corner, it doesn't accurately describe the surface. 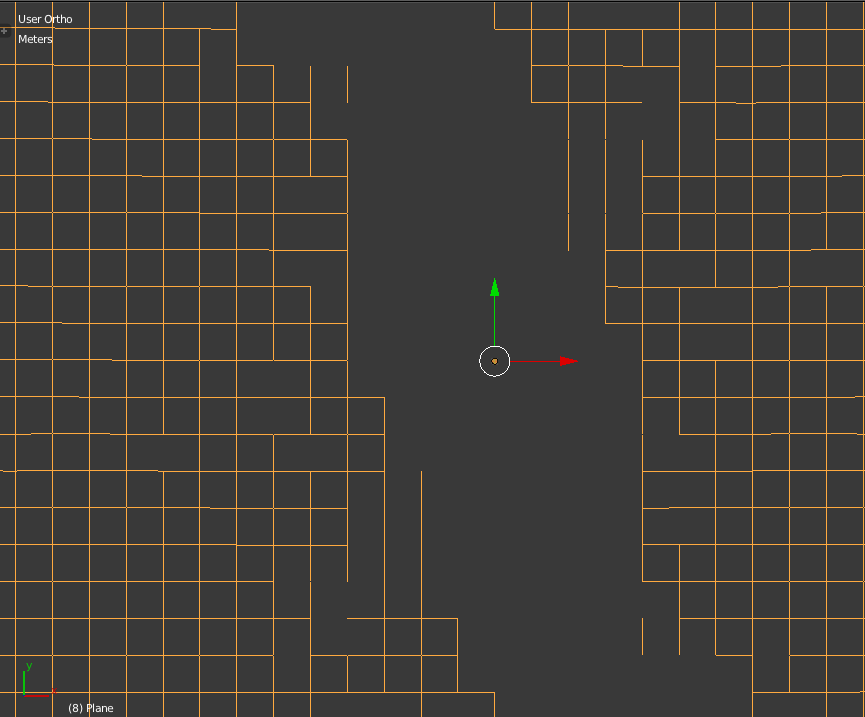 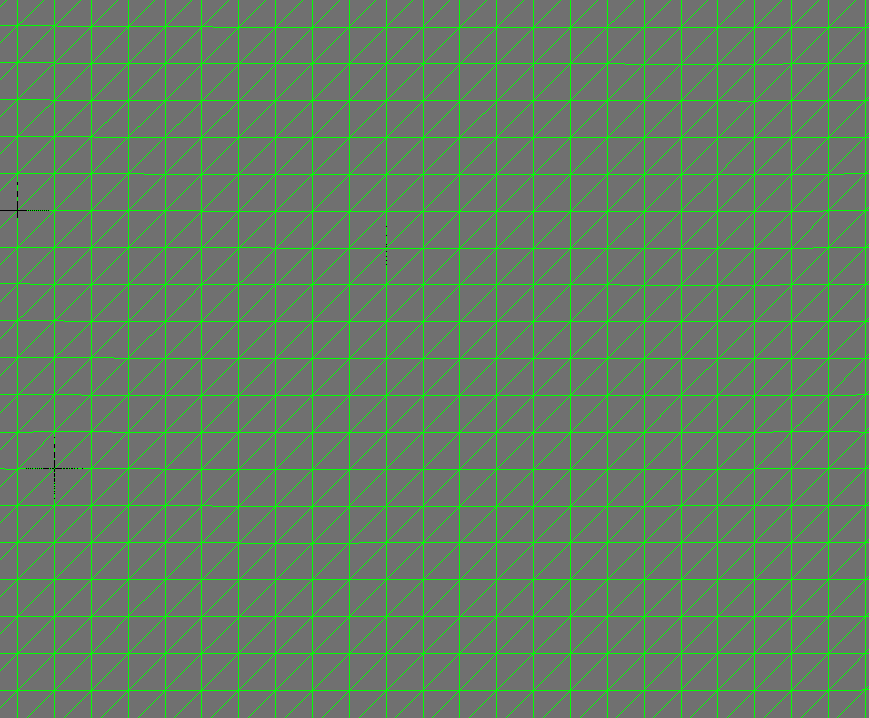 I have here, same exact same mesh explicitly triangulated with the triangulation modifier. This DOES accurately represent the base mesh. When I apply the modifier the camera works perfectly. The simulation follows the terrain perfectly, no clipping, no looking through the terrain. 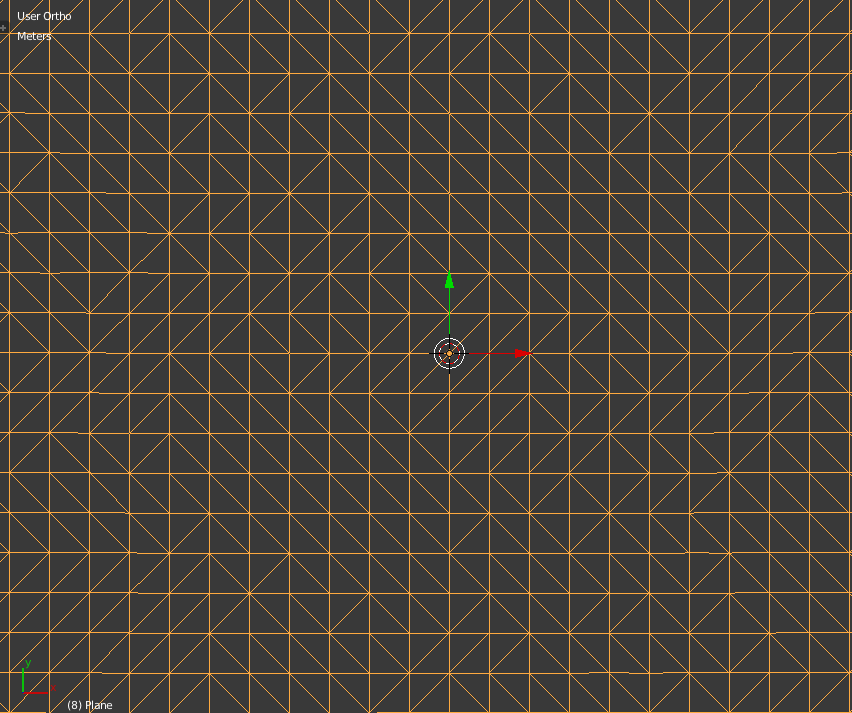 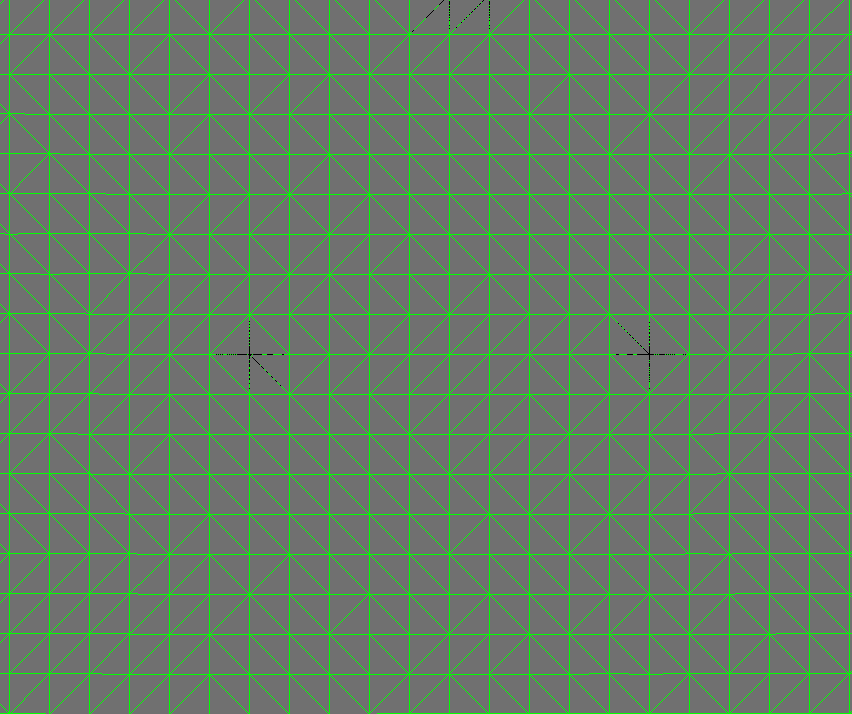 This would be great, but I plan to use benj's lodshader.py to add a much more detailed simulation surface at close distances while maintaining a low density surface at a distance to preserve performance. This script requires a square base mesh. How how can I get accurate terrain collisions with a square base mesh?

Hopefully these pictures will better illustrate the problem

This is the base mesh made of quads from an angle 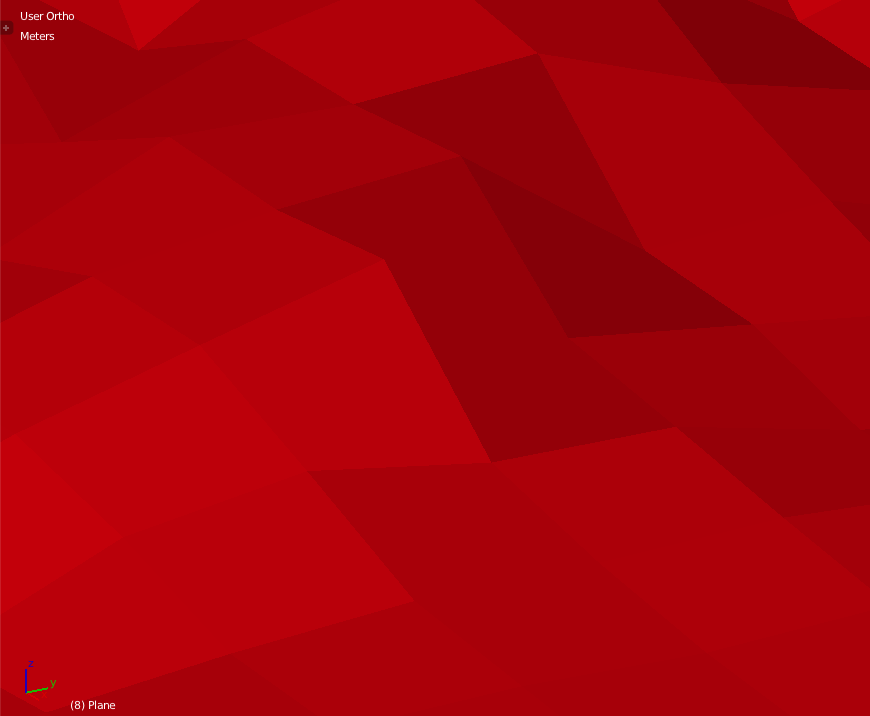 This is the base mesh with the incorrect physics visualization overlay 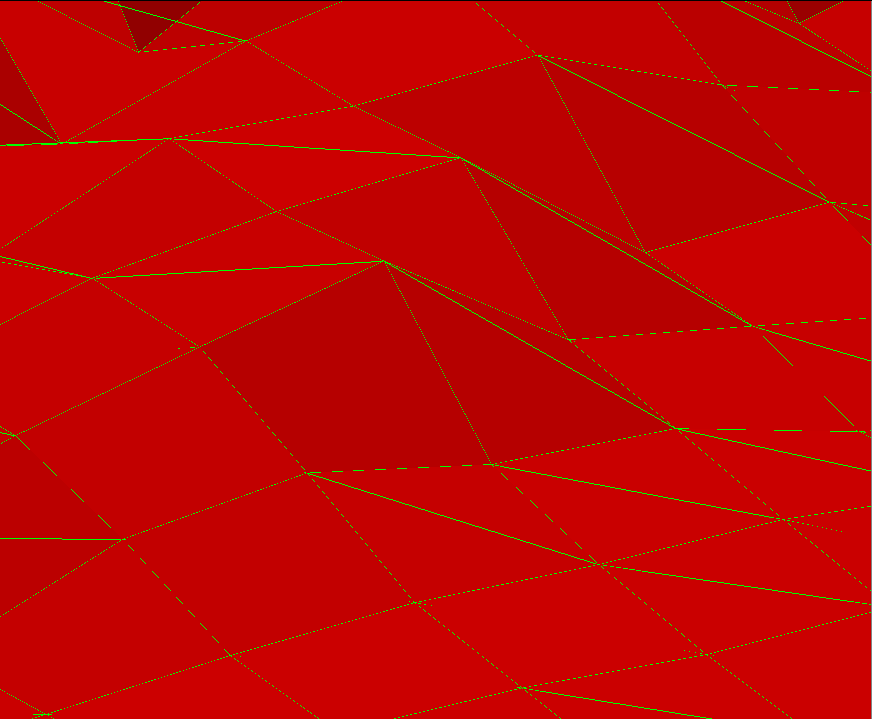 Base mesh in wireframe 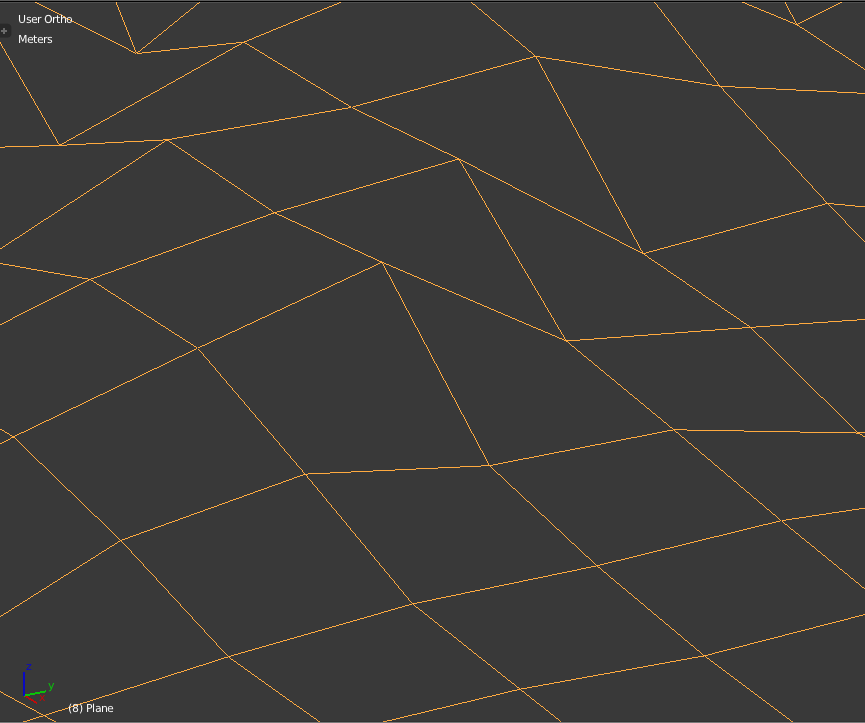 This is the triangulated mesh in wireframe 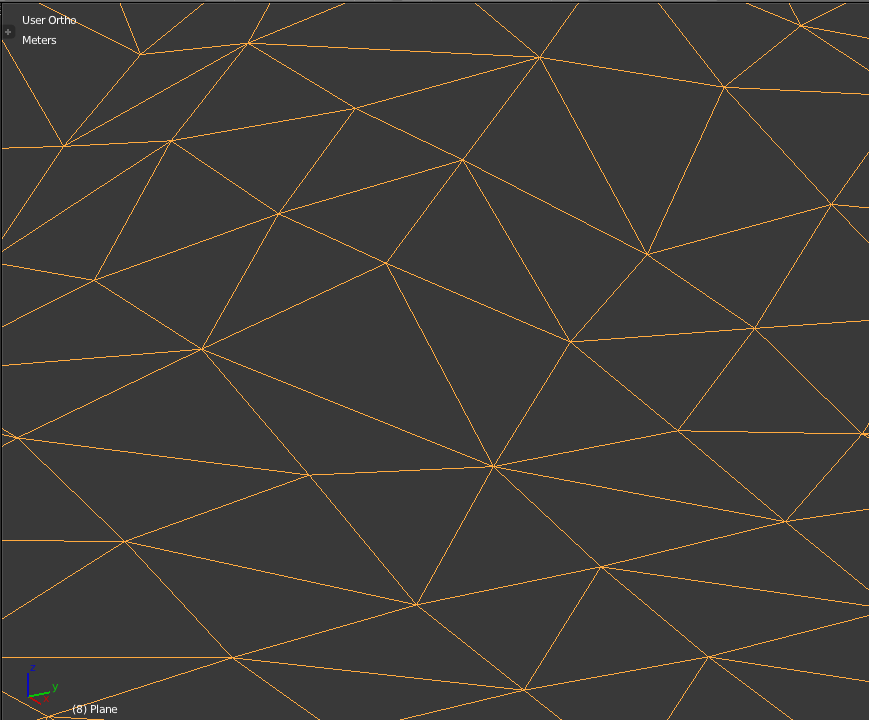 The same mesh in solid surface 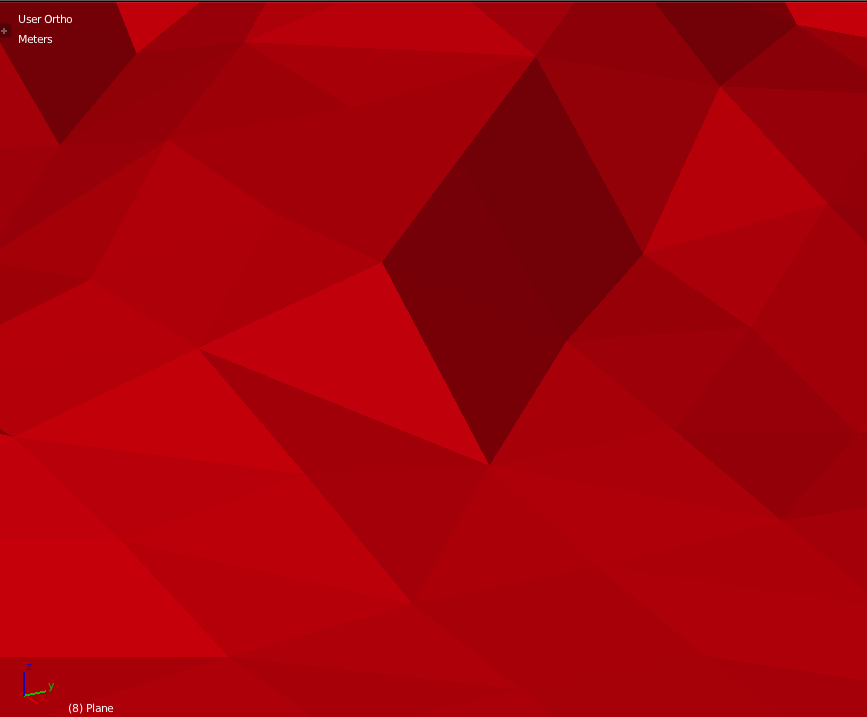 And finally the solid surface mesh, with the triangulation modifier shows the proper physics visualization that follows the surface of the mesh and doesnt allow clipping of the camera through the terrain. I need blender to do this without using the triangulate modifier 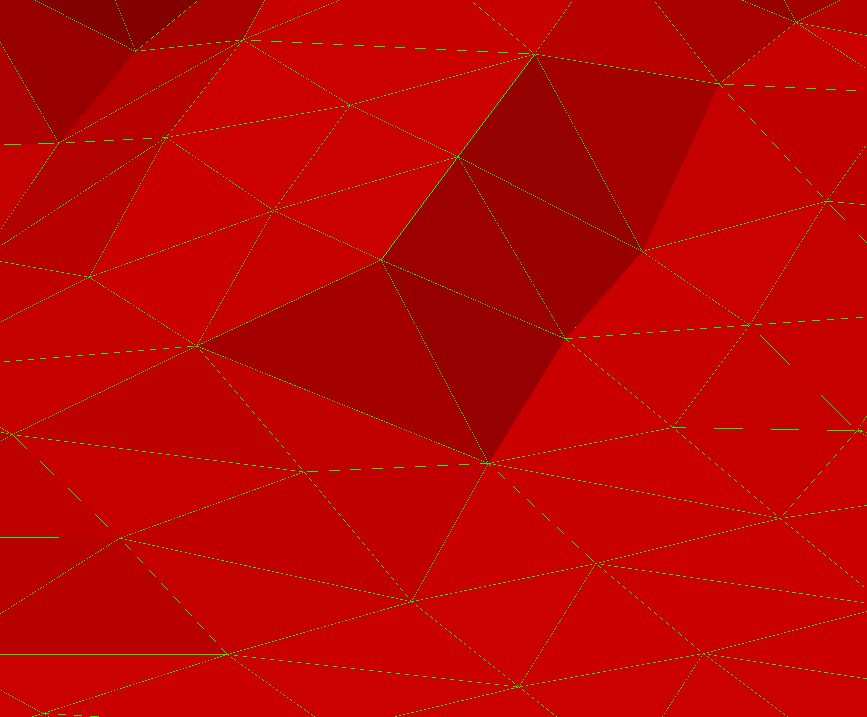 It is always a bad idea to use quads... especially when it comes to games where you have physics and collision calculations. Everything will get converted to triangles anyway, for optimisation and accuracy purposes. I couldn't exactly understand what the exact problem was, but whatever it is it would have something to do with the quads.
Always triangulate before you use your mesh for simulation. And if it is just because of this guys script that you keep a quad surface, then either edit the script that it takes in a triangulated mesh, or find a different LevelOfDetail (LOD) script.
PS: I am pretty sure he would be converting to trinagles somewhere in the script anyway, as it is not possible to get continuous LOD with quads

By default Blender does not draw an edge when its faces have almost the same orientation. You can enable the displaying of all edges by going to the Object settigns in the property panel. Under Display enable Draw All Edges: 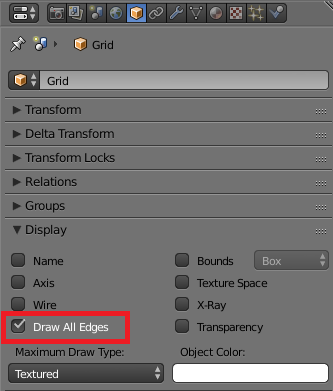 You will have to enable this option for each mesh seperatly.

Not the answer you're looking for? Browse other questions tagged mesh game-engine physics topology or ask your own question.

19
Tips for making Mesh Rigid-body collision shapes more stable
9
Tube around mesh wireframe
1
How can I update a mesh's physics while in the game engine?
2
Mesh Disapearance in Material mode
2
How to get Cloth to ignore collisions with specific vertex groups?
3
Converting the Sponza Palace ceiling into square-like faces
0
BGE: Getting rigged door mesh to update for collisions
1
Modeling - symmetrizing part of a mesh
0
I have a Mesh with an Armature. The Mesh has a "Mesh Deform" modifier, which itself has physics. Why does it break when Rendered?