I would like to be able to constrain the possible X,Y and Z locations of an armature bone to within the 3D space inside a specified mesh object, such as a cube or sphere (and eventually a custom shape). I want to be able to move the bone anywhere inside the object, but not past the walls of the mesh. This would allow complex limits of a bone's location to be added in such a way that would erase the need for an animator to pay attention to the range of motion of a bone chain - they would simply be unable to exceed the realistic boundaries of the bone's location.

I have tried a few approaches, using a sphere as a basic example, which have so far been unsuccessful: 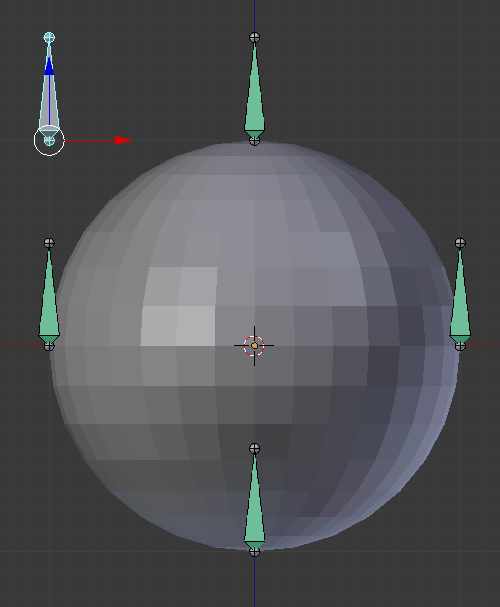 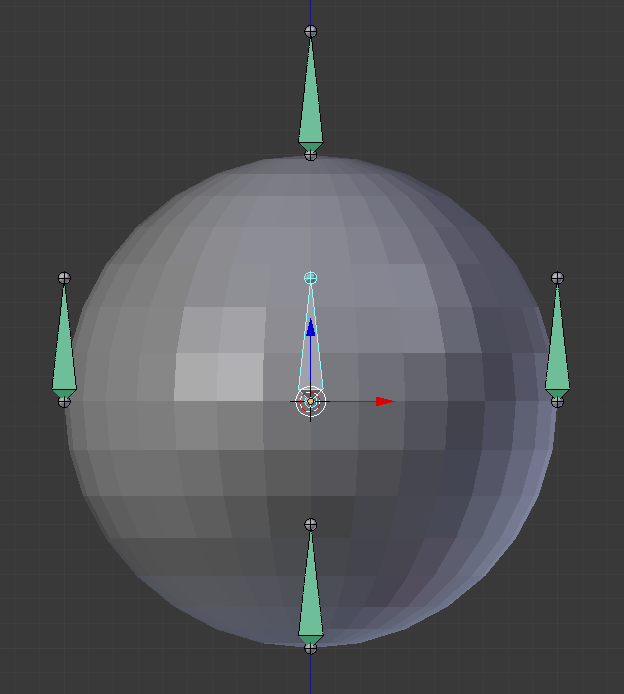 I don't intend to use this with a simple shape such as a sphere or a cube (etc.) but instead a custom shape which will represent the volume in which an armature bone that controls a character's mandible can move, so that the jaw doesn't exceed a defined range of motion. However I want to get to grips with a method on a simple object before I try anything more advanced.

I would also like to have a solution to this issue which uses blender's inbuilt features instead of a custom python script, however if necessary I'm willing to give this a go as well...

I doubt this is something which has never been tried before as it seems like a really useful concept to me. Any help is greatly appreciated.

No solution was found in the version of Blender that I was using at the time - however in version 2.8 a few more modes were added to the shrink-wrap constraint including the "inside" type which limits the movement of the bone to within a selected mesh-object. This mode does exactly what I was after: 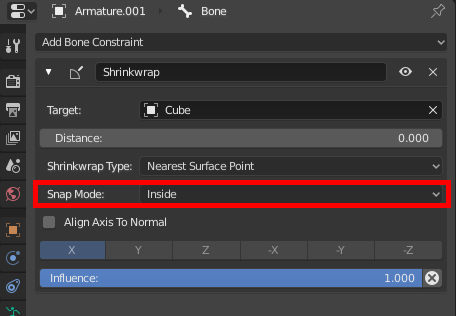 The other types of Shrink-wrap constraint now also allow you to do the inverse (ie. limit the movement of a bone to outside a mesh object).

I'm glad that this feature has been developed - it seemed like something that should have existed so good to see that it now does! perhaps it is a bit much but it is possible that the feature was added as a result of my question?

I hope this helps anyone who comes across this problem in the future!

2
How to position/scale custom bone shapes in same position as original mesh?
1
Limit length of a bendy bone?
2
constraining object to a triangle plane
0
Adapt Limit Location Constraint to Bounds of Mesh Object
0
Copy Location constraint is applied to all bones in armature even though I want to apply a different constraints to each bone
2
Bone driver on X location not working
3
Limit Rotation to keep tip of rotating bone within a circle when rotating diagonally?
0
Stretch To constraint with uniform scaling instead of stretching/deforming